Skip to content
Thank you for signing up!
Subscribe to our Newsletter
HOME » Blog » Tickled pink: Cherry blossom alternatives

Nothing stirs the Japanese soul quite like the cherry blossom. It heralds the arrival of spring and encapsulates the transience of life itself. But while the world and her husband descend on Tokyo and Kyoto to catch the blooms in early April, we recommend seeking out some more secluded spots to appreciate the spectacle away from the crowds.

When to go: February 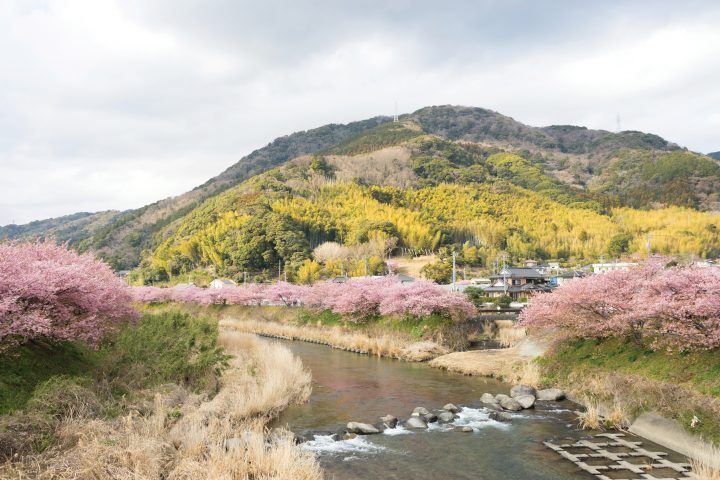 Think you need to wait until April to catch Japan’s cherry blossom? Think again! Visit Tokyo in early February and hop on a train for a scenic three-hour ride down the Izu Peninsula to Kawazu. This small town boasts the earliest appearing cherry blossom on Honshu, Japan’s main island.

What’s more, the flowers open at a slower pace than all of the other cherry blossom varieties. The blooms last for around a month, rather than the usual two weeks – so there is more time to make the most of them. Join the locals for a picnic by the river under a 4km-long stretch of pink.

When to go: Early April 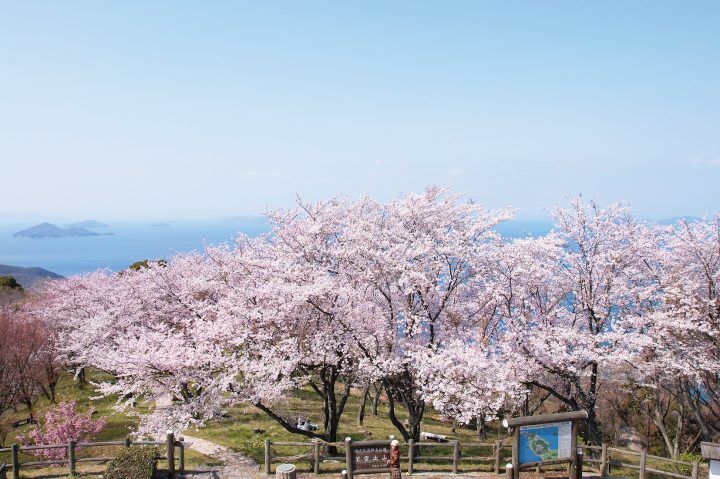 The Japanese archipelago encompasses more than 6,000 islands, so it would be a shame not to indulge in a little island hopping. Take a 20-minute ferry ride from Takamatsu (on Shikoku, the smallest of Japan’s four main islands), to Megijima.

Measuring just 1 by 4km, the island’s 200 inhabitants are outnumbered by cherry blossom trees. When they flower in early April, you can soak up the sight of pink canopies against the backdrop of the island-strewn Seto Inland Sea.

When to go: Early April 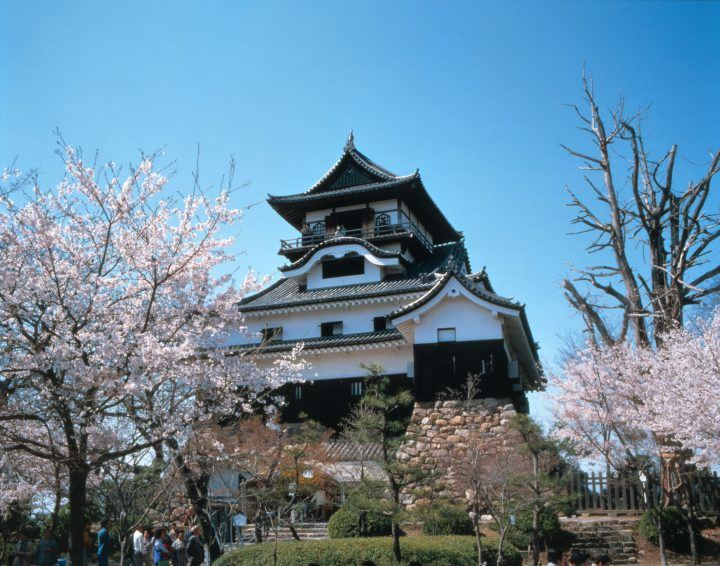 Just twelve castles remain intact from Japan’s feudal age, and all are a good bet for a cherry blossom picnic. After surviving many a natural disaster, Inuyama, built in 1537, is one of the oldest castles. It’s perched on a small hill surrounded by cherry trees – as is the nearby landscape garden Urakuen.

Inuyama is a 45-minute train journey from Nagoya, the home of InsideJapan Tours’ Japanese HQ. You may just bump into our staff here enjoying a bento lunchbox with a cheeky cup of sake (or two).

When to go: late April to early May 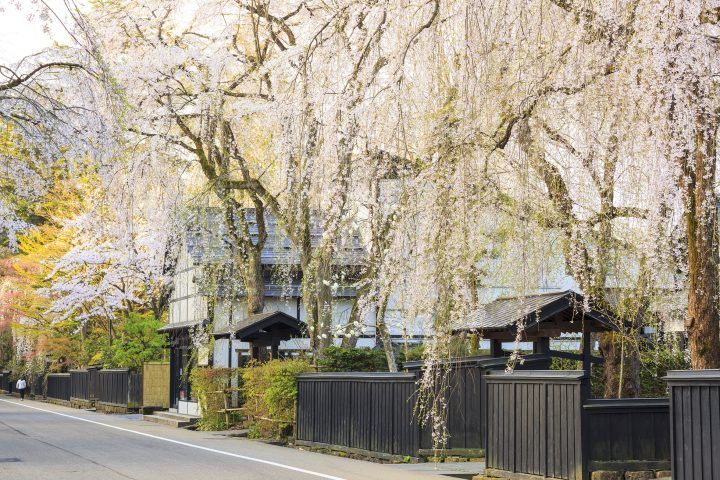 Did you think only willow trees could weep? In Kakunodate, cherry trees lament the bygone era of the samurai. Gorgeous swoops of pale pink blossoms arch to the ground amid the well-preserved Edo Period architecture.

The trees were transported here from Kyoto and lovingly cultivated by local samurai families, determined to outdo their neighbours with their horticultural prowess. Kakunodate is four hours by train from Tokyo, up in the north, so the flowers are at their best in early May.

When to go: early to mid-May 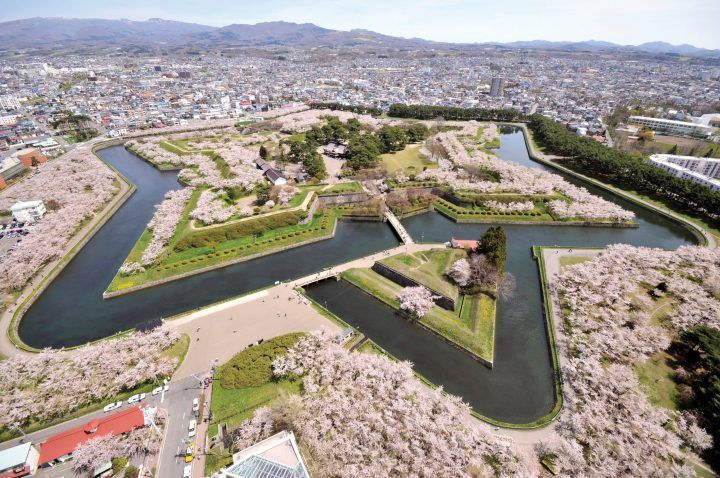 To catch the last of the year’s cherry blossoms, set your sights on Japan’s northernmost island, Hokkaido. Here we must bestow Hakodate with the “best cherry blossom as seen from above” award (if such a thing existed). Fort Goryokaku is a massive, star-shaped citadel; it was built in the late 1800s by the Tokugawa shogunate who feared an attack from Western powers.

Visit in mid-May to wander the moats lined with gorgeous pink trees. Don’t worry, you won’t need a helicopter to get an overhead photo. Just take the lift 90m up to the top of Goryokaku Tower.

For the very latest cherry blossom news, keep an eye on the sakura forecast on Japan Guide. Whether you fancy Kyoto or Kawazu, we’d love to help you plan your cherry blossom trip.

This article first appeared in East magazine, home of inspirational travel features and top tips for travelling in Asia. Sign up to get it delivered straight to your door twice a year for FREE. 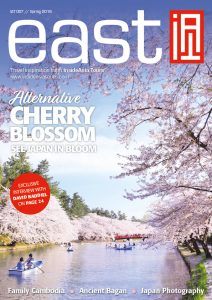