Skip to content
Thank you for signing up!
Subscribe to our Newsletter
HOME » Home » All-female Takarazuka: Japanese musical theatre with a twist

Many people are familiar with Japan’s traditional male-only Kabuki theatre – an ancient art form that continues to this day. Fewer people know that there is a modern counter-part performed entirely by women; Amy was lucky enough to see the all-female Takarazuka Revue perform this year. 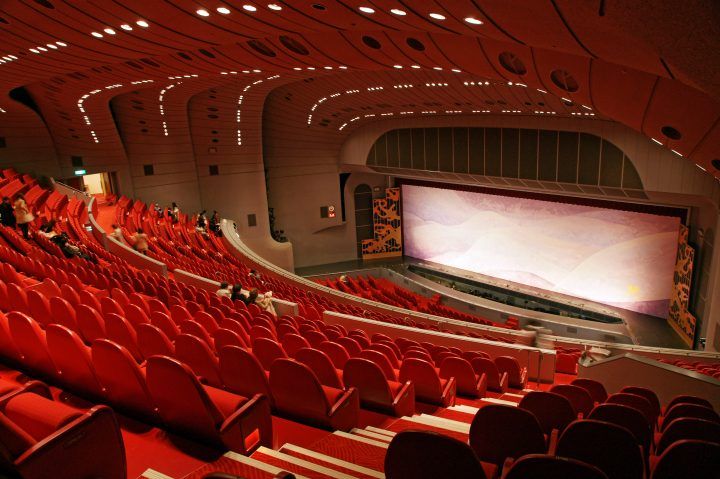 A babble of excited voices rumbles as everyone settles into their seats. The lights flicker, then dim and the babble fades to a hum, then a whisper, then silence. In the darkness the curtain is lit a bright and cheerful gold as a resonant voice fills the space. There’s a collective breath as everyone in the theatre prepares themselves for the extravagance about to unfold.

Welcome to the Takarazuka Revue. 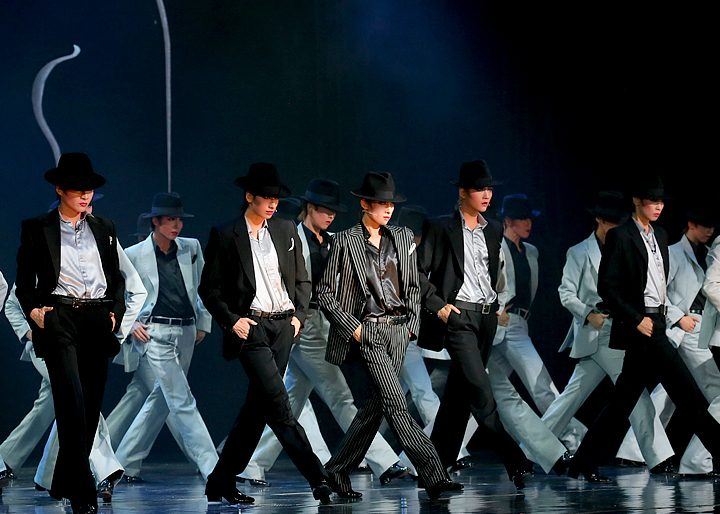 The traditional all-male Kabuki focuses on classic stories, and old-style Japanese historical themes. But Takarazuka is a celebration – music, dance, acting, and a LOT of sparkle. The ladies of Takarazuka combine a short play and an over-the-top musical cabaret to create an unforgettable performance. 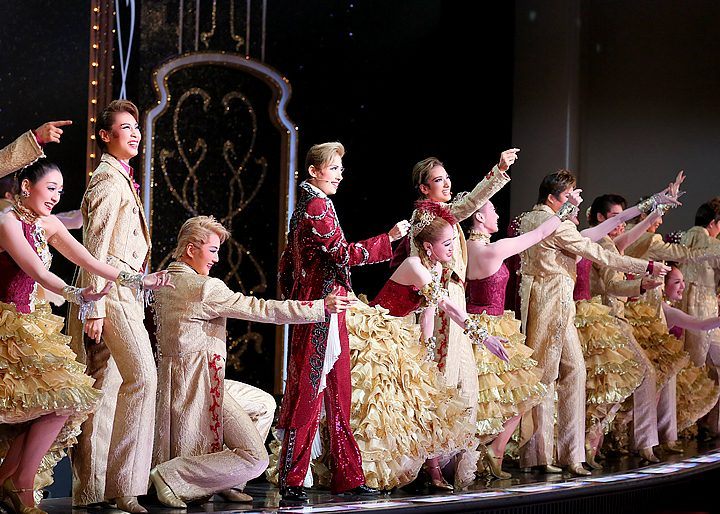 The history of the Takarazuka Revue

The Takarazuka Revue has been around for more than 100 years. Founded in 1913, it started as a way for the president of Hankyu Railways to boost sales of train tickets to Takarazuka, a city known for its hot springs. Founder Kobayashi Ichizou opted for an all-female cast as a direct parallel to the all-male casts of Kabuki. He also wanted to take advantage of the growing national interest in Western style theatre performances.

In 1927, the first musical revue was a giant hit! 25 years later, the Takarazuka Revue was not only was going strong at home, but overseas as well with international tours in Europe, Asia, and North America.

Currently, Takarazuka has a huge fan-base across Japan; some official fan club members see a performance at least once a month. The theatre is quite grand and extravagant with cafes, gift shops, and a wide lobby. In the lobby portraits of the stars line the walls, dazzling smiles and all. Getting a ticket is not easy, but well worth the challenge. 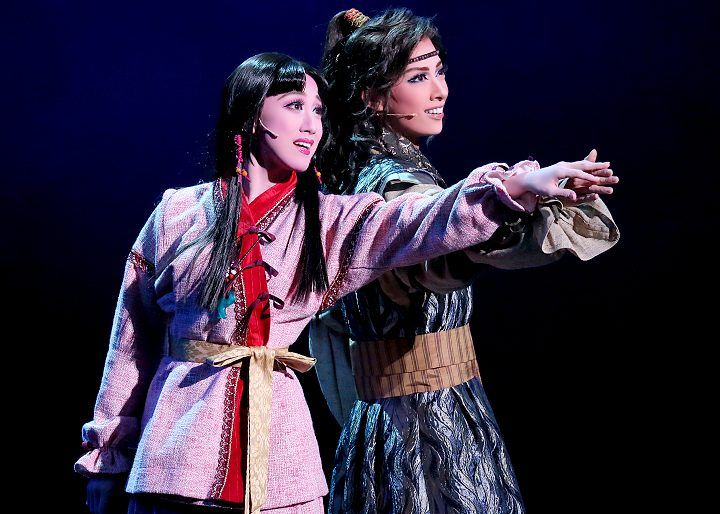 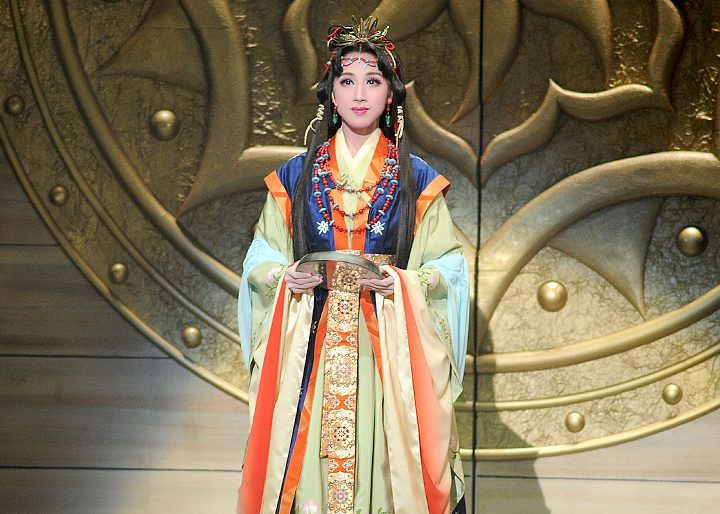 Each performance starts out with a play. One month it might be a historical fantasy like The Wind over Yamatai Country – a story about a young man who learns the art of war in order to avenge his family, only to fall in love with a powerful shaman who can hear the gods. Or Western stories like Roman Holiday – based loosely on the film starring Audrey Hepburn. Sometimes there are also adaptations of well-loved manga stories like Sailor Moon. These plays last about an hour and a half, with plenty of action scenes, drama, and of course, romance.

After the first performance has finished there is a short intermission. During this time snack vendors abound, and most guests enjoy a small lunch in the lobby or at one of the nearby cafes. When the lights dim everyone heads back inside for the real treat – the Takarazuka Revue!

With bright lights, a full live orchestra, and the infamous Takarazuka grand staircase, you are treated to a musical cabaret. Although reminiscent of French Cabaret and Radio-City Rocket-style performances, the Takarazuka Revue has a charm all of its own! With top quality dancing, elaborate numbers done perfectly in unison to the music, and the over-the-top costumes. The second part of a Takarazuka performance feels like a party. 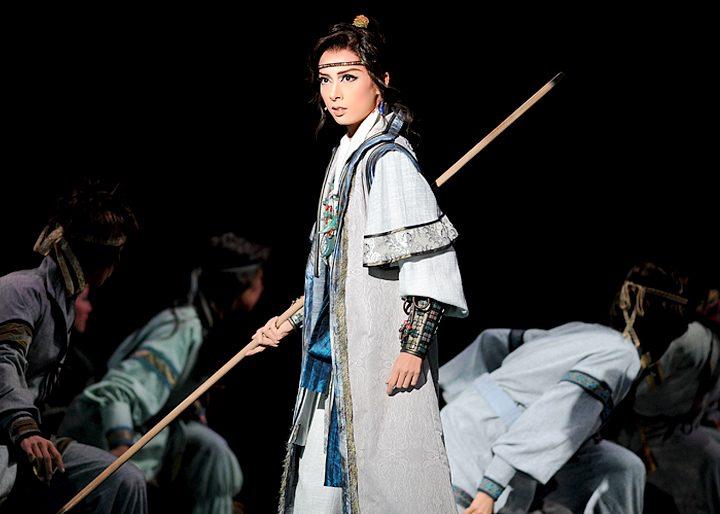 The costumes for the revue start out relatively simple, albeit very sparkly. Simple well cut suits and dresses. Then gradually they get larger. Clean cut simple lines lead to frills, lace, and capes; with each consecutive number the dresses get even more sparkly and extreme. The finale of the show always involves the grand staircase and the largest costumes of all – feathers, sequins, capes and all!

If you are interested in theatre performances or just a great time, a Takarazuka show is like nothing you will have ever seen before! 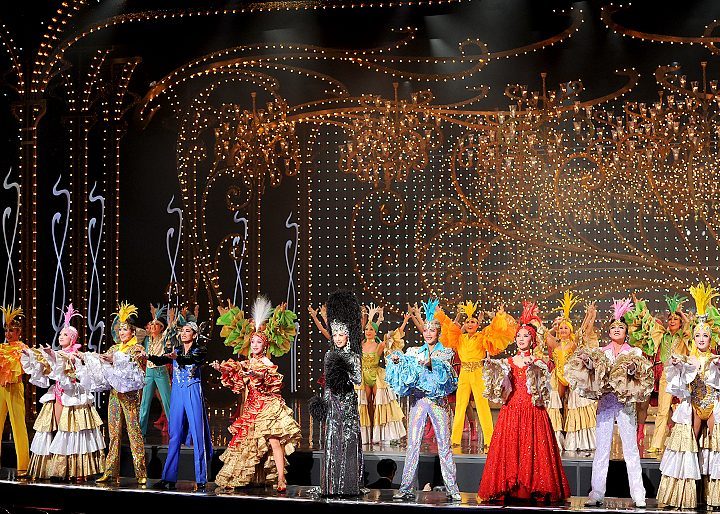 All photographs courtesy of Takarazuka Revue.

Add a trip to Takarazuka Grand Revue to any InsideJapan vacation; contact our team for more information. 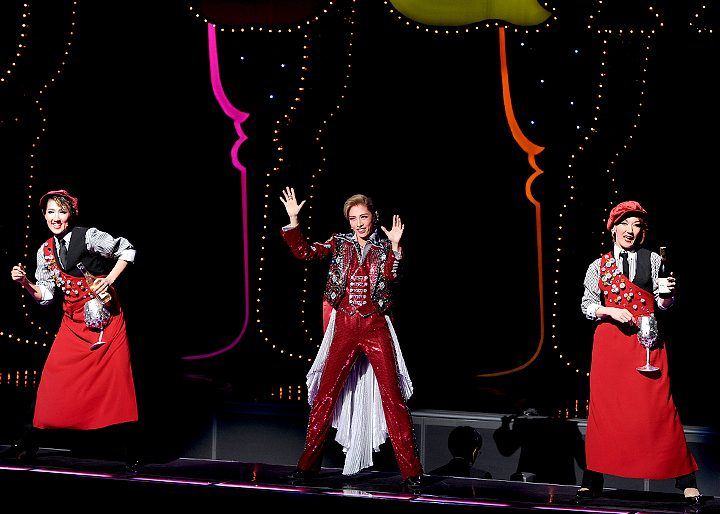