Skip to content
Thank you for signing up!
Subscribe to our Newsletter
HOME » Home » Travel to Japan in October

PR & marketing assistant Claire recently returned to our Bristol office after spending two weeks in Japan during October. Here’s her lowdown on everything from the weather to the best places to spot Halloween costumes.

Here at InsideJapan, one of the questions our travel consultants frequently get asked is “when should I go?” or “what is the weather like in such and such month?” October is one of those months where it’s near impossible to give a straight answer! Here’s my take on what to know about travelling to Japan in October.

1) The weather is notoriously unpredictable 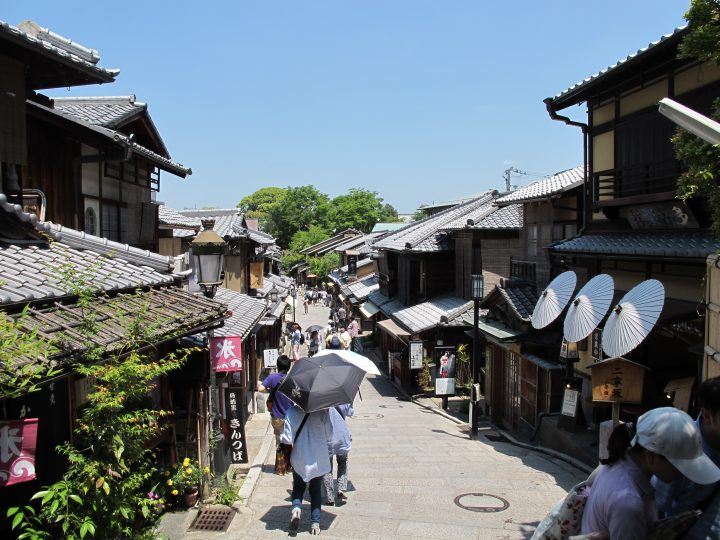 As a general rule, the hot, humid days of summer and the typhoon rains have passed by the end of September. The average guide book tells you that ‘temperatures are ‘pleasant’ and ‘mild’, but that you should expect cooler temperatures in the evenings’. Whilst that is solid advice, there’s a danger that first-timers to Japan will leave their shorts, dresses and t-shirts at home.

It’s not uncommon to get a scorcher of a day in October… nor is it uncommon be caught out in a sudden deluge. I was in Kyoto at the start of October and the mercury (easily) tipped 30°C. For someone unaccustomed to sweltering heat, an action-packed day of sightseeing became significantly more challenging; I was thankful for the surfeit of vending machines to keep me topped up with isotonic drinks. 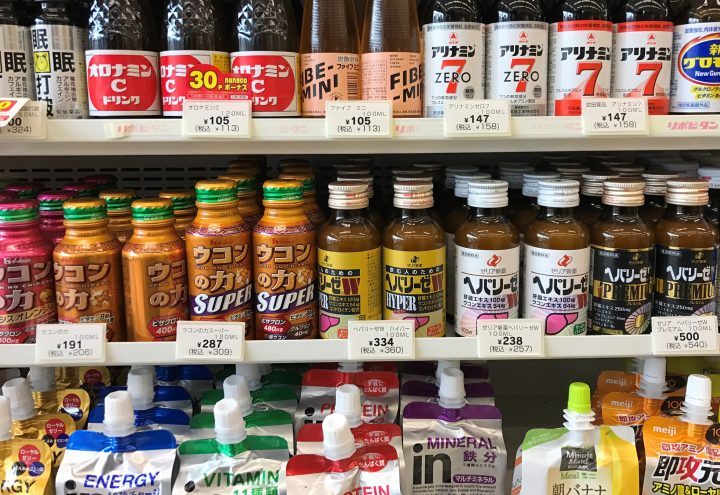 Temperatures also largely depend on where you are Japan. Mountainous and rural regions are significantly cooler than urban areas at this time of year – given that tourists typically travel around, packing suddenly becomes even more complicated!

My advice to anyone travelling to Japan in October is layers, layers, layers! Definitely pack at least one summer outfit, sunglasses and sun cream, but also remember to pack a light jumper, wrap or fleece. A light rain coat and/or umbrella is another prerequisite. You can probably afford to leave the winter coat at home.

Get a comprehensive overview of weather and events in Japan.

Tourists are often caught out by early sunsets – I know I was. In October, twilight will be upon you sooner than you think – typically around 5pm – 5.30pm. Whilst Japan has no shortage of places that come to life after dark,  if you are spending a long day walking or exploring rural areas it’s well worth being aware. It may sound obvious, but it really pays to get up early to make the most of your day.

For the most part, anyone travelling to Japan in October will be too early to see the spectacular autumn leaves. The northern reaches of the country, where the koyo front hits first, is the exception. So if you’re on a mission to get that picture-perfect autumn leaves shot, Hokkaido or Tohoku are the places to go, and the Hachimantai mountains is a particularly good shout.

I spent most of my time in Shikoku on my trip so there was a distinct lack of autumn foliage. The only time I got any impression that ‘the change’ was on its way was while touring the temples in Kyoto. For anyone taking a Golden Route itinerary in early October, it’s best not to expect autumn colours; that way, anything you do see will be a bonus!

Best places to see autumn leaves in Japan by month 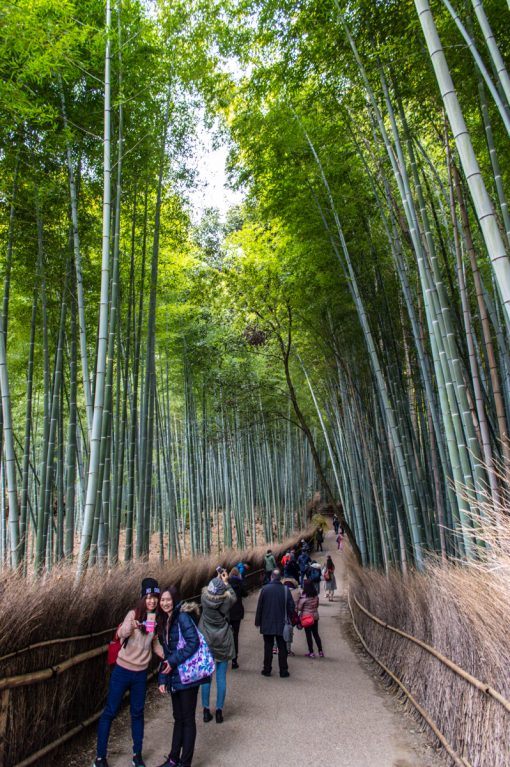 On the second Monday of October, the Japanese celebrate the anniversary of the opening of the 1964 Tokyo Olympic Games with a public holiday. This is known as Taiiku no Hi – Health Sports Day. By and large, tourists won’t be directly affected – the trains run as normal and the majority of shops, hotels, restaurants and services are open.

What it does mean though is that a) the popular sightseeing spots will be significantly more crowded and b) the best hotels in Kyoto and Tokyo will book up early (as I learnt the hard way). I visited Kenku- ji and Arashiyama on Health Sports Day this year and there were a lot of school groups and domestic tourists. 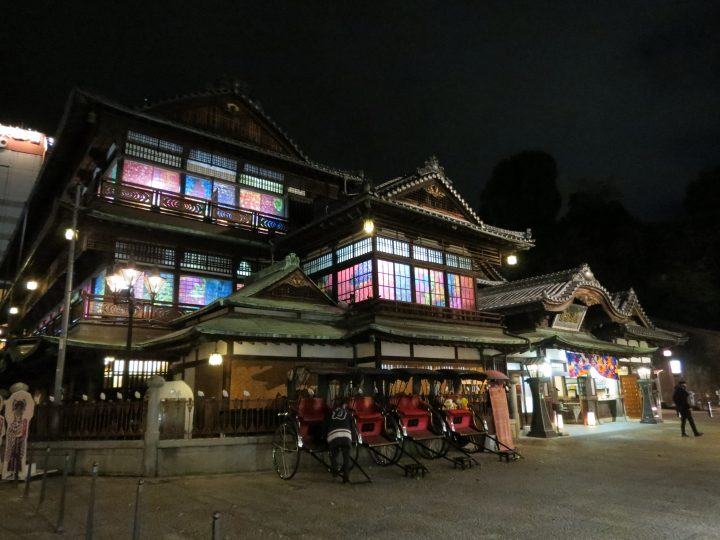 Some of the best festivals in Japan take place in October – a fun way to get an insight into traditional Japanese culture. More often than not there will be a parade with music, dancing, intricately decorated floats and people dressed in traditional costume. (As an added bonus, there’s usually plenty of food and free-flowing sake too). Unfortunately, I was one day too early to witness the ‘clashing of heads’ outside Dogo Onsen for the Matsuyama Autumn Festival! 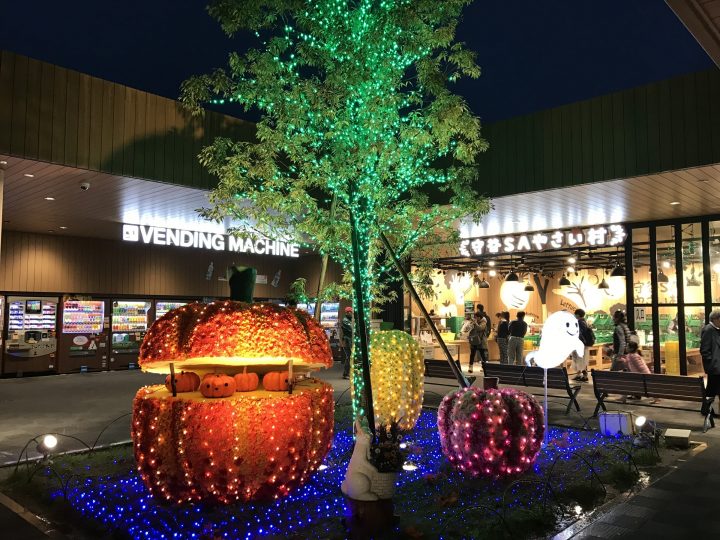 Halloween is big in Japan! The Japanese don’t tend to go in for trick and treating, but they don’t need much persuading to dress up. Walking around Harajuku offers photo opportunities aplenty at the best of times, but this is magnified tenfold at Halloween. Be prepared for lots of zombie encounters…

There’s always a good time to visit Japan, get in touch with our team to plan your holiday. 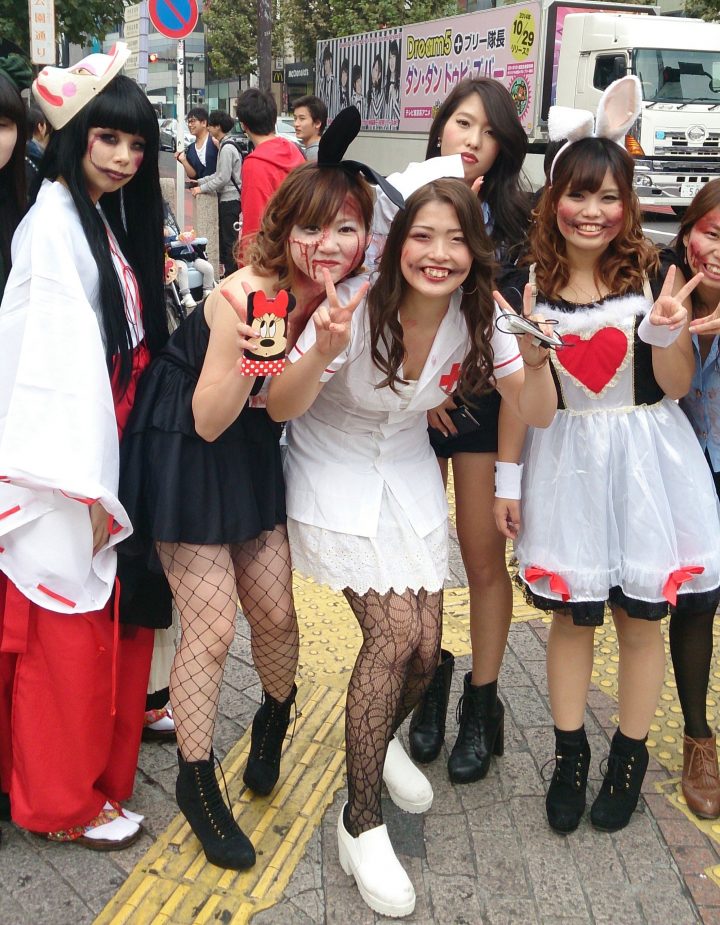