Skip to content
Thank you for signing up!
Subscribe to our Newsletter
HOME » Blog » Himeji Castle: A World Heritage Site at the heart of the community

Catherine recently headed to Japan to explore the city of Kobe and its environs. As part of her trip, she made time to see Himeji Castle – Japan’s biggest and most famous feudal castle. Read on to find out how she fared…

Himeji Castle is widely considered Japan’s most beautiful castle, and following several years of refurbishment work, it has now emerged from the scaffolding to reclaim its crown. In December I was lucky enough to visit the castle on what turned out to be a particularly memorable day: the 23rd anniversary of it becoming a World Heritage Site.

As I emerged from Himeji Station, the castle was instantly visible, towering over the city at the end of a long road of shops and department stores. Drawing closer it became obvious that something special was happening. I was surrounded on all sides by old Japanese people carrying brushes, brooms and rakes, and a stream of well over 100 high school students clad in PE kits sailed passed my on their bikes as I went to enter through the main gate.

It soon became clear that there was a massive clean-up operation taking place to celebrate the castle’s World Heritage anniversary. Group after group lined up on the large grassy area in front of the castle to receive their instructions. The whole area was a hive of positive activity and happy chatting voices. The fallen leaves were being swept and collected on to vans, and primary school children were collecting up rubbish by the sides of the path (or in some cases chasing plastic bags around in circles).

All entrance fees were waived for the day, and the queues were immense as masses of local people made their way in to see the castle. Listening into the conversations around me there were old people who had not visited in years, and young families wowed by their first visit. I felt lucky to visit the castle at a time when so many people from the local community were clearly taking such pride in “their” castle.

Although it was particularly crowded on the day that I visited, Himeji was by far the most spectacular castle that I have seen in Japan – and I saw a good few in the four years that I lived there. My top recommendation is to climb the steps to the top of the castle in your socks, rather than the very slippery slippers you are offered. 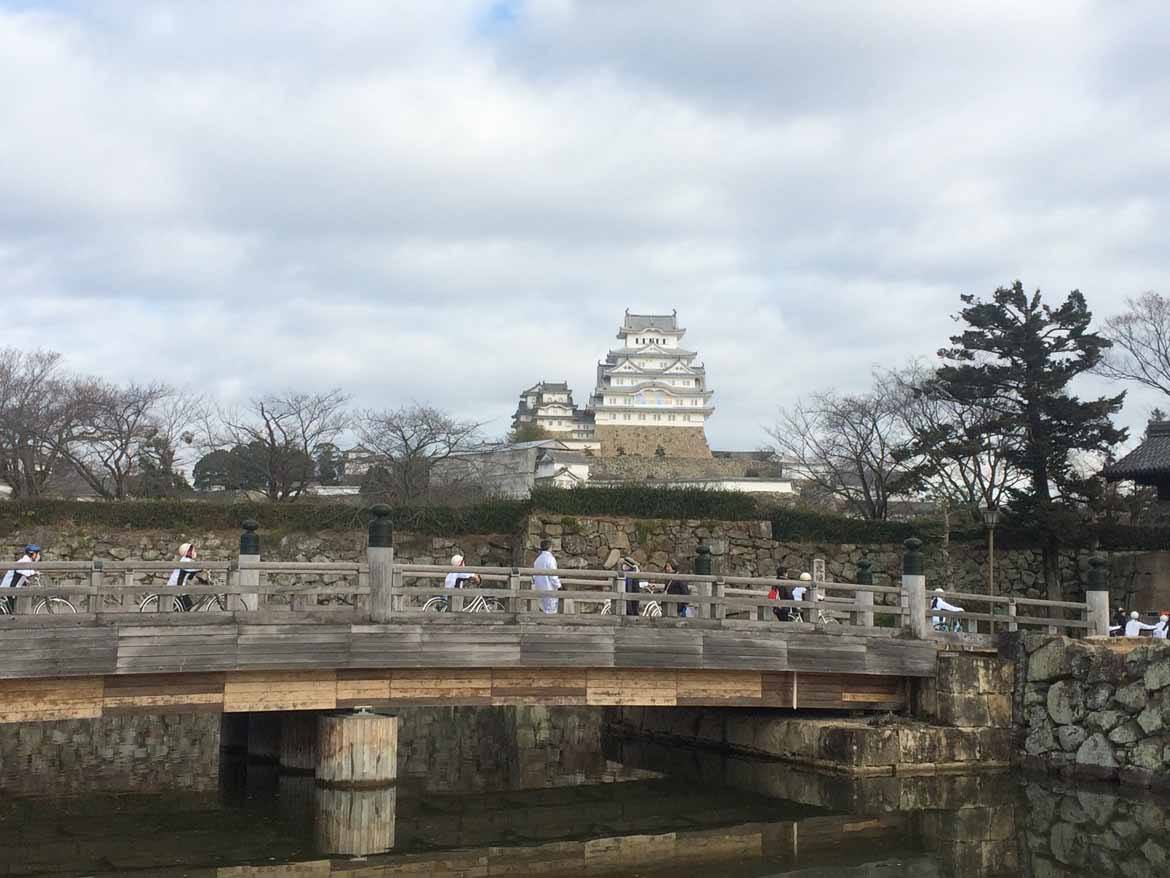 If you are planning a trip to Japan and would like to make a visit to Himeji, have a chat with one of our travel consultants and they’ll work it into your plans.