Skip to content
Thank you for signing up!
Subscribe to our Newsletter
HOME » Blog » 8 Things to look out for when in Akihabara

Akihabara is truly the Japan’s capital of “otaku” – often translated as ‘someone who has obsessive interests in video games, manga, anime, electronics and the like’. There’s more manga and anime in this little district of Tokyo than exists anywhere else in the world. But whether you consider yourself a fan of such things completely misses the point; this neighborhood is a traveler’s dream because it is unlike anywhere else any of us have ever been and will ever go to. And isn’t that why we travel in the first place? 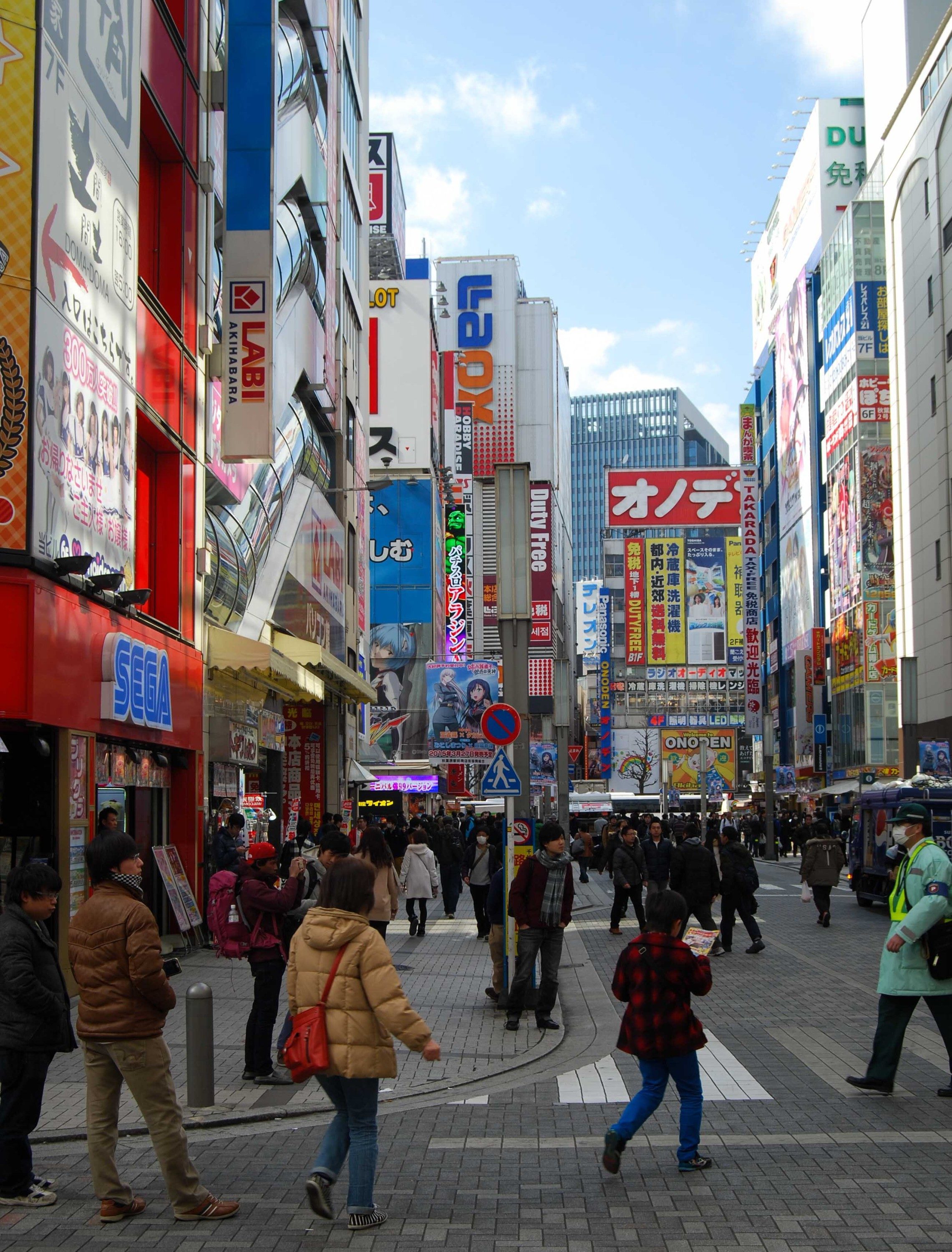 In a simple stroll through “Akiba” (as it is commonly and affectionately known by most Tokyo-ites) there are more things to point out, talk about and be astonished by then would ever fit in a single blog post so instead I’ve chosen 8 things that I love about this quirky part of town. If you are coming to the area be sure to keep an eye out for the following!

8 Things to look out for when in Akihabara… 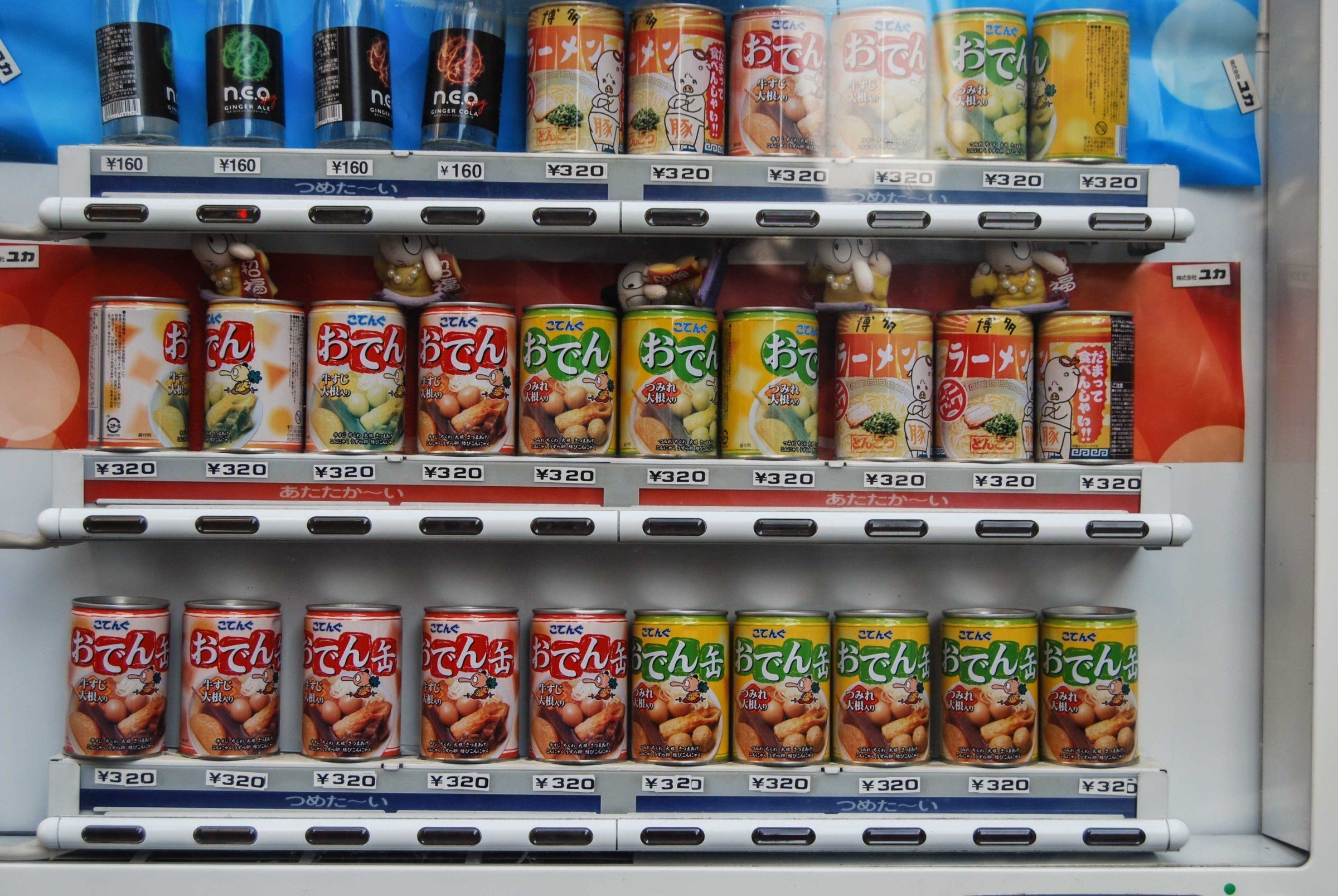 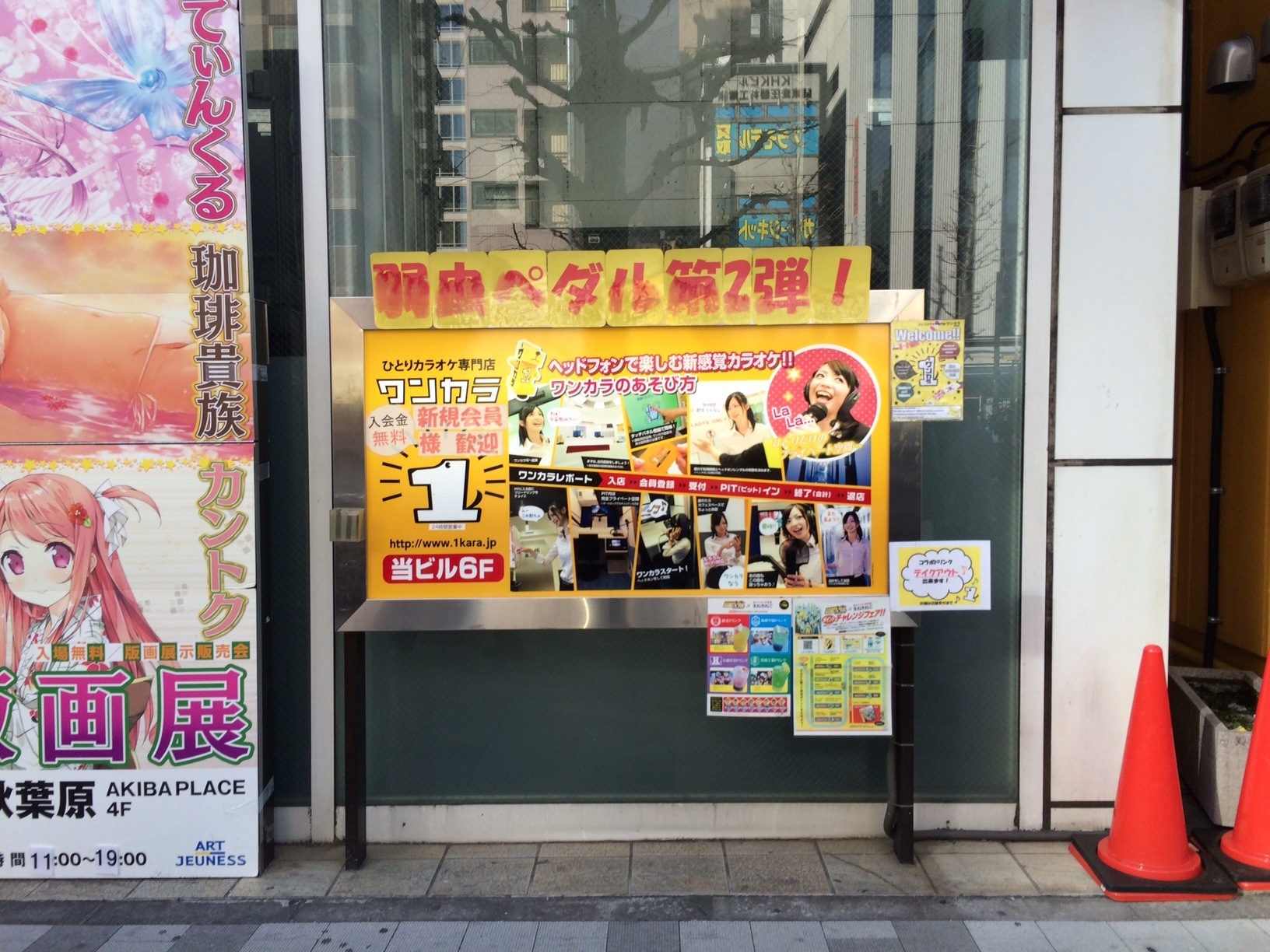 2) In Japan, as in most places, karaoke tends to be a social event. Something you do with your friends or even family to have a bit of fun and enjoy one another’s company, if not their singing voice. But in a neighborhood known as a haven for nerds and outcasts it is no surprise that you can find one person karaoke booths. The perfect place to let out your inner rock star or let off some steam, perhaps by belting out a few Journey songs (an advert for the booths is pictured above). 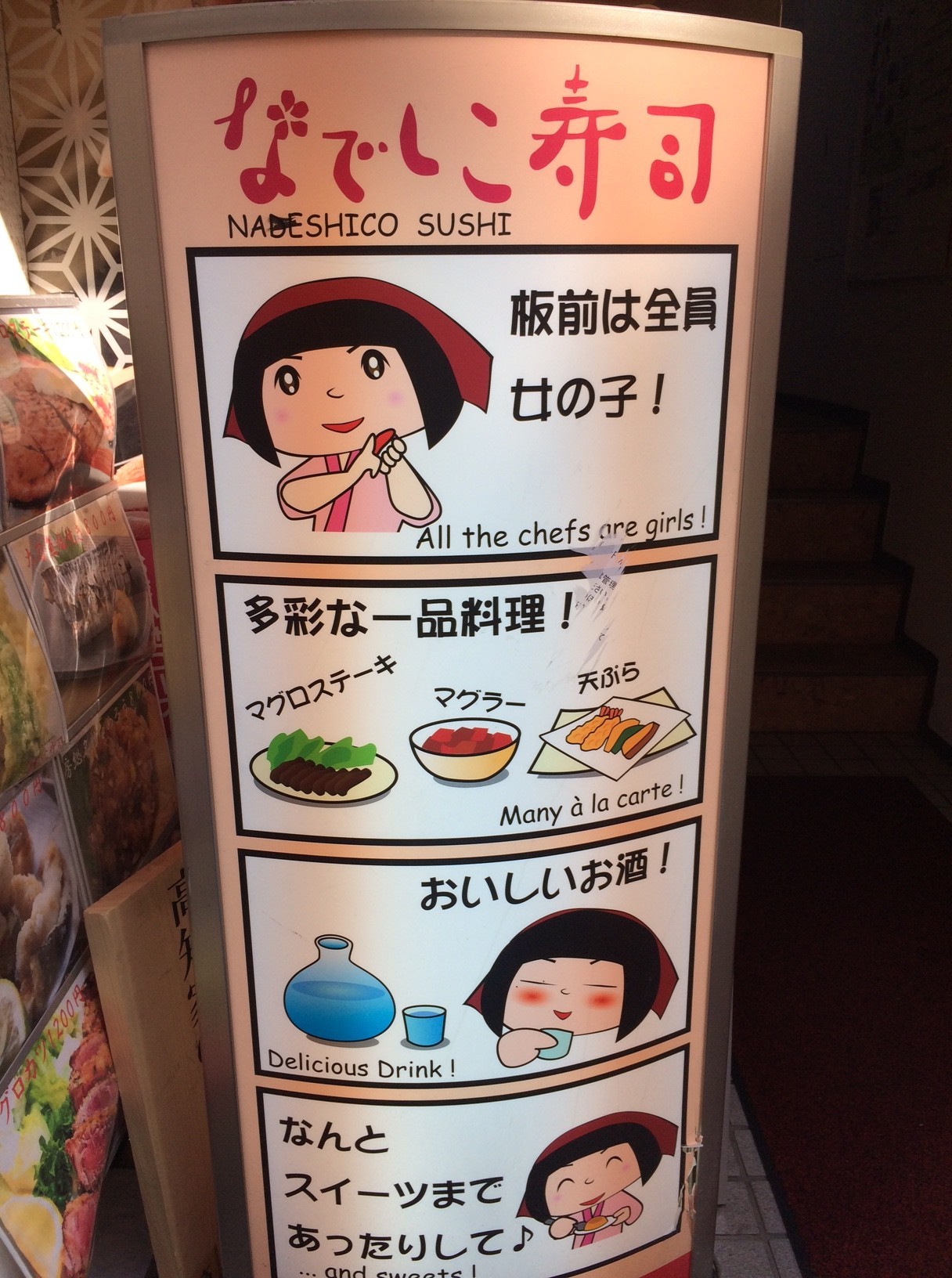 3) Sushi in Japan is a craft, even an artform at times. It has spread throughout the world but there is nothing like the sushi that can be had in one of Tokyo’s premier upscale sushi shops. Unfortunately, sushi chefs have traditionally been and remain almost entirely male. This is largely said to be because most women’s hands are too hot and this in turn affects the flavor of the sushi. But in Akihabara you can put that myth to the test at this all girl sushi restaurant (pictured above is Nadeshiko Sushi – http://www.nadeshico-sushi.com). 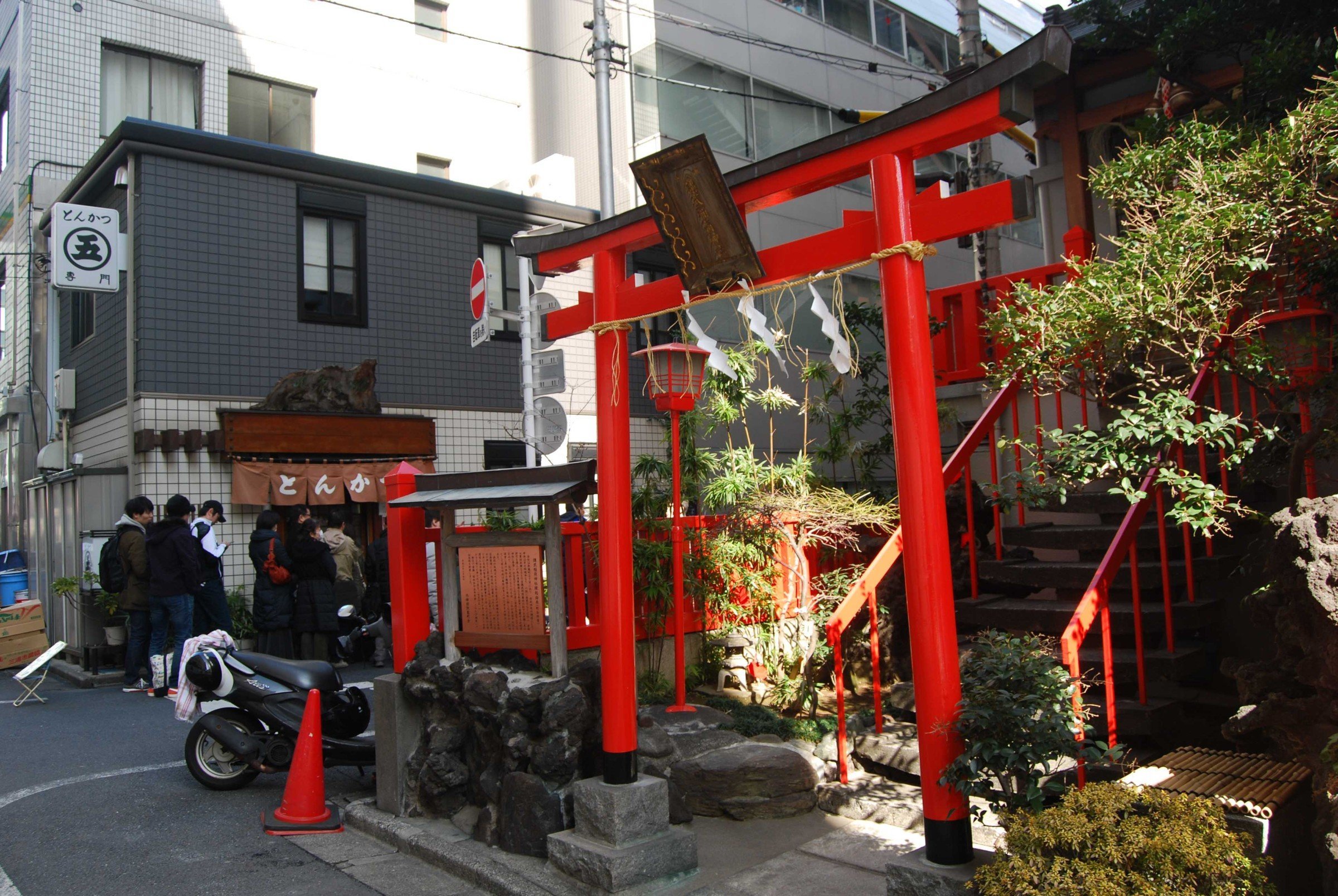 4) Akihabara is closely associated with electronics and it is known for being at the cutting edge of manga, anime and the Japanese video gaming world so it can be quite a surprise to see all the traditional culture that remains side by side the bright and brash billboards and advertisements. Visit a local Shintō shrine or stop off at a traditional eatery while strolling about. 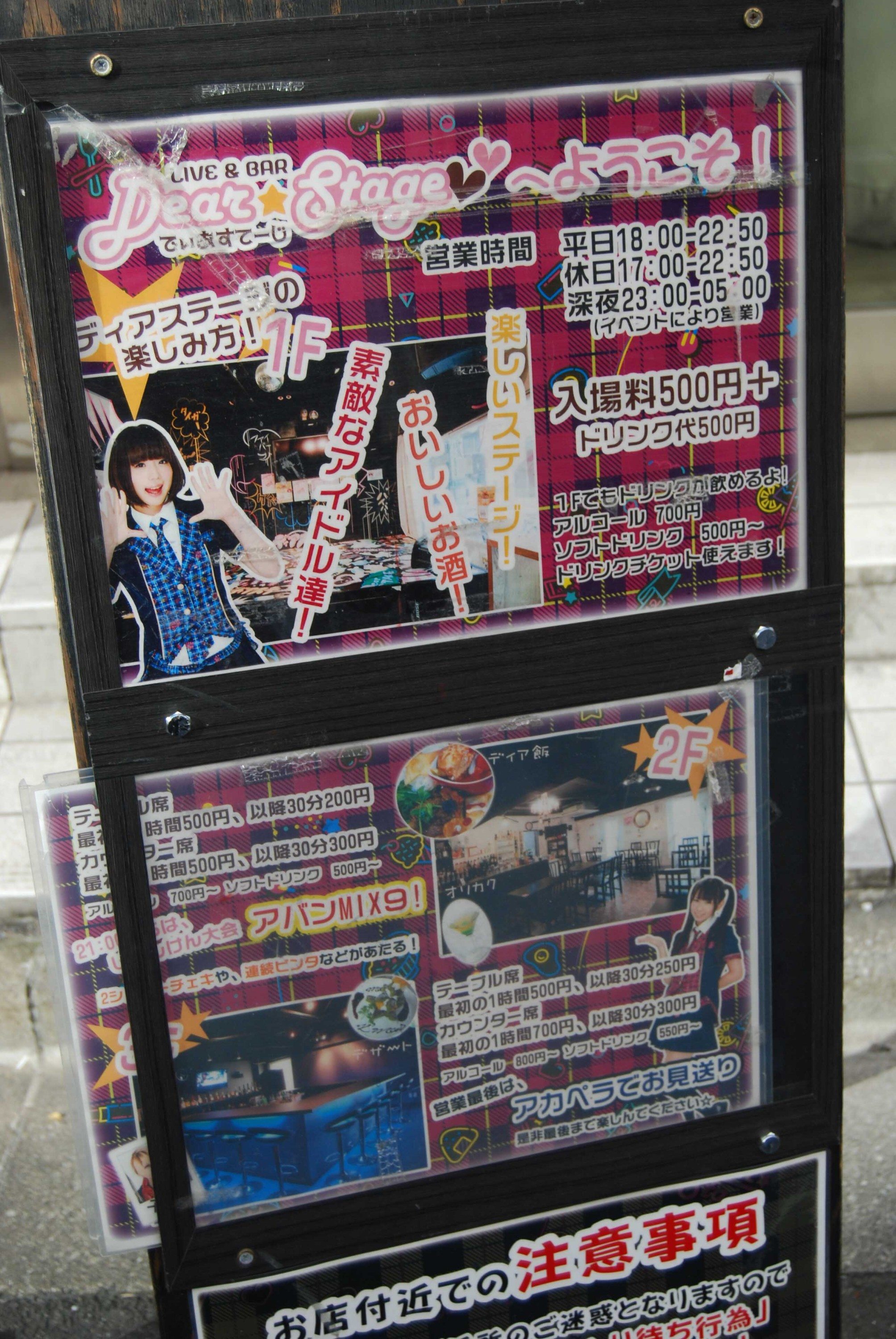 5) One of the things that brought Akihabara to the forefront of otaku culture was the ability to see live music shows by “idol” groups on a daily basis. Although these no longer take place on the street like they used to, you can still see some talented and fun shows every day of the year. Both during the day and at night are venues where you can let your inner fan shine. Find an idol club and dance your cares away while waving different coloured light sticks (the venue pictured above is called Dear Stage and typically has live shows everyday from 5-6pm till around 11:30pm – http://dearstage.com).

6) Not pictured but entirely worth checking out are Akihabara’s retro video game arcades. Sure it’s fun to come and see the newest gadgets and most up-to-date driving and shooting games but nothing will bring you back to your childhood faster than a go at one of the games you grew up playing! 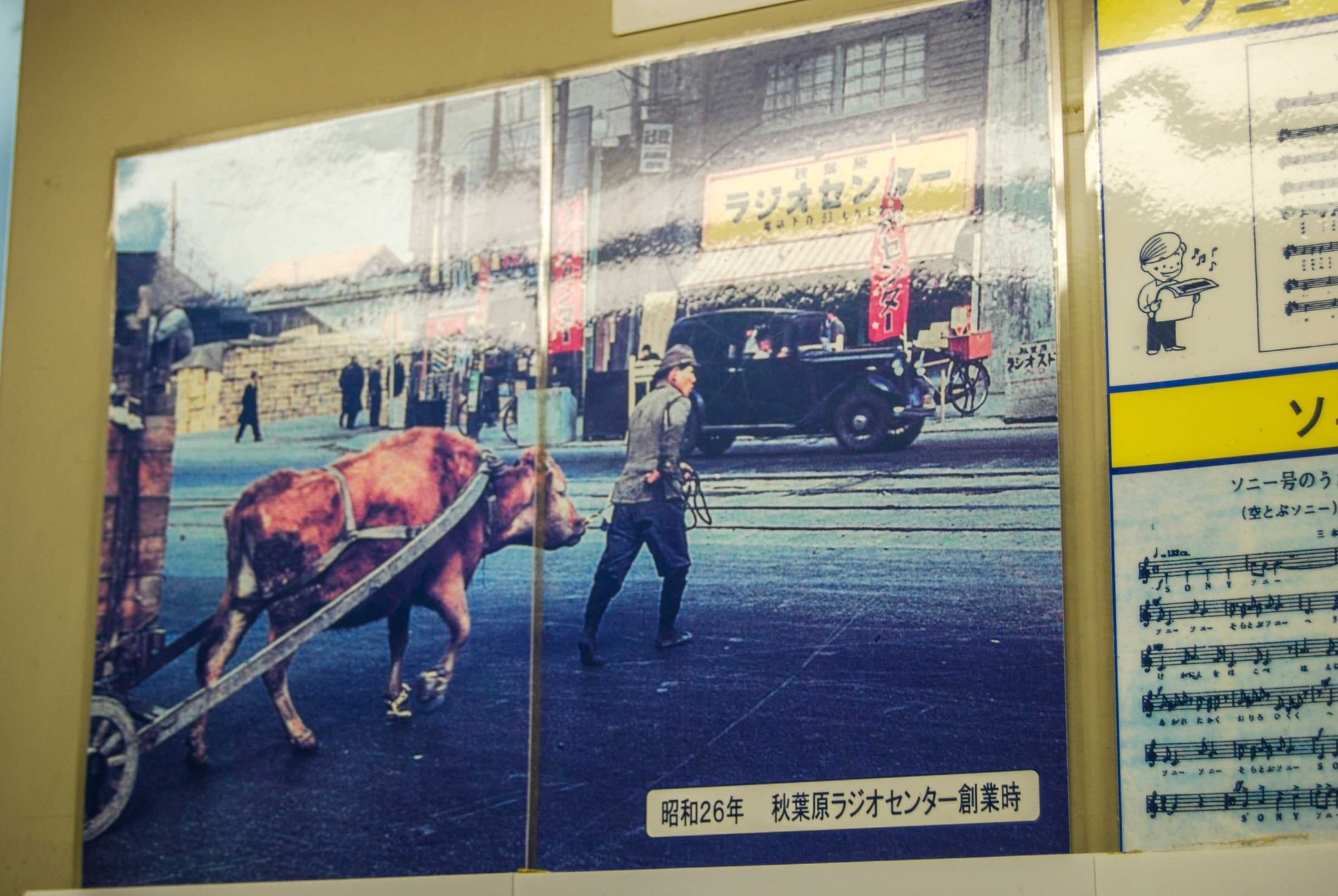 7) A bit different from number 4, try looking for traces of Akihabara’s past as you wander throughout the area. Though not always traditional, there is plenty of evidence of what the electronic district was like before manga, anime and pornography took over. After all, a place as unique as Akihabara isn’t made overnight! 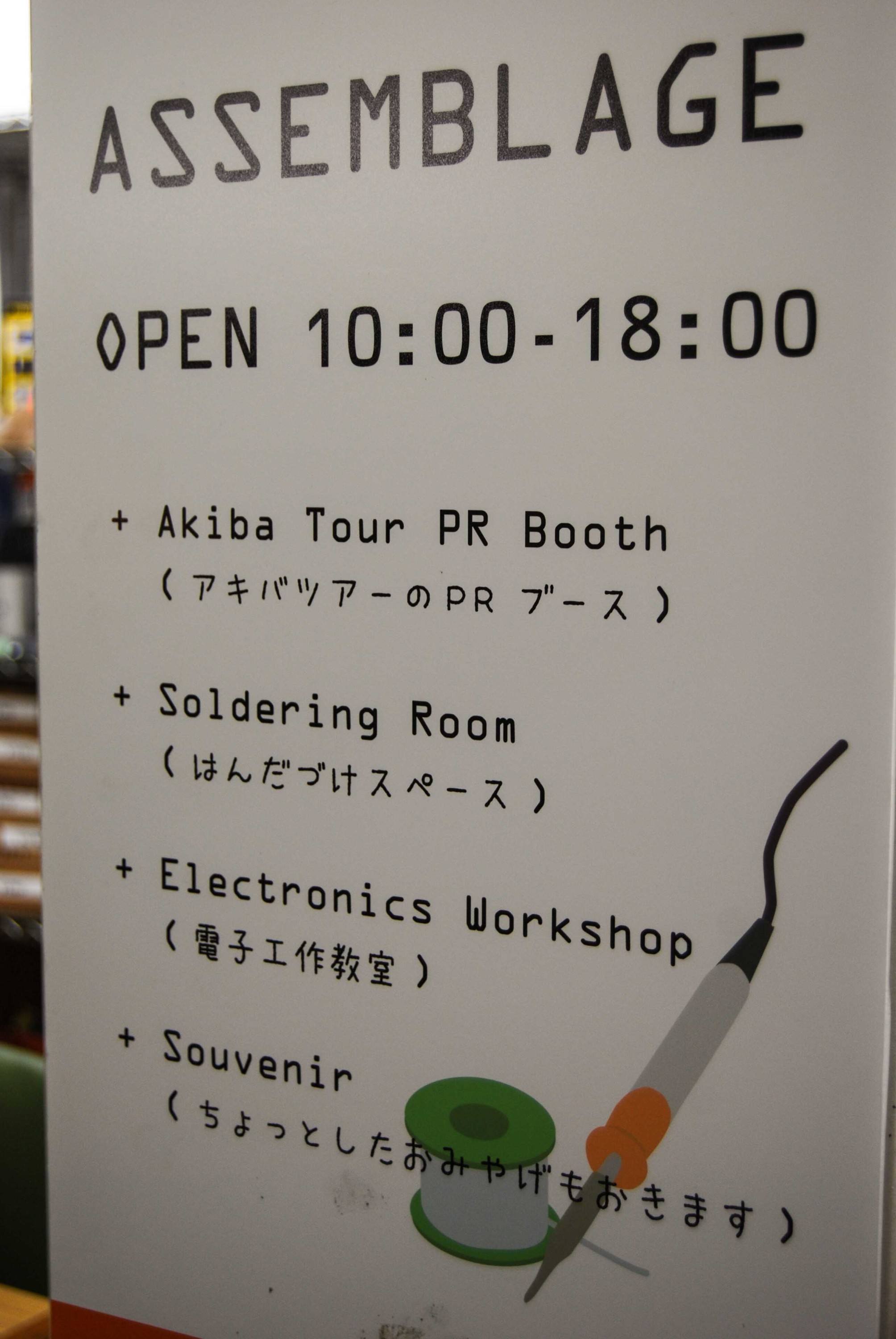 8) Assemble your own electronics. As you leave Akihabara JR Station on the ‘Electric City’ side, continue under the tracks and you will find a plethora of vacuum tubes, radio innards, computer wires, various kits and loads of speciality shops selling the pieces that make our electronics tick. Although you might not have the confidence to put one of these kits together on your own, you can get some help at the Assemblage desk. Make a little radio, assemble a robot or throw together a blinking doodad. (The staff won’t be fluent in English but they always make an effort and they certainly know what they are doing. Make sure to leave plenty of time for this.)

8) You’d have a hard time missing the colorful billboards and advertising that dons the various buildings of Akihabara but surprisingly few people take the time to really look at these and appreciate the aesthetic – and even artistry – that is so uniquely Akiba. From adverts for maid cafes to posters announcing the latest video game release, you’ll know that you are a long way from home when take a little bit of time to look towards the sky and admire the scenery.

As I said at the beginning of this post, you don’t need to be an “otaku” to enjoy a day out in Akihabara!