Skip to content
Thank you for signing up!
Subscribe to our Newsletter
HOME » Home » Girl’s Day in Japan – A little bit about Hina Matsuri 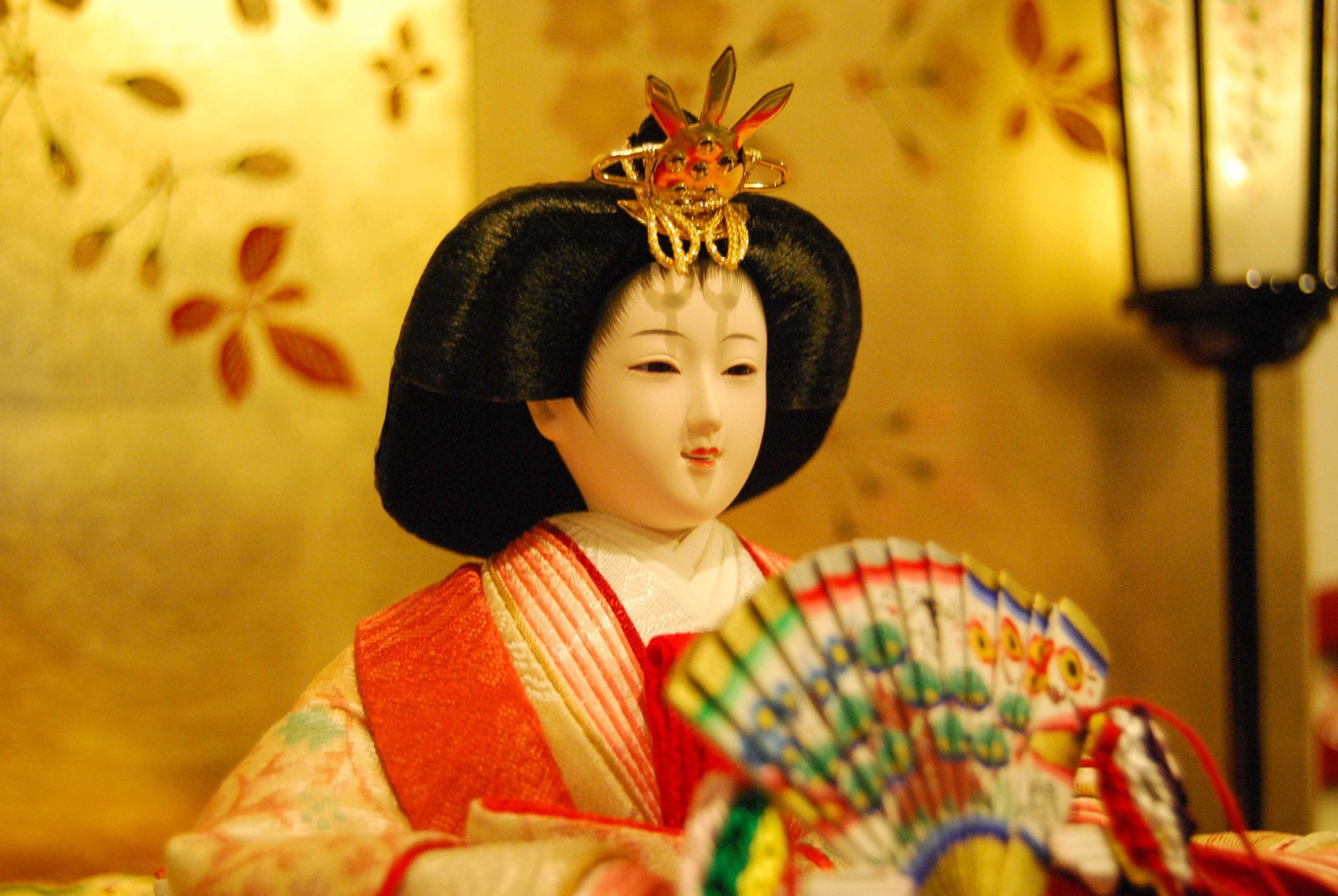 In Japan, every year on the 3rd of March comes a traditional celebration known properly as momo-no-sekku (桃の節句) but more casually referred to as Hina Matsuri (雛祭り) or, in English, as Girl’s Day. Which is rather appropriate since the holiday is focused on a family’s hope that their daughter or granddaughter will grow up healthily, happily and successfully. An intrinsic part of Girl’s Da 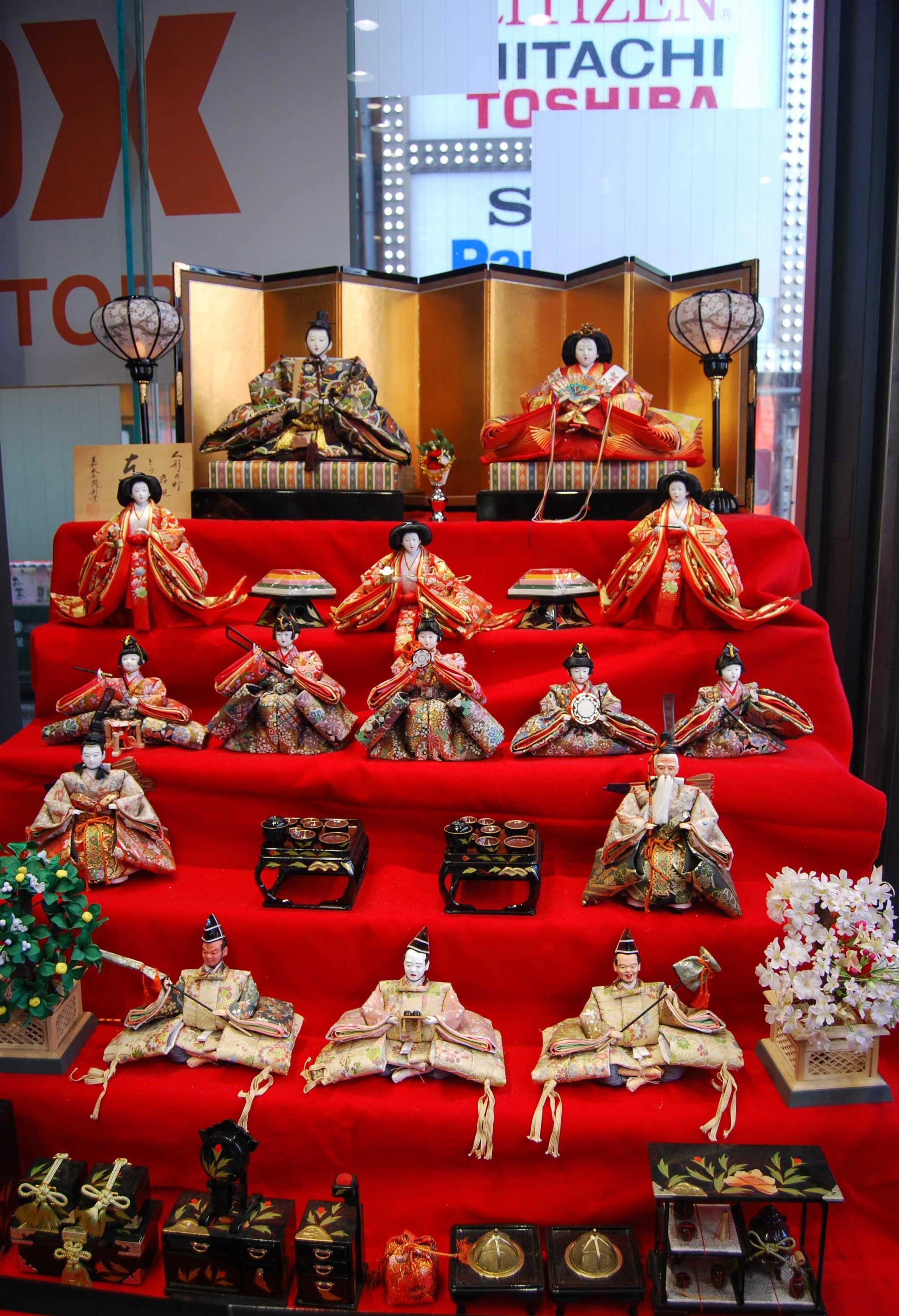 y are Hina Ningyō (雛人形), the dolls that grace a family’s home from mid-February to March 4th. And not a day longer because leaving the dolls out past March 4th is said to delay the girl’s chance at marriage. Though as a new father who can’t bear the thought of giving his daughter away, I plan to leave ours out until at least April! Although the superstition of days past has largely faded away, the tradition comes from an old belief that dolls could contain bad spirits and unfortunate luck. The dolls of ancient Japan (around 1000 years ago) were made of straw and paper and floated on streams to take this bad fortune far away. For any Ghibli fans, this is also said to be the origin of the paper dolls that make a brief appearance in Spirited Away. For those lucky enough to travel in Japan during February – when nearly every day is sunny, the skies are clear, and the tourists sites less crowded than any other time of year – large sets of Hina Dolls can be found throughout the country in restaurants, shops, homes and even in train stations. The photo on the left was taken at a busy electronics store in central Tokyo, probably the last place one would expect to see such a traditional and elegant display. As might be expected, each of the different dolls has a particular position and r 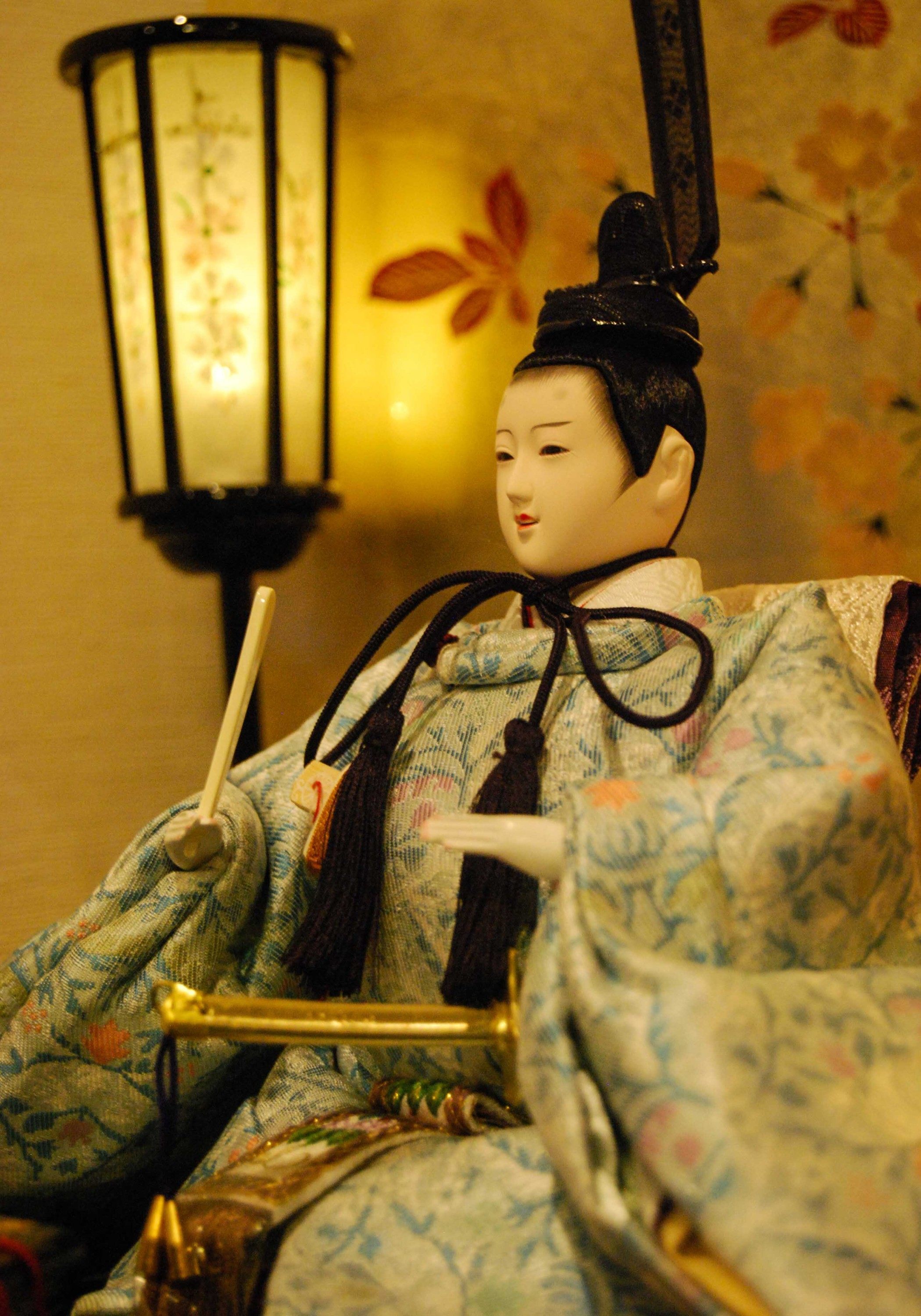 epresents something and someone. The two on top represent the Emperor and Empress, on the second tier are three court ladies, the third has five male musicians with their various instruments, the fourth platform has two ministers on it but is also commonly decorated with small tables and stands of rice cakes, on the fifth – and generally final – platform are three protectors of the Emperor and Empress (one sad, one angry and one in good spirits). For the truly elaborate Hina Doll stands there can be seven layers and the bottom two layers in this case are used for miniature furniture or old world travel goods like a small palanquin. Not surprisingly, the above setup is a bit too elaborate for the average home, not to mention too expensive. As you may be able to tell from the detail shot at the right, these dolls are not your average play things. Craftsmen and women spend months making each and every piece of the dolls by hand. The 12 layer silk kimonos that adorn the Emperor and Empress are reminiscent of those worn by royalty during weddings in the Heian Period (794 – 1185) and still worn by the Imperial family for formal weddings today. The last time being in 1993 when Princess Masako wedded the Crown 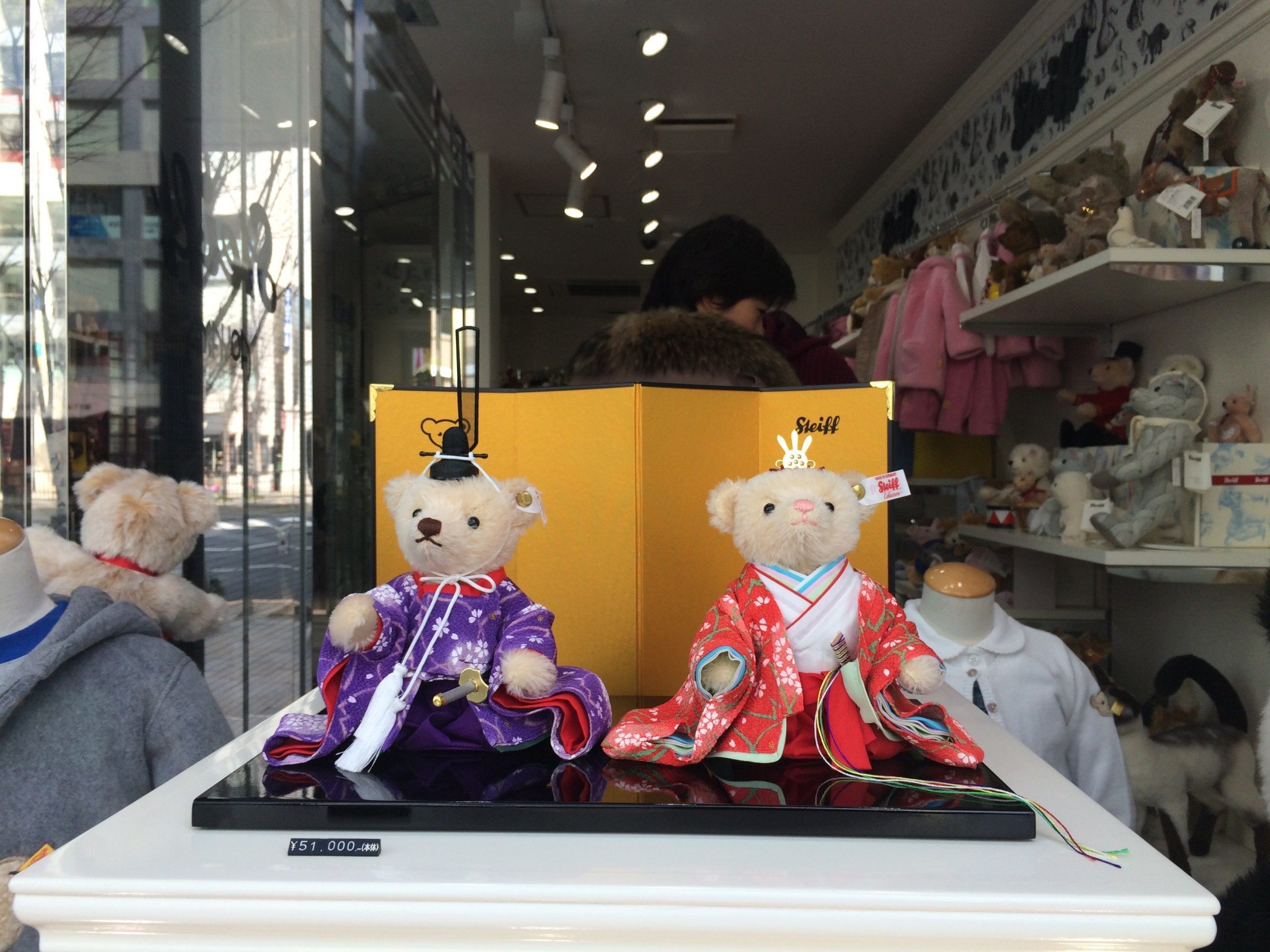 Prince. The Heian Period is also the period from which Girl’s Day has its origins. There are often pieces of lacquer and working lights and trees and flowers made of fabric and silk. The fans and swords are crafted singularly and the dolls expressions are unique to each artisan’s tastes and preferences. Quite simply, these so-called “dolls” are rightly considered works of art. Accordingly, the full sets can cost over 10,000 US dollars! Even sets of only the Emperor and Empress – by far and away the more popular choice for modern Japanese families – often costs thousands of dollars (USD). For this reason many doll makers and companies are getting creative and finding affordable compromises that allow the average person to celebrate the birth of a new daughter without having to take out a loan. Disney characters, anime hero 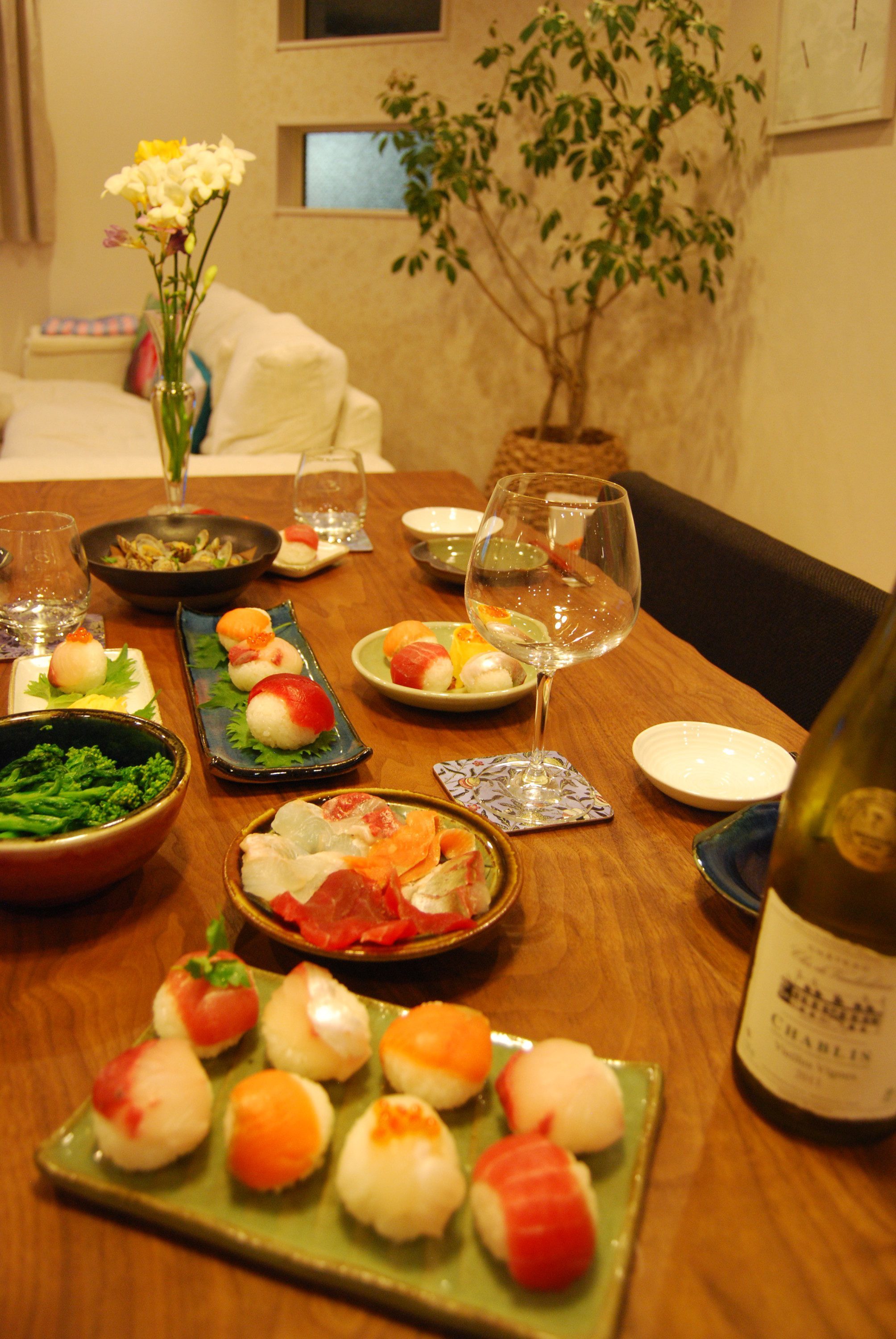 es, wood carved dolls and even teddy bears (like those pictured here) have become fun and easy alternatives. On the actual holiday, March 3rd, the family celebrates with traditional food and a small at-home party. Although there are regional differences, one common dish that is served on Hina Matsuri is chirashizushi, a delicious sushi recipe where a bed of vinegared rice is topped with fresh fish and other ingredients. Also popular is a fermented rice drink called shirozake and diamond shaped tricolored rice cakes called hishimochi. Green for long-lasting good health, red for good fortune and white for purity.

Although I’ve lived in Japan for many years, I’m looking forward to celebrating my first Hina Matsuri with my daughter this March. We chose to make temarizushi (round sushi balls – see picture to the right) as it is both somewhat traditional and also very cute – perfect for Girl’s Day! 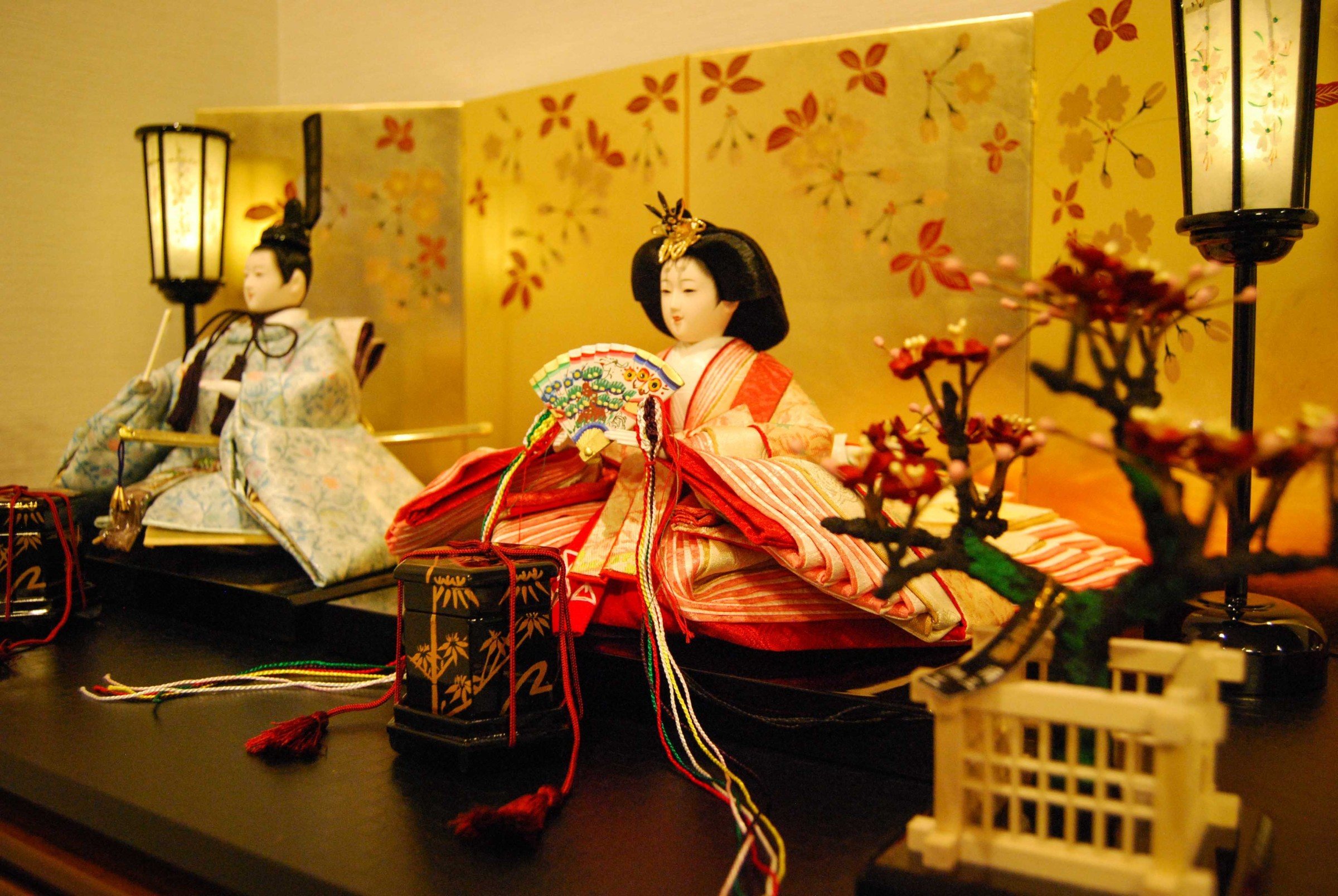