Skip to content
Thank you for signing up!
Subscribe to our Newsletter
HOME » Home » A Very Japanese Christmas 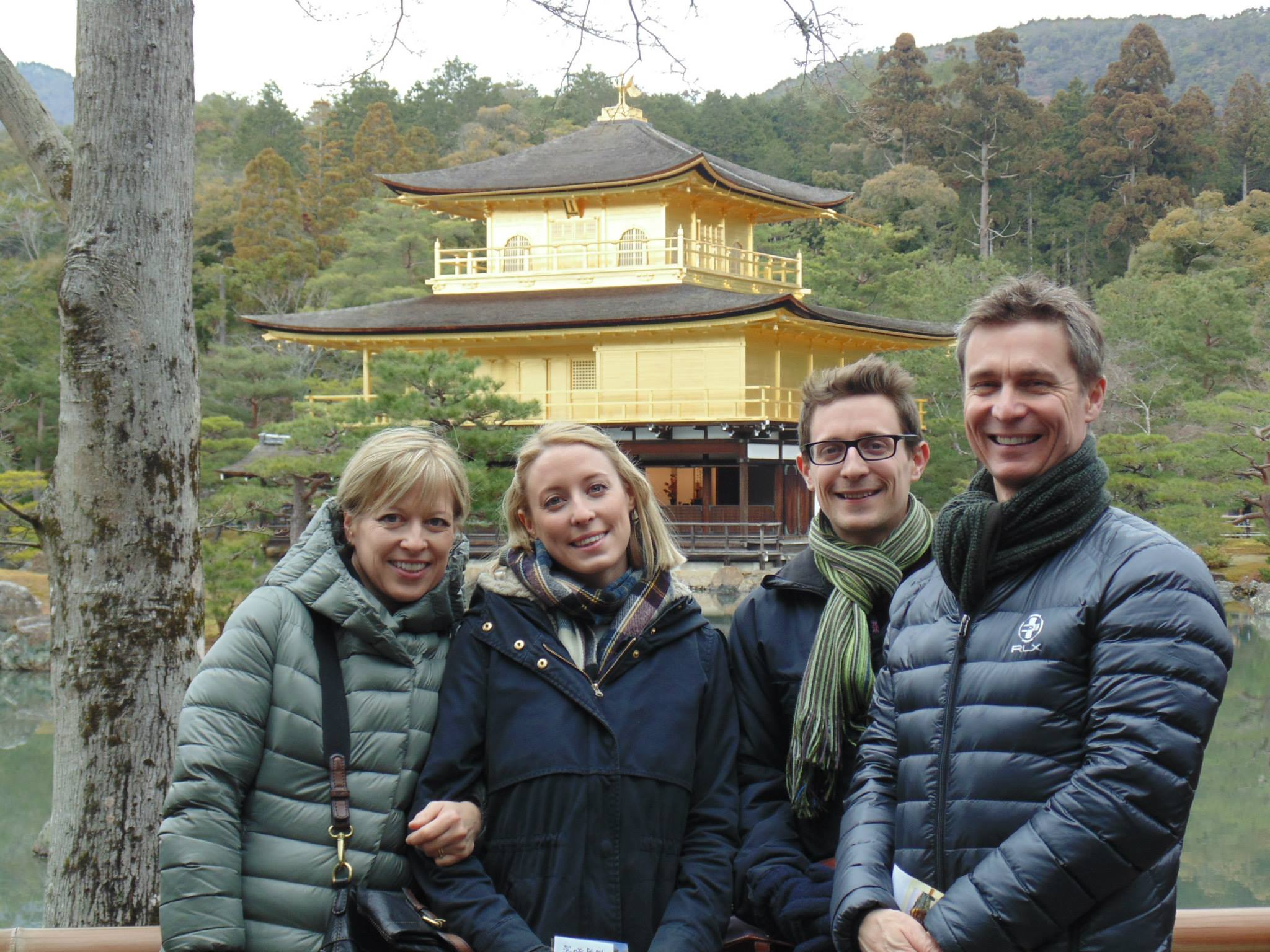 The Humber family travelled to Japan on a fully tailored trip over Christmas and New Year last year and had a fantastic time. Here, Paul Humber has kindly written us a blog piece about their experience – and why they’ll definitely be going back to Japan again!

Before we flew out to Japan, a French colleague took me to one side and said, “No matter what your pre-conceptions of Japan, no matter what you think will happen; Japan will exceed all your expectations, and then some.” To which I lamely replied, “Gosh!” My colleague’s words were proved to be correct; and this was due in no small measure to the help we received from InsideJapan Tours.

My original instinct when planning the trip was to simply make Tokyo our base for two weeks and take the occasional day trip out of the city to see other sights: this was the format suggested by a major ‘household name’ tour operator and it transpired that it would have been a big mistake. InsideJapan suggested we start in Tokyo for two days and then take in Hakone National Park for two nights, Kyoto for three nights, see Nara, and then travel onto Osaka for two nights, before returning to Tokyo for a final couple of days. This plan turned out to be far better than my original idea: much as we loved Tokyo and all it had to offer, ultimately we probably preferred Kyoto and Osaka, and it was a definite treat to see the countryside in Hakone.

The highlights are too numerous to mention but can be glimpsed in our photographs. In Tokyo on day one we came across a traditional wedding in full swing at the Meiji-jingu Shinto shrine, and we went to Japan’s oldest amusement park, called Hanashiki, which thanks to a preservation order has the same rides it had in the 1950s: the ‘Surprising House’ was
particular fun. In the same breath we could take in the marvellous Senso-ji Temple and make wishes in the smoke and have our fortune told by ‘sticks’. That evening we went to the ‘Robot’ restaurant/bar/cabaret which was relentlessly neon and fun and, like a lot of Japan, surprisingly good value.

We had taken up InsideJapan Tours’ suggestion of having the services of guides to help us in each city and our original motivation to do this was that we feared we would have trouble understanding the local transport systems and would not be able to decipher street signs and so on. In the event it transpired that Japan’s transport system is incredibly advanced and easy to navigate and it has an ‘Oyster card’ style system that worked regardless of which city we were now in. One tiny example of how well designed their transport system is: when you leave a subway station there is usually a flagstone set in the pavement that shows you where north, south, east and west is. It is the kind of simple but effective attention to detail at which the Japanese excel and it can make such a difference for a tourist trying to get their bearings.

So the joy of having guides turned out to be that they were able to tell us 101 things about the cities and about Japan that we wouldn’t otherwise know. All three guides sourced by InsideJapan were great, but I would particularly recommend the ‘street food’ tour in Osaka where the lady took us to one street restaurant for a first course, then a second establishment for a second course and so on, so that we could experience and learn about a variety of cuisines in one evening and see how the locals were living. Osaka has really embraced the kind of fluorescent screens and lit up buildings that we stereotypically associate with Japan and when these are reflected in their waterways, it makes for great photos and even greater memories. There is also a top quality aquarium in the city that is worth checking out. 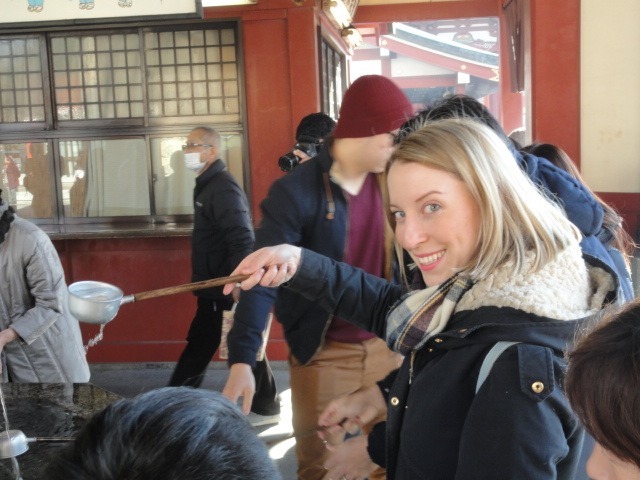 Kyoto is famous for its temples and, as my colleague said, they exceeded expectations. But over and above the temples it would be crucial not to miss the 1001 gilded statues at Sanjusangen-do that date back to the 13th century. Simply breathtaking. Kyoto also has some unexpected 1920s architecture, some ancient avenues of tea houses, a Manga museum, a bamboo forest, and a kilometre long alleyway of brilliant restaurants. One of our ‘treats’ was to go to a genuine tea ceremony. Kyoto generally has got more of a boho feel to it, with a large student population and a more laid back style. In a rare break from Japanese food, we had a great quality cheap meal in the basement of an ex 1920s printworks called Café Independents, and some excellent cocktails in the bar of the hotel that InsideJapan Tours had recommended.

Nara made a great trip out from Kyoto with its famous temples and deer park, and Hakone National park was an interesting break from the cities with its ancient roads and walks, its trip across the lake and its open-air art gallery/sculpture park. We stayed in an ancient lodge and were waited on by a traditional housekeeper, bathed in the natural hot springs, and were fed traditional foods. It is the first time I have ever had raw lobster on Christmas day. 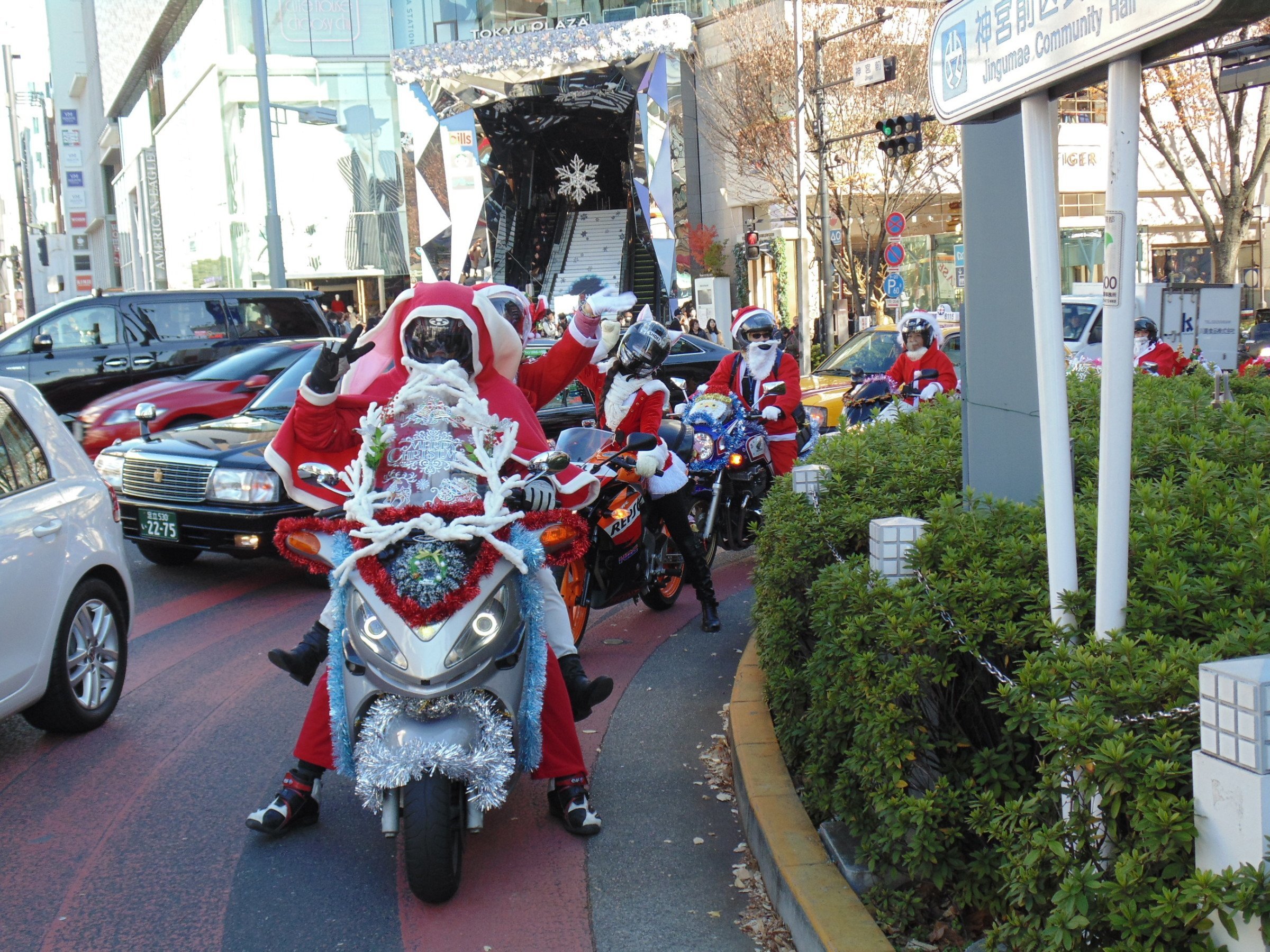 Back in Tokyo we visited Roppongi Hills to see how the rich live, which initially we thought might have been a mistake (after all, I have seen Prada shops before), but when we went up to the top floor to take aerial views of the city we had an unexpected treat when we discovered a comprehensive (temporary) exhibition of Tim Burton’s art and films. There were hand written notes from Tim Burton to Johnny Depp, there were doodles that Tim Burton had done on restaurant napkins which formed ideas for his later films; there was a sea of his private artwork. It formed – and this was a recurrent theme on our trip – an unexpected surprise that had to simply take its place alongside all the other unexpected surprises we experienced every day.

We visited the famous Shibuya crossing where the Japanese dutifully wait for the green light to cross the road, then dash across and stop halfway to take ‘selfies’ of themselves standing on what is thought to be the busiest pedestrian crossing in Japan. Shibuya and Harajuku afford excellent chances to take photos of the local teenagers who love to dress up and pose, and it was in Harajuku that we chanced across a ‘rabbit’ café where the locals dressed up as bunnies to have afternoon tea that was, err, bunny shaped. Only in Japan. 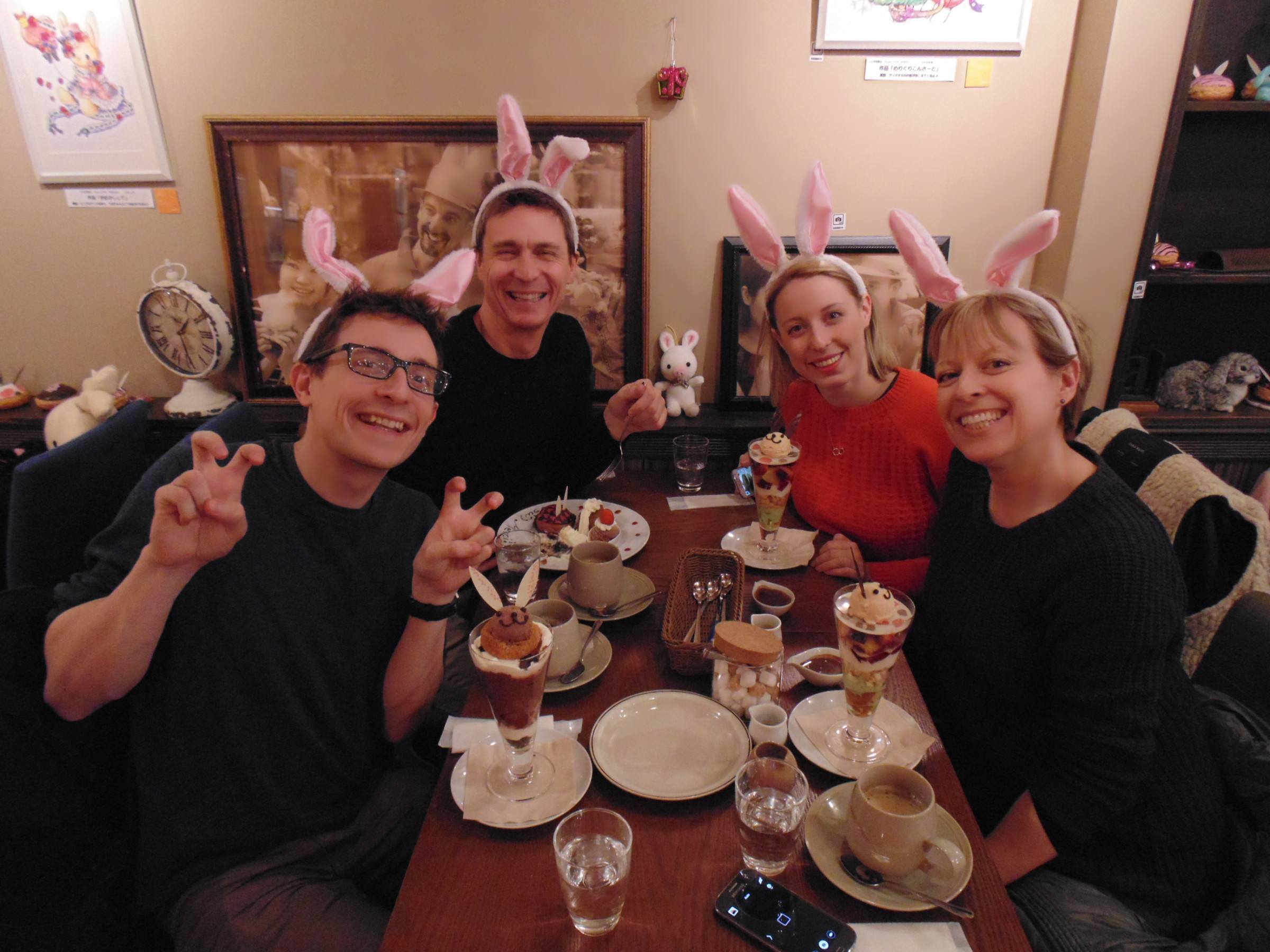 Sadly, after two weeks, we had to come home to England and within a day we had all vowed to return when work and life allows. There were temples we hadn’t had time to see; we never got to a kitten café or a sumo wrestling event or to their theatres, their national photographic gallery was closed for a refurb, and there were towns we hadn’t been able to visit; and all this despite our packed and varied itinerary.

Japan is evidently a country that enjoys doing things well; whether it is when they rebuild a temple, run a public transport system, put on a cabaret on, or serve you a meal. My French colleague had been wrong: our trip didn’t exceed expectations. Every hour of every day of our trip exceeded expectations and this was thanks in no small measure to the advice, knowledge and attention to detail of InsideJapan Tours. We cannot thank them, and the Japanese, enough.