Skip to content
Thank you for signing up!
Subscribe to our Newsletter
HOME » Blog » AKB48: The Surprising Truth Behind the World’s Biggest Band

They’re one of the most successful pop acts in the world, and yet unless you’ve ever been to Japan you’ve probably never even heard of them. Just who, exactly, are AKB48?

AKB is short for Akihabara, an area of Tokyo known primarily for cheap electronics, comic book stores, Maid Cafés, and… ahem… adult goods. It is here that AKB48, a band that started life with 48 members but whose ranks have since swelled to a staggering 140, maintain their own theatre and perform to their fans every single night. 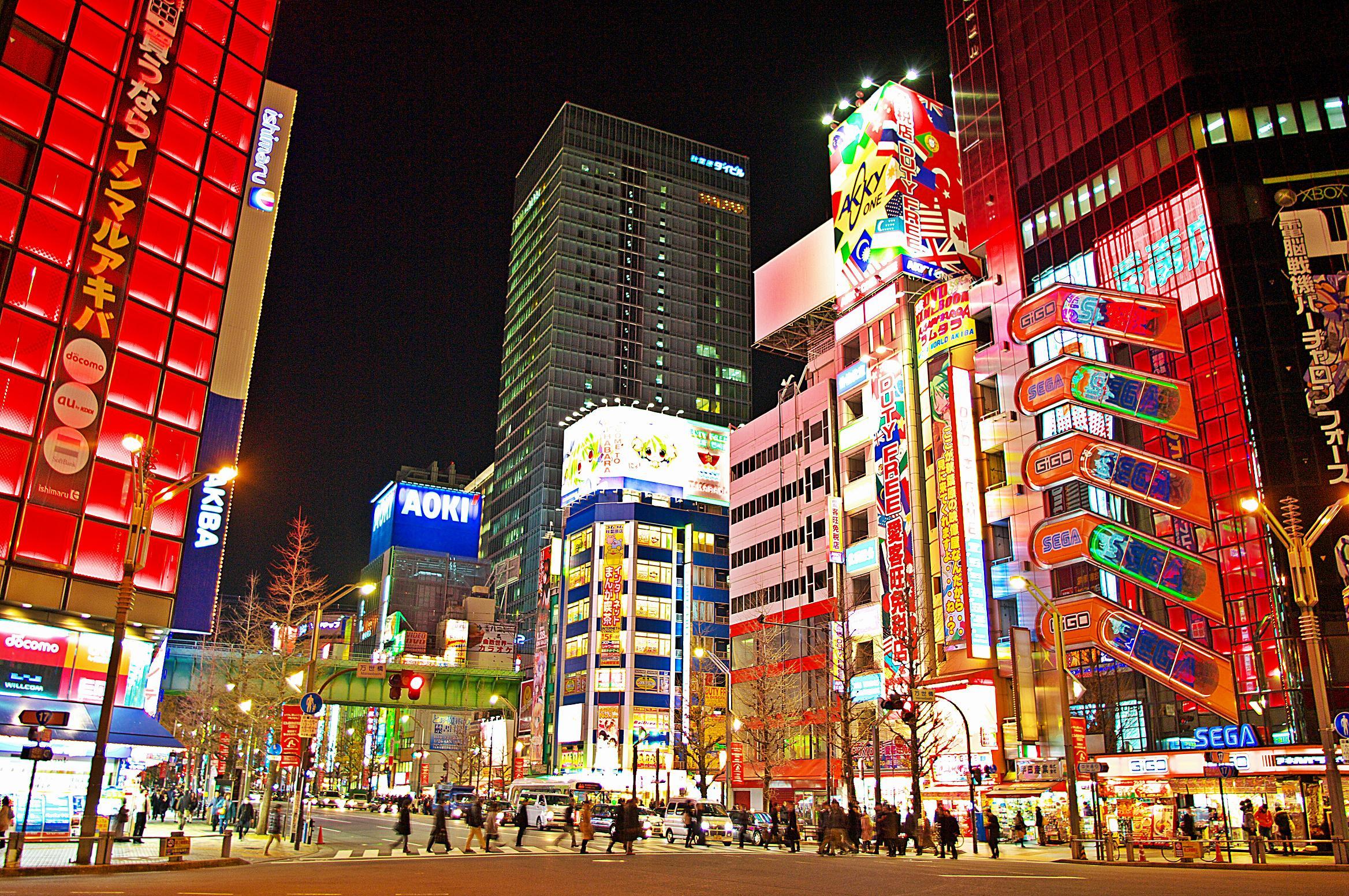 In a minute I’ll get to telling you just how AKB48 launched their coup de grace on the hearts and minds of millions – but first let me give some introduction to the world of J-Pop (that’s Japanese pop music) and the Japanese “idol” craze.

Now, this is a subject that deserves a blog post of its very own – and it will get one in good time – but for now the very briefest of backgrounds will have to suffice. Idols, or “aidoru” (アイドル) as they are referred to in Japanese, are young pop stars and actors who are plucked from obscurity by entertainment agencies and, despite relatively little obvious talent, are catapulted from girl- or boy-next-door to being idolised to the pitch of hysteria by legions of screaming, wild-eyed, glowstick-waving fans.

The prerequisites for being an idol are youth, cuteness, and a squeaky-clean public record. (Notice how I didn’t mention talent). Now, you may think that in criticising idols’ lack of talent I’m letting my own (impeccable, I might say) musical tastes eclipse my impartial evaluation of their musical worth. I mean, just because you don’t like listening to Mozart doesn’t mean he isn’t good, right?

But this isn’t just that I prefer Metallica to Morning Musume (though obviously I do). Mediocrity is written into the whole concept behind AKB48.

AKB48 is no ordinary pop group – they are “idols you can meet”. In an interview with The Wall Street Journal in 2011, the pop group’s creator, Yasushi Akimoto, explained that “AKB48 girls are ‘unfinished.’ In other words, they’re still not very good at singing or dancing.”

It sounds like a poor concept for a band, but Akimoto is no fool.

Akimoto hoped that this very mundanity would be the key to the band’s success, and by gum was he on the money. Giving young fans idols that they could relate to, whose progress and improvement they could follow from “trainee” members to “graduates” – whom they could actually meet for themselves at the band’s various “handshake events” – has turned AKB48 into a social phenomenon.

This staggering success has seen Akimoto’s protégés – who began as a group of 48 but now number no less than 140 – become officially the biggest pop group in the world. Such has been their success that they now have no fewer than 11 sister acts based in other Japanese cities and even in other Asian countries, including SKE48 (based in Nagoya’s Sakae district), NMB48 (of Osaka’s Namba district) and JKT48 (of Jakarta, Indonesia).

So AKB48 is a girl band with 140 members. Logistically, how on earth does that even work?

Unlike mainstream bands who subsist on gigs and arena tours, AKB48 have their own theatre in Tokyo where they perform to their legions every single night. Of course, nobody has the stamina to actually fulfil such a punishing schedule, so the band itself is split up into teams of around 18 members who split the duties amongst themselves.

Again, unlike mainstream bands, the list of members of AKB48 is constantly rolling. All the girls are aged between 13 and their early 20s, and when members outgrow the group they move on to become “graduates”. There is also a rolling ranking system within the group, and fans are encouraged to choose a favourite member to support in the televised elections that are held to determine the rankings within the group each year. To obtain a ballot, fans must first purchase the “election single.” It is, quite simply, marketing genius – and AKB48 singles can sell over a million copies in their release day alone.

Add to this a collection of TV shows (including “AKBINGO!”, “Weekly AKB”, and “Naruhodo Highschool”), their own manga comic book series, a monthly newspaper and a collection of video games and you have an economic powerhouse of enormous proportions. AKB48 even feature on a Japanese postage stamp!

All of this is quite remarkable in itself, but AKB48 gets more interesting still.

The band has courted controversy in the past with some of their lyrics and videos. One of the songs to have come under scrutiny is “Seifu ga Jama o Suru” (“My school uniform is getting in the way”) for its racy lyrics, and the vaguely provocative video for the 2010 megahit “Heavy Rotation” (in reference to when a song gets overplayed on the radio – i.e. it gets played on “heavy rotation”).

OK, so some of the lyrics and costumes are a little risqué when you consider how young some of the band members are, but there’s nothing outright shocking here. What is particularly interesting is that despite their raunchy lyrics and recurring themes of love and dating (including several dating simulation games featuring their images) AKB48 girls themselves are not allowed to date.

One of the girls, 20-year-old Minami Minegishi, caused controversy in 2013 when she was photographed leaving her boyfriend’s apartment after having allegedly spent the night there. AKB members who break the rules are considered to have betrayed their fans by tarnishing the illusion of their purity (and, crucially, their availability), and for her infraction Minegishi was accordingly demoted to bottom-ranked “research student”.

The odd love scandal is not unusual for AKB48 members, a few of whom have had to “graduate” or transfer to less popular sister groups in the past as a result of similar scandals, but it didn’t stop there. Minegishi’s case drew world headlines because of what she did next – shaving her head (a traditional Japanese gesture of contrition) and releasing a tearful four-minute video in which she makes a grovelling apology for her actions.

The video was posted on the group’s official website but has since been removed amid unconfirmed accusations that Minegishi had been forced into the act of repentance by her management.

Leaving aside the question of whether it is ethical to forbid a group of teenagers and young adults from any kind of romantic encounter (no matter how innocent) on pain of demotion – is it even legal?

Opinion is divided on that count, with some legal commentators arguing on either side. For a discussion of the issue, you might turn to “Constitutionalism” – a book about the Japanese constitution co-written by an associate professor at Kyushu University School of Law and 18-year-old AKB48 member Natsuki Uchiyama. Yep, they’ve got their fingers in the politics pie as well. Uchiyama is known for reciting parts of the Japanese constitution onstage during performances (she knows the whole thing off by heart, if you can believe it), so I guess if anyone should know the answer it’d be her.

Other campaigns in which AKB48 have flexed their marketing oomph have been a Tokyo Metropolitan Police traffic safety campaign in 2010, a suicide prevention campaign in 2012, a military recruitment campaign and even a campaign to sell government bonds for tsunami relief.

Then things get stranger.

She’s pretty, cute, innocent – she ticks all the “idol” boxes. And none of those boxes stipulates that she has to be real.

Aimi Eguchi, as it turned out, was not an actual person but a computer-generated hybrid of the “best features” of six of her bandmates. This was not revealed to her fans until after she had already made her debut and appeared in a Glico advert on television.

I don’t know about you, but I’d have thought that telling your fans that one of their idols isn’t actually a person at all would be more crushing than anything poor old Minegishi ever did.

The AKB management team were obviously left to run amok on the CGI tools in 2011, because in the same year the band released a promotional internet service called “AKB Official Net”, with a feature that allows fans to combine their own face with that of their favourite AKB48 member to create a hypothetical lovechild. It’s called AKBaby, and the advertisement features a photo of band member Yuko Oshima breastfeeding a baby, with the caption “Want to make a baby with me?”

Proponents argue that AKB48 offers fans the chance to feel closer to their idols, providing good role models for their young followers and giving the girls themselves fifteen minutes in the spotlight that they can use as a platform to launch their future success. Nay-sayers cry exploitation and moneygrubbing. Whichever camp you fall into, there’s no denying that in terms of sheer popularity, AKB48 is onto a winning combination.

If you’d like to get a piece of the AKB action on your visit to Japan, you’ll need to enter a ticket raffle by email from one month in advance. Visit the girls’ official website for details. InsideJapan can of course assist with the process, but cannot guarantee tickets.