Skip to content
Thank you for signing up!
Subscribe to our Newsletter
HOME » Blog » Cool things to do in Tokyo – 47 Ronin

Amy from Inside Japan’s US office was recently travelling around Japan doing a bit of research. We all know Tokyo pretty well, but there is always something new to discover….even if it is old….

As visitors soon discover, Tokyo is a big place—it would take decades of sightseeing and wandering to say that you had seen everything it had to offer, and even then you will have been defeated as something is always opening or closing or “under renewal.” As a one-time resident and now re-occurring tourist, I like to mix and match my time in Tokyo so that I see my favourite spots, or places I have good memories of, with ones that I’ve never seen.

You may have heard of the 47 Ronin…even if it is only the recent Keanu Reeves version of the classic Japanese movie.

Inspired by recent requests for samurai-related places in Tokyo, I made the trek out to Sengakuji Temple, better known as the final resting place of the “47 Ronin.” Like most places in Tokyo, the original temple burned down during World War Two, but fortunately the graveyard survived intact and is about 300 years old. 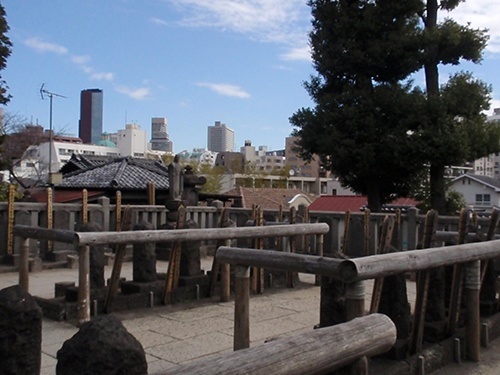 ‘Trek’ is a bit misleading, though, as the temple is located just about 5 minutes on foot from Sengakuji Station on the Toei Asakusa subway and was easy to find after I stopped following people going to a nearby graduation ceremony. I had the temple almost to myself as it was Sunday, so I could wander as I pleased trying to decipher all the Japanese information (only later did I find the English pamphlet, sold alongside the incense, for a very reasonable 10yen). With this in hand, I found out that not only was this the temple where the 47 Ronin had brought the head of enemy lord to present before the grave of their former lord (washing it in the well), but also that the trees just beginning to bloom were, in fact, NOT sakura but plum trees, to my immense consternation as I had taken about 20 pictures of them. Thank goodness I had the pamphlet to save me from disgrace of announcing wrongfully that the sakura were blooming in Tokyo—best 10yen I’ve ever spent. 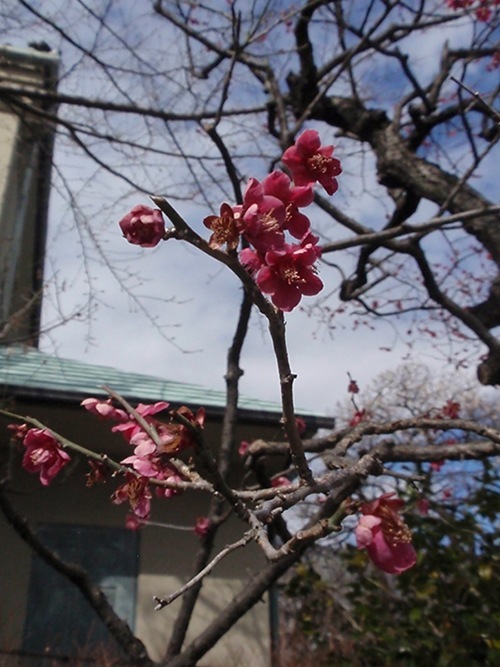 There’s also a memorial museum on the grounds dedicated to the 47 Ronin (or ‘Ako Gishi’ as they’re called in Japanese). If you want added ambience, visit in December for the festival remembering the 47 Ronin.