Skip to content
Thank you for signing up!
Subscribe to our Newsletter
HOME » Blog » Inuyama Matsuri – Blossom and festivals

Last weekend, Nate, Pepijn and I (all from the IJT Nagoya office!) headed to Inuyama festival (犬山祭り). Inuyama is a town just 20 minutes train journey from Nagoya, and is rapidly growing into a really vibrant tourist destination. It is home to Japan’s oldest castle (Well, sort of! Construction actually began on Matsumoto castle before Inuyama, but Inuyama was completed first – you decide which takes the prize!).

Leading through the town centre from the castle is a lovely street lined with Edo-style frontages housing a variety of shops, cafes, restaurants and museums. On an ordinary day this is pleasantly quiet, but during the festival it was packed to the gills with people. Food stalls, or “yatai,” line the streets all the way from Inuyama Station to the castle, selling everything from chocolate-coated bananas and chicken skewers to delicious “dango” dumplings and bean-paste mochi. Of course, we made sure to take advantage of the full range of culinary offerings – and were even forcibly bought a round of beers by a strange old Japanese man. Bonus!

We tried our hand at throwing ninja shuriken (throwing stars), and I think it’s probably safe to say that I’m never going to qualify as a ninja, as much as it pains me to admit it. Childhood dream smashed. There were also a couple of stalls where you could win your own baby terrapin – a far cry from the goldfish-in-a-bag combo of my own childhood! 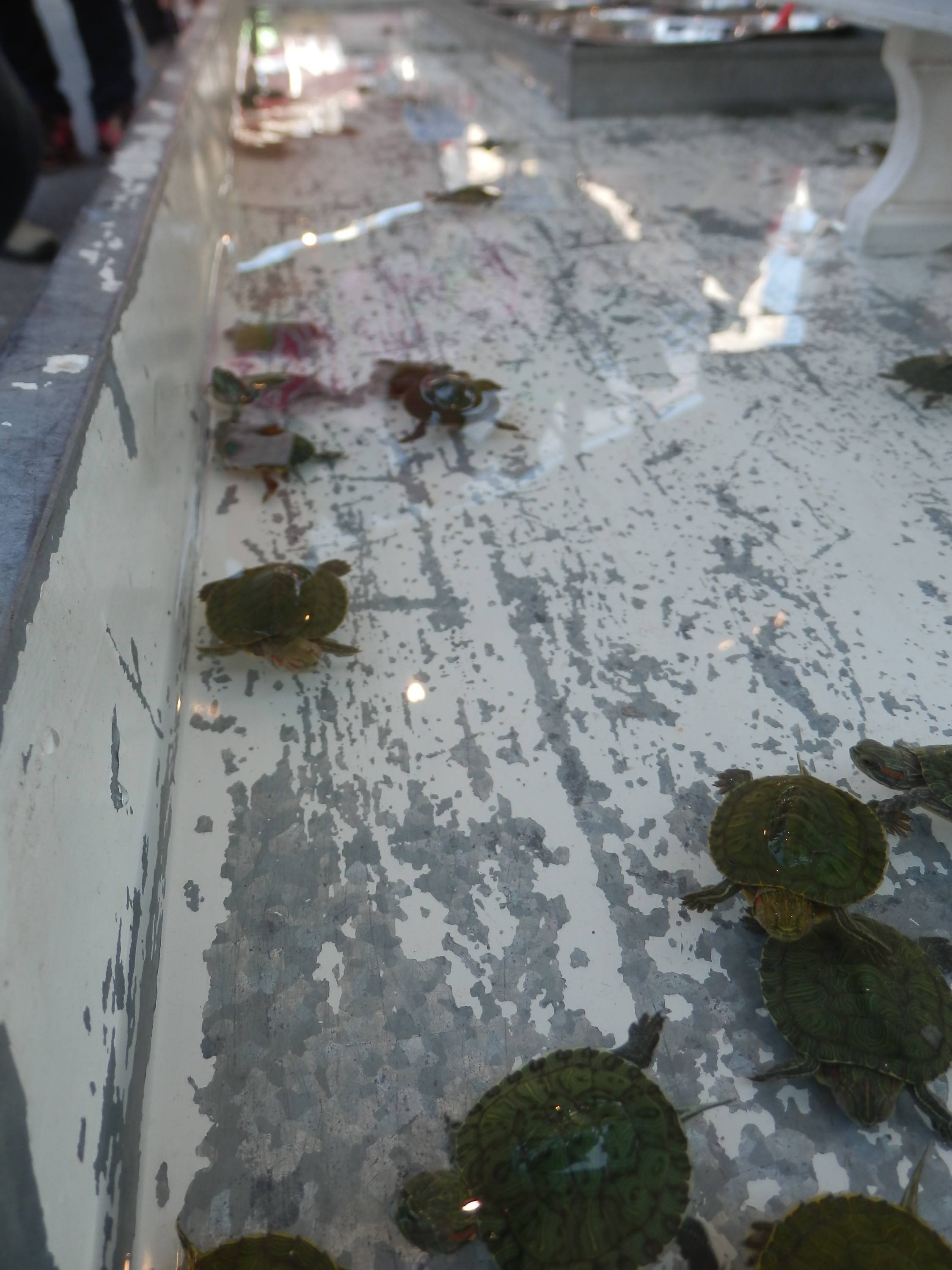 Finally, when twilight came, the huge, lantern-laden floats that are the real focus of the festival were paraded through the streets. At the very top of the floats are “karakuri” puppets, which you inspect up close at the museum of Japanese toys on the approach to the castle, and at the bottom tier were children chanting and banging drums to the tune of eerie flute music. The costumes they were are incredibly elaborate, and can cost millions of yen. Most impressively of all, however, each float was decorated with hundreds of lanterns, each lit with a real candle – no cheating here!

The castle, which has just finished undergoing refurbishment, was also looking very photogenic in the floodlights, surrounded by sakura. 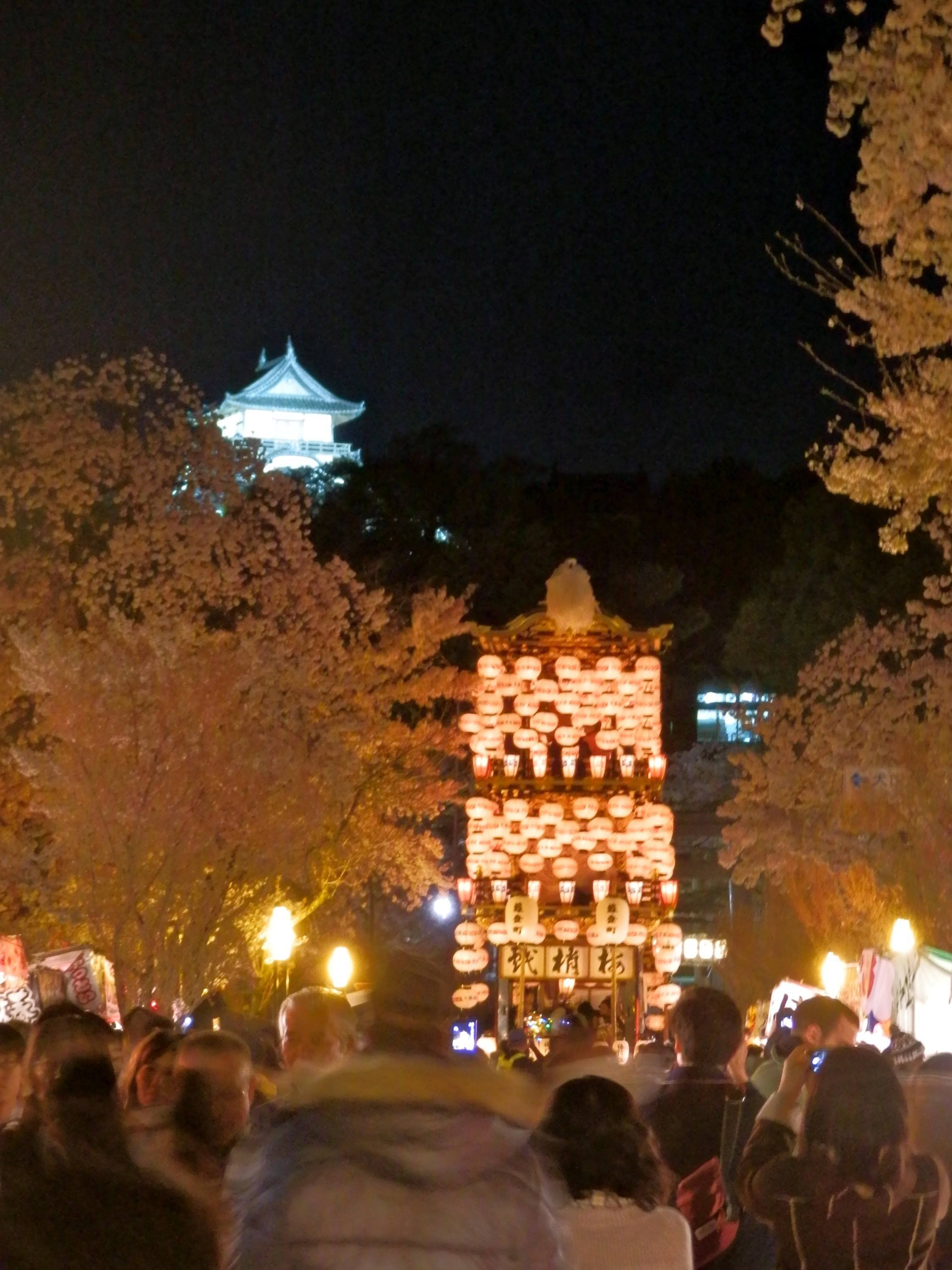 Inuyama festival, though becoming steadily more and more frequented, has yet to reach the heights of popularity attained by similar events such as Takayama festival, but it’s every bit as good. If you’re staying in Nagoya or anywhere nearby during April, make sure you come down and check it out!