Skip to content
Thank you for signing up!
Subscribe to our Newsletter
HOME » Blog » Tokaido Trailing Diaries – Past, Presents & Futuristic

The clement November temperatures saw Rob Harris and the other members of the Tokaido Trail with a ‘free day’ in Kyoto before travelling back to Tokyo and their final night in Japan. The ‘free day’ allows people to catch up with some of the many cultural sights in Kyoto, perhaps head to nearby Nara (just 45 minutes on the train), maybe go to Osaka for a bit of neon excitement and good food or head slightly further on the Shinkansen – The speed of the Bullet train makes even the long journeys short! Here is the final instalment of Rob’s Takaido Trailing Diaries….

This was going to be one of those days that I both was looking forward to, and also treating with a slight sense of trepidation. 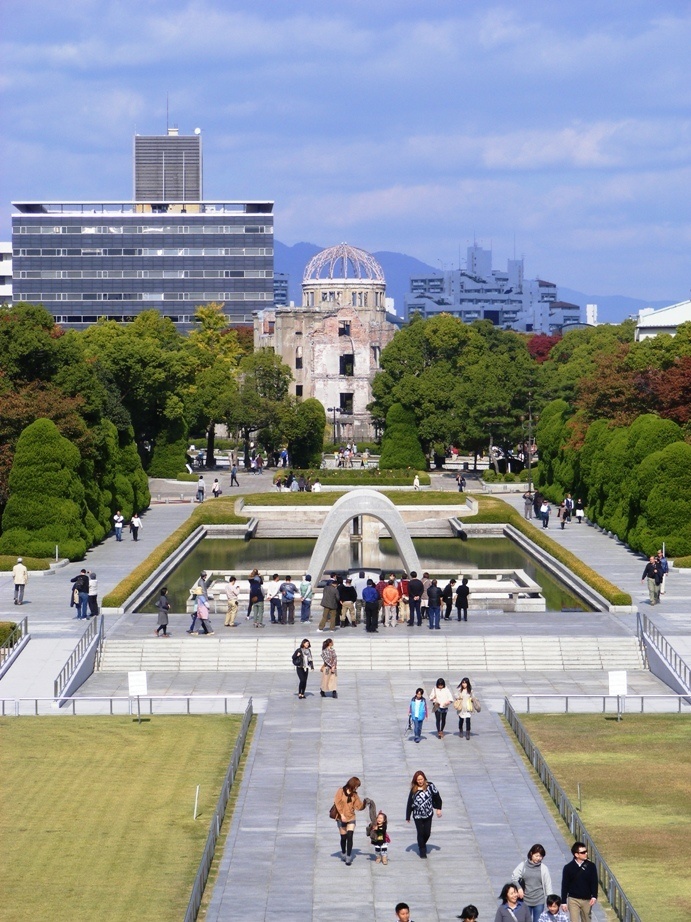 Leaving the hotel early, we caught the Shinkansen for the two hour journey to Hiroshima. Once again, I was clocking the trains’ speed on my GPS, this time reaching a peak of 171mph. That seemed a pretty trivial piece of information however, once we alighted from the tram at the A-Bomb Dome. The enormity of what we were seeing had an immediate effect on me, and from that point onwards, I seemed to constantly have a tear at the corner of my eye. 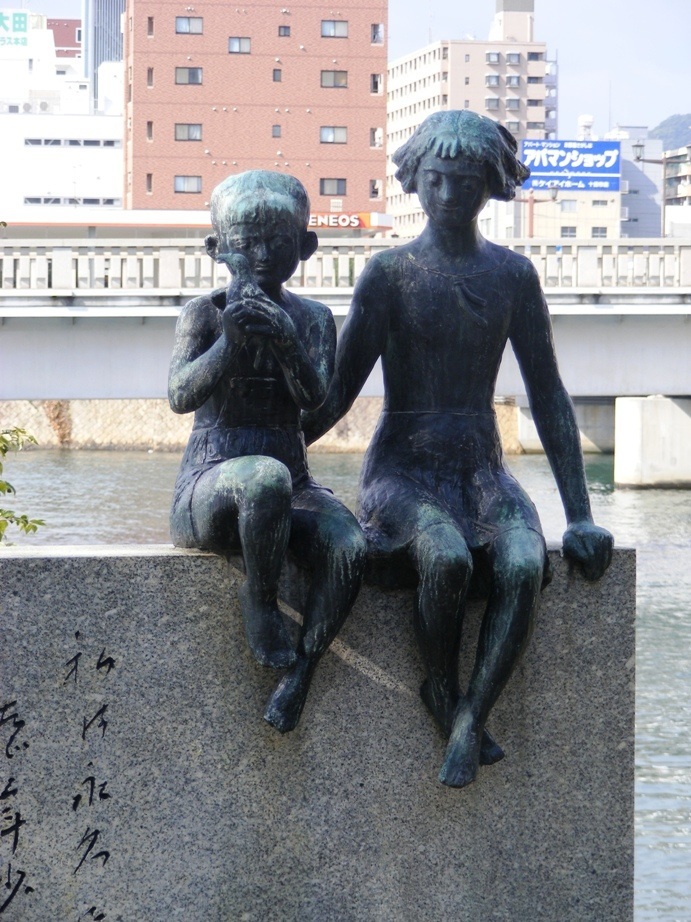 Modern-day Hiroshima is a very pretty, modern city with an almost European air to it, and it’s beyond comprehension to imagine the destruction which was inflicted upon it at 8.15am on August 6th, 1945. Walking around the Peace Memorial Park was a disquieting experience, taking in the many memorials erected to those affected by the bomb. Words failed me at how sobering and sombre the atmosphere at the museum was. Some of the images were very graphic and disturbing, but on a whole it has been executed in a sympathetic, non-judgemental fashion, simply stating the facts of why and how it unfolded. It holds nothing back in its portrayal of the events of that fateful day, and it largely acts as just a stark warning to learn from history and never, ever repeat it. It was far from a pleasant experience, but I felt it was a necessary one – to learn, to understand, and most importantly to pay my respects Once back in the park, I gently rang the Peace Bell as a final mark of respect, before meeting up with the others and heading off to hopefully lighten the mood a little. 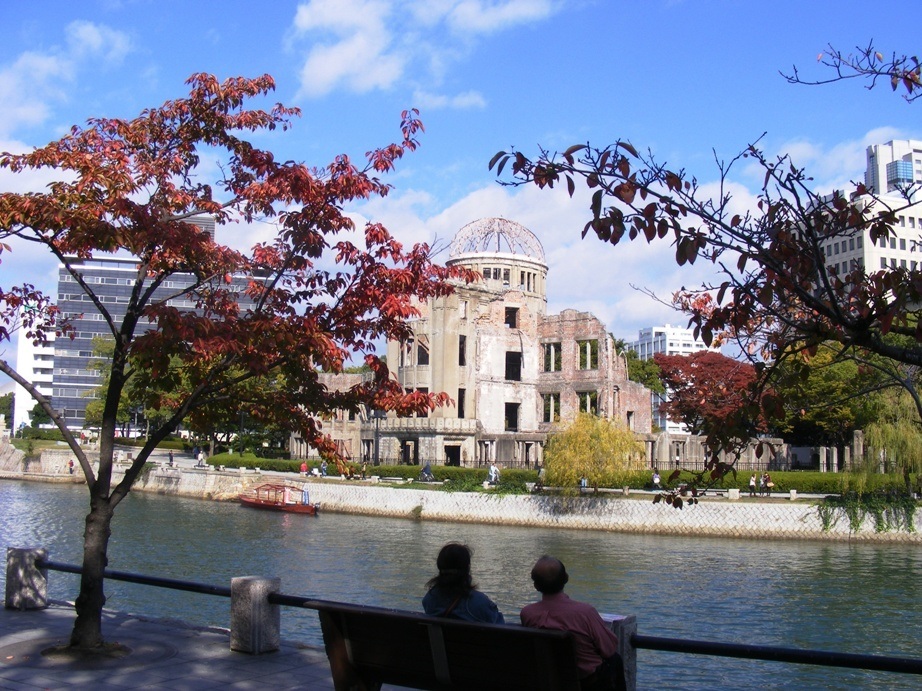 Catching the JR train once again, we travelled a few stops further down the coast, before boarding the ferry across to Miyajima Island. The tide was reasonably kind to us, meaning we got a good sight of the famous “floating” torii gate, which stands just offshore and leads to the islands’ Itsukushima Shrine. The island is obviously a haven for Japanese and foreign tourists alike and was heaving with people and the local semi-tame deer which are allowed to roam at will (the deer, that is – the tourists are probably a lot more restricted!). Not having long before having to head back to catch our Shinkansen back to Kyoto, we just had the time to grab a quick spot of lunch, grab a souvenir or two and some photographs at the floating torii, before re-boarding the ferry back to the train station. 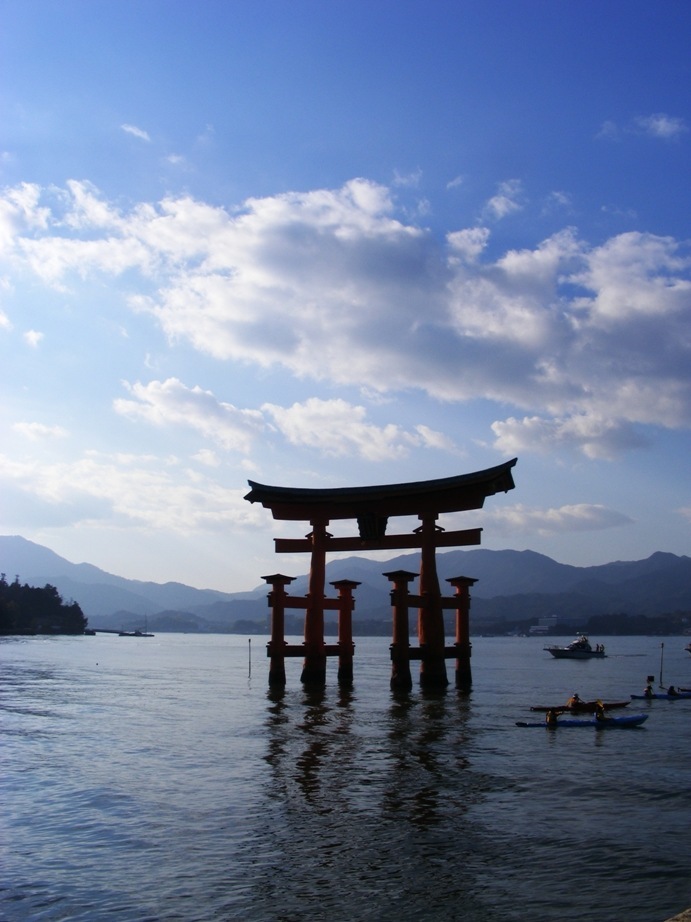 Another totally efficient bullet train ride saw us back in Kyoto with just enough time for a quick wash and change of clothes, before heading in to the city for some ramen noodles, a last walk past the numerous bars, and a second session of karaoke. A very long, but very rewarding and at times, emotionally-charged day came to a close by having a final beer and a song!

So, our last full day in Japan was upon us. It was unbelievable to think that our tour was nearly at an end, we’d done so much, seen so much, and travelled so far, we’d become accustomed to it, it seemed inconceivable to think it was almost over. 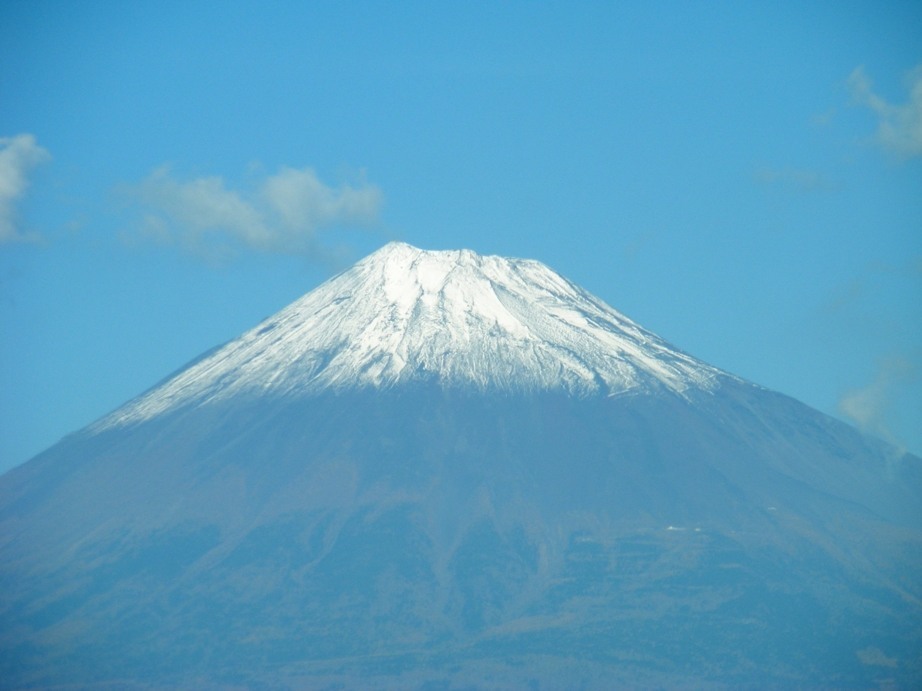 Fate smiled kindly on us on the return trip to Tokyo, as the skies were blue and cloudless. About half an hour before arriving in Tokyo, we were finally blessed with stunningly clear views of the elusive lady herself, Mount Fuji in all her magnificence – yet another iconic image ticked off my list. Getting off the train at Shinjuku station, the world’s busiest train station, we were bombarded with yet another different aspect of Japan and Tokyo itself. Shinjuku has a more chaotic, slightly seedier feel to it than other districts we’d already visited in Tokyo – that’s not a criticism though, as it was still brilliantly insane and a lot of fun. Walking up to the hotel, we thankfully were able to check in slightly early. I think by this time, most people were starting to feel slightly travel-weary and glad to take the weight off our feet – and our shoulders, as it was a major relief to be able to dump my rucksack on to the floor of my room! 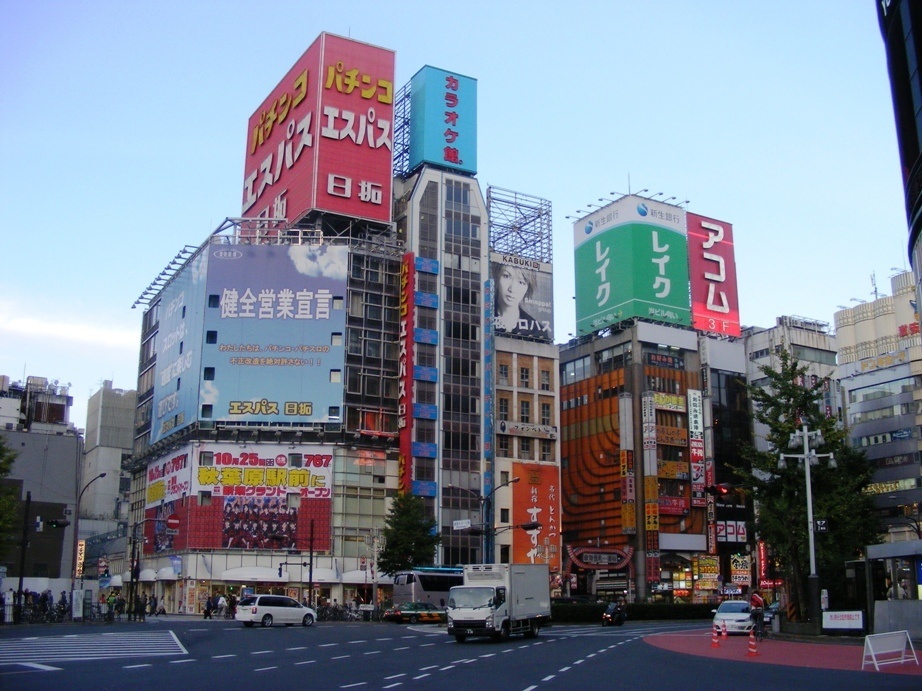 I had intended at this point to take a trip up to Akihabara, the electronics district which I’d missed on our first visit to Tokyo, but I couldn’t bring myself to take another train journey quite so soon. Instead, a few of the group contented ourselves with grabbing a bento box (another “tick” on my list!) from a 7-11 store, scoffing that on the street, and then attempting to do some last minute gift shopping for the folks back home. Anyway, I reasoned that just like leaving the spire on top of a pagoda one ring short of the “perfect” ten, leaving myself one thing I hadn’t been able to tick off the list would give me the perfect excuse to come back to Japan just as soon as I could possibly manage. 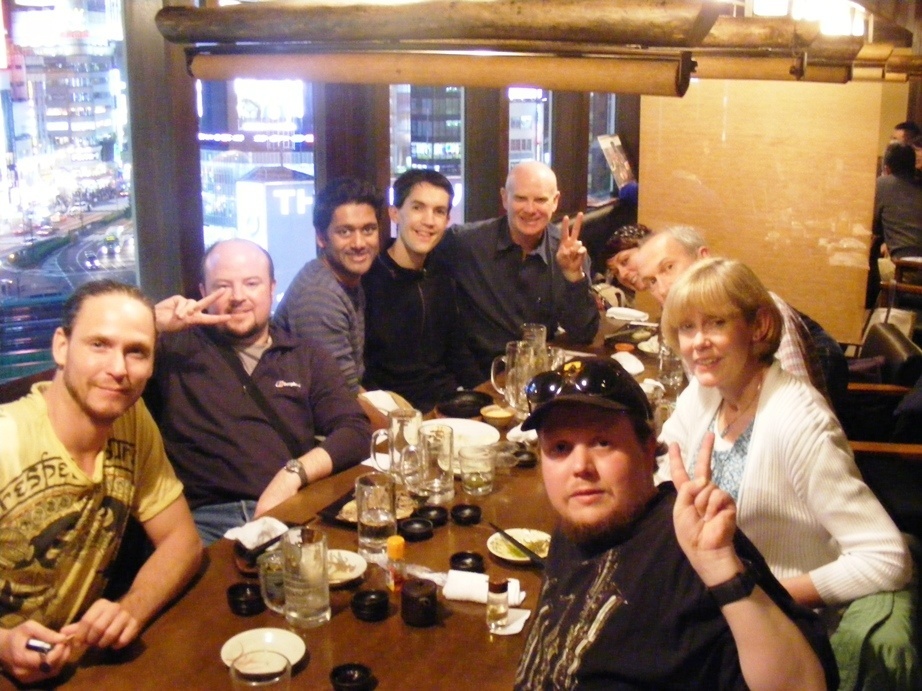 Our last night’s meal was at an Izakaya restaurant just across from our hotel, and this was probably the longest time we spent in a restaurant the entire trip –  the Japanese don’t really seem to do the whole long-drawn-out dining experience like some European nations do, it’s more a case of “in, eat, out”. We all thanked Alain for his outstanding support and guidance during the trip, and passed on our gratitude to him. Having someone with his knowledge and passion for Japan really made our tour an unforgettable experience, and his enthusiasm proved infectious. Throughout, he had been nothing but attentive and efficient, giving us great confidence to get out there by ourselves and start exploring on our own. As last parting gift, Alain reckoned that we’d had a mild tremor whilst dining as he’d seen the tables shaking gently from side to side – nobody else had really noticed, but by this time, we trusted our tour guide implicitly! 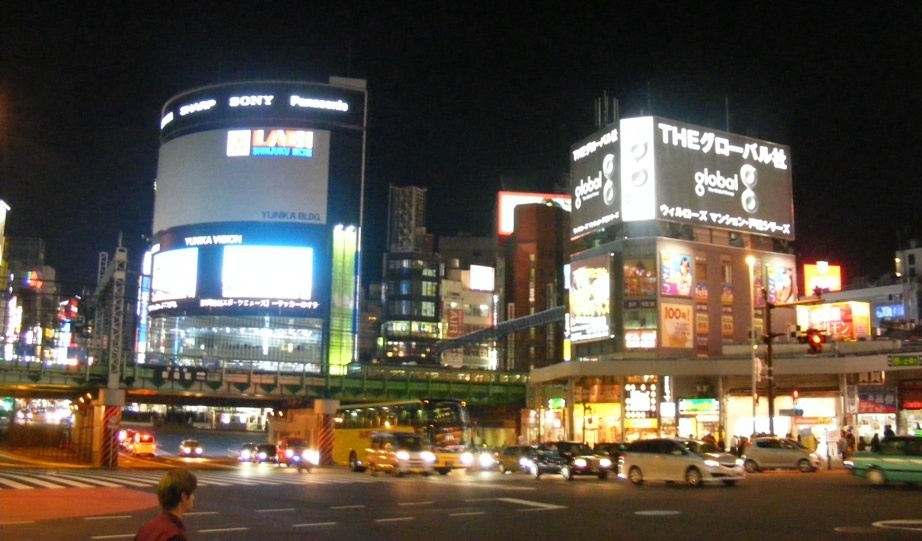 There was one last thing I had to do, but was reluctant to part company with my new-found friends on the last night. I headed off on my own to take in the legendary Shibuya crossing for myself. Witnessing the neon-lit, well-mannered sheer insanity of hundreds of people crossing from all points of the compass, at the same time, was truly a sight to behold! I was amazed at how the swathes of people somehow managed to navigate their way through the oncoming crowds, all impeccably politely with no jostling, bumping, or grumbling. 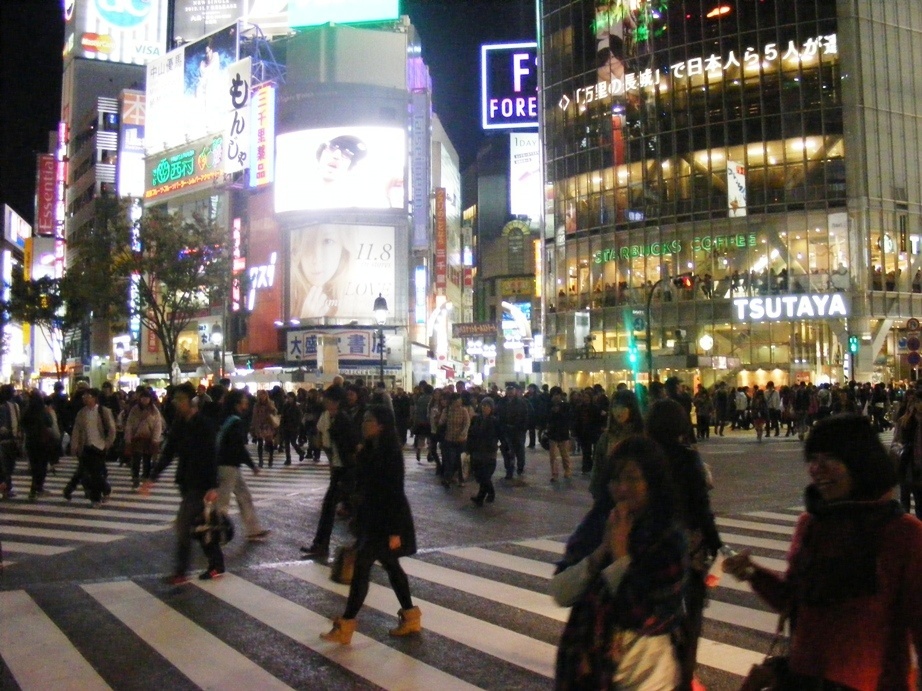 Returning back to the hotel on the train, something else struck me – just how at ease and relaxed I felt. Despite being alone, in a foreign city, late at night, surrounded by people who probably had about as much English as I had Japanese, it felt remarkably natural and easy. There was no air of unease simmering beneath the surface that there might have been in the UK, and everyone still seemed friendly, well-mannered, and relaxed. I really did love this country and its people.

An early start, and what seemed a marathon walk through Shinjuku Station, to catch the Narita Express taking us to the airport and our flights home.

I was incredibly sad to be leaving Japan, and that our utterly brilliant time out there was at an end. The tour had been outstanding from start to finish, and had far exceeded my expectations. I’d experienced everything I’d wanted to (except Akihabara!), and the fact that I’d made some new friends along the way was an added and very welcome bonus – the people I’d met on the trip had, for me, made the tour truly special. Without a doubt, I had totally fallen for Japan, its people, and its charms, it is simply the best country I have ever visited, and it had left an indelible mark on me. I will miss it terribly until I return, but the memories I have will always be with me, and the country itself will forever be a part of me.

Thank you to InsideJapan Tours and everyone else on the Tokaido Trail. I am already planning and saving for my return in 2013!

Thank you so much to Rob for sharing his Tokaido Trail experiences with us. It is really good to read through Rob’s Tokaido Trail diary and takes me back to my tour leading days. I often forget how much stuff actually goes into these trips. Even in a 10 day period, there is an incredible amount you can do and experience in Japan and it sounds like Rob did most of it….apart from Akihabara! Apparently, we have another Japan fan on board, which is always great to know. I sincerely hope that you get over there again soon Rob and I am sure that Japan will love to see you again soon.