Skip to content
Thank you for signing up!
Subscribe to our Newsletter
HOME » Home » Learning to love Osaka

Our Mark from the UK office spends quite a bit of his time tour leading in Japan too. He recently headed out to Japan to lead a couple of tours along with doing a bit of volunteering in Tohoku and partying at the huge traditional summer festivals in the region. Mark also went to Osaka. Mark was famed within IJT for not being an Osaka fan, but he had admitted himself that possibly hadn’t given it much of a chance. Here’s the story of how Mark got on with Osaka.

I’ll be honest, I have been guilty of overlooking Japan’s third largest city for far too long. My previous experiences of visiting one of Japan’s most loved cities resulted in trying to like a place I found to be an underwhelming concrete jungle. I concede that I was missing out all the time and I was being arrogant and stubborn. Whenever I received a new enquiry asking about Osaka I would hesitantly say it is a “vibrant city” with character and is “down and dirty”…  Although I had visited about 5 times before, my first impressions were very wrong… here’s why:

Finally this summer I had the chance to really get beneath the surface and explore the city I had loved to hate. During leading Essential Honshu (another awesome IJT group tour) I made a concerted effort to “do Osaka” as best as I could in 48 hours…

Here are my top tips for a short stay (in no particular order):

1.    Dotonburi – the down and dirty drag. A great street vibe with flamboyant fashion, sprawling buildings of all shapes and sizes broken up by a network of canals, young businessmen being offered all sorts of escort services and some amazing street food. Here’s where you really get a feel for the city. Must see at night.

2.    Hep5 – not a lethal strain of disease but a cool ferris wheel perched on top of a building. Random! Think more fairground than London Eye.

3.    Okonomiyaki (mixed up savoury pancake cooked on a hot plate in front of you). Almost as good as Hiroshima style but having lived in Yamaguchi for three years I prefer watching the layers build up! Plenty of choice in Dotonburi and a must try culinary experience.

4.    Tacoyaki Octobus balls (stuffed doughy balls filled with small pieces of octopus and cooked on a hot plate topped with mayo, scattered with katsuobushi (moving fish flakes!) and herbs). Osaka wins hands down on taste when it comes to this unique Japanese favourite fast food. Available on every good street corner. 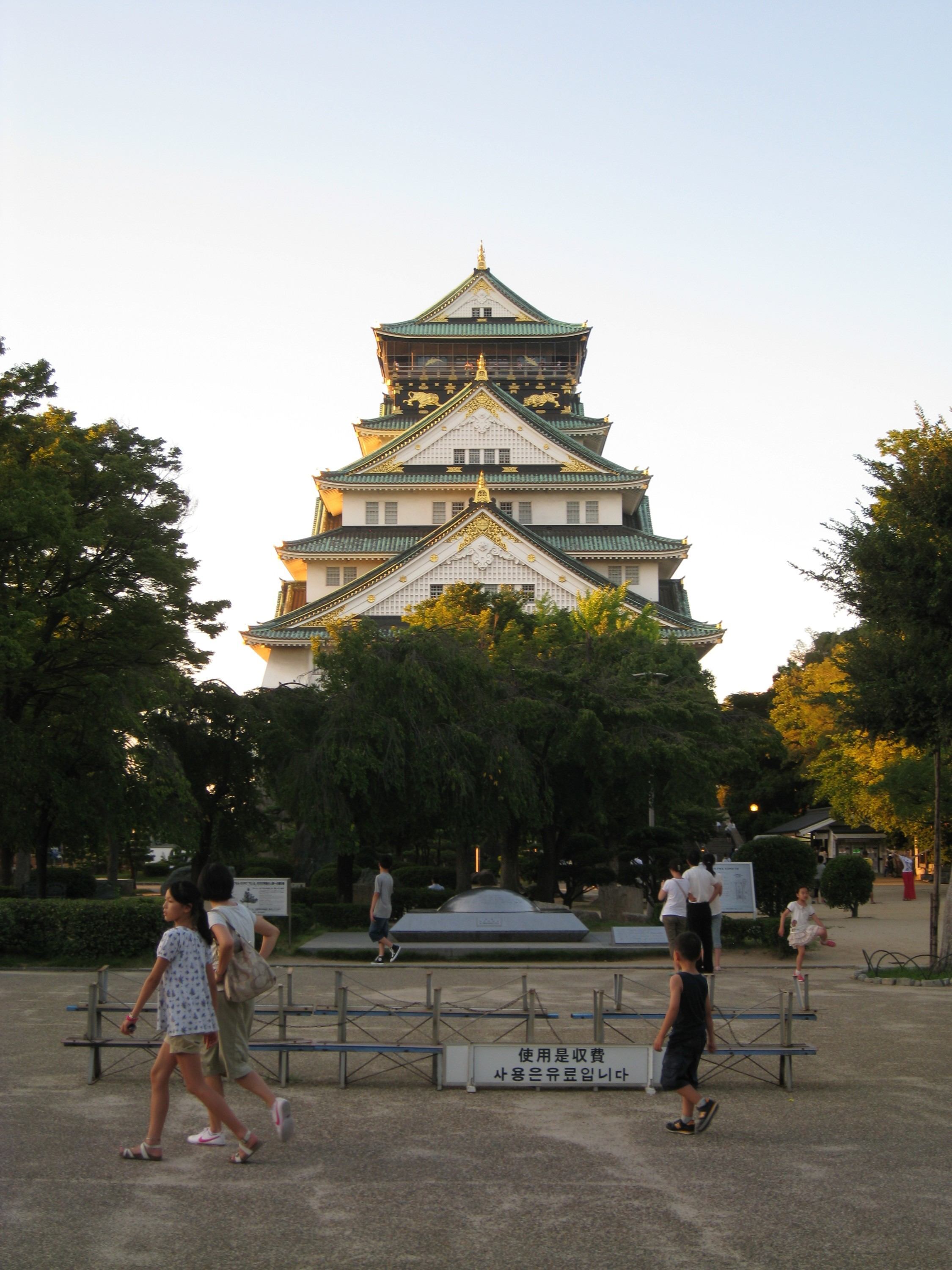 5.    Osaka Castle. I have seen a million castles in Japan (well not quite). Although it’s another remake atop the original stone foundations (impressive in itself – just how did they get the stones there?) the castle houses an excellent and very informative walk through history. By the time you leave you will have given up on who was trying to fight who and for what! A great place to check out the lay of the city from the top.

6.    Sky Building – Fantastic views from the top of this looming masterpiece of modern architecture. A walk across the Skywalk (when it’s not being hit by lightning as in my case) I’m sure would be awesome too. 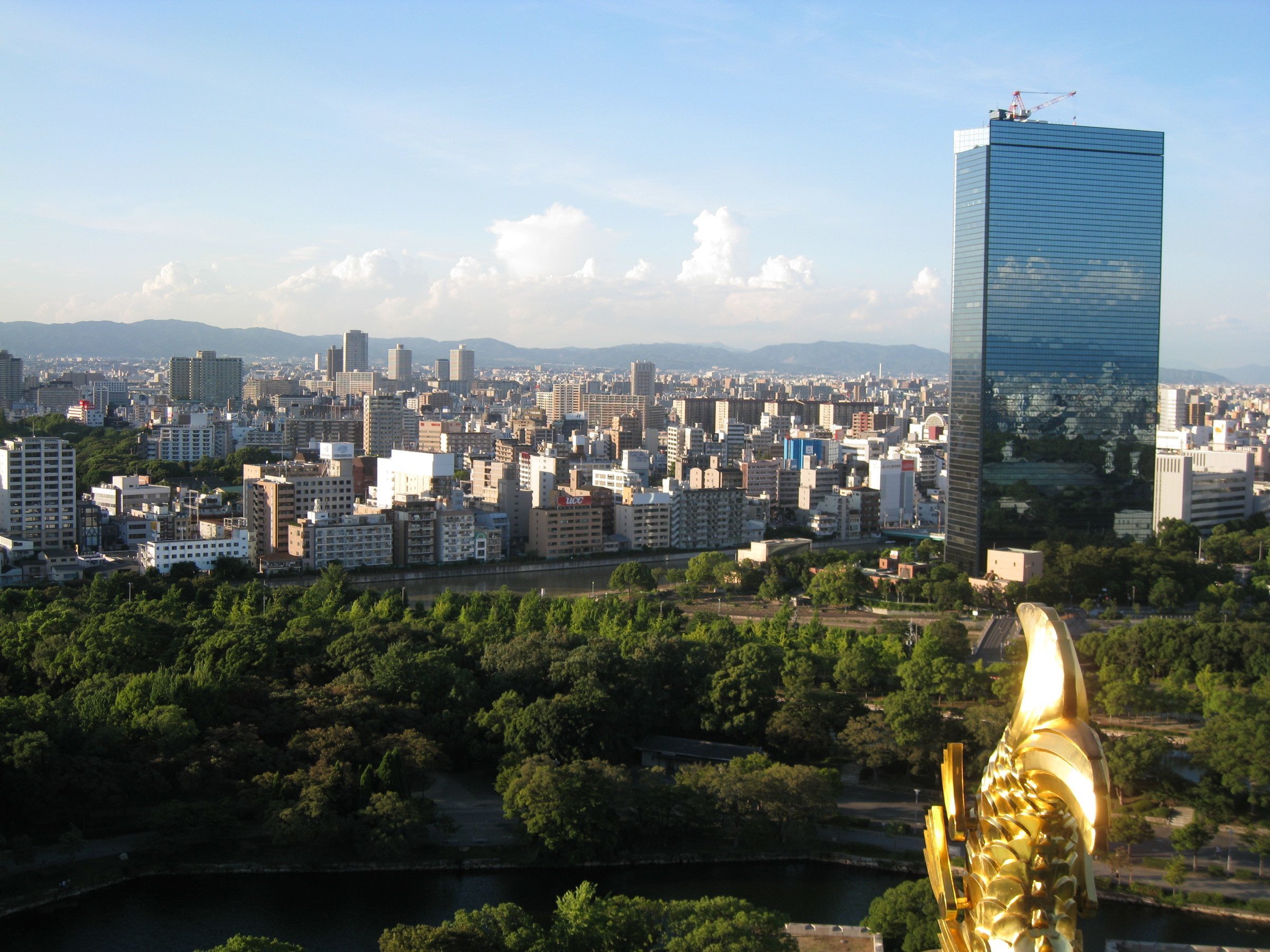 7.    USJ (Universal Studios, Japan) OK, I also confess to being somewhat of a theme park luddite but USJ rocks and makes a welcome break from temples. You can’t fail to enjoy the Spiderman ride. Kids will really appreciate a day off from a hectic schedule of sightseeing.

8.    Osaka Aquarium – who doesn’t like watching one of the world’s few whale sharks in captivity in a massive tank? The building itself is a another great example of modern Osakan architecture. 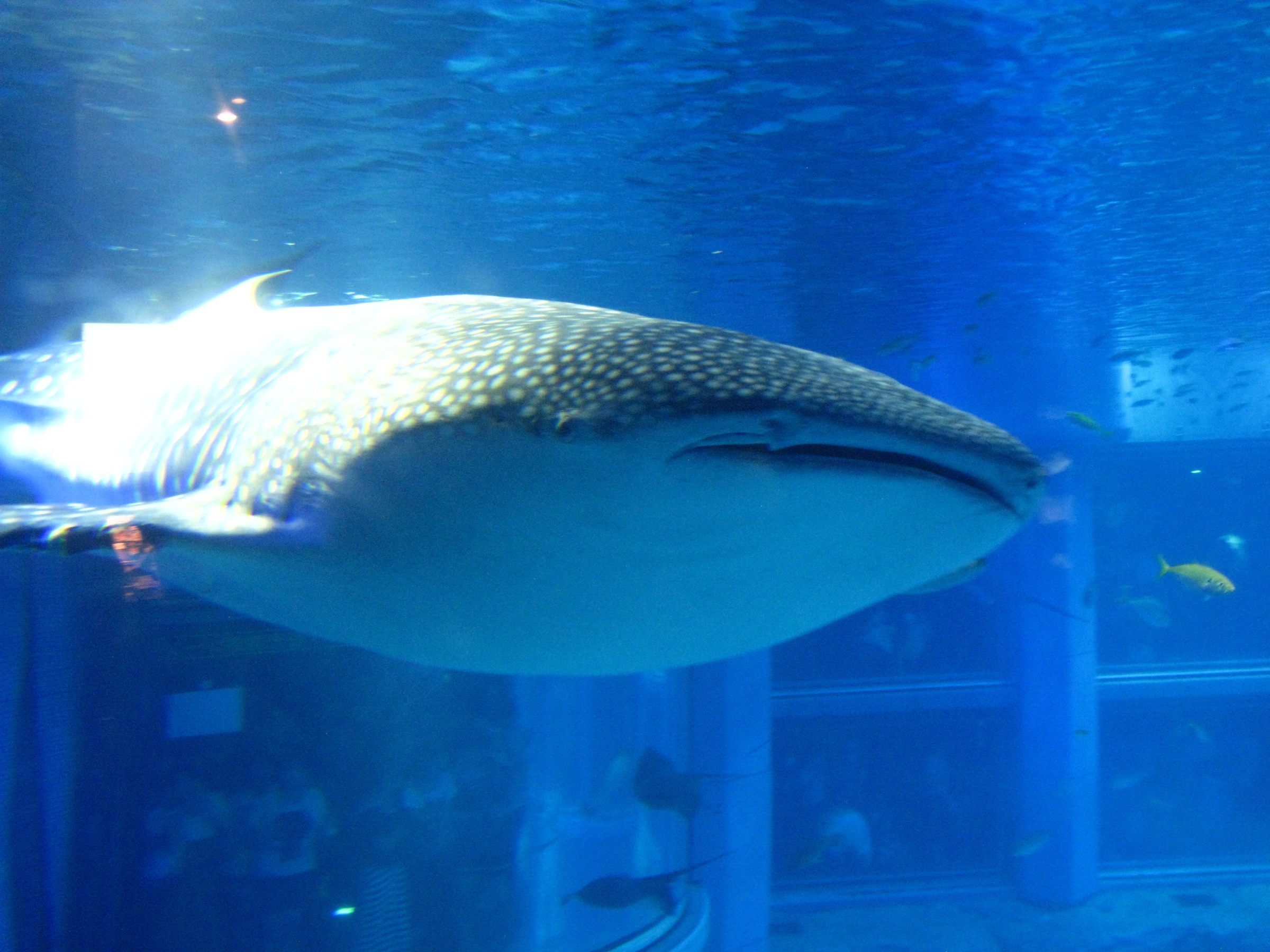 9.    Shopping – not high on the list of priorities for everyone when travelling around Japan, but Osaka has so much choice and a sprawling network of underground shopping malls perfect for getting lost in.

10.    Love Hotels – just swipe your card and you’re in. Swipe your card on the way out and you’re a few thousand yen down and hopefully all the better for that moment of passion shared! Seedy … who me? Never tried it! 😉

11.    Summersonic Festival… I wish my colleagues would stop rambling on about how great Fuji Rock is! Summersonic is more your V-Festival than Glastonbury so more “glamping” than wallowing in mud but here you see some top acts and lots of Japanese bands for a reasonable price. DO not I repeat DO NOT turn up without a ticket! 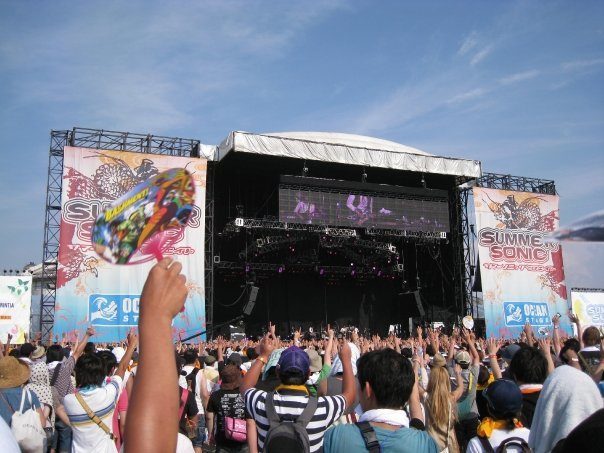 Osaka is all about the atmosphere, the quirky people (what other country in the world is divided by people that queue on the right side of the elevator everywhere else and on the left in one city?). Osaka = people with attitude, people with a purpose, people who tell it like it is and people who are not afraid. Don’t be intimidated – the friendly, laid back atmosphere is very welcoming and strangely appealing. Stand clear and let the Osakans get on with their business – after all they are also the fastest walkers in the world (apparently). Take the jabs and jibes from the obaasans (feisty older Osakan ladies) when queuing and forgive the small amount of litter (a welcome sight in Japan that prides itself on being uber clean), graffiti (who doesn’t like a good Banksy or two) and lack of coherent English signing.

You will enjoy if…

You’re fun loving, open minded. Don’t go expecting more historic sights and temples… there aren’t many of noteworthy importance since Osaka is a modern city largely rebuilt after the heavy bombing during WWII.

You’re a kid – it’s one of Japan’s most child friendly cities with so much to keep the kids entertained.

You’ll hate it if…

A cool way to arrive…
If you’ve made it all the way down to Kyushu and want an interesting trip back to Osaka then take the overnight ferry from Kitakyushu. The tatami flooring is cheapest but unless you want to cuddle up to the random stranger next to you then don’t go during busy holiday periods. Head up on deck when passing under the bridges that span across to Shikoku.

I think that means Mark is converted. It is not always easy to tell, but I think that this is generally a positive piece from Mark. In my own opinion, Osaka is a great city for getting to grips with down-to-earth Japan. The city has a lot of surprises and I think that most people will be pleasantly surprised by the Kansai capital. I love Shinsekai for example and I think different people will like different things about this place, but they will like it. Why not go and take a look.