Skip to content
Thank you for signing up!
Subscribe to our Newsletter
HOME » Home » Summer Festivals + Yukata = Romance?!

Here is the latest blog piece from one of the InsideJapan team in our Nagoya office. The very talented Tomoko san gives us the background on wearing the traditional Japanese yukata. You may think that there is more to wearing the yukata, but Tomoko san tells us how it actually is….it is a good way of attracting other people! I recommend you read on…

Japan’s hot summer has come and the festival season has started! When it comes to summer festivals, Japanese girls love to think about ‘what to wear?!’ The perfect answer is yukata!

Yukata is a light cotton kimono and it is often used as nightwear at Japanese style accommodation. It also comes in a wide variety of colours and designs as a summer outfit. Kimono in general is not an everyday outfit for most Japanese these days, and we tend to wear it only at formal occasions. However, yukata is one of the most informal kimono and relatively easy to wear. Every summer all department stores set up a special section for yukata to attract customers, especially young girls.

Why young girls? It is because yukata is believed to make Japanese girls look more beautiful and attractive! Summer festivals are a good excuse to ask boys out and it is a great chance to impress boys with your different and beautiful look dressed in yukata! In fact, this kind of romantic situation is often depicted in manga and TV dramas in Japan. 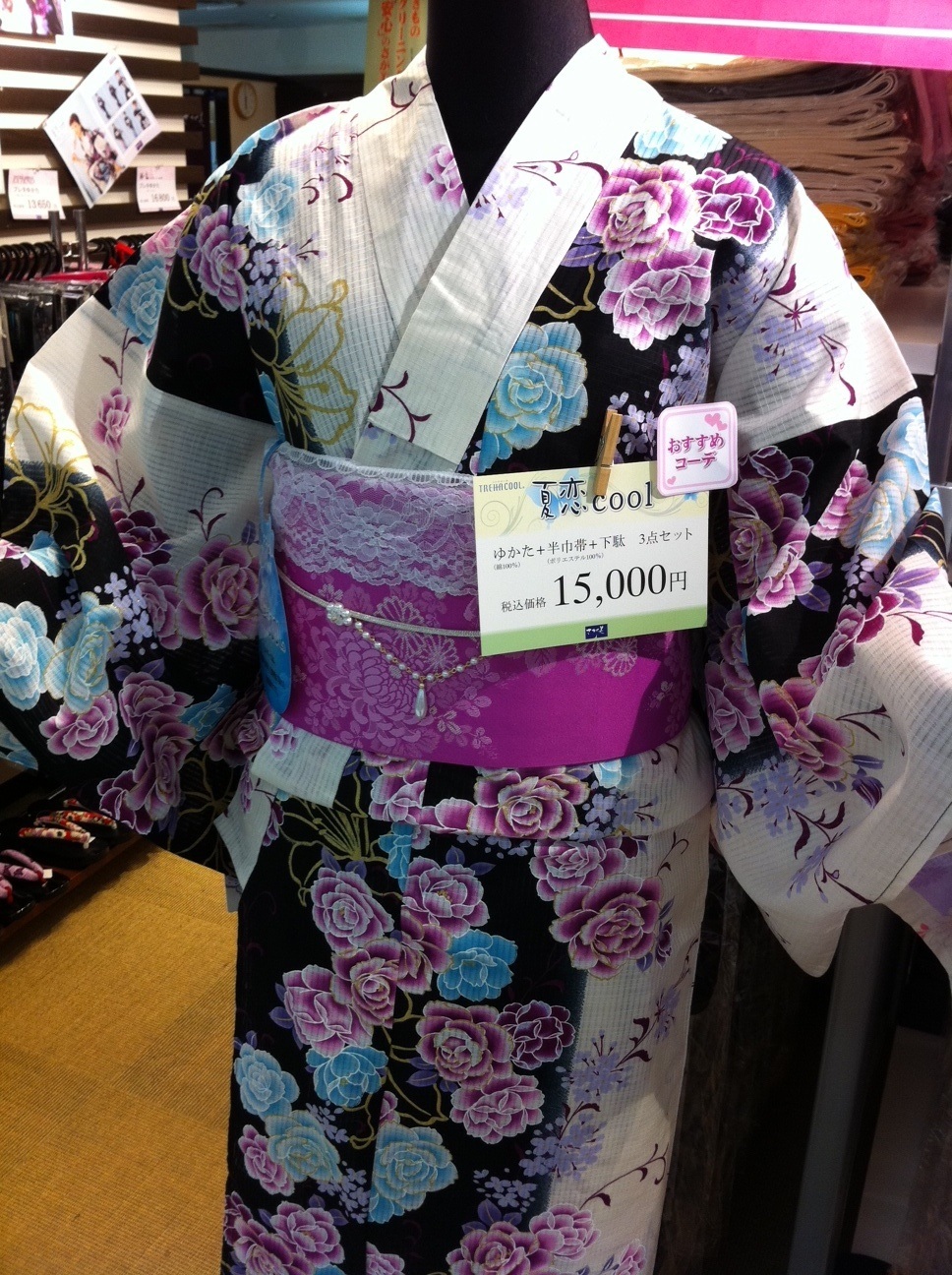 I must confess that I am one of the girls who has been greatly affected by those romantic manga, I have tried out the ‘festivals + yukata’ formula in my twenties. Although yukata is relatively easy to wear, you still need practice and preparation! I took a yukata wearing lesson and bought a fashion magazine featuring make-up and hairstyle for yukata to get ready for a big day out to a festival. Obviously putting on a sleeveless summer dress and sleek sandals must have been much easier, but I desperately wanted the magical charm of yukata! My efforts paid off and the ‘festivals + yukata’ formula did a bit of trick to me!..but just for a short period of time. The summer magic did not last long in my case…

Yukata is also something that men should try. It adds charm to men and makes you look more mature and cool! I sometimes see couples wearing yukata at a festival, looking at each other rather than watching beautiful fireworks up in the sky, and saying how pretty / cool to each other. Surely that is one of the enjoyments of summer festivals?! Boys and girls, let’s get dressed in yukata and enjoy the hot summer festivals in Japan! 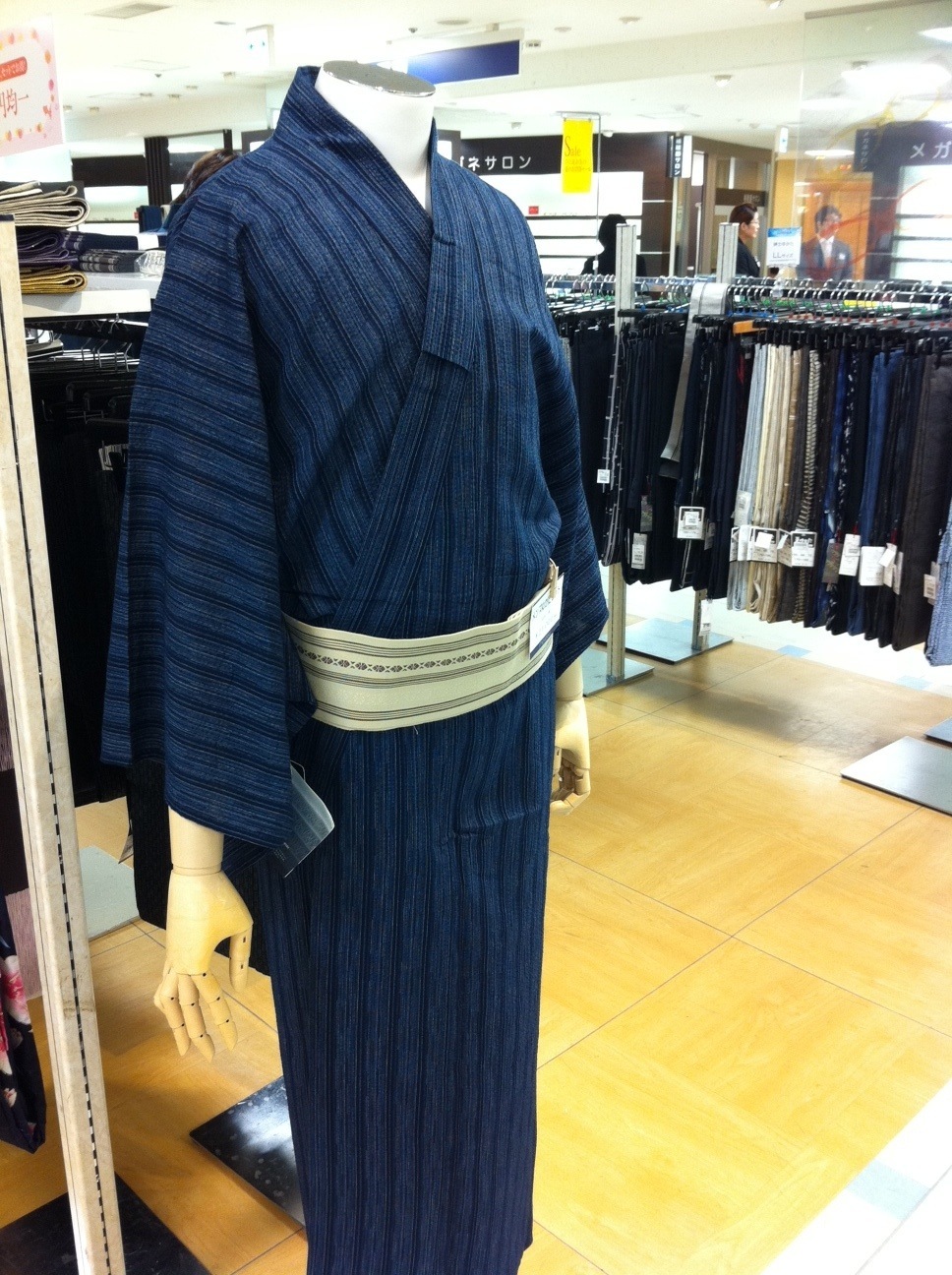 Nice advice Tomoko san! Seeing girls and guy dressed in yukata at festivals is one of the highlights of the summer along with all the food stands and huge fireworks displays. A Japanese festival is a great cultural experience – There really is only one Japan!