Japan is open to tourists! Find out how to visit.
Anime, manga & J-pop

In Kyoto you'll find the International Manga Museum rubbing shoulders with ancient temples and age-old shrines - the perfect juxtaposition of distinguished tradition and vibrant modernity. Don't miss the Toei Movie Park, where you can dress as a geisha, samurai or ninja and explore authentic Japanese film sets.

In Osaka you'll be catapulted into the tumult of one of Japan's most exciting cities as you wander beneath the giant animatronic crabs, Ferris wheels and looming neon "Glico running man" of the Dotonbori district. We recommend a half-day trip to Takarazuka, where the Osamu Tezuka Manga Museum commemorates the creator of the famous Astro Boy comics. 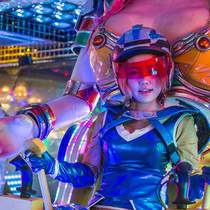 From AKB48 to Pokemon, Japanese pop culture is an unstoppable force.

Think of Japan today and you're probably as likely to think of robots and Hello Kitty as you are geisha and samurai. Ever since the boom years of the 1980s, Japanese pop culture has been an unstoppable powerhouse, and its ever-growing popularity abroad shows no sign of abating.

Manga (Japanese comics) and anime (Japanese animation) are inarguably Japan's most ubiquitous pop culture export. In Japan it is perfectly normal to see grown adults poring over their favourite comic books in the subway on their way to work, and you'd have to look quite hard to find someone anywhere in the world who hadn't heard of Pikachu or Studio Ghibli.

Meanwhile, Japanese street fashion (typified by the famed "Harajuku girls" of Tokyo) has firmly established styles such as "gothic Lolita" as stock images of modern Japan. Japanese pop music, or J-Pop, offers its own brand of sparkling, upbeat tunes - and we have kawaii (or "cute") culture to thank for Hello Kitty and yuru-kyara - the armies of cuddly cartoon mascots currently flooding Japan.

Whatever your perspective on Japanese pop culture, it's impossible to avoid - and Japan wouldn't be the exciting and vibrant place it is today without it.