Skip to content
Thank you for signing up!
Subscribe to our Newsletter
HOME » Blog » The 2011 Tohoku tsunami and how I fell in love with Japan

Jamie Lafferty is an incredibly well travelled Scotsman, having been all over the world writing and photographing for the likes of the Sunday Times, The Guardian, National Geographic Traveller, Wanderlust and more. It was back in 2011 that we first knew of him, as he got the enviable job of blogging for the pioneering Travel Volunteer project, which saw him travel the whole of Japan. Chances are you may have read some of Jamie’s work before, but you can find out more about him here.

This is the story of his first encounter with Japan…

I could hardly have been any safer. Over 10,000 miles away, and almost 3,000m above sea level  in the Bolivian city of Sucre, high in the Andes, the extreme dryness of the Atacama Desert covered most of the land between me and the Pacific Coast.

The extreme time difference meant that the Great East Japan Earthquake of 2011 happened at 23.46 local time on the 10th of March. I was already in bed by then, likely in some dank hostel or other, almost 11 months into a global backpacking trip. I remember walking into the common room the following morning and seeing people gathered around a television, watching the grim repetition of the tsunami roll over Japanese cities again and again. I had friends living in Kanazawa at the time and I had no idea where that was in relation to the Tohoku coastline, so I emailed them and waited to hear that they were OK.

That epic round-the-world trip had not included a visit to Japan. The yen was too strong at the time, the flights prohibitively expensive. A strict budget of just $30 per day had been set and my then-partner and I knew it wouldn’t get us far in Japan, so we skipped it altogether.

Almost six months later we were back in the UK when an unexpected email arrived, talking about a forgotten application I had made for something called the Travel Volunteer Project. The initiative had been launched in a bid to encourage people to come back to Japan after lean months after the tsunami when tourism had dropped to almost zero. Visitors hadn’t been deterred by the idea of natural disasters, but the disaster in Fukushima was an on-going concern for many. In some ways, that’s still true today – more people are likely to associate the earthquake with Fukushima than they are with the 20,000 people who died across prefectures along the east coast.

I had applied on behalf of my partner and I with little hope of being contacted – ours was one of almost 2,000 applications after all – but within a few weeks we found ourselves in Ishikawa about to embark on what would be a ludicrous whirlwind tour around the country. 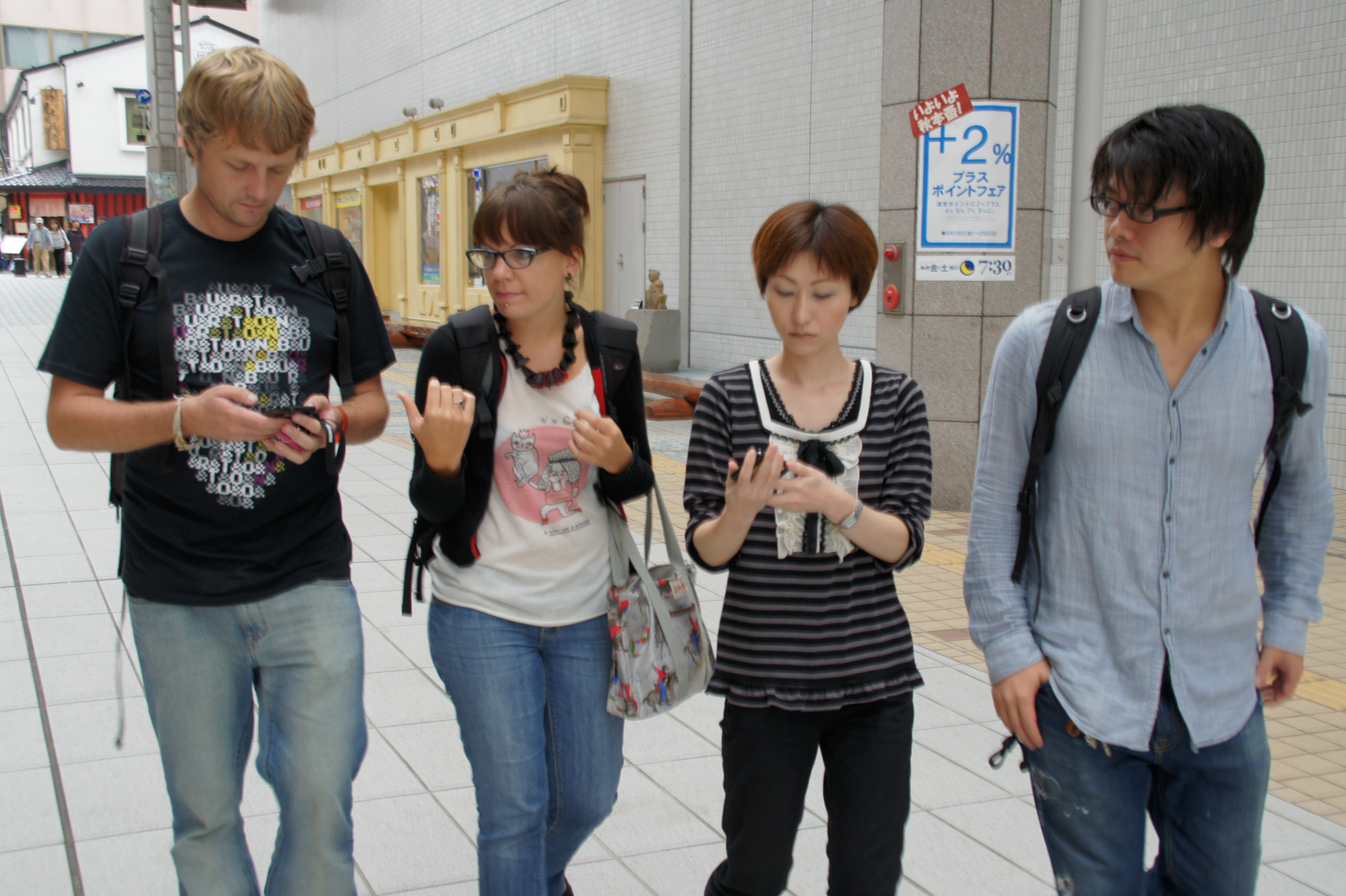 The idea was to visit all 47 of Japan’s prefectures in just 100 days, photographing and blogging as we went. As far as first visits to a country go,  it was about as deep a dive as it was possible to imagine. From the first day, we decided we’d try to avoid covering the same topic more than once, even as the geography changed. This of course generated even more work and, just a few days into the project, we realised we were being overwhelmed.

Around 10 days in we were going to ask for some kind of break – or suggest that perhaps the organisers contact some of the runners-up and ask them to share the workload. We hadn’t really recovered from jetlag and each day brought as many challenges as it did rewards. With 90 percent of the country still to see, we were already exhausted and it just didn’t seem possible… And then we arrived in the tsunami zone. 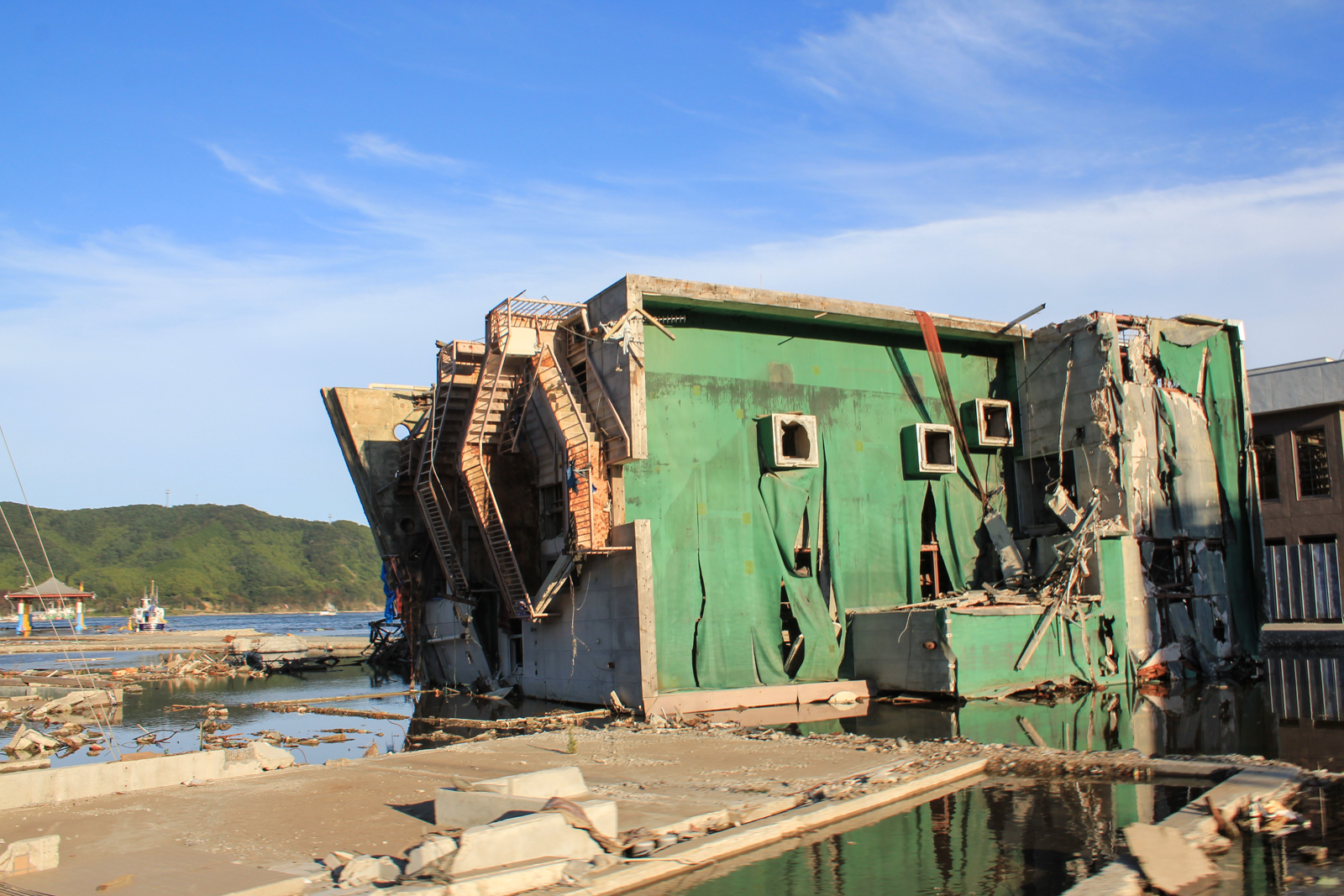 We had two days in Onagawa, Ishinomaki and Sendai, all of which had suffered tsunami damage that ranged from severe to cataclysmic. Standing on a peninsula above Onagawa six months later, blocky buildings still laid on their sides, appearing virtually undamaged, like casually toppled pieces on a chessboard. Desolation lay around about, empty and flat. Volunteers who’d arrived not long after the waves insisted this represented remarkable progress.

In Ishinomaki, the initial waves tore through the Minamihama neighbourhood, picking up houses whole, their walls stronger than their connection to the ground itself. The tsunami then threw everything into the side of a hill half a mile from the shore, and rebounded. On the way back out to sea, it was met by other, incoming waves and the collisions had a devastating effect on the sunken neighbourhood below. Virtually everything was destroyed or damaged, the ground excoriated as though a Titan had taken a steel brush to the flesh of the earth. 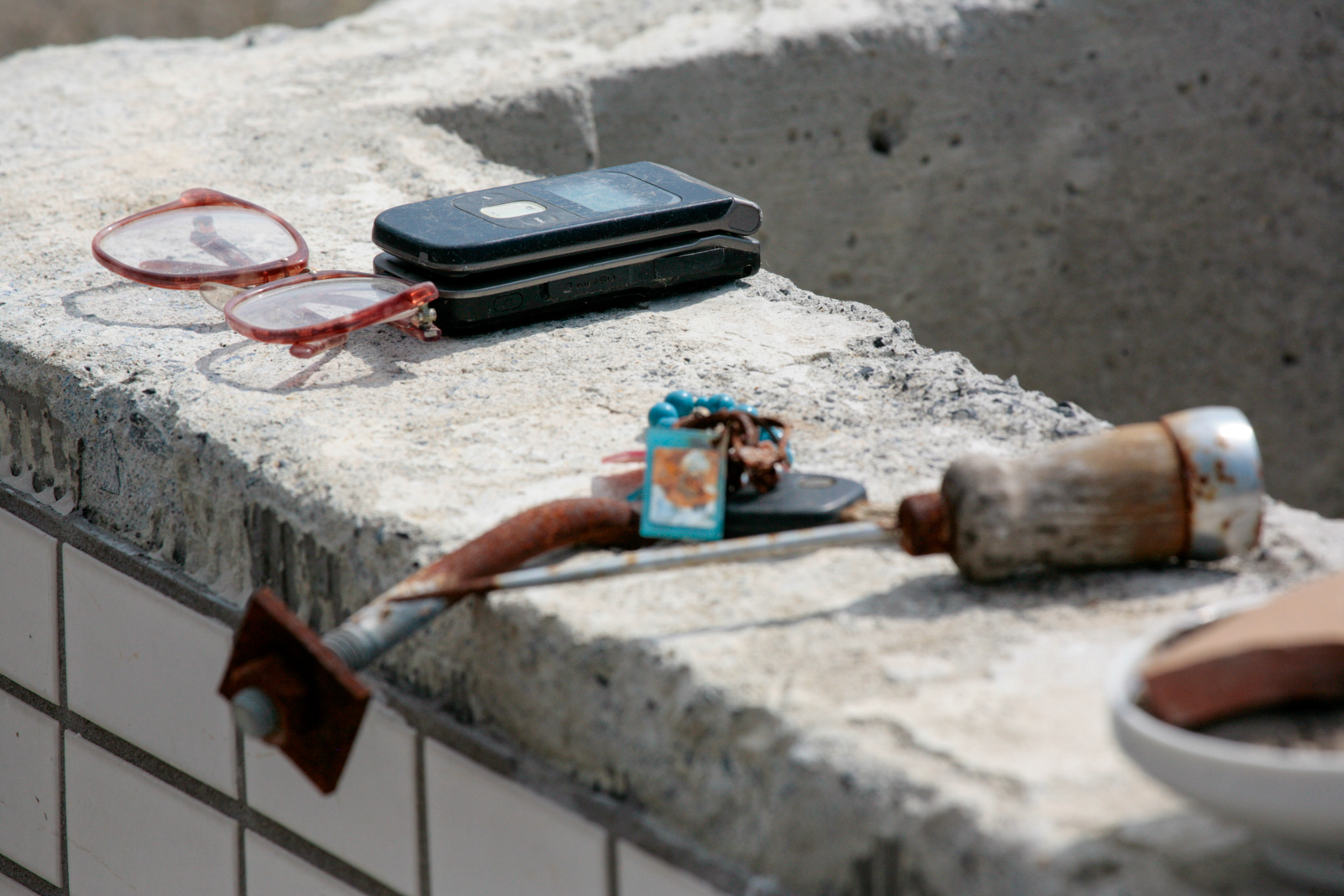 Even standing there, the loss and immediate aftermath were hard to fully comprehend. What was easier to grasp was the outpouring of emotion and subsequent generosity of the armies of volunteers (there were said to be over 50,000 at one point) who arrived from around the world to places like Onagawa, up and down the stricken Tohoku coastline. 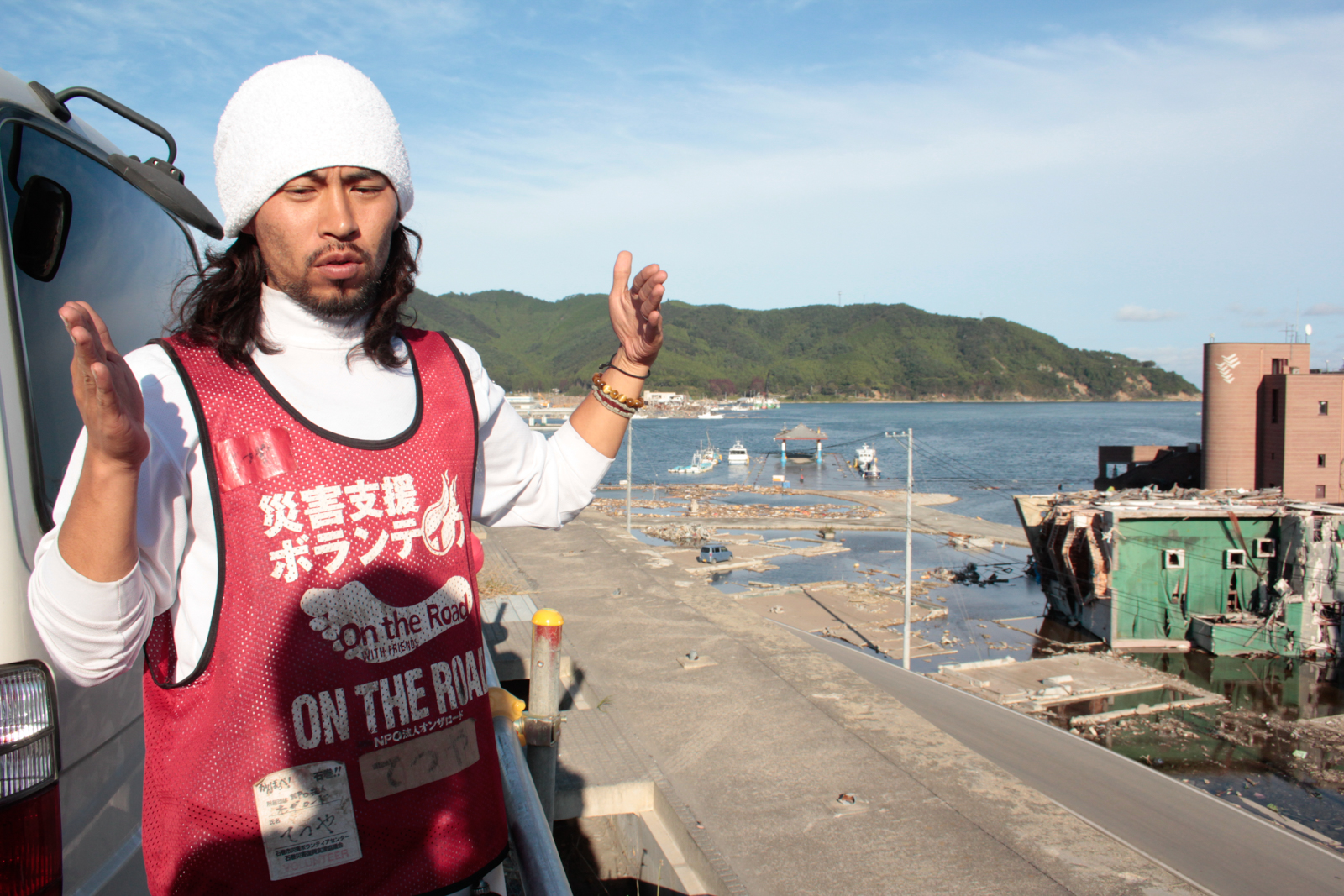 To see it all and to meet the volunteers was to understand why we were really there. The next 90 days remained tiring and often confusing, but having seen first-hand what had happened in Tohoku we knew how lucky we were. And the more time that passed, the more Japan opened to us – no matter how many times we were shown how to perform the washing ceremony entering Shinto shrines, no matter how frequently locals told us they told us they were impressed with our chopstick skills, we appreciated every moment. Before long we were in love, and eventually leaving felt like a wrench all of its own. 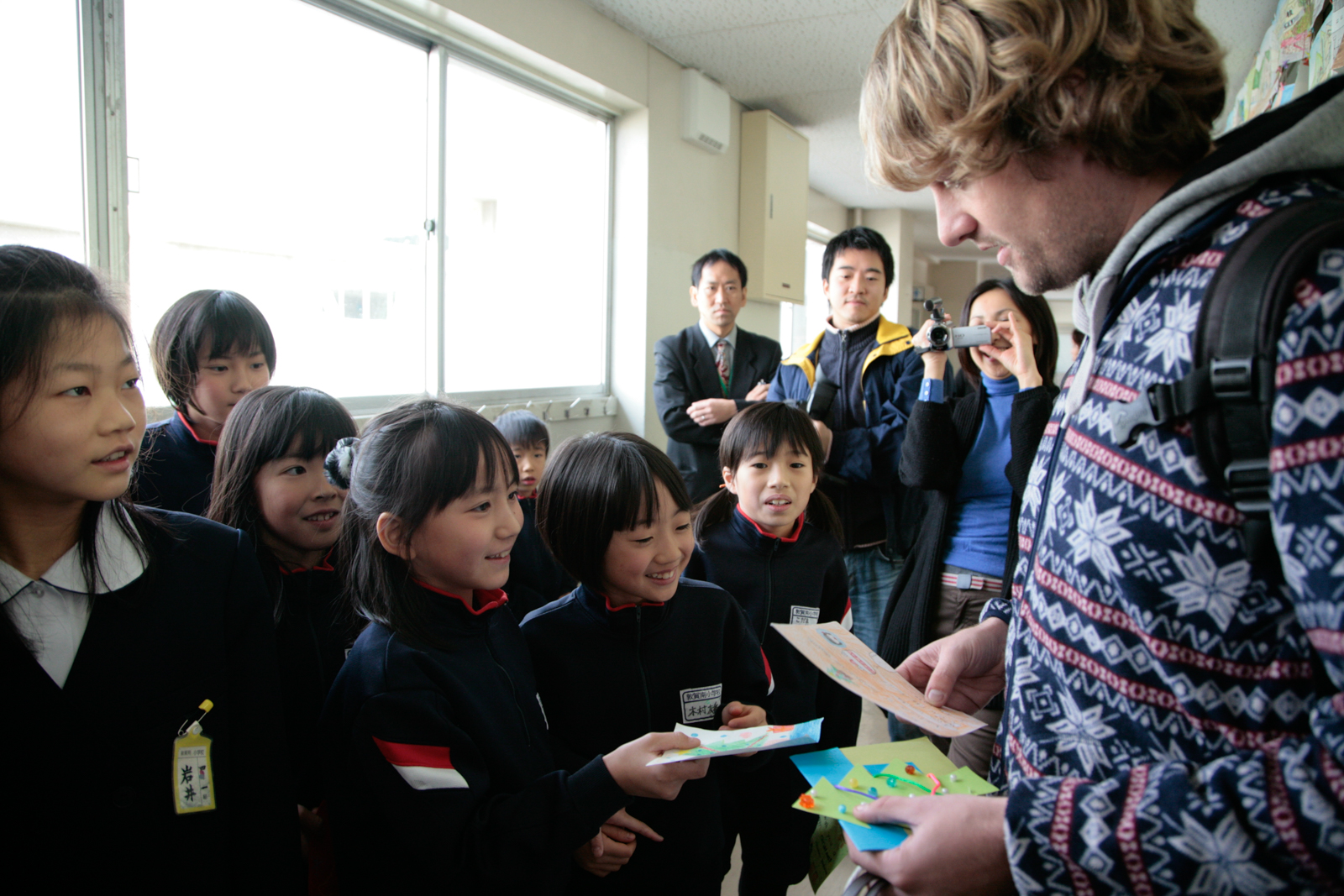 Ten years after the Great East Japan Earthquake, the country has to rebuild its tourism sector once more, but of the many things the Travel Volunteer Project taught me, perhaps the thing that stands tallest is to trust the resilience of the Japanese people. I miss them, I miss the country and I’ll get return as soon as I can.