Skip to content
Thank you for signing up!
Subscribe to our Newsletter
HOME » Blog » A grain of truth: Japanese rice

There’s one foodstuff that’s so intrinsic to Japan that word for it cooked (gohan ご飯, also meshi) is also the general meaning of “meal”. It’s part of the fabric of life. You guessed it, we’re talking about the humble grain: rice

Rice has been cultivated in Japan for over 2000 years and is more than a staple food in Japan, it is also deeply connected to the culture of the country. It is thought that wet rice cultivation had a significant impact on the social behaviour of the Japanese. Growing rice in wet fields was so labour-intensive that several families had to work together. They also had to share resources, because the irrigation system made it necessary for the water to run downhill, linking all surrounding rice fields. Out of this close cooperation among several families grew a culture of group harmony, consensus-seeking and a feeling of mutual dependency. Although just a small number of people work as rice farmers nowadays, these values are still prevalent within Japanese society. 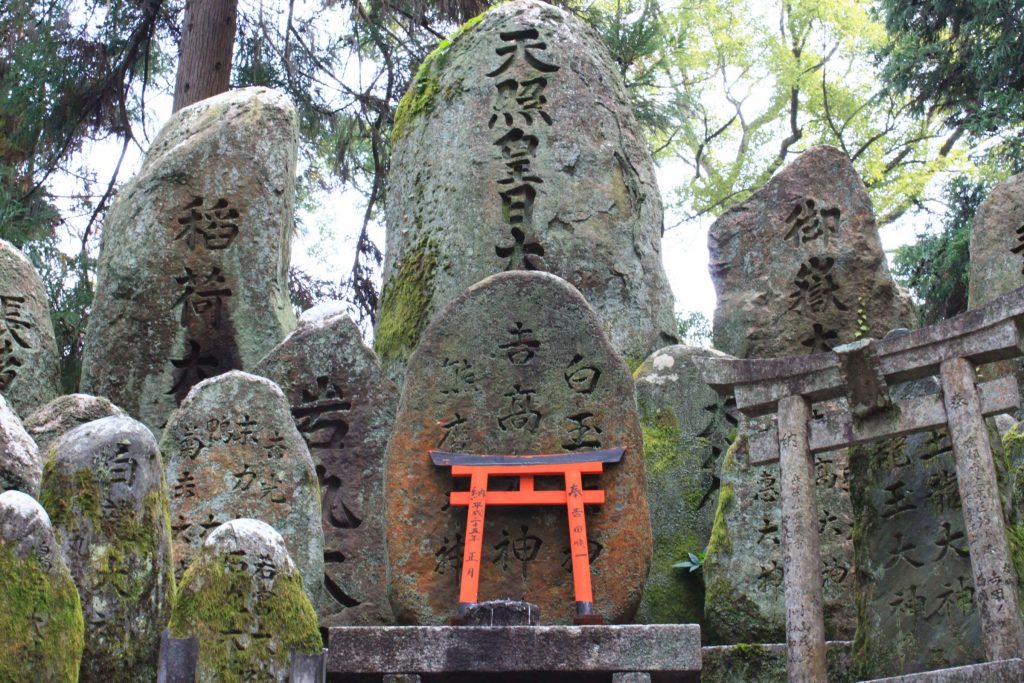 Rice was so valuable in Japan that it was even used as a currency. Peasants had to pay their taxes in rice and the worth of a domain was measured in koku, which is roughly the amount of rice necessary to feed one person for one year. In Edo, nowadays Tokyo, eating mainly white rice, often to the exclusion of other foods, became a status symbol. As a result, a significant number of wealthy samurai living in the capital developed vitamin deficiencies due to malnutrition!

As a symbol of prosperity and the life forces of nature, rice is used as one of the main offerings to the deities at Buddhist temples and Shinto shrines. Especially Shinto, which is concerned with living in harmony with the forces of nature. Inari, one of the most venerated Shinto deities in Japan, is the kami of rice, fertility, agriculture and prosperity. His name literally means “rice load” and his messengers are foxes, often depicted with a sheaf of rice in their mouths. Around 32,000 shrines, more than one-third of Japan’s Shinto shrines, are dedicated to Inari.

The Japanese emperor, who is also the highest Shinto priest in the country, grows rice to be used in official ceremonies in the grounds of the palace and it plays an important role in religious rituals. As part of the traditional wedding ceremony, the bride and groom share three cups of rice wine. During New Year, many families will make rice cakes called mochi 餅 at home. Mochi has been eaten for New Year since at least the Heian period (794-1185) and it is believed to give you strength for the coming year. Because of its chewy consistency, you literally need enough strength in your jaw and teeth to chew it thoroughly – this makes it one of the most popular, but at the same time the most it has something of a deadly track record! Every year there are cases of children and the elderly choking on a piece of mochi.

Every visitor to the Japanese countryside will see landscapes dominated by rice fields and they capture the imagination of the Japanese. Those who moved to one of the big cities for work find the sight of rice fields sparks a feeling of nostalgia and reminds them of childhood in rural Japan. 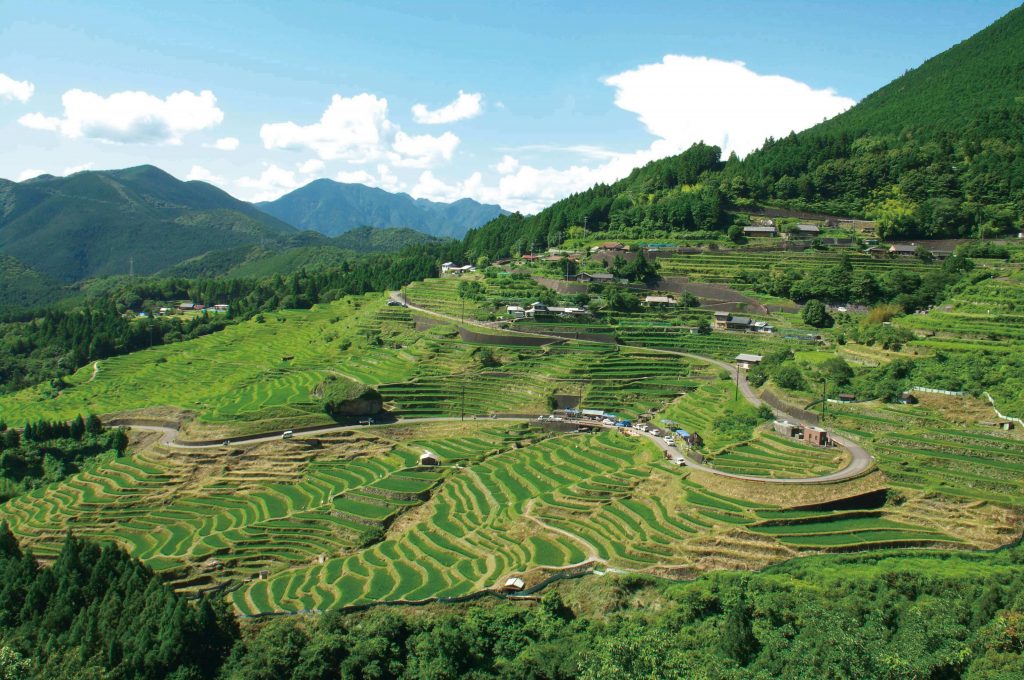 The cultivation cycle of rice fields reflects the different seasons, seasons which are so important to the Japanese cultural values for the fleeting beauty of nature. In spring, usually around April, the farmers start to till the soil before they are watered, and new seedlings planted. As the temperatures rise in summer, the wet fields are a habitat for many animals and the evening chorus of countless frogs becomes the background music for the beautiful scenery. In autumn, when the fields are full of shimmering golden waves of grain, it’s finally time to harvest. All over Japan you can watch farmers dry their fields, cut the stalks, and bind them together to dry.

Considering the importance of rice for the Japanese, the government sees self-sufficiency in rice as important for food security purposes. Therefore, rice imports are banned, except in processed forms, which led to friction with Japan’s trading partners. Most rice farms remain segmented and small due to the post-war land reforms and a steady decline in rice consumption since the 1960s made it less lucrative to be a rice farmer. Because of this, rice cultivation is highly subsidised by the government to protect domestic rice production.

But even though rice consumption in Japan is in decline for many decades and many Japanese will have a piece of bread instead of rice for breakfast nowadays, its importance for Japanese culture, society, and political economy cannot be overstated. You can find a rice-cooker in virtually all households in Japan, and a bowl of rice is still the centre of a meal most times. As the main currency it was not only an important food, it also represented prosperity and wealth. As a symbol for the life-forces of nature, it occupies an important role in religious rituals to this day and Japanese culture, as we know it, cannot be thought without rice.