Skip to content
Thank you for signing up!
Subscribe to our Newsletter
HOME » Home » The acceptance of impermanence

Along with the rest of the world, Japan is still grappling with the coronavirus pandemic. However, its islands and inhabitants are no strangers to dealing with times of crisis – not least from natural disasters.

The country’s earthquake-resistant building technology and disaster response plans are held up as examples around the world. But perhaps we should look at what we can learn from the Japanese psyche itself when it comes to dealing with crises – particularly a belief in, and acceptance of, impermanence. 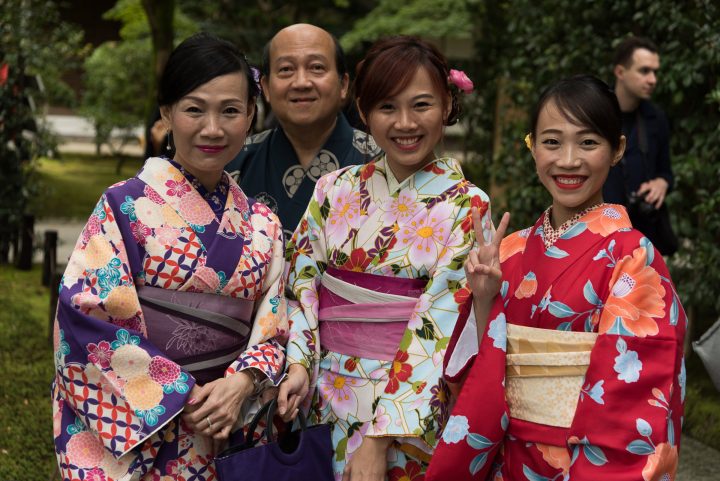 Japan is a country affected almost constantly by natural disasters – earthquakes, tsunamis, flooding and mudslides caused by the rainy season, and typhoons. The sudden and unpredictable ‘nature’ of nature has been hard-wired into the Japanese people.

Spring follows winter, sunny days follow cloudy ones, and better days follow the devastation of an earthquake or tsunami. This awareness gives people the strength to face such frequent disasters with acceptance, patience, flexibility and fortitude, while also reflecting on nature’s unnegotiable power. This has led to an incredible resilience among Japanese people. 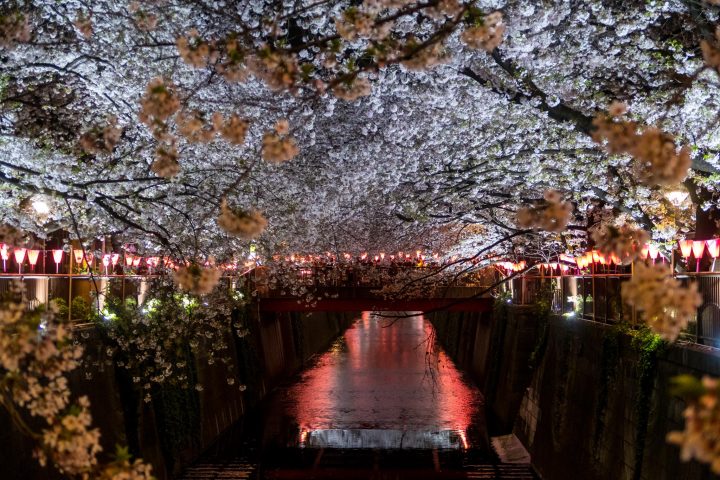 There are some obvious examples of accepting (and even celebrating) impermanence in Japanese culture. Perhaps the most quintessential of these is the sakura (cherry blossom). This beautiful, yet fragile spring flower blooms into life, then fades away in the span of a couple of weeks. To many Japanese people, sakura represents the transience of not just nature, but of life.

Many samurai took the sakura as their emblem. It reminded them to accept the uncertainty of life and appreciate fleeting moments of beauty, rather than be overwhelmed by a feeling of morbidity and finite existence. 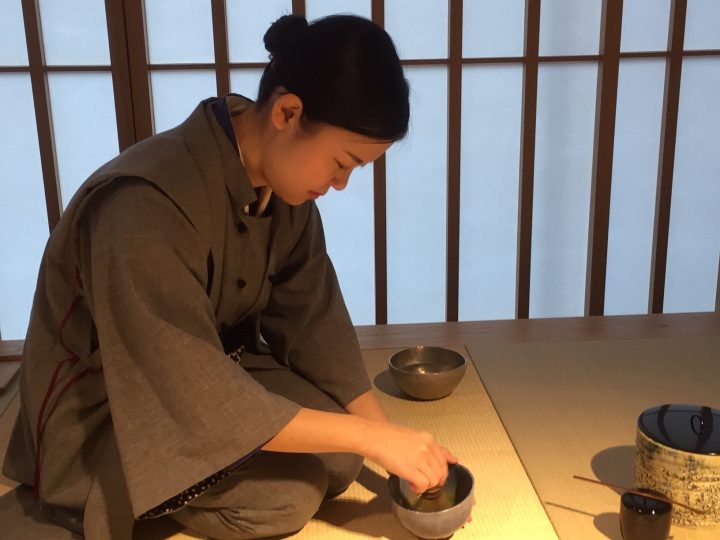 Another of Japan’s most famous cultural aspects, the tea ceremony, is also rooted in a sense of impermanence. Its key principle of ichi-go ichi-e, literally “one time, one meeting”, is itself a reflection on how each moment of our lives is unique and unrepeatable. Therefore, while recognising that each of these meetings is immediately lost to the past, there is a sense of a never-ending stream of change, as life carries on with new moments and new meetings.

Both the sakura and the tea ceremony are examples of what is referred to in Japanese as mono-no-aware, ‘the bittersweet poignancy of things’. In other words, it is precisely because these moments will pass us by, never to return, that we can appreciate them all the more. 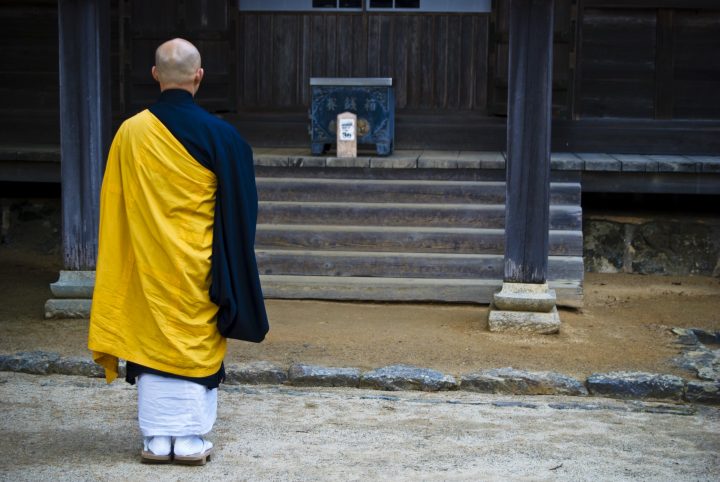 This acceptance and appreciation of impermanence can be traced back to the two prominent religions in Japan: Shintoism and Buddhism.

Shintoism, the indigenous faith of the Japanese people, is based largely on our relationship with nature, its cyclical patterns and its inherent power. Rather than one all-powerful god, in Shintoism, there are over eight million kami (deities) whose cooperation results in the realisation of the world we live in.

Kami inhabit forests (hence the large number of shrines located in or near forests), mountains, waterfalls, rocks and animals. Because the actions of these kami are fluid, the world is also constantly changing and in a state of impermanence.

When Buddhism arrived in Japan in the 6th century, its core belief that “all things are transient, and that everything with physical form will eventually perish”, was accepted by the Japanese as it fitted in with their pre-existing Shinto faith.

In fact, the two belief systems merged in many ways. This included linking the Buddhist sense of transience much more closely to the natural environment and the cycle of the seasons, and the rebirth that inevitably follows death.

Interestingly, the well-renowned Japanese woodblock prints known as ukiyo-e have their basis in Buddhist beliefs in impermanence. Literally ‘pictures of the floating world’, they depict the transitory sphere of the licensed pleasure quarters and theatres of Edo. The word ukiyo was originally a Buddhist term to expresses the impermanence of human life. The Tohoku Earthquake and Tsunami

Of all the natural disasters that Japan has experienced, the earthquake and tsunami that hit the north-east of Japan on 3rd March 2011 were by far the deadliest and most destructive.

The largest earthquake in Japan’s history led not only to a tsunami with waves measuring as high as 38 metres but also to a nuclear meltdown at Fukushima Daiichi Nuclear Power Plant. An estimated 20,000 people were killed or announced missing. Almost 500,000 were forced to evacuate their homes. The direct economic loss was estimated at $360 billion.

A trip to Kesennuma

While I wasn’t in Japan at the time of the disaster, my Master’s dissertation research on tourism and disaster recovery took me to Kesennuma some years later. This was one of the cities worst affected by the tsunami that devastated the Sanriku coastline. This stretch of coastline has experienced countless earthquakes and tsunamis; from the first recorded in 869, to the deadly tsunami in 1960 caused by an earthquake as far away as Chile. As I quickly found out during my conversations with the residents, if anyone can attest to the impermanence and constant change of natural cycles, it’s the people of Kesennuma.

What struck me first about these conversations was that there was undoubtedly an incredible sense of sadness and loss associated with the disaster. However, there was also an acceptance of the power of the ocean, which can be both harmful and beneficial to coastal communities like Kesennuma.

As a local fisherman told me, ‘It’s true that the ocean is dangerous, but it is also in equal parts fun and gives us so much; it provides us with a way of life’. None of these elements was separate from another, and all were in a constant state of impermanence.

What struck me more was that the people of Kesennuma not only recovered but built their community back better than before.

They focused on how they could use tourism to benefit the entire community, rather than the usual main players. Tourist associations partnered with NGOs. Organisations were formed to rekindle the relationship people had with the ocean, helping them to see it is a necessary and beneficial partner, rather than something to be feared or conquered. Pretty much everyone I spoke to talked about the positive things that had come out of the disaster, rather than the pain and suffering it had caused.

So, what allowed the people of Kesennuma to bounce back so resiliently from such a devastating disaster?

I think a large part of it has to do with their acceptance and belief in the impermanence of their situation. By accepting that the earthquake and tsunami had occurred, that there was nothing they could do about it, and that good days would come again, they focussed their efforts on things that they could affect.

An example of this was a local sake brewer who found that two of the tanks containing sake in mid-fermentation had survived the disaster. With the help of those around him, he got the brewery functioning the very next day after the tsunami. Within ten days the finished product was ready.

As he told me, “For us to make that [sake] was a symbol of the town’s revitalisation, or rebirth, to help having the strength to keep pushing forward.” By embracing the transience of nature and of life, instead of becoming swamped by a fatalistic attitude, the people of Kesennuma became empowered in their situation. 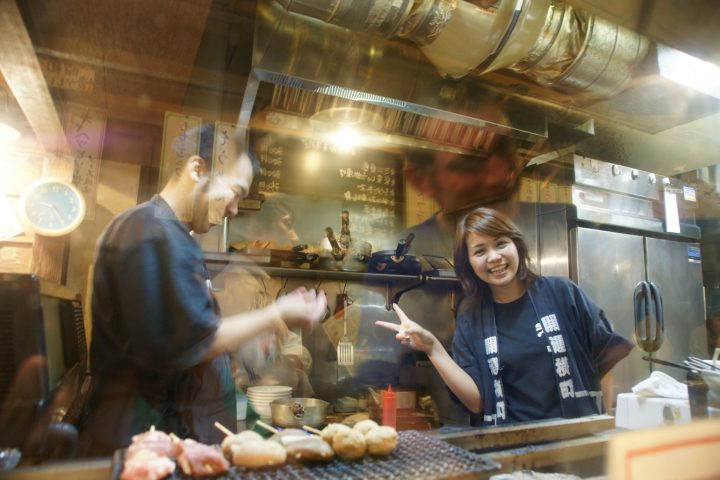 So, what relevance does this all have to us, as we try to navigate through lockdowns and cautious re-openings and a new normal that feels anything but normal?

Well, as the Reverend Ashikawa, a female priest at a Buddhist temple in Wakayama prefecture recently told an inquiring professor, “the virus will necessarily disappear. All things are in a state of continual change… I’m thinking about what to do once it’s gone”.

The acceptance of impermanence is to appreciate life in the here and now and to focus on what we can do to affect things around us. When we acknowledge that all moments – be they difficult, challenging, uplifting or uninspiringly plain– are transient, we can appreciate them all the more. This is because they are already leaving us, or we are already leaving them.

We can also focus on what we can do in the here and now to affect the things that we can actually have an effect on –like checking up on our loved ones, using our time to improve our skills, or just giving ourselves a moment to relax.

We will get through this. And we’ll be here in Japan waiting for you when we do.