Skip to content
Thank you for signing up!
Subscribe to our Newsletter
HOME » Blog » More than hot water: The onsen story

When you conjure up an image of Japan, it is hard not to think of the icons (cherry blossom, neon lights, Geisha, Sumo, Mt. Fuji etc) and the ‘oh-so-different’ culture found all over. Located along the ‘Ring of Fire’ and with 10% of the world’s active volcano, Japan is blessed with geothermal-activity. As a result, and perhaps one of the biggest but lesser-known aspects of Japanese culture is the ‘onsen’ or ‘hot spring’ and the bathing culture that accompanies it. Although naked communal bathing is not everyone’s cup of tea, the onsen is one of the most authentic ways to experience the country’s culture. 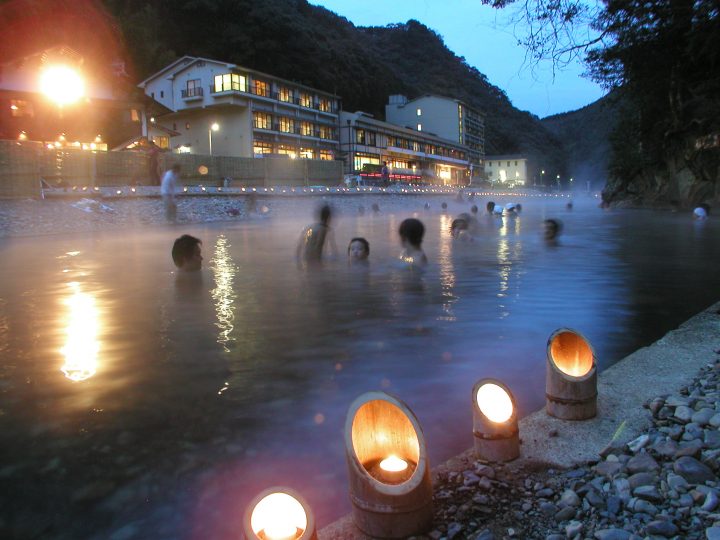 Much more than a dip in a bath, the ‘onsen’ culture stretches way back. One of Japan’s oldest books, the Nihon Shoki written in 720, documents onsen including Arima, Shirahama and Dogo Onsen. There is evidence that the latter may have been used over 3,000 years ago and has been declared the oldest in Japan. Today, onsen can be found all over the country and are as popular as ever as locals visit to wind down and relax solo, with colleagues, family and friends in ‘Hadaka no tsukiai’ or naked companionship and soak up the mineral-rich steamy waters.

The onsen process begins when rain, snow, and other forms of water seep into the ground, and that water is pooled once it hits the hard rock, forming aquifers. Normally this water is collected as “mineral water,” however when it is in the vicinity of magma, these waters are heated, creating pressure that pushes the waters back to the surface of the Earth’s crust. Then you have a hot spring. 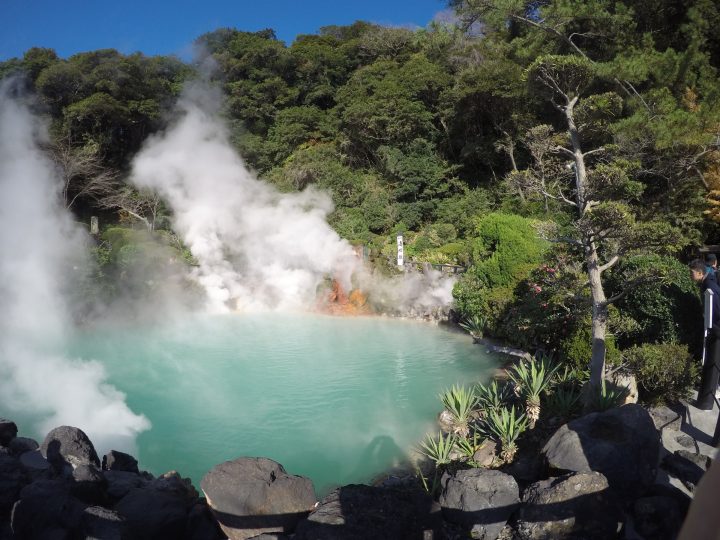 However, not any old warm body of water passes the test of being “bath certified” and there are laws stating what an ‘onsen’ actually is. In order to be deemed an onsen, waters must be over 25°C and contain any of 19 minerals commonly found in Japanese waters. Minerals such as sulphur, iron, calcium, and magnesium are just some of the examples of what can be found in hot springs, and dependent on this mineral makeup the health benefits and even colour of the hot springs can be worlds different. Springs can be clear or cloudy, bubbly or still, red, green, brown, and even black, each with its own unique purported health benefits.

The local religion of Japan, Shintoism, is a polytheistic religion that emphasizes and even deifies the many wonders of nature. Even now, before entering a Shinto shrine, it is customary to purify your hands and mouth with holy waters, so water has always been viewed as being a divine substance. Then when Buddhism was brought into Japan in the 6th century, temples taught that bathing was a way to ward off disease and bring in good fortune, with many temples offering bathing areas for the common man. Heating bathwater of your own was no easy feat before the days of our modern conveniences, so hot spring waters that came directly from the land, ready to use were considered nothing short of a miracle by the people of early Japan. On top of the convenience, people found that bathing in these springs could relieve muscle aches, cure skin ailments, be a quick cure for fatigue, or even just help keep your blood flowing and body warm in the cold winter months. 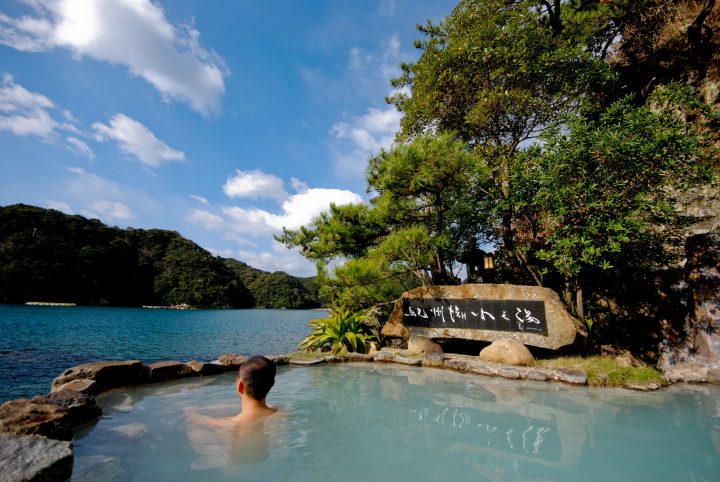 As onsen gained popularity, towns and villages were developed around areas with the presence of hot springs, becoming the perfect resting spot for travelling samurai and locals alike. The 20th century began to see a change in onsen culture as previously, the mixed-sex ‘konyoku’ onsen was commonplace across the country. As Westerners began to arrive into the country, they perceived mixed-baths as crude and the Meji-government began segregating the public baths.

The introduction of train travel also meant that onsen were more accessible and the once luxurious pastime became much more widely available. Hot Spring resorts took advantage of this booming popularity, adding things like traditional Japanese interior, kaiseki banquet meals and local souvenir shops, creating their own onsen culture that takes you back to a simpler time.

Now Japan boasts more than 3000 hot spring resorts with more than 20,000 onsens. These resorts very often feature both indoor and outdoor bathing areas, with outdoor areas facing the rolling mountains and forests, taking in the many sights and sounds that makeup Japan’s natural landscape. Even if there is no gorgeous landscape to be seen, there will undoubtedly be a beautifully manicured garden to match the regional scenery that mother nature has to offer. Although less of a holy experience nowadays, the traditional reverence for the wonders of nature remains as a huge selling point for the attraction of onsen.

With such a diverse profile of onsen to choose from, no matter what sort of scenery or medicinal concoction you are vying for, it is sure to be found somewhere in the archipelago. Although the lush mountain greenery is a much more common landscape for hot spring resorts, there are also beachside onsen and onsen that bubble up into rivers providing different ambience every time. “Lamp No Yado,” located in Ishikawa prefecture, is just one example of a seafront resort that challenges the idea of traditional scenery. Bathers are nestled in a cave, colourfully illuminated by traditional style lanterns, while facing the crashing waves of the Sea of Japan.

If your focus is instead on experiencing the mineral diversity of onsen, you can take a dip in one of Japan’s naturally carbonated hot springs, such as Oita Prefecture’s “Nagayu.” Nagayu’s waters have a high concentration of sodium and magnesium, but its claim to fame is the high concentration of carbonic acid that makes the water fizzy. These bubbly hot springs are thought to dilate capillaries, lowering your blood pressure, and have an added benefit of clarifying skin. The bubbles dissolve oil and old skin cells, to give your skin a radiant glow.

No matter what your reason for visiting Japan may be, there is no better way to feel the luxury that has been gifted to us by the land itself than taking a purifying dip in one of the many relaxing and healing onsen Japan has to offer.

If you would like the complete history and science behind the onsen, then you might like to take a look at the recent Beppu tourism video. Beppu is a city on the southern island of Kyushu which has an abundance of geothermal activity and as a result an abundance of onsen. As such Beppu has produced a tourism video of epic proportions giving a great overview of Beppu, its onsens and how they were created – Around 2.5 million years of history in 7 minutes. Take a look.