Skip to content
Thank you for signing up!
Subscribe to our Newsletter
HOME » Blog » What does the ancient concept of ‘kizuna’ look like in modern Japan?

The Japanese concept of kizuna roughly translates to ‘the bond that connects us’, referring to a deep, innate empathy we all share. The concept is ancient, while it’s widespread use is relatively new. In Japan in 2020, what exactly does kizuna look like?

To understand the present, look to the past…

The word itself (絆) has been around since at least the year 938CE, when it first appeared in the Wamyō Ruijushō, an early Japanese dictionary. Originally it simply meant physical bonds, or fetters (the suffix –zuna comes from 綱, tsuna, which means rope). At this stage it had negative connotations: to be shackled.

It wasn’t until the twelfth century that the word was used to refer positively to bonds between humans in the epic novel Heike Honogatari (The Tale of the Heike), which is often compared to Homer’s Iliad in terms of cultural impact. Kizuna is used in the text as a metaphor for the loving relationship between parents and their children.

After this, the use of kizuna in reference to human relationships grew broader, to the point where it reached its modern meaning: mutual support and trust between people, irrespective of background. This use was epitomised in 2011, when kizuna was named ‘kanji of the year’ following the 2011 earthquake and Fukushima disaster. Then-president Naoto Kan made a speech to the nation at the time, evoking the ancient concept and praising both Japan and the international community for their response to the crisis.

So: what does kizuna look like in modern Japan?

Much of Japan’s culture revolves around a need to be polite, to share, and to get along. In a landscape where 80% of the land is mountainous, people had to figure out early on how to share the 20% that was liveable. In a working culture where people often stay with one company for their whole lives, it’s crucial you empathise with your colleagues. In an education system where almost every evening of the week is occupied with bukatsu – after school team activities – children learn how to cooperate and work together. Kizuna is a little used phrase in daily vernacular, but its effects are everywhere you look. Building relationships in Japan revolves around agreement, and careful, considered conversation; even if somebody disagrees with a statement, they’ll nod along politely.  Drinking and bonding after work with colleagues is very common, yet whether in the office or the izakaya (a cosy Japanese bar), certain topics are avoided: politics, sex, religion – anything that might cause disagreement.

A blurred line: service or relationship?

This can be confusing for foreigners. New acquaintances will often be extremely forthcoming with praise, and will go well out of their way to make you comfortable and happy. Many Japanese people in business put a lot of thought into meeting new clients, to the point of researching their likes and dislikes, favourite places to eat, and certain topics to avoid. For many westerners – coming from countries where nothing is free – there comes a point when we can’t help but ask ourselves: is this a budding relationship, or part of the service?

The answer: why not both?

Relationships and business work differently in Japan, and empathetic actions within the workplace toe the line between true kizuna and professionalism. For example, employees returning from a holiday will bring omiyage, a gift, for the office (usually food). This gift could either be interpreted as a thoughtful gesture, or as a micro-apology to allay the guilt of swanning off on your jollies and leaving your colleagues behind. Similarly, on Valentine’s Day, people will often send treats to the whole office as well as their crush, so as not to leave anybody out.

At the same time, companies such as Toyota will remain loyal to their supplies for years, even if cheaper alternatives emerge. And, after the 2011 earthquake, rival companies aided one another in rebuilding and repairing. The line between good service and friendships is often blurred – and ultimately, if the outcome is a positive atmosphere and bountiful relationships, does it even matter? 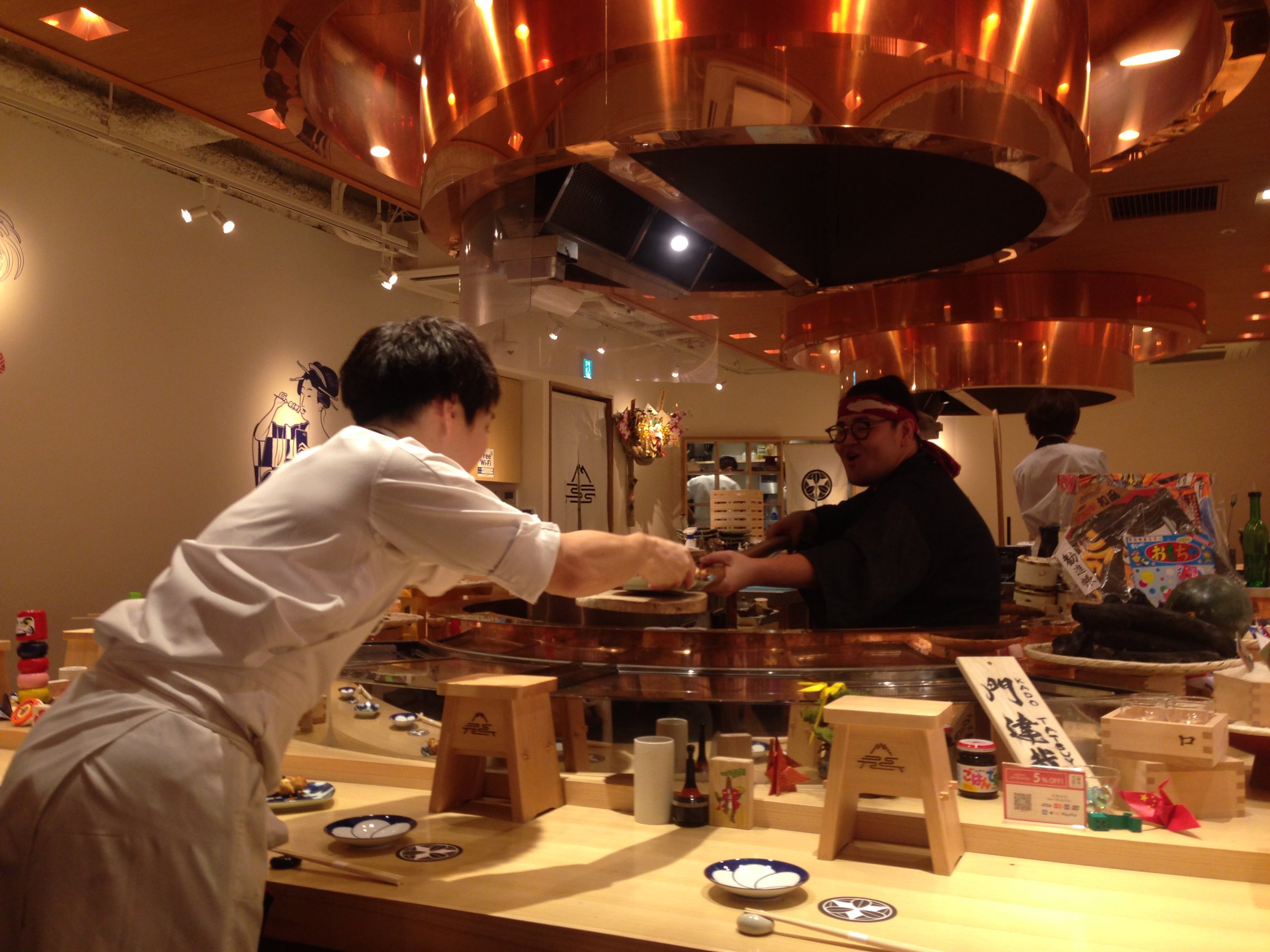 Kindness in the street

Step outside of the office, and you’ll find the same thing: people are prepared to go miles out of their way to help one another – often quite literally. Many InsideJapan clients have told us tales of how they’ve been disorientated in a busy train station, only to have a local person amble over, take them under their wing and guide them happily to the correct platform. Nothing is ever expected in return, which can feel jarring at first (and makes you feel a little bit guilty for feeling suspicious initially!)

I myself experienced this in Japan while attempting to hitchhike from Kobe to Hiroshima in 2018. Standing outside a motorway service station with a cardboard sign scrawled with Google-translated kanji (which I hoped desperately did indeed say ‘Hiroshima’), I was picked up by an old man. He drove me fifty miles, bought me lunch, and paid for our tickets to explore Himeji Castle. After, he took me to a train station and bought me a ticket for the bullet train the rest of the way to my destination. I’ve never known generosity like it. Where else but Japan?

Is technology changing kizuna in Japan?

A quick Google image search of the word ‘kizuna’ will gift you with this pointy chinned young lady: 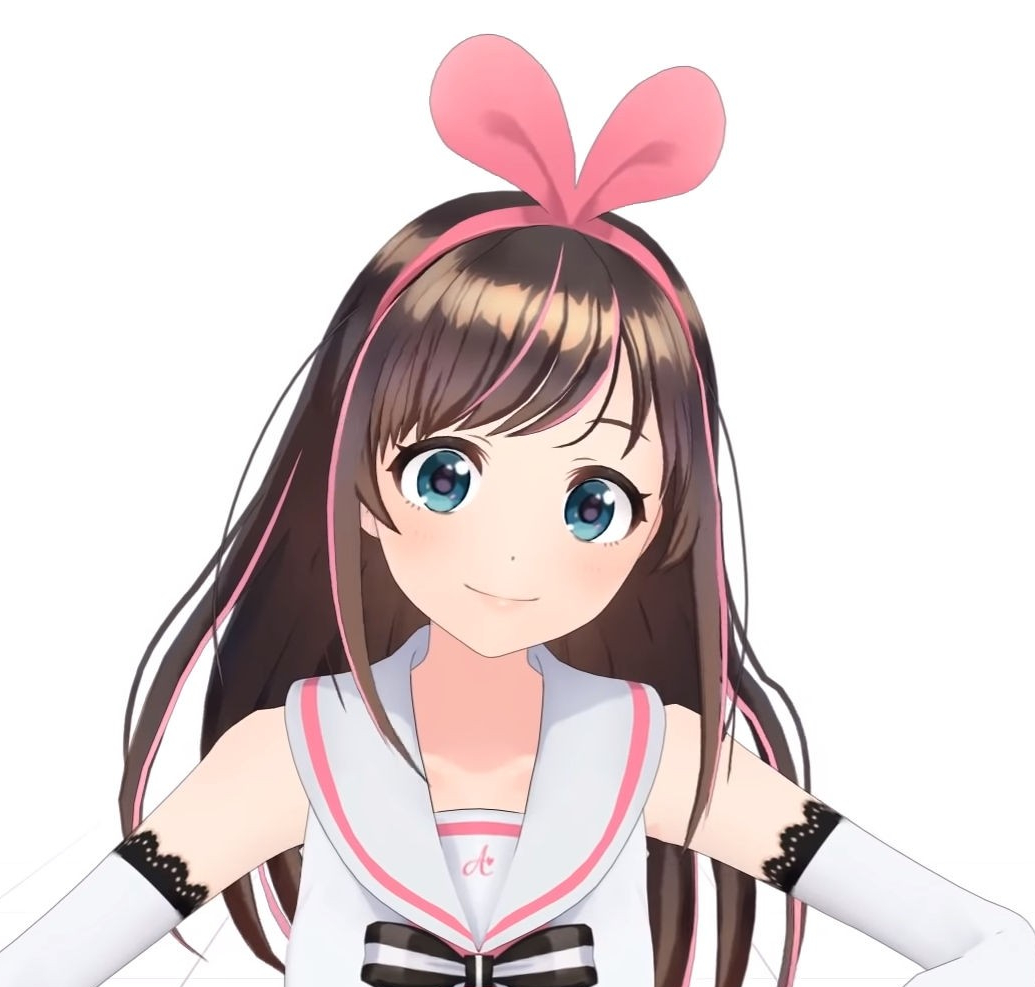 This is Kizuna AI; a Youtube star who has amassed a following of 2.7 million followers. As you will have (hopefully) surmised by now, she’s not real. Kizuna AI is a CGI character, scripted, voiced and animated by a team of unknown people. Every hour of every day, people watch her videos – they watch her sing and dance, play games, and as far as I can tell, vaguely potter around looking quirky. People sitting at laptops watching a CGI character play video games: isn’t that the polar opposite of kizuna? Not necessarily. Fans of the animated starlet bond over their shared enjoyment, and work together to translate the originally Japanese videos into other languages. It’s creating connections alright – just not ones we’re used to.

Bullet trains, datings apps, the booming arcades of Akihabara: it can be easy to write off such technological advances as ‘losing something’. However, arcades are a fun place for friends to blow off steam; dating apps streamline what can be a difficult search for romance; bullet trains whisk friends and relatives across the country to be united with loves ones. What feels fairer is to simply call it ‘change’.

Of course, change is always subjective. In order to properly gauge what kizuna means today, we decided to leave the final word with some of our travel partners in Japan.

“In our rural community, throughout the year there are community activities – weeding and cleaning duty, parties and get-togethers – and we are proactive at participating in these. We also do lots of exchanges of goods, receiving fresh fish and veggies from our neighbours and offering them something in return. We love how we can make exchanges with our neighbours without cash.”

“Some say that there was no word for ‘love’ in Japan before they modernized the country and imported the word. Before then, they simply used kizuna. In my view, it works as a kind of long-term asset, nurtured from peoples’ relationships since before we were born. It’s been there as a social asset through generations, making the present community safe and peaceful.”

“Kizuna in Japan makes a very strong team, both for collaboration and to face challenges. In Japan there have been many natural disasters that break our cities and our hearts, and every time there is a need to rebuild together. For this reason, for us Japanese, kizuna is a very important thing.”

“Kizuna is a core of Japanese culture based on harmony and we treasure it, not only with our guests but with every ingredient of our cooking. We live in a farmhouse in a small village and many mornings, our neighbours leave fresh veggies for us quietly outside. When we have much snow, we clear the pathways on behalf of the elderly. The elders teach traditional music and dance to village children, and we celebrate the harvest festival together.”

Special thanks to our travel consultant Babur Moghul for his fantastic insight for this article!