Skip to content
Thank you for signing up!
Subscribe to our Newsletter
HOME » Blog » Humour in Japan: Embracing the silly, the smart, and the surreal…

If travel teaches you anything, it’s that laughter is universal.

One of the best things about wandering the world is finding yourself in situations where laughter transcends language. For example: two years ago, while in Japan, I observed a solemn religious ceremony take place. A monk was chanting monotonously before an altar, pouring what was presumably holy water from a bottle – or at least, trying to. He couldn’t get the cap off. The more he twisted and heaved at it, the more it stuck. He passed it around the other monks – still chanting – but nobody could budge it. It wasn’t long before they were stifling their laughter. Watching the holy man giggling to himself while trying to retain composure was one of the purest, warmest things I’ve witnessed while travelling – nothing builds empathy like a shared laugh. 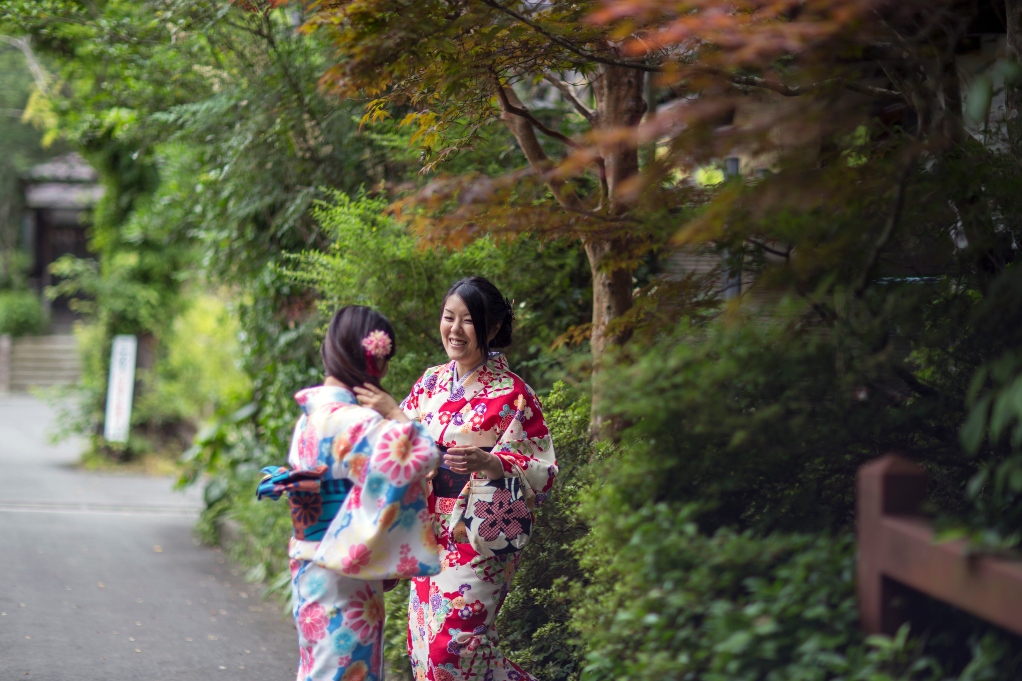 But what of the Japanese sense of humour? While many other parts of the culture are increasingly familiar – technology, fashion, food and literature – little of their humour has made it to our shores. Do we share the same tastes? Would a westerner understand Japanese comedy? And, crucially, would a Japanese person laugh at Del Boy falling through the bar?

Fortunately, at our offices we’re lucky to have many employees in Japanese/Western relationships – the perfect people to shed some light on whether humour translates!

“Japanese humour is often a bit dry, very obvious and slapstick, especially on TV or in films. People tend to take everything quite literally, which is why British humour can be difficult to grasp. Sensitive issues are a no-go – nothing on race or sex, or any kind of dark comedy. There are lots of words that sound very similar in Japanese or have different meanings which could be made into a joke but when I mention these to my wife, she just says – they’re different words, why would that be funny?

“If I try to make a funny comment in Japanese during conversation (the same way I would interject in English) I often get “oyajigagu” as a response (it means dad/old man joke).”

“One observation from my own partner is the joy and laughter that Japanese people find in the physical pain of others (in game shows, not real life). I’m always amazed to see my otherwise loving wife bent over in side-splitting laughter at the sight of a J-celebrity testing their pain threshold on national TV. I love that Japanese people can appreciate good slapstick humour. I never saw much of this in the States growing up, so it’s always refreshing and interesting for me, if not hilarious.

“The Japanese language has so many similar sounding words, which makes it rife with possibilities for misunderstanding. I love when comedians take advantage of this, but it is very hard to translate. Perhaps that’s another reason I enjoy it so much.

“Japanese stand-up is so incredibly different to American stand-up. There are no Jerry Seinfields or Eddie Murphys here, but rather groups or duos of comedians whose comedy is often skit-based. I don’t know if you can find much in the way of subtitled ‘owarai’ (Japanese comedy) on YouTube, but if you can, please watch. It’s brilliant!”

“One of the most famous forms of comedy in Japan is Manzai, a duel stand-up routine. This is where most Japanese comedians cut their teeth before becoming TV personalities (I’ve always found it dreadful but it’s very popular!). Here is a clip of Jinnai Tomonori; he has a unique style where he uses a video as the other part of his act.

“One interesting show is Gaki no Tsukai Batsu, a game played by Japanese comedians. They’re put in bizarre situations, and if they laugh, they face a punishment (they’re usually smacked with a paddle). There’s a special episode every New Year’s Eve, which Japanese families will sit together and watch.

“The Japanese are big fans of slapstick comedy, so some of our more classic series go down really well. My wife really likes Fawlty Towers, Blackadder and The IT Crowd, but can’t get on board with shows like The Office or Curb Your Enthusiasm.”

“Frankie Boyle would find it difficult to get along with people in Japan. I’m just saying…”

“Japanese comedy, by and large, is harmless. Quaint, even. Reliant on physical comedy, puns, and exaggerated movements and facial expressions. The Japanese public eats up ‘gags’. A comedy duo will be super popular for a year, then run their gag into the ground. Then the duo either adapts, comes up with another gag, or disappears forever. It’s a very common occurrence!

“Of course, there are comedians here that are insanely funny and talented, and don’t rely on a single ippatsu (gag). They’re rare, but they exist. For example, Atsushi Tamura, Teruyoshi Uchimura, and Downtown. They’re a cut above the rest.

“Japan is also unique in that it subtitles its own shows in Japanese. This allows the audience sitting at home to read along and know when to laugh, as the font on screen gets bigger and more colorful during punchlines. Imagine doing that in the States!

“My favorite show right now is called Zenryoku! Datsuryoku Times. It hilariously skewers all the tropes in Japanese comedy and television, and makes fun of itself.  Is Japanese comedy funny? I’ll admit, some of the funniest things I’ve seen on television in my life have been here (though, like most TV, the majority is crap)!”

Types of comedy in Japan

Manzai is the most popular comedy style in Japan by a mile. It’s a love-hate thing for many, as performances always follow the same pattern and contain similar jokes. There’s always a stupid person (the boke) and the straight-man (tsukkomi). The boke will make a long, rambling speech, while the tsukkomi makes dry comments on how stupid they are… and occasionally slaps them in the head. It’s basic, but many Japanese comedians begin here then branch out into other styles.

Manzai is safe comedy, and easily digestible. In the West, stand-up comedy makes fun of everything – the government, cultural trends, celebrities, etc. However, if a comedian in Japan made a joke about the prime minister, or how terrible Japanese beer is, they’d be banned from TV and radio. This is largely because the vast majority of entertainers in Japan are represented by the same agency (Yoshimoto). Plus, there are only a few channels that do comedy shows. This means if someone burns a bridge, they’re done. It makes sense for Japanese comedians to play it safe.

The other main comedy style you’ll find in Japan is rakugo. Rakugo is a very old, traditional style of comedy, in which a lone storyteller kneels on a small stage before a live audience and tells a comedic tale. They do this using only two props: a fan and small cloth. If manzai reflects Japan’s present, rakugo reflect the nation’s rich heritage. This form of entertainment appeals mostly to the elderly (you’ll still find theatres with long queues of old people who want to see rakugo). It may not be as popular as it once was, but because of its long history in Japan, it’s not going anywhere soon.

The wacky, the weird, and the wonderful

Thus concludes our overview of comedy in Japan – well, almost. Because no article on the subject would be complete without the inclusion of the most bonkers, genius game show I’ve ever heard of. The premise? Contestants have to bite into various pieces of furniture around a seemingly ordinary room, in a bid to discover which are made of chocolate.