Skip to content
Thank you for signing up!
Subscribe to our Newsletter
HOME » Blog » Dolls, emperors and snacks: Exploring the Japanese festival of Hinamatsuri

Hinamatsuri is a beautiful Japanese tradition, steeped in history

Japan is famous for its stunning ceremonies, beliefs and traditions. To give you an insight into the beauty, subtlety and complexity of Japanese culture, we’ve delved deep into the lore behind one of the country’s most fascinating festivals: Hinamatsuri, on the 3rd of March.

Hinamatsuri means ‘girl’s day’. Taking place on the 3rd of March each year (with preparations made over the preceding month), the holiday celebrates the health and happiness of young girls. Participants express their good wishes through the consumption of certain foods and the intricate arrangement of dolls of the Emperor and Empress on a big red blanket. 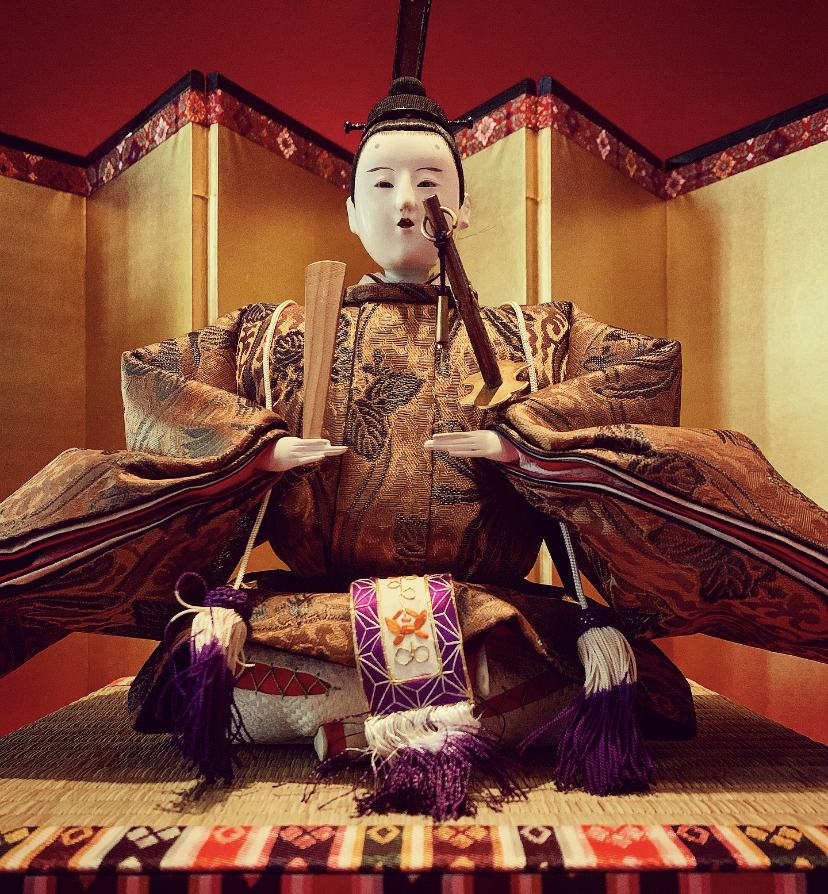 Wait… back up. Dolls? Blankets? What?!

Hmm. Without context it does seem a little random. Alright: time for a quick history lesson!

It all began with China, a very long time ago. A common practice for people seeking to absolve themselves of past wickedness was to offload all their sin and misfortune into small paper or straw dolls by rubbing them over their bodies. These dolls were then placed in a river and left to float away into oceanic obscurity (or, quite possibly, the neighbouring village). Poof – sin be gone. Sometime later, Japanese aristocrats – presumably quite enamoured with this handy get-out-of-jail-free card – began to emulate the practice. In Tottori Prefecture, this tradition actually continues in the same manner today.

Now, during the Heian period (794-1181), it became fashionable for the young daughters of wealthy Japanese families to play with dolls, called hina-ningyō. Over the following centuries, the belief that sin could be taken away by paper dolls expanded to include hina-ningyō, and the girl’s dolls became valued as vessels to imbue with hopes and prayers for prosperity.

So when did the tradition change from river-floating to ornate displays?

Over the course of five hundred years or so, dollmakers had got pretty handy at crafting hina-ningyō. The dolls’ increasing value and quality meant families were no longer so keen on filling them up with sin and punting them into the nearest stream. Instead they tended to hang onto them, putting the dolls on show. This practice became the norm, and following the trend set by the aristocracy, many ordinary Japanese families began creating increasingly intricate displays.

By the Edo period (1603-1868), during the third day of the third month – known as the Peach Blossom Festival, as this was generally the period when peach blossom trees came in bloom – the usage of hina-ningyō dolls became an important part of the day’s celebrations. 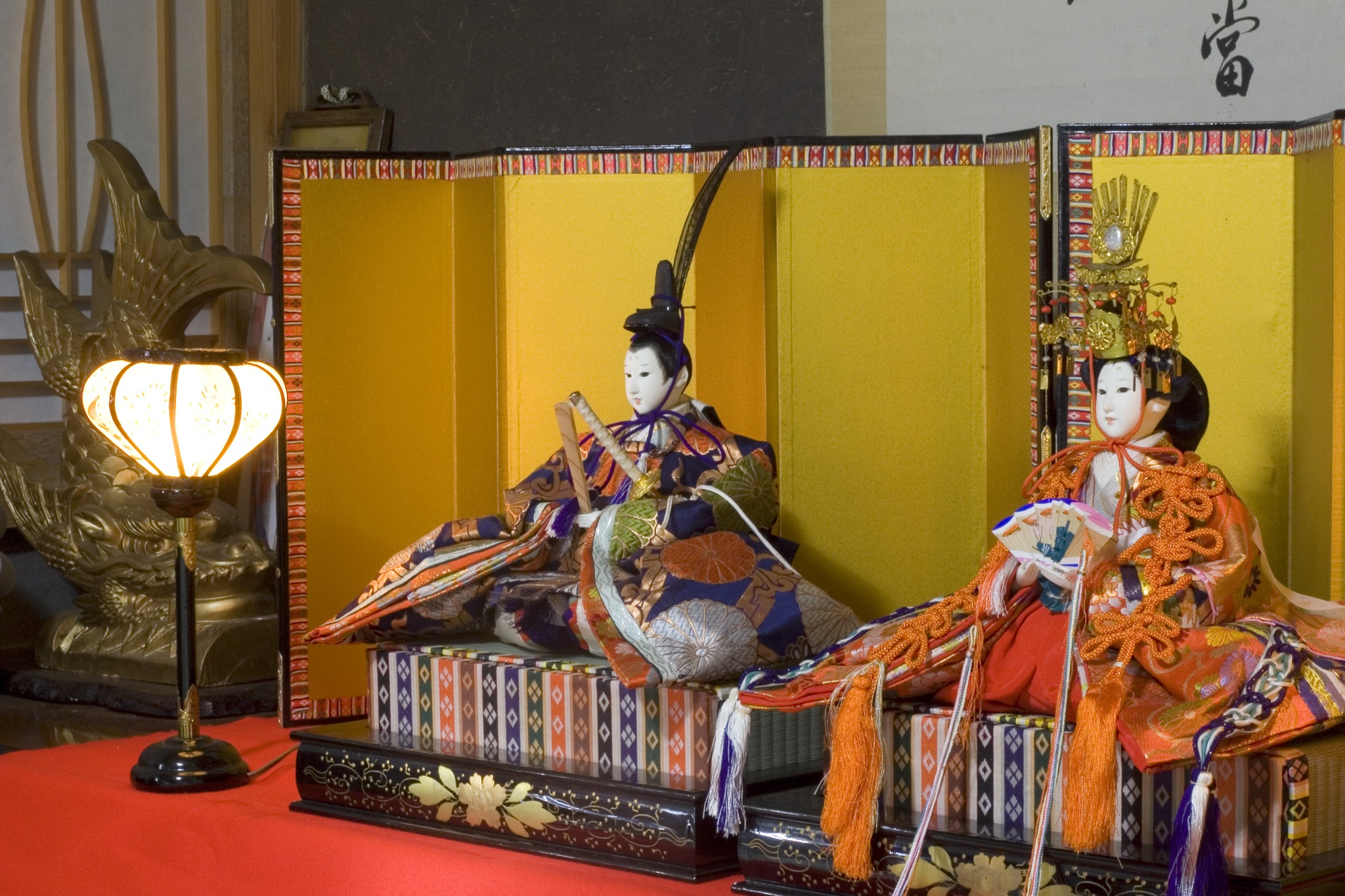 How are the dolls displayed?

It depends on how many you have! Beyond the Empress and Emperor, it’s also possible to have court ladies, musicians, ministers, messengers and servants, as well as an array of furniture, food and sake. The extent of a family’s collection would typically have depended on their wealth; the Emperor and Empress are the minimum requirements.

The dolls are laid out over multiple tiers; typically the monarchs would go at the top, with the next tier down housing the court ladies, the third tier the musicians and so on, up to a maximum of seven levels. This partially came about because the very best dolls were pricey, and positioning them higher up kept them safely away from the curious fingers of clumsy kids. Smart.

All this trivia is making me hungry. Is there food involved?

You bet. Many modern Japanese families with daughters will hold Hinamatsuri parties, where guests will eat a wide range of snacks, typically laid out in the same room as the dolls. Guests will chow down on such treats as:

Ushiojiru – clam soup (the two sides of a clam fit together perfectly, and represent a strong marriage)

Amazake – a sweet sake (non-alcoholic – this is a kids’ party, after all) 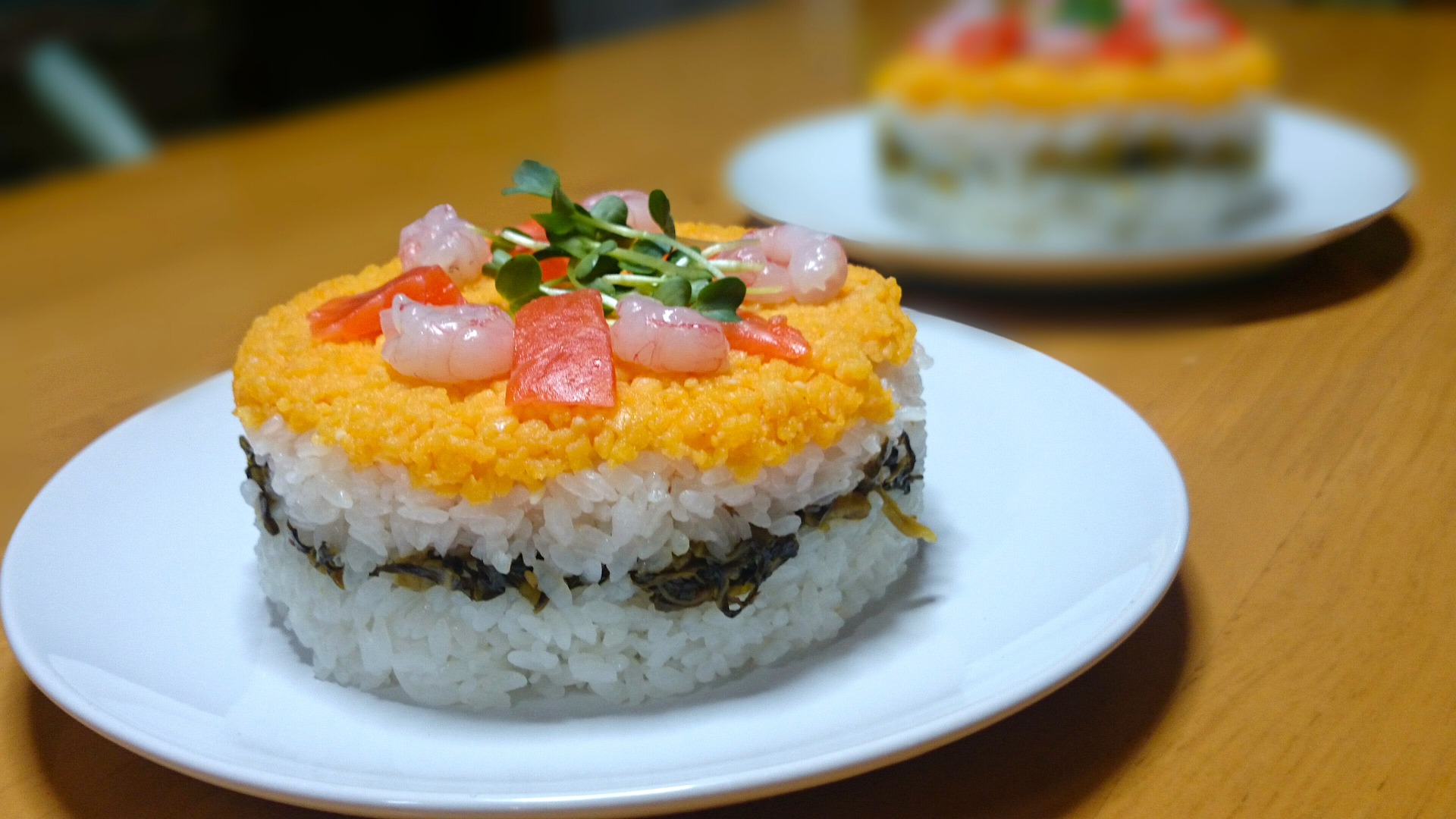 Great! Is there anything else I need to know?

You’re almost a bona fide Hinamatsuri expert. There’s just one last important detail: don’t leave the dolls out after the 3rd of March! Superstition abounds that leaving them on display once the festival has finished will lead to any young girls in the family being unlucky in love. Japanese parents are quick to take their meticulously-positioned decorations down at the end of the day – nobody wants to take their chances!