Skip to content
Thank you for signing up!
Subscribe to our Newsletter
HOME » Blog » Skiing in Japan: Our guide to the best resorts

You’ve not skied until you’ve been skiing in Japan.

Japan is transformed in the winter. To the north, where winter hits hardest, the Tohoku landscape gleams under metres of soft snow, and steam rises from outdoor onsen. A run of increasingly eccentric, jubilant festivals take off: the Sapporo Snow Festival in January, then the Naked Man Festival and Setsubun in February. Ice breaker ships crunch their way through the frozen seas around Hokkaido to sight rare eagles.

All of this, and we’ve not even mentioned the skiing.

Regardless of which English-speaking country you’re from, Japan is quite a long way to travel. Why make the effort?

Blown over from Siberia, the snow that coats Japan’s mountaintops is the stuff of legend. As deep and soft as a cloud, and as reliable as it is bountiful. The special formula of strong winds from Russia and China, moisture gathered over the Sea of Japan, then the chill of Japan’s mountains results in snowfall almost daily, and some of the thickest, softest snow… well, anywhere. Throw Japanese hospitality, natural hot springs, and lightning-fast modes of transport into the mix, and you’ve got yourself a world-class ski culture.

The only question is: how do you incorporate skiing into your Japan holiday?

The best places to ski in Japan

Luckily, we’ve visited a good deal of these resorts ourselves, and after countless hours of exhaustive research (read: careening down mountainsides and relaxing in onsen) we’ve narrowed it down to our three favourites. Whether you’re a slope-strafing powder hound or just learning the ropes, we’ve got something you’ll love.

Where Hakuba beats bigger resorts is in the fact that it’s incredibly easy to get to. It’s perfectly possible to eat your breakfast in a Tokyo hotel and be zipping down a black run just four hours later, to the eternal merit of Japan’s bullet train. It’s central(ish) location in Japan means than Hakuba can be easily added to a wider itinerary ,too.

Although just pipped to the title of ‘best and biggest’ by the famed Niseko resort, the Hakuba valley nevertheless has blissful skiing, with over 150 runs across 10 resorts. There’s also a lively restaurant and bar scene for those who like a drink or three in the evening (most other Japanese ski resorts are pretty quiet compared to their European counterparts). From the top of the slopes there’s a clear view of the entire valley below, with surrounding mountains spearing into the clouds with peaks as high as 3000m. There are slopes suited to absolute beginners and seasoned skiers, and if you’re prepared to take a few short bus rides you can sample multiple resorts over the course of your stay. 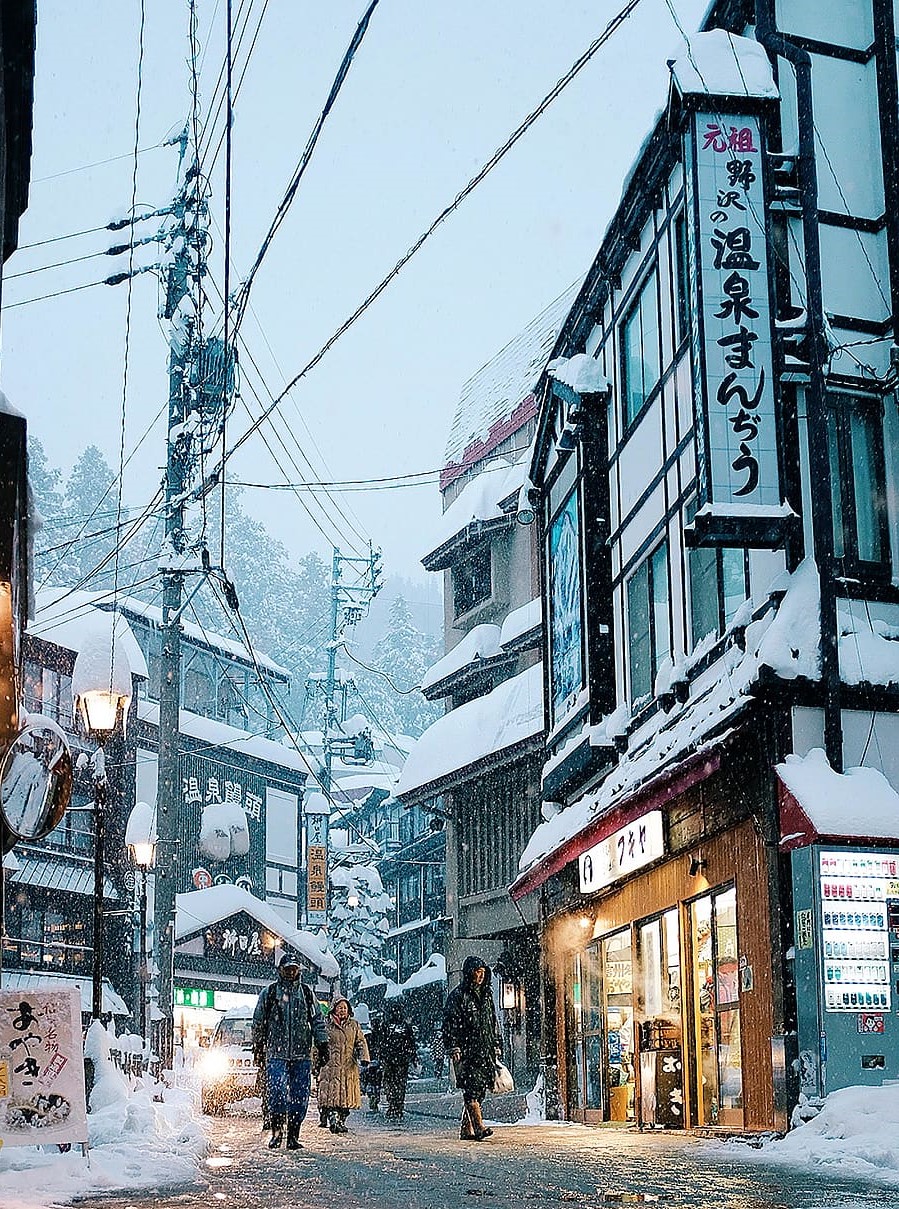 If post-ski partying is your thing, you might find this one a little too quiet.

For those who are want the more traditional skiing in Japan experience, you’re in for a treat. Around 100km northeast of Habuka, this quaint little spot is both a ski resort and a hot spring town. While the other two resorts on this list are fairly international in flavour, you’ll find Nozawa Onsen refreshingly free from the impact of tourism. Everything here is distinctly Japanese, and from the recent banning of chain shops, you can tell they’re striving to keep it that way.

Much smaller than Hakuba and Niseko, Nozawa Onsen has some great skiing and heavy snowfall, while remaining free from crowds. What’s so special about this place, however, is the traditional architecture and the strong Japanese atmosphere. You may well have skied before, but have you ever finished up a long day on the slopes by taking a dip in an ornate, snow-capped onsen before dining in a cosy ryokan? This, friends, is a ski-town straight out of a fairy-tale. 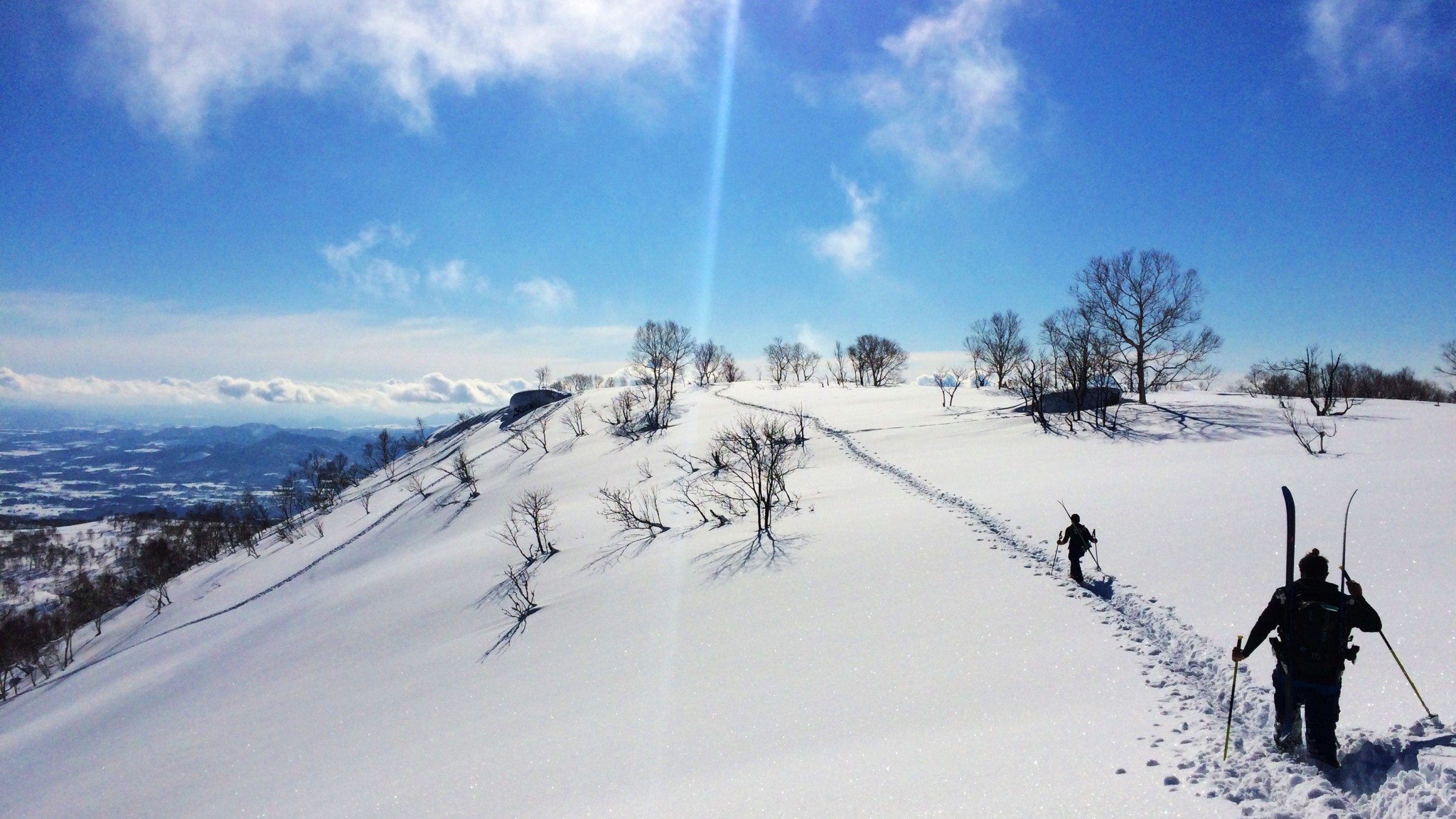 Best for: Passionate skiers and après-lovers

No article would be complete without Niseko. Located on Hokkaido, the large northern island above the Japanese mainland, this is the biggest and best ski resort in Japan, hands down. The conditions are almost always ideal, the après scene is bouncing, and it’s the only spot on our list that off-piste skiing is considered safe. The views are astonishing too: Mount Yotei, an enormous active volcano, looms in the distance. Where else in the world can you ski with a view like that?

Niseko does get pretty busy with tourists, and a strong international feel means there’s not a lot of Japanese culture to be found. Of course, if you’ve come primarily for the slopes, this won’t be an issue – the excellent quality skiing and the fun atmosphere is more than enough to compensate. Out of the three resorts listed on this page, Niseko is the furthest from the usual Japanese sights – Tokyo and Kyoto – and requires a domestic flight, which can get pricey if you’re tacking it onto a mainland tour.

That said, Niseko is inarguably the finest ski town in Japan – so for dedicated skiers who are venturing over to the country purely to test out the slopes – this is your best choice!