Skip to content
Thank you for signing up!
Subscribe to our Newsletter
HOME » Home » Forest Bathing: ‘Shinrin-Yoku’ is spiritualism and science combined

Close your eyes*. Picture the scene: you are in a forest. It is very still, and very quiet. It’s late-afternoon, and brilliant shafts of sunlight stream from the canopy above, illuminating crunchy leaves lying thick on the ground. An owl swoops down and settles on a branch, ruffling its feathers contentedly. Higher in the same tree, a grey squirrel is napping, cuddled up with a chipmunk, while nearby, two baby birds in a nest squabble over the last berry. A field mouse sits atop a flower and washes its fur. A rabbit emerges from its warren, ready for dinner. Then the happy critters scurry down to the forest floor together as, lo: a majestic deer approaches.

Open your eyes, and breathe deeply. Quite nice, right?

The opening scene of Bambi bears a simple truth: spending time among trees, birds and toadstools is good for the soul. And that is the basis of shinrin-yoku.

*Metaphorically close your eyes, otherwise following the subsequent instructions will be a nightmare. 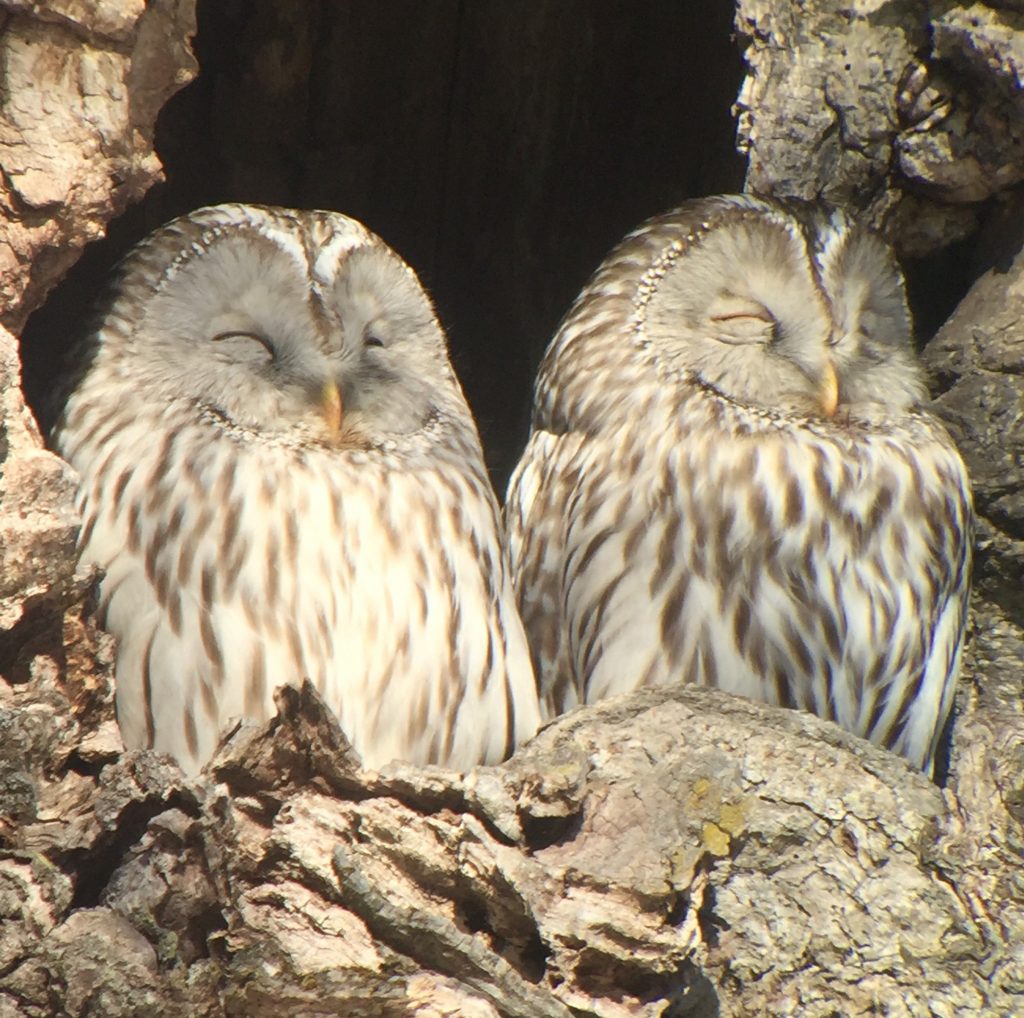 Shinrin-yoku roughly translates from Japanese to mean ‘forest bathing’. The term was coined in 1980s Japan, and refers to the simple practice of spending quiet, appreciative time among nature for the improvement of mental and physical wellbeing. And guess what: it’s good for you! Skipping ‘twixt the trees like a woodland nymph can reportedly:

While it’d be easy to wave away these claims – after all, shinrin-yoku emerged in the same era that gifted us such short-lived fads as Jazzercise, the Abdominizer, and the ‘Buns of Steel’ workout video – there is plenty of scientific evidence for the benefits. Studies (links at the bottom) have shown that only 15-20 minutes in a park or other natural area can lead to a boost in mood, an improved attention span, and lower levels of cortisol – a key stress indicator responsible for our ‘fight or flight’ reflex. Too much cortisol and this reflex becomes over-sensitive, kicking in at weird times; pop into a crowded café for a cheeky croissant and suddenly: anxiety.

Whoa whoa, back up. How’d this whole ‘forest bathing’ idea come about?

One of the pioneers of shinrin yoku, Dr Qing Li, (author of Shinrin-Yoku: The Art and Science of Forest Bathing) is a professor at the Nippon Medical School in Tokyo. It is only fitting that Japanese scholars should link health and the natural world together; Japanese culture has for centuries found inspiration in the pastoral, from the nature-focussed practices of the Shinto religion, to woodblock printing, to the formation of haiku:

Alright, so how do I forest bathe?

Well, first of all you must strip naked and skip gaily amongst the bracken…

Just kidding. Writing for Time magazine in 2018, Dr Li had this to say on forest bathing:

“First, find a spot. Make sure you have left your phone and camera behind. You are going to be walking aimlessly and slowly. You don’t need any devices. Let your body be your guide. Listen to where it wants to take you. Follow your nose. And take your time. It doesn’t matter if you don’t get anywhere. You are not going anywhere. You are savouring the sounds, smells and sights of nature and letting the forest in.

The key to unlocking the power of the forest is in the five senses. Let nature enter through your ears, eyes, nose, mouth, hands and feet. Listen to the birds singing and the breeze rustling in the leaves of the trees. Look at the different greens of the trees and the sunlight filtering through the branches. Smell the fragrance of the forest and breathe in the natural aromatherapy of phytoncides. Taste the freshness of the air as you take deep breaths. Place your hands on the trunk of a tree. Dip your fingers or toes in a stream. Lie on the ground. Drink in the flavour of the forest and release your sense of joy and calm. This is your sixth sense, a state of mind. Now you have connected with nature. You have crossed the bridge to happiness.” 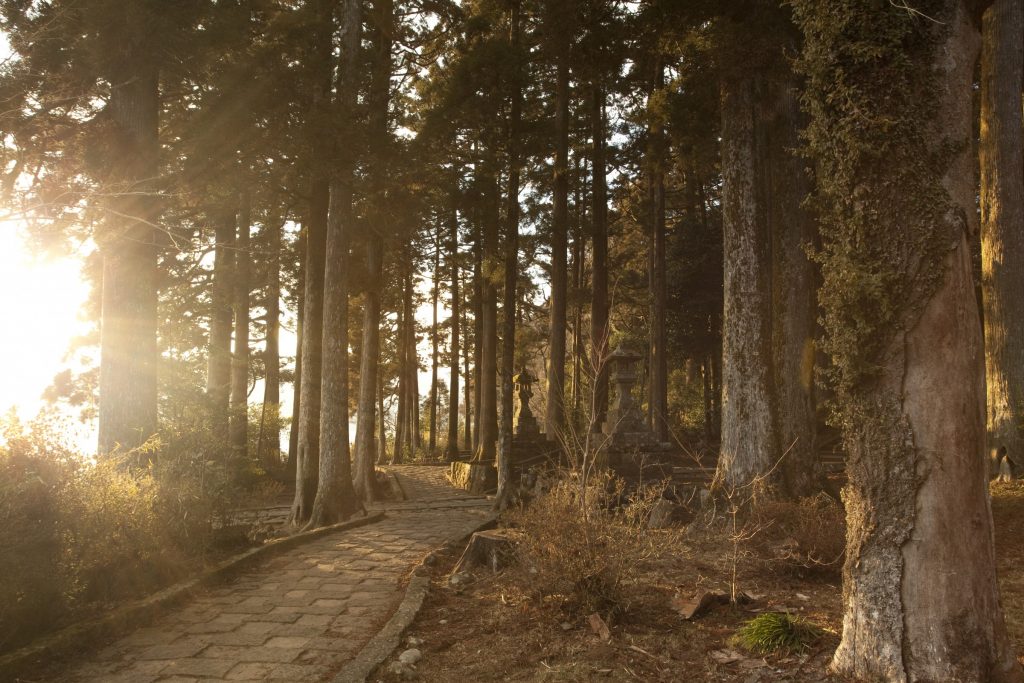 Sounds nice, but I’m more of an ‘empirical evidence’ sort. Is there any proof this works?

Yes, lots! First off, there’s the soil. In 2007, research by the University of Bristol found that ‘friendly’ bacteria mycobacterium vaccae (hereafter referred to as MV) found in soil altered the behaviour of mice, mimicking the effects of antidepressant drugs. When examining the mice, it was found that MV activated a group of neurons that produced serotonin – the chemical responsible for happiness. These tests were repeated with human patients, who found their general mood was noticeably boosted and their stress levels reduced.

Further, in May 2019, scientists at the University of Colorado at Boulder found that MV contained an anti-inflammatory fat, which reduces stress and ‘PTSD-like’ symptoms in mice, as well as aiding their immune system. All of this research is part of a theory known as ‘Old Friends’, which suggests that in the more sterile environment in which we now live, we are missing out on healthy bacteria from the earth.

Fun fact: Bristol and Boulder are, by wondrous coincidence, where our UK and US offices are based!

Okay, so soil is good. What else?

The very scent of the forest! That pleasant outdoor aroma we all greedily sniff when ambling through a natural setting is packed full of compounds known as phytoncides. Without getting too technical (because I tried to understand it further and could not), essentially these are released from trees to protect them from bacteria and insects – and when we take them in, our immune system is boosted in turn; specifically, anti-cancer proteins are created at an increased level.

I know! Lastly, there’s perhaps the most obvious reason that forest bathing is so effective at grounding us and improving our mental health: we’re not built for today’s lifestyle. Humans lived as nomadic hunter-gatherers for millions of years, wandering around nibbling berries and hurling spears at rabbits. Our brains and bodies have evolved – painstakingly, precisely – for that lifestyle.

Further, anthropological studies have found that, throughout millions of years of prehistory, the average ancient human would have had a social circle no larger than 150 people. Tokyo today has a population density of over 6,000 people per square kilometre; it doesn’t take a genius to realise that taking the occasional jaunt for some quiet time among the flora and fauna is a pretty good idea.

Life can sometimes be overwhelming. We’d all do well to take a couple of hours every week to practise the Japanese art of shinrin-yoku; to switch off our electronics, leave all the hubbub behind, and hang out with some pretty flowers.