Skip to content
Thank you for signing up!
Subscribe to our Newsletter
HOME » Home » Susie Chan: Running the Nakasendo Way in Japan

Having run countless endurance races and ultra-marathons, just reading Susie Chan’s list of achievements makes us feel like we need a lie down. Earlier this year, she laced up her well-worn shoes in search of Japan’s ancient Nakasendo Way.

Having explored capital city Tokyo twice, once for work and once for Tokyo Marathon, I thought I had a real taste of Japan – I now know differently! 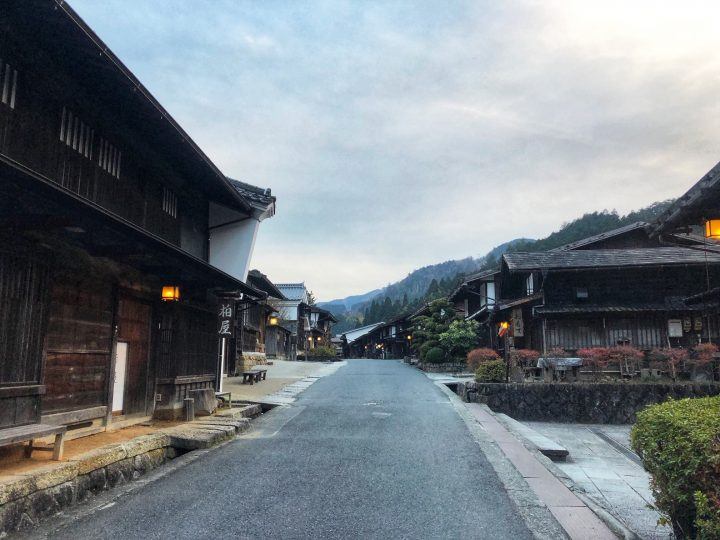 This trip was based around the Nakasendo Way, an ancient 355-mile-long trail that runs from Kyoto to Tokyo (then Edo) on a route known as “Central Mountain Way”. After becoming an official route to Edo in 1604, it was a path many ancient Japanese took.

My journey was by foot (running, hiking and cycling), car and – armed with the easy to use Japan Rail Pass – the extremely slick bullet train. Along the way, I also took in some of the highlights of the plaes with some truly rich and authentic Japanese experiences. The whole trip had been expertly put together by Go Central Japan and Inside Japan, so I didn’t have a single logistical thing to worry about. 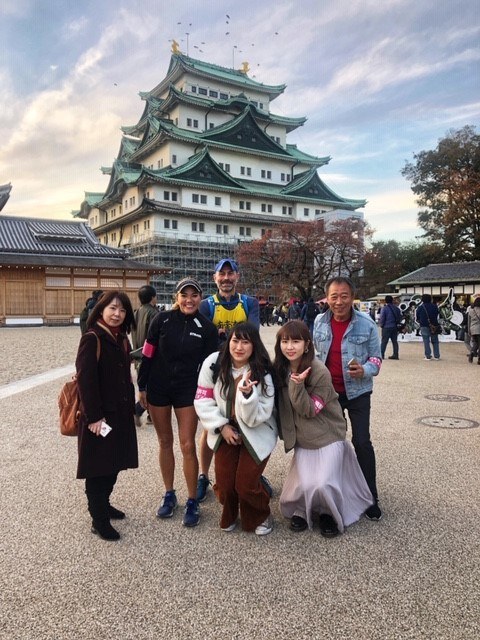 After a comfortable FinnAir flight to the heart of Japan’s Centrair Airport, I spent my first night seeing the sights and castle of Nagoya, fuelled by local beer and the best egg sandwich I had ever eaten. I declared that I would try local beer at every available opportunity henceforth in the trip (to offset the running you see…) 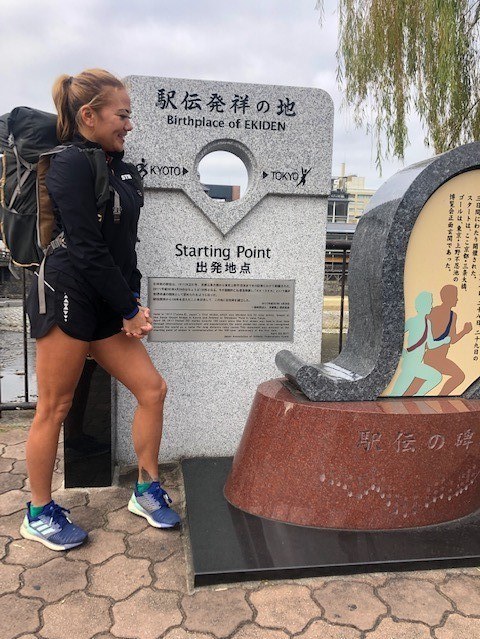 The running started with a short hop over a runnable mountain from Kyoto to the vast and peaceful Lake Biwa – the setting for the next day’s excursion. With a hotel room furnished with a hot bath onsen on the balcony, my body felt pampered ahead of the 45k bike ride from the beautiful lake shores to the castle town of Hikone, and the autumnal scenery framed the day perfectly.

My next stop was at historic Sekigahara. I’m a bit of a history buff, and it was here that one of the most historic and bloodiest samurai battles took place. After a power struggle between clans at 8am on 21st October 1600, thousands of samurai fought for power. In just 6 hours 30,000 had been slain resulting in the powerful Tokugawa Shogunate which went on to rule Japan for the next 260 years.

Standing in the exact spot these events happened was a real highlight for me. It’s worth mentioning that I had also dressed as a not very convincing samurai for the occasion. As an added bonus, my local tour guide also let off a canon in my honour! 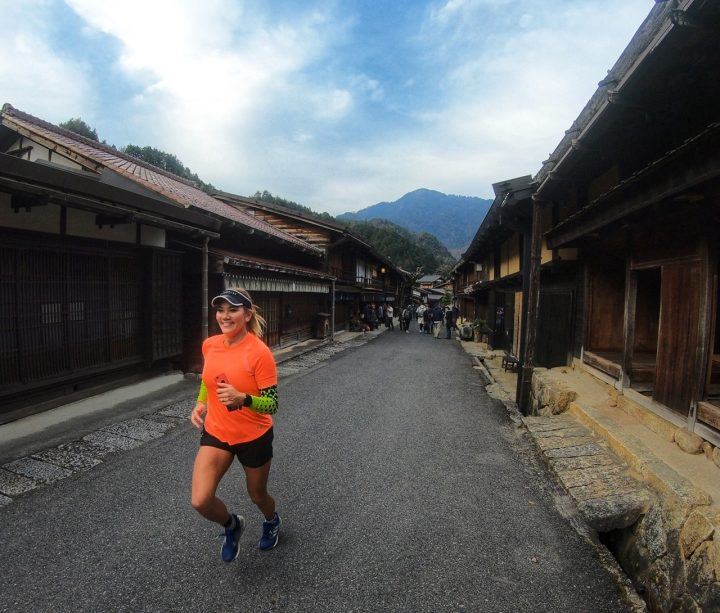 I was now deep into the Nakasendo Way, with glorious mountain trails running through postal towns of Nakatsugawa, Magome and Tsumago. These gorgeous traditional hamlets boast buildings that have been unchanged for hundreds of years; it was like running back in time. Delicious local food and beer awaited me in the welcoming minshuku (Japanese guesthouse) where I was staying, and the whole place was so peaceful, warm and calm – a world away from the Japan and Tokyo that I had experienced before.

Glorious views of the Kiso Valley unfolded before me as I slowly moved towards the city of Nagano from Tsumago and Narai Postal Town. I had never slept in a temple before and wasn’t sure what to expect when I booked into Zenkoji Temple for the night.

I had pictured a sombre, perhaps draughty, place to sleep, but with a warm welcome, delicate food, local beer and a room that felt traditional but exquisite, this couldn’t have been further from the truth. In the morning I was blessed by a Buddhist priest and observed the fascinating ceremony in the temple. It was a unique experience that I would highly recommended. 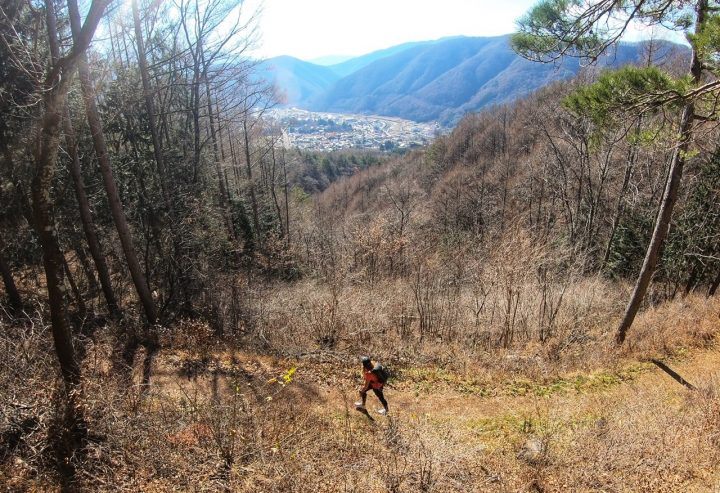 I took a trip to see the famous snow monkeys on the way to my penultimate destination on the Nakasendo, a resort-town called Karuizawa. Famous for Edwardian Western-influenced architecture, great food and being home to John and Yoko, this destination was so much more than I expected.

The waterfalls and views at the foot of Mount Asama were particularly breathtaking in the autumnal weather. It’s hard to believe this gem is only a short bullet train ride from Tokyo. 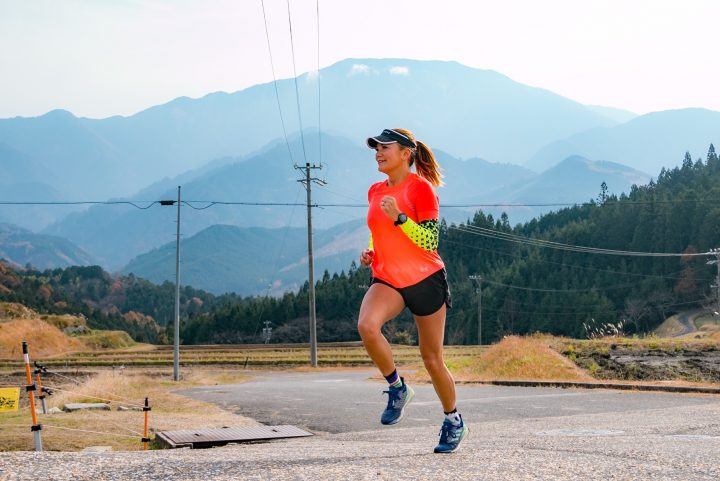 I was sad not to spend more time in Karuizawa, but the end of the Nakasendo Way was calling. Namban Rengo, a local running club in Tokyo, met me to run the final 10k. The road was still vaguely recognisable as the Nakasendo in the width, but the traditional buildings had given way to Tokyo’s neon buzz. It was huge fun running toward the bridge with everyone as we neared the Imperial Palace and onto Nihonbashi Bridge. Here, dragons marked the end of my journey and the end point of the Nakasendo.

With so many sides to Japan, every single day was unique and different to the one before, bringing new surprises, new experiences, new tastes and vivid views, all within very easy reach of the capital. Japan is so culturally rich, the scenery is stunning, and the people are wonderfully friendly – it’s hard to pick out the highlights. The whole place is nothing short of utterly enchanting.

See yourself walking (or running) the Nakasendo Way? Join our Historic Mountain Trails Small Group Tour or take a look at our Honshu Hiking Self-Guided Adventure. 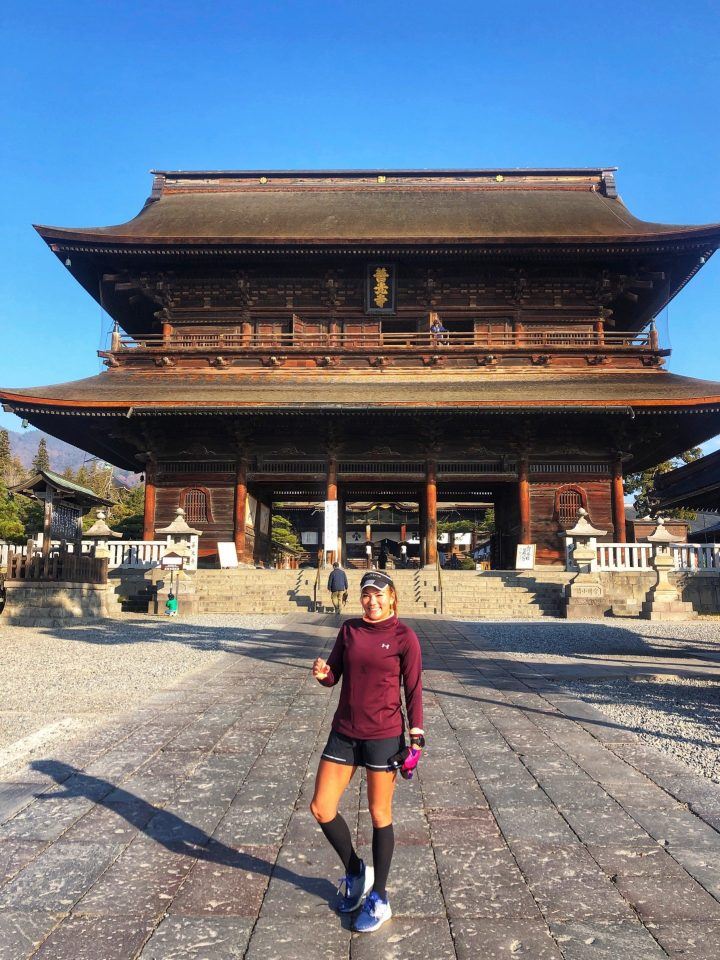