Skip to content
Thank you for signing up!
Subscribe to our Newsletter
HOME » Home » Rugby in Japan: Meeting Demi Sakata

Hugh Godwin, the rugby union correspondent for i news catches up with rugby legend Demi Sakata: the first Japanese player to be inducted into the Rugby Board Hall of Fame.

In a lifelong love affair with rugby, Demi Sakata’s dearest wishes are still unfolding. Japan played their first full Test at Twickenham, for one. And, for another, his home country will host the Rugby World Cup next year. It has taken patience, as Sakata is 76 now, albeit fit enough that you could see him still bringing off a cracking sidestep if called upon.

“The World Cup coming to Japan is a dream come true,” says Sakata as he welcomes me into his home in Kyoto, where two rooms are crammed with an amazing collection of oval-ball memorabilia. “There is just one problem, that only three of the stadiums being used are rugby grounds. I would like the legacy of 2019 to be one or two new rugby stadiums for Japan. You in Britain have many fields and green spaces for rugby. Here, soccer and baseball dominate.”

Sakata himself was 15 years old, and a strong lad versed in judo, when he moved to a high school that had a rugby pitch. “The coach said to me: ‘The game is easy. If you have the ball, run straight. If you don’t have the ball, tackle.’” Within a few years he had made his name on a tour in New Zealand – actually, changed his given name, as his Yoshihiro was shortened to ‘Deme’ (relating to large eyes) and then corrupted by the Kiwis to ‘Demi’, by dint of his stature, which has stuck in rugby circles – and he returned there for six months in 1968, scoring tons of tries, mainly for Canterbury University, but also for Canterbury and the New Zealand Barbarians.

In 1971, England played in Japan, winning two non-cap Tests by single-figure margins. In 1973, Japan toured Wales, England and France, wowing new audiences with a style of fast movement to compensate for a lack of big forwards. At Twickenham on 15 October 1973, Sakata’s team met England’s under-23s, losing by a creditable 19-10. His opposite number on the wing was Peter Squires, already three Tests into a 30-cap career for England and the Lions.

Four days beforehand, facing the Midlands Counties at Leicester, Sakata marked the great David Duckham. But he did not know these names. He played against them first, ran round them once in Duckham’s case, and learnt their history afterwards. “Duckham signed a tie for me, I had to ask someone who he was, and they told me about the 1971 Lions. I thought ‘uh-oh’, how did I beat him?”

Sakata went on to coach university rugby for almost four decades, while he was an office worker for the Kintetsu Railway. In 2012, he became the first of Japan’s two inductees into World Rugby’s Hall of Fame. The other is Daisuke Ohata, also a prolific try-scoring wing, and their stories stand alongside those of Nelson Mandela, Gareth Edwards, John Eales and others in the Hall of Fame museum in the English town of Rugby. “I do understand why the Japan team today needs players from overseas,” Sakata says. “Michael Leitch, the captain, he has a Japanese heart; he has the Samurai spirit. But in our day, we had a Japanese style – no contact playing from the set-piece. Just use skill, skill, skill. Three phases should be enough to score; pass, pass, break through – try!”

Sakata helped conduct the World Cup pool draw in Kyoto in May 2017. In a park at the Shimogamo Shrine in the city, a statue marks the spot where students were taught rugby in 1910 and so introduced it to the west of Japan. But interest in the game generally is sporadic, and it takes big-company money to attract stars such as Dan Carter to the Japanese league. Japan played England in the World Cup in Australia in 1987, and in a non-cap game in autumn 1986, but it has taken 32 years for the Brave Blossoms’ 15-a-side team to return to Twickenham. There is no bitterness in Sakata about this. He will be awake at midnight, Kyoto time, to watch the match, expecting Kenki Fukuoka on the wing to show a little of that old free spirit.

When Japan famously beat South Africa in the 2015 World Cup in Brighton, Sakata sent a two-word email to his friend, the team manager: “Thank you”. The coach that day, of course, was Eddie Jones, now in charge of England. “Eddie is a rugby man, always thinking ‘rugby, rugby, rugby’,” Sakata says, as I am taken as a guest to a local family restaurant for beef and pork “shabu-shabu”, cooked in a pot of broth on the table.

Would Eddie Jones be recognised if he walked in here? “No!” Sakata says with a laugh. “But he gave us a good team and that South Africa win, even if some players said they were tired from so much practice and their brains became confused. A coach has to feel what the players want. There are many different types of coach, gentle and hard.”

Are you lucky enough to have Japan Rugby World Cup 2019 tickets?

Our Small Group Tours and Self-Guided trips make the most of your time outside the matches: www.japanrugbytravel.com 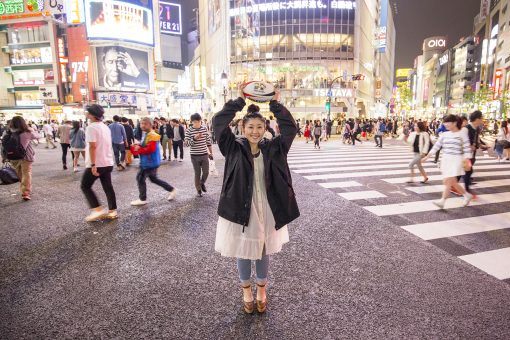 No words or photos from this piece are to be reproduced without permission.