Skip to content
Thank you for signing up!
Subscribe to our Newsletter
HOME » Blog » Manhole covers: Japanese streetwear

There are endless things to see if you look up in Japan, but have you ever thought to look beneath your feet? A curious craze sees surprisingly beautiful manhole covers making their way on to t-shirts… 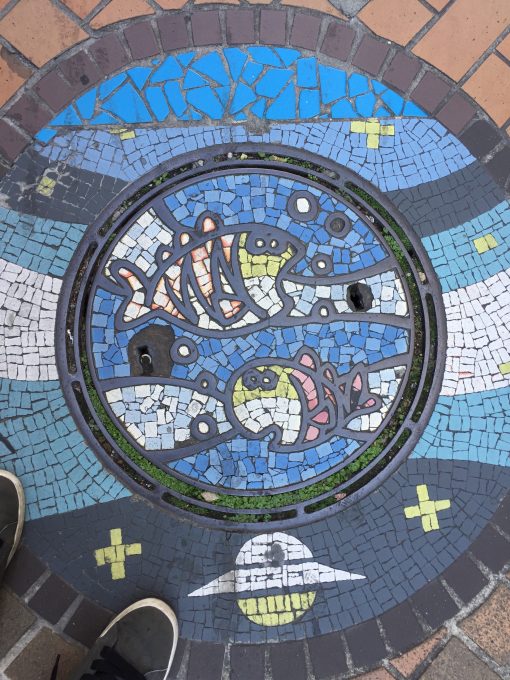 Japanese manholes aren’t everyone’s idea of Japanese art, but these creative and unique sewer covers can be found in most of Japan’s 809 cities. Each design represents a certain aspect of the area such as the environment, history and traditions, or local people.

The most elaborate manhole covers are finely detailed and even coloured, all in a bid to make the sewage system more appealing. What a way to find beauty in even the dirtiest of places! They reflect core Japanese values; cleanliness, attention to detail and presentation, and bringing opposing elements together – it’s not uncommon to see an old shrine lodged between big modern buildings in Tokyo.

Tourists and Japanese people alike love discovering new designs in different regions. Collecting manhole cover pictures is so popular that the Gesuido Koho Platform Group even released manhole cards, each with a picture of the cover, the geographic coordinates, and an explanation of the design. Since the project launched in April 2016, more than 220 designs from 46 different prefectures in Japan can be collected, and more than 1 million cards have been issued to date, handed out by local city offices. 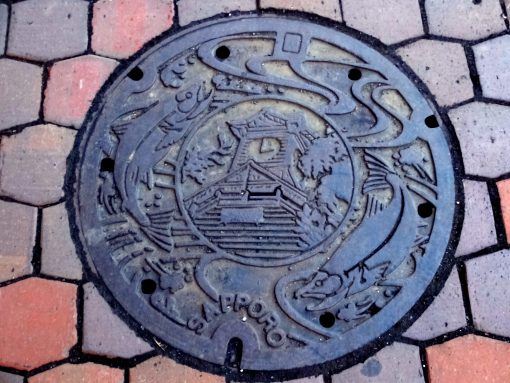 The manhole craze doesn’t stop there. People are dedicating blogs to manhole cover pictures, some with around 6,000! Tour companies offer bus tours to see manhole covers (and collect the cards), and there’s even a yearly public manhole summit… So, as you embark on your Japanese adventure, don’t forget to look down. You never know what you might find. 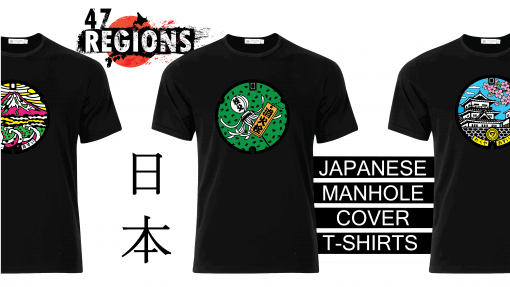 Kevin and Steven, two Irishmen who have lived in Japan for years, started screen printing some of these beautiful designs on to t-shirts. Find out more about their project, 47regions, here.