Skip to content
Thank you for signing up!
Subscribe to our Newsletter
HOME » Home » 8 places to find Britain in Japan

UK traveller, Catherine Butler found herself in a parallel world at these 8 surprising examples of Britain in Japan. 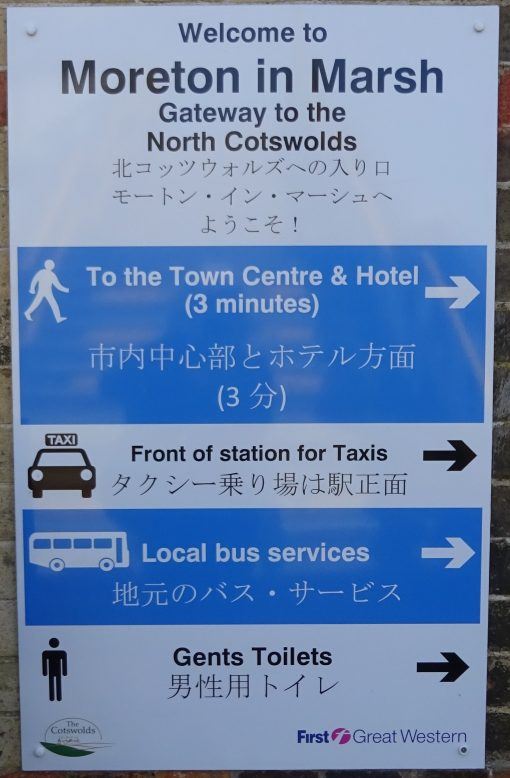 Every year, thousands of Japanese visitors come to Britain to see the sites in London, the Cotswolds and the Lake District. At Moreton-in-Marsh in the Cotswolds, there are so many Japanese tourists that even the railway signs are in Japanese! Not every Japanese person can get to the UK, so many places have been built in tribute to Britain – I went to see a few of them. 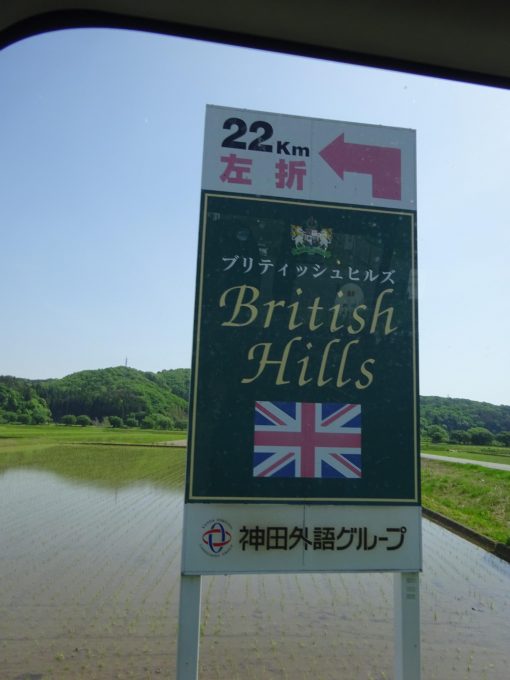 My ‘Britain in Japan’ odyssey started in the mountains of Fukushima Prefecture, home to British Hills, “The Britain that Anybody Can Visit Without a Passport”. 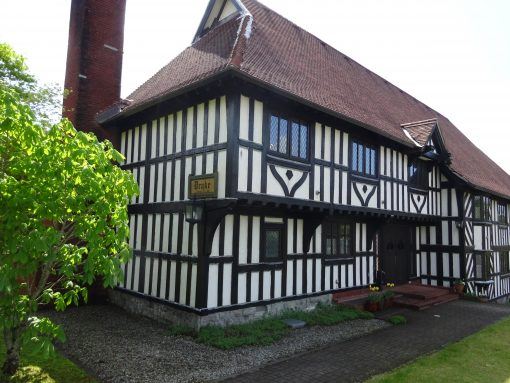 This impressive site has a full-sized English Manor House, the Falstaff Pub (where fish and chips are, of course, a must), the Ascot Tea Rooms, and several half-timbered guest houses: the one I stayed in was named after Sir Francis Drake. British Hills is mostly used by school parties, but couples and solo travellers like myself are also occasional visitors. 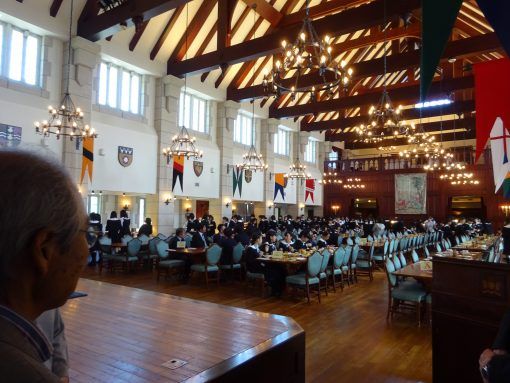 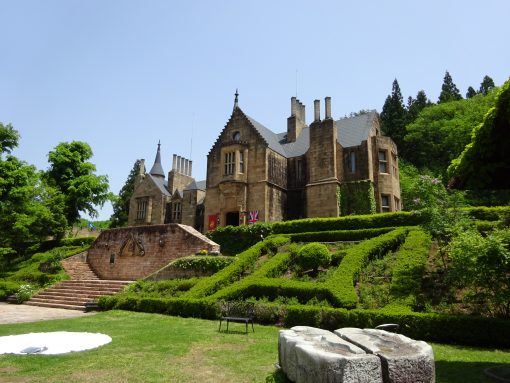 Next stop was Lockheart Castle. This nineteenth-century castle was once owned by Sir Walter Scott’s son-in-law, but was bought by a famous Japanese actor in the 1990s and shipped stone by stone to rural Gunma Prefecture, where it is now a resort for lovers. Among its various (rather random!) attractions are a Santa Claus museum, a collection of Audrey Hepburn’s personal effects, and a large collection of teddy bears. I was particularly surprised to see a suit of armour covered in “ema”-style messages of devotion from Japanese couples… 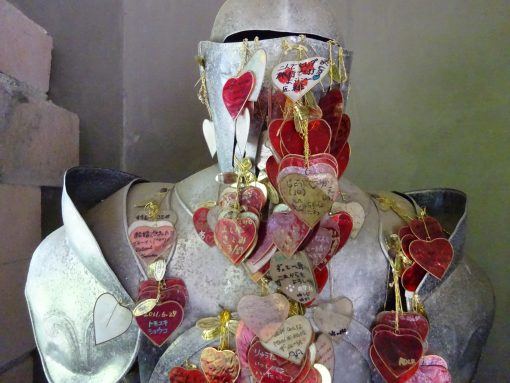 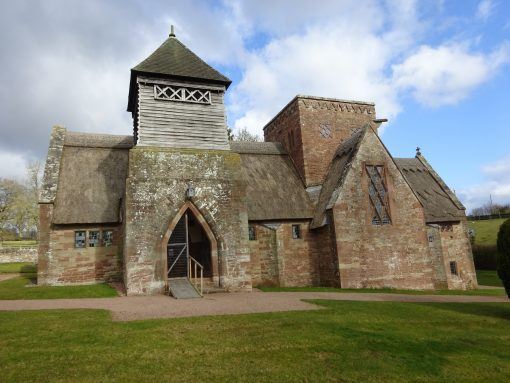 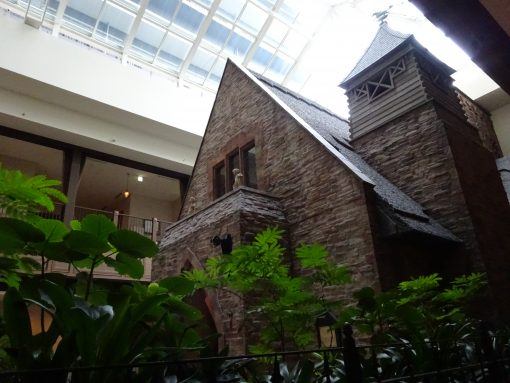 The rural Arts and Crafts church in England impressed the Japanese hotel company so much that they recreated it for their own swish wedding packages; now Japanese couples can get married in a “genuine” English country church without leaving the metropolis; an idyllic part of Britain in Japan. 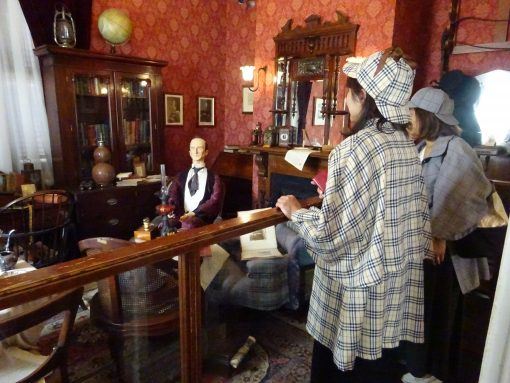 The Kitano area of nearby Kobe has several mansions, known as ijinkan, that were owned by foreign residents at the turn of the 20th century. Among these, one has been converted into Sherlock Holmes’ rooms in 221B Baker Street – you can don a deerstalker and visit the great detective! 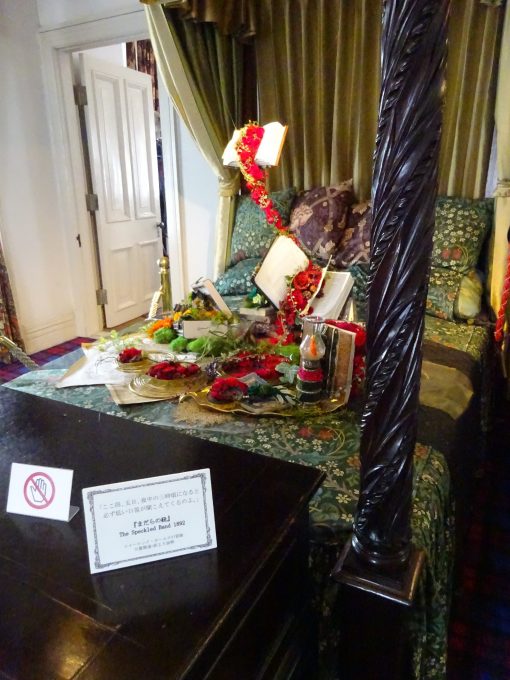 There is even a tableau devoted to individual Holmes stories, such as The Speckled Band, and a pretty convincing mock-up of the Baker Street tube station. 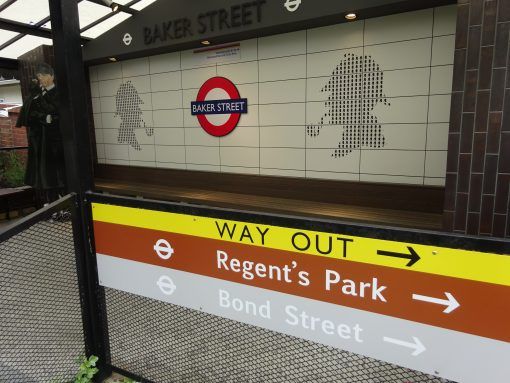 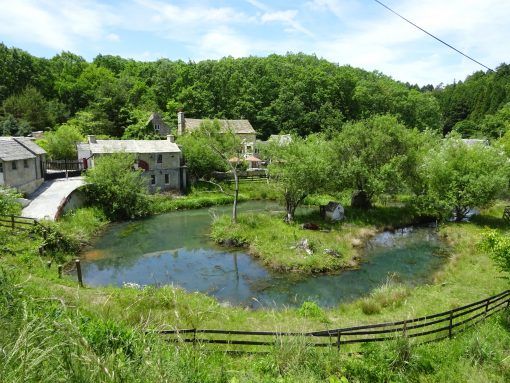 Dreamton, near Kameoka in Kyoto Prefecture, was my next stop. In the hills above the town, Anglophile Marie Haruyama built her own slice of Britain in Japan; a Cotswold village, complete with honey-coloured stone, whitewashed walls and imported British antiques. 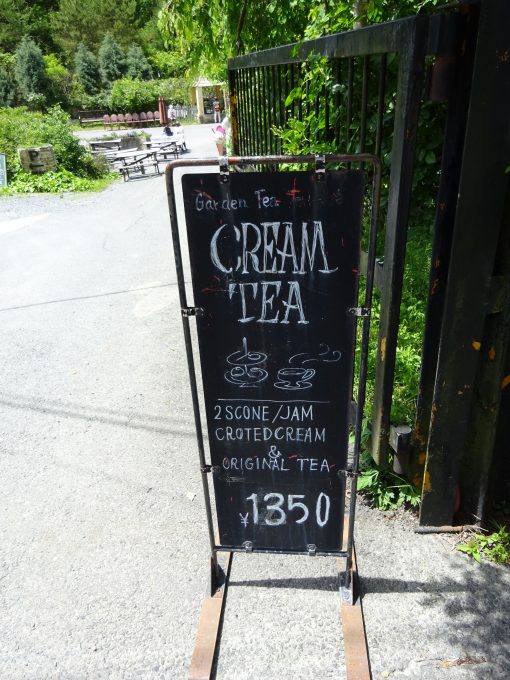 You can eat cream tea at the Pont-Oak restaurant or stay in one of the Cotswold cottages, as I did, for a B&B experience that feels a little bit disorientating (like-but-not-quite-like Britain). 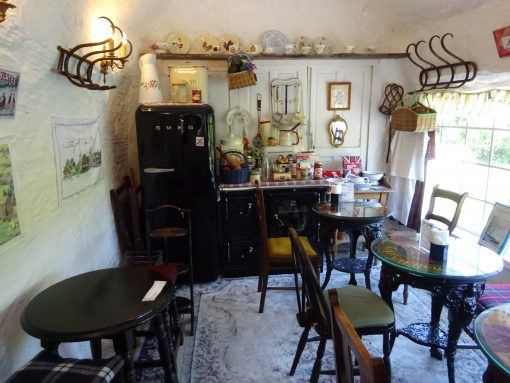 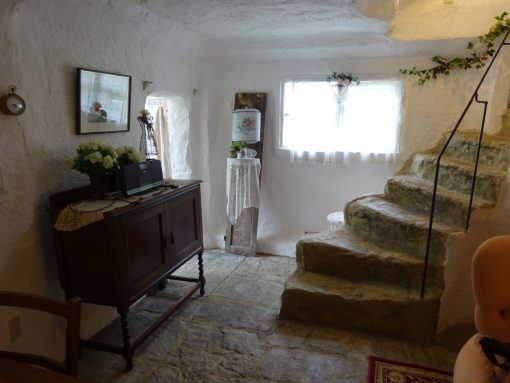 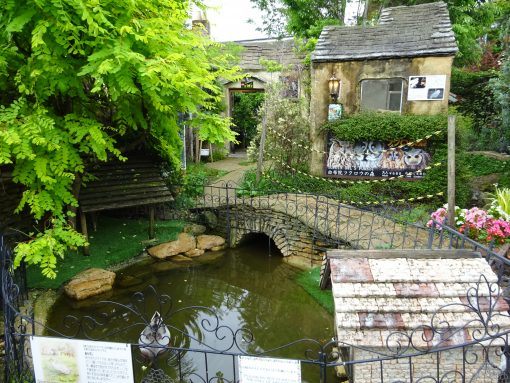 Back aboard the shinkansen! Yufuin in Oita Prefecture in the southern island of Kyushu is a well-known onsen town – but also host to Yufuin Floral Village, a series of shops built in the Cotswold-style. Each shop is devoted to characters such as Alice, Peter Rabbit and Shaun the Sheep as well as European classics such as Heidi, Kiki and the Moomins. 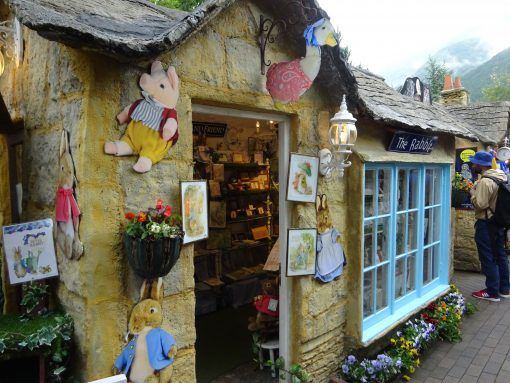 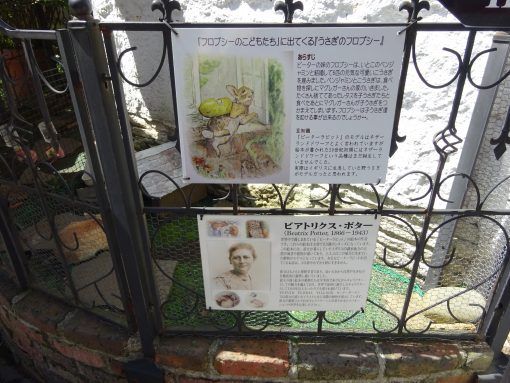 Shuzenji no Niji no Sato 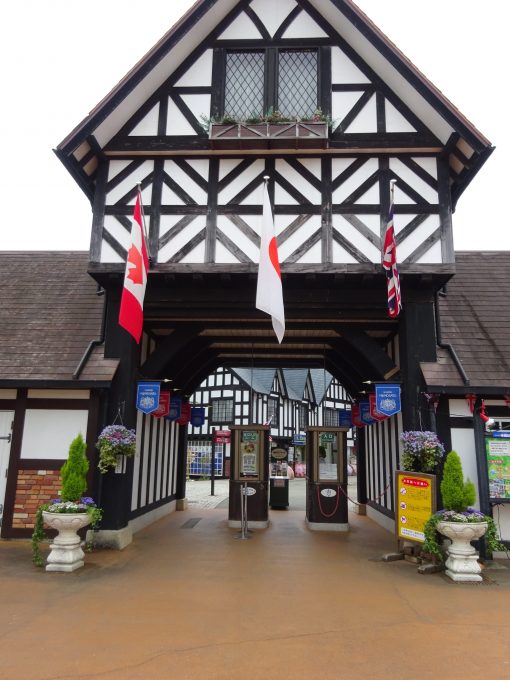 In Shizuoka prefecture, Shuzenji no Niji no Sato houses three villages based on three countries: Britain, Japan and Canada. Naturally, I spent most of my time looking at the British village, which – as well as other half-timbered delights – has a 15-inch gauge steam railway, based on the Romney, Hythe and Dymchurch line in Kent; an excellent toy museum; and a double-decker bus devoted to the Beatles. 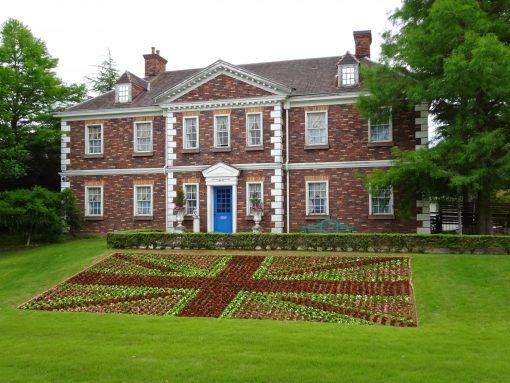 If you’re feeling homesick for Britain (or indeed Canada), Shuzenji is the place to go. 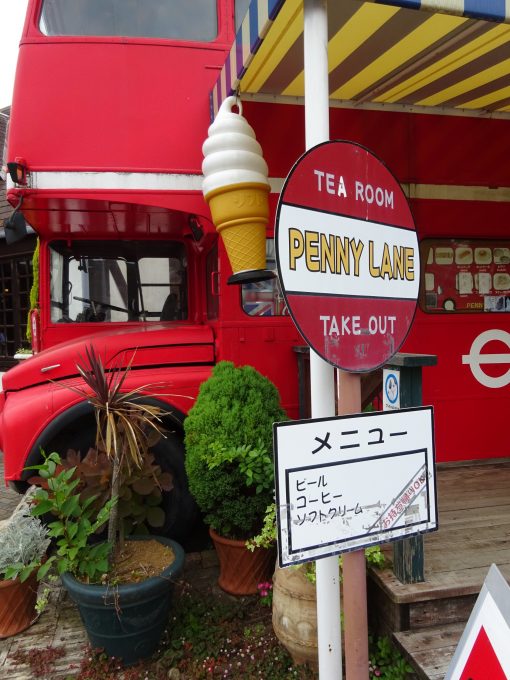 If I were picking up my knowledge of Britain from these Japanese resorts, I would come away with a selective view of a country that’s largely rural, not to say feudal, in which the main food items are fish and chips and cream teas – a lot of modern Britain is nowhere to be seen. On the other hand, I was very impressed at the amount of detail with which this vision of Britain had been given shape. A great deal of research, money and devotion went into making places such as British Hills and Dreamton, and at times they really did give me the impression that I was back home. 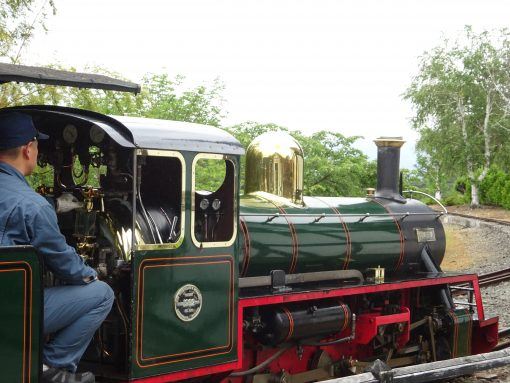 Just when we thought we’d seen it all in Japan… To plan your trip, get in touch with our Japan travel experts.