Skip to content
Thank you for signing up!
Subscribe to our Newsletter
HOME » Blog » Driving in Japan on the Noto Peninsula

You’d like to see rural, rugged, remote Japan with beautiful scenery and centuries old tradition? Allow me to present a little-known area of Japan, The Noto Peninsula. 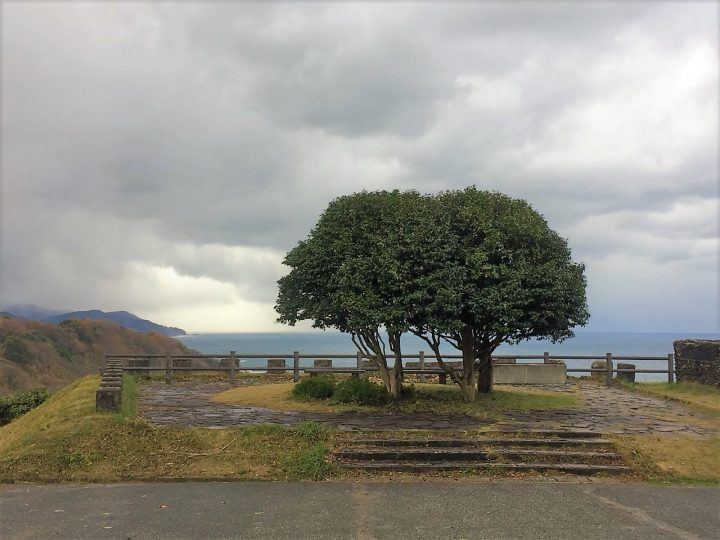 On my second familiarisation trip to Japan I was keen to head to an area few foreign visitors get chance to visit. Full of excitement, I picked up my hire car in the lovely city of Kanazawa and headed towards the Noto Peninsula. It’s about half way up the west coast of Japan’s main island, Honshu, and even today the population of the entire peninsula is just 350,000 people, spread out amongst little towns and villages. The interior is barely populated, quite a contrast from the bright lights of Tokyo! 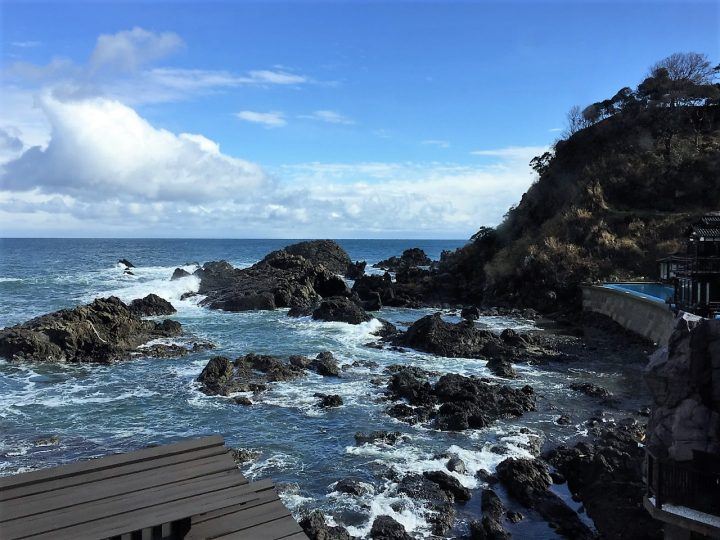 Driving on the coast was super easy! As a relatively new driver I was very impressed with the wide, well maintained coastal roads. The Peninsula is 50 miles long, approximately 19 miles at its widest point, and absolutely breathtaking. All road signs were in English and Japanese, so although I had a sat-nav I didn’t have to full rely on it.

Whilst there are some beautiful coves and beaches along the peninsula, I was more taken by the rugged nature of the landscape. 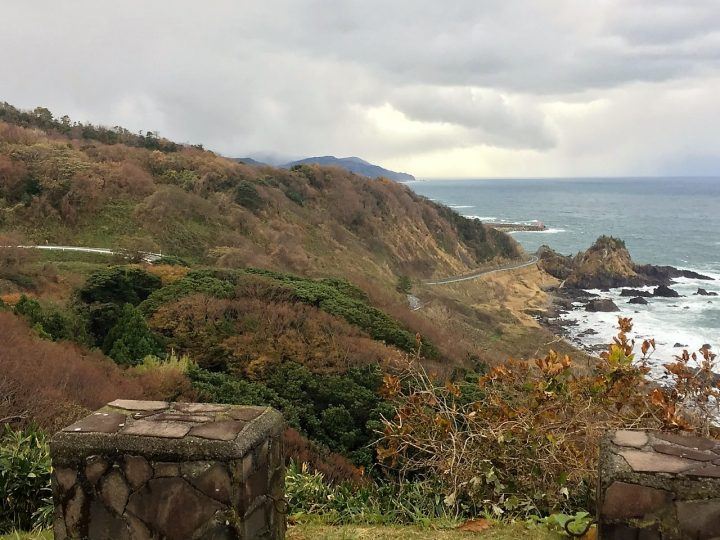 I highly recommend heading off the main highway and taking this beach road instead. Driving at over 50mph with the ocean just a few meters away was pretty cool. 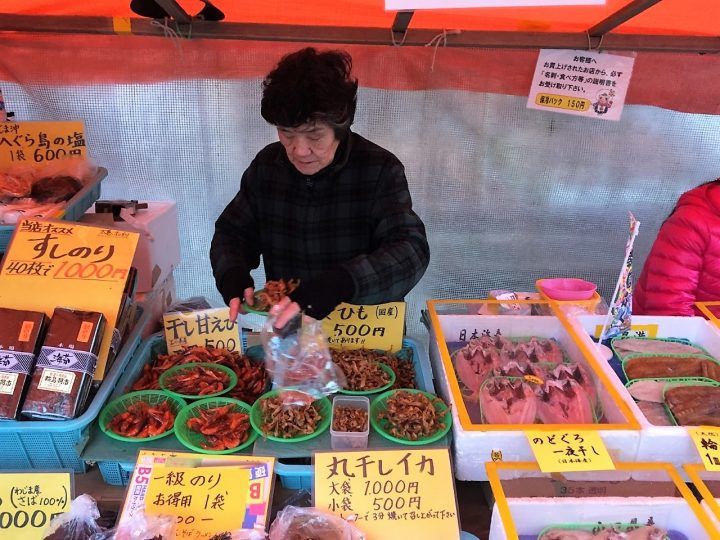 I love Wajima, it is a small coastal market town famous for it’s 1000-year-old morning market, and it’s lacquer-ware. The Asaichi morning market was a real eye opener with interesting delicacies from the sea (often alive) and lots of smiles from the stallholders as I attempted to eat them! 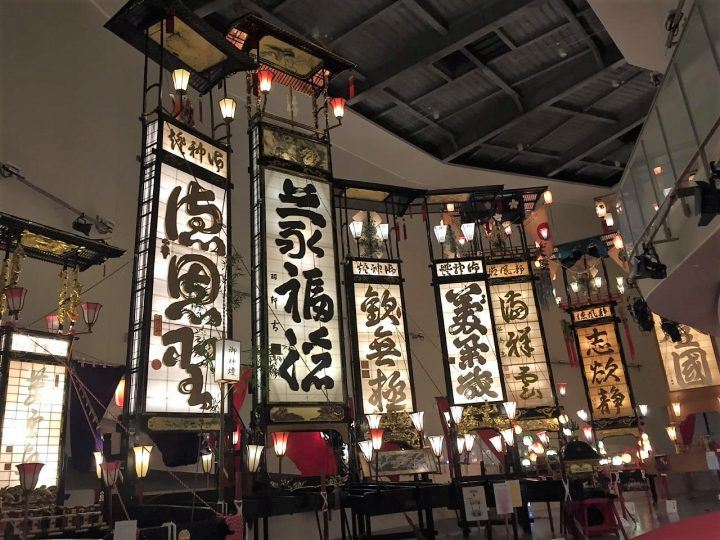 The Noto Peninsula is famous for its festivals, so if you choose to visit in the summer months be sure to take in one or two. Outside of the festival season, pop along to this museum to see the floats up close. Some are as high as 10 metres, pretty impressive when you learn the locals carry these through the streets!

I drove 15 minutes up the coast from Wajima and parked up at these beautiful rice fields. Unfortunately, the weather wasn’t on my side, hence no glossy sunny pictures for you, but they were impressive all the same. 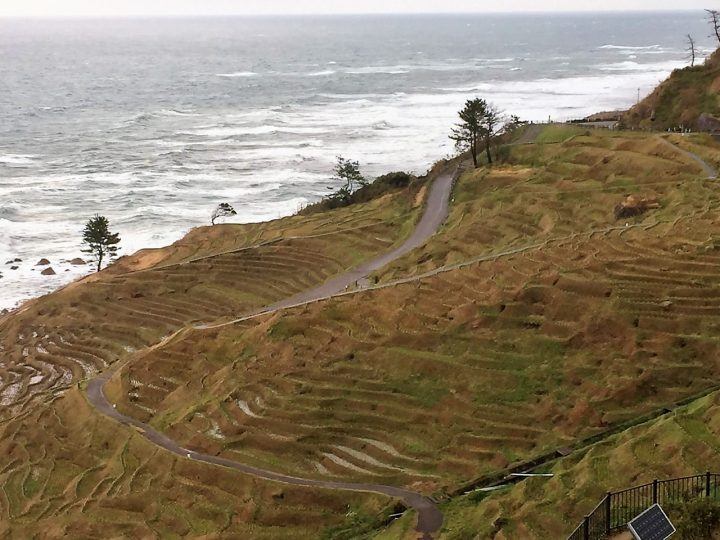 During the winter months the locals pop LED lights on them every night! 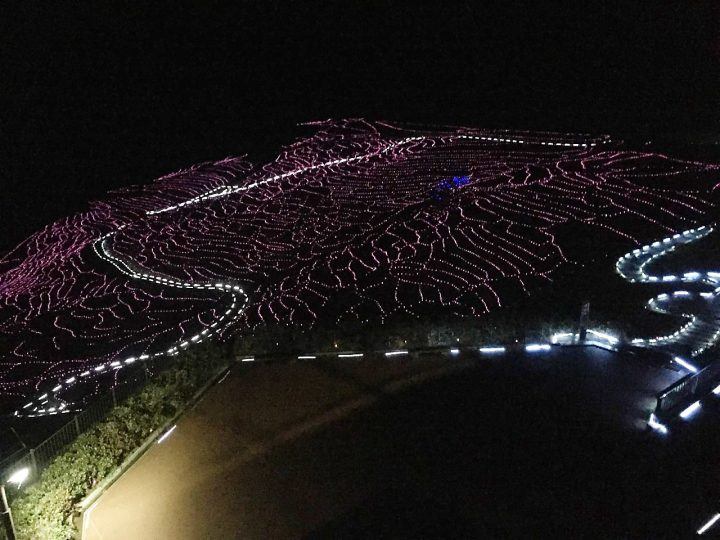 Tip of the Peninsula

Just a short drive from the rice fields, the tip was by far the prettiest and most interesting part of the peninsula; think lighthouses, rock formations, clifftop views and little coves. It’s very rare to find an area of coastal Japan this beautiful and this uncrowded.

The Peninsula has a very interesting history I was keen to explore. Throughout the centuries Japan’s warring clans would battle, and the losing family were often banished to the Noto Peninsula. The Taira Clan built their Tokikuni Residence back in 1590, it still stands today and it is well worth a visit.

Whether it’s at a modest inn or a breath-taking deluxe Japanese accommodation, the food here is fresh and the vast majority from the sea. Believe it or not the image below is what you can expect per person, these were my meals; all that food?…all for me! 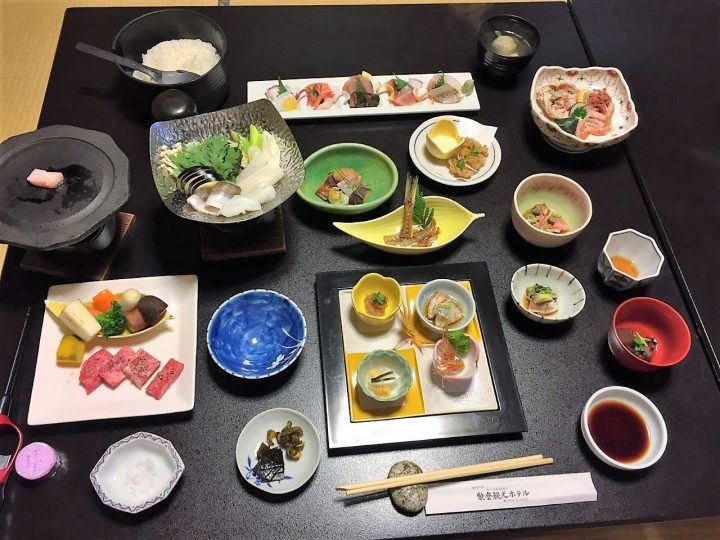 After all that, you’ll be looking to rest up. Luckily there are accommodation options to take your breath away. 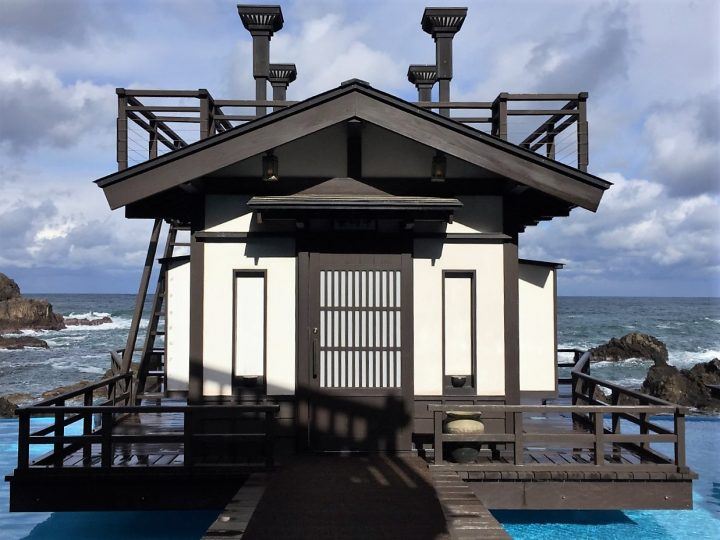 So if you’re a fan of the lesser trodden track and don’t want to follow the crowds, I highly recommend heading to the Noto Peninsula soon, before everyone knows about it…

For more information about hitting the road in Japan, or visiting the Noto Peninsula, get in touch with our team.