Skip to content
Thank you for signing up!
Subscribe to our Newsletter
HOME » Home » Discovering the Japanese Tanuki on Miyajima Island

Travel consultant Rachel Rykala lived in Japan for years and has arranged countless holidays, so when it came to the popular (and picturesque) Miyajima Island, she thought she knew it inside out. On her last trip though, she made an unexpected new friend: the Japanese tanuki (raccoon).

Toshi, the owner of the inn I was staying at on Miyajima Island came rushing over to me with such excitement on his face I felt compelled to follow him. He led me out to his garden and there they were, just a few metres away from me, tanuki!

I knew nothing at all about the tanuki, I had lived in Japan for a few years, but I was based on Hokkaido, the northernmost of Japan’s four main islands. I had never heard of these ‘raccoon dogs’. Granted they were beautiful, but my inn owner’s extreme enthusiasm intrigued me… why so much excitement?

They are native to Japan

The majority of Toshi’s foreign guests had never seen tanuki, I could tell he got a huge sense of satisfaction to be able to introduce them to us. I took a lot of pictures! 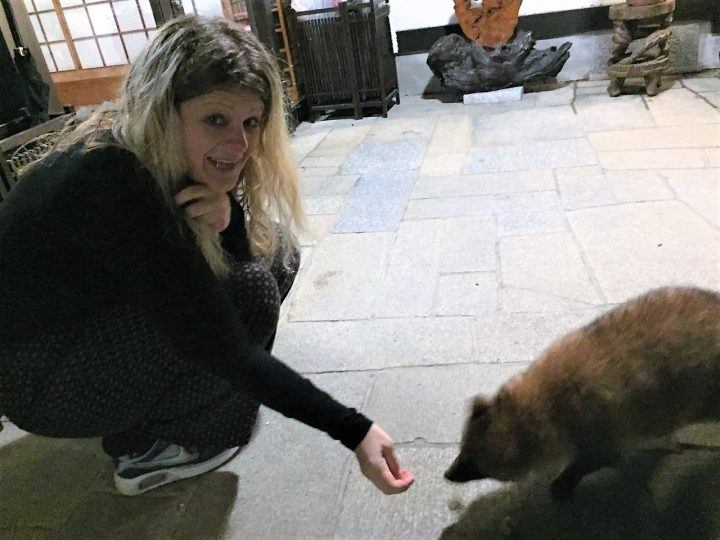 Although brown and black tanuki can be spotted all over Japan, white tanuki are particularly rare and Miyajima Island is one of the few places they are regularly spotted. Toshi was particularly pleased to have regular visits from a family of tanuki that included a bright white mother.

So why did they keep returning to Toshi’s garden? Apparently, they like cat biscuits! 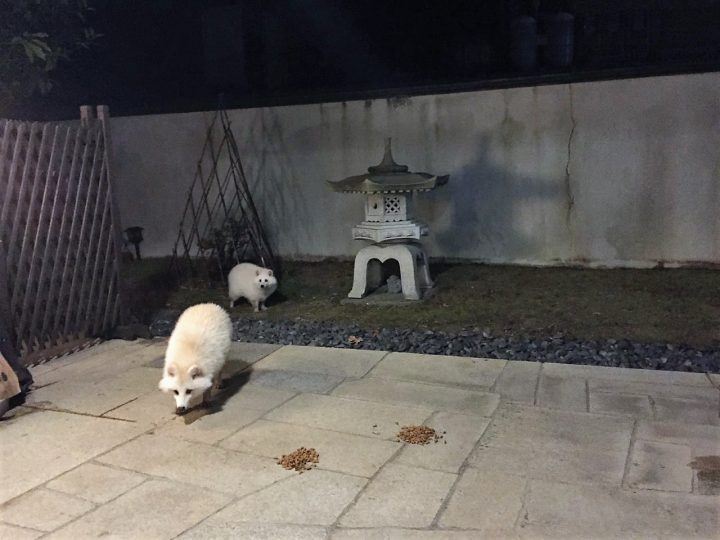 They have an unusual depiction…

The Japanese aren’t as shy as us Brits when it comes to our body parts. In Japanese folklore the tanuki has been depicted as a male character with a gigantic scrotum. There are many cartoons and stories widely known in Japan that are centred around this! It is said that the tanuki can stretch his ball sack to the size of 8 tatami mats, not sure I believe that… 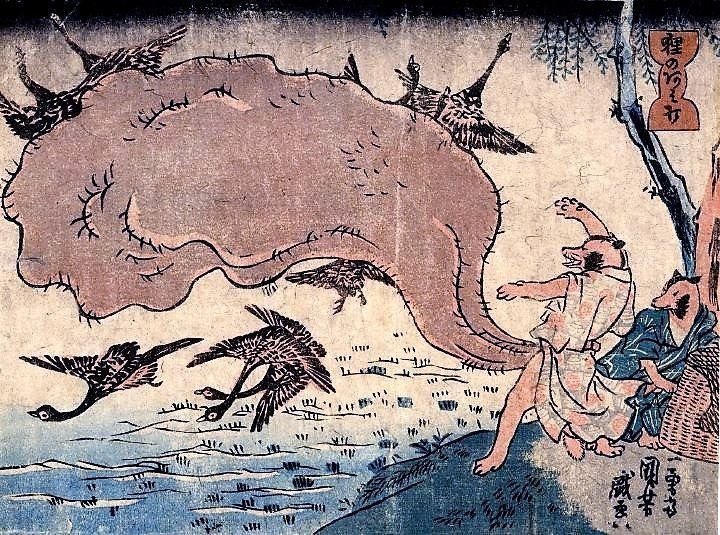 The bigger the scrotum, the more luck it brings! It is not uncommon to see tanuki statues outside businesses and homes all over Japan, they are especially popular on Miyajima Island. If you have been to Japan its highly likely you have seen one of these statues. 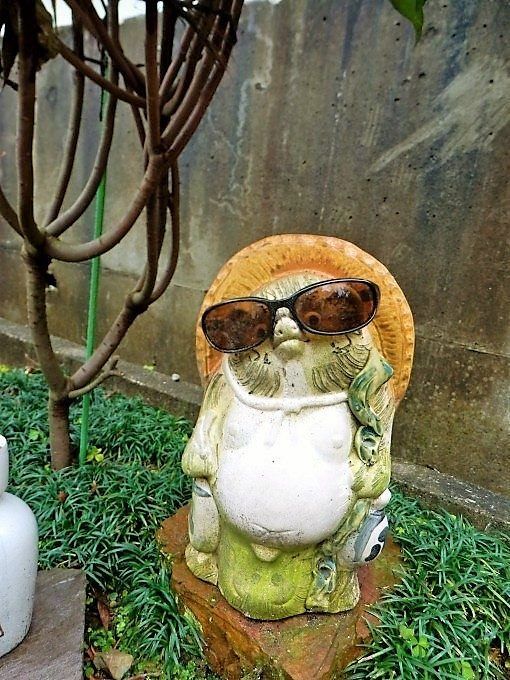 I shall leave you with a very short well-known tanuki song:

For more information on visiting Miyajima Island (and spotting some white tanuki!), get in touch with our team. 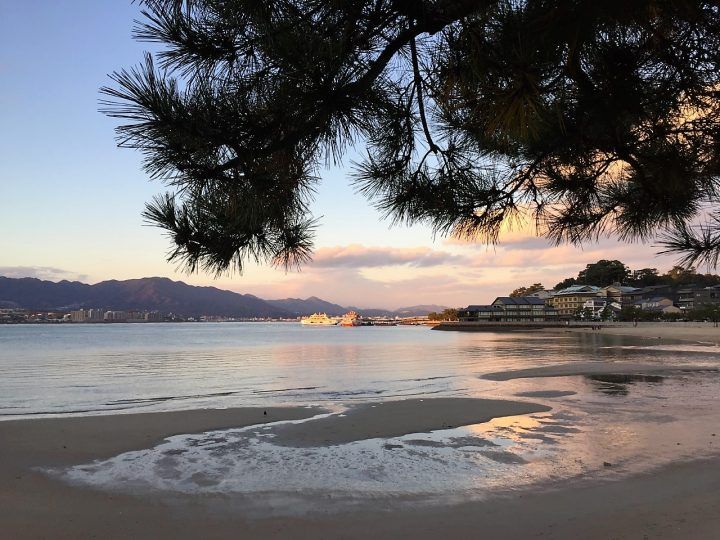