Skip to content
Thank you for signing up!
Subscribe to our Newsletter
HOME » Blog » Welcome to the Pokémon Center DX Tokyo

Pokémon is one of the most iconic examples of otaku culture. Whether you remember trying to trade Pokémon with friends in the playground or looking for the faintest light to illuminate your screen on a long drive, odds are you’ve played Pokémon at some point, or at least know someone who did.

If not, congratulations! You’re a statistical anomaly. Pat yourself on the back. 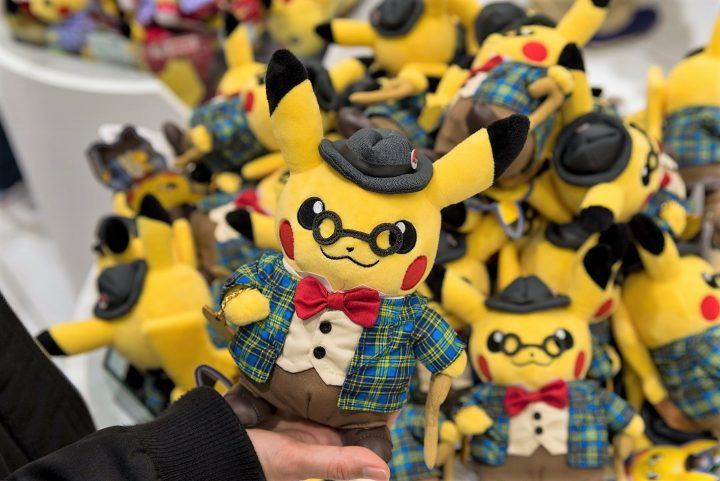 The Pokémon Center in Ikebukuro is always one of the top choices on our Insider Day Tours. Whether collecting limited merchandise, picking up the newest cards before they reach overseas, or collecting the promo cards that often accompany a purchase, no trip to otaku Tokyo is complete without at least one visit (or two, if you have to confirm how much space you have in your suitcase).

But do you know what’s even better than one Pokémon Center in Tokyo? That’s right, you guessed it! Winning the lottery, financial independence, job satisfaction, a fulfilling social life, the list goes on… Who am I to tell you how to live your life?

But equally as important, is a second Pokémon Center!

In March 2018, a new Pokémon megastore called “Pokémon Center DX” opened near Tokyo station. If you’re heading to Tokyo station to catch the shinkansen (bullet train) and have time to spare, you’re in luck! The newest shop is a short 10-minute walk from the station. It also features the first permanent Pokémon themed café. 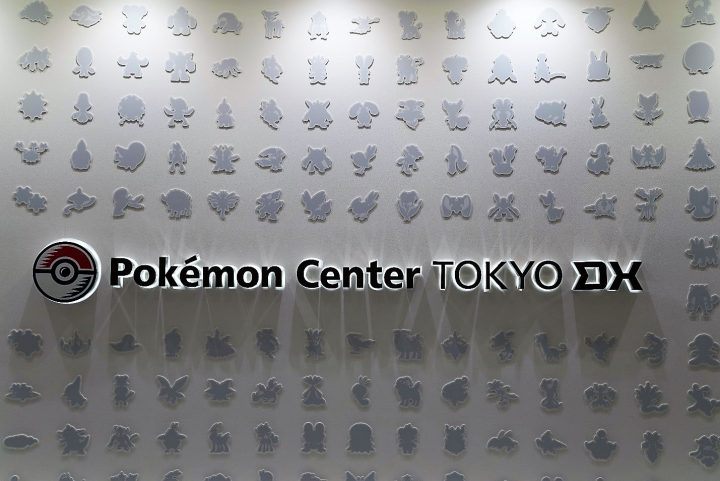 The welcome banner and silhouettes of all currently released Pokémon. Back in my day, we were looking under trucks for Mew, but apparently there are over 800 now. My first visit was just shortly after opening, which explains the crowds in the following photos. It’s not nearly as bad now. 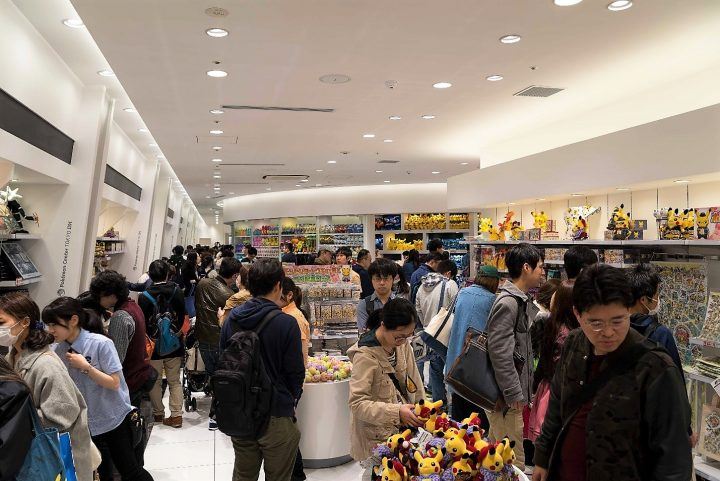 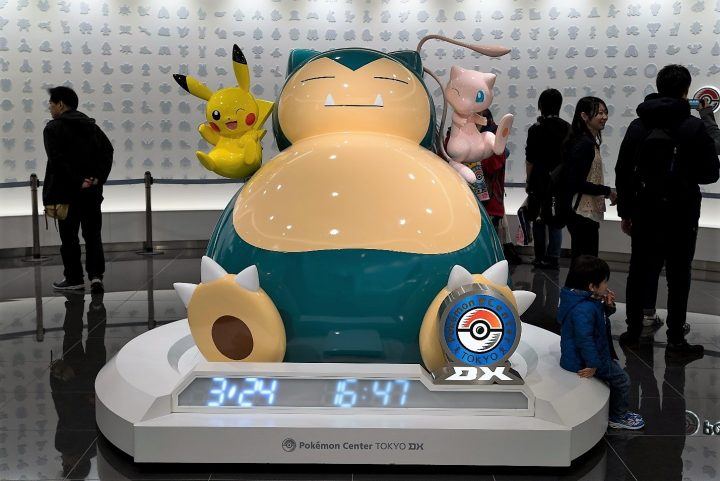 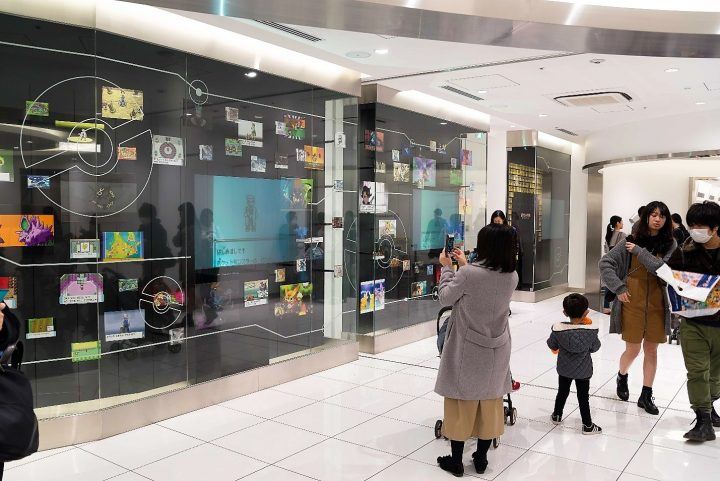 A video wall displaying scenes from the various games released over the past two decades. 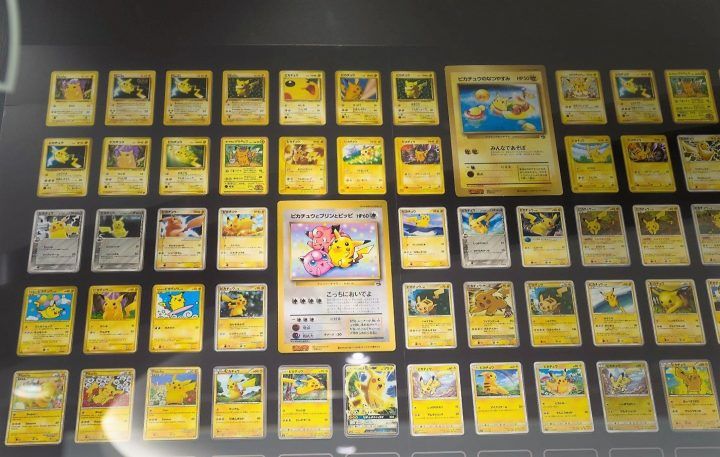 It wouldn’t be a Pokémon store without highlighting the myriad of Pikachu cards available. 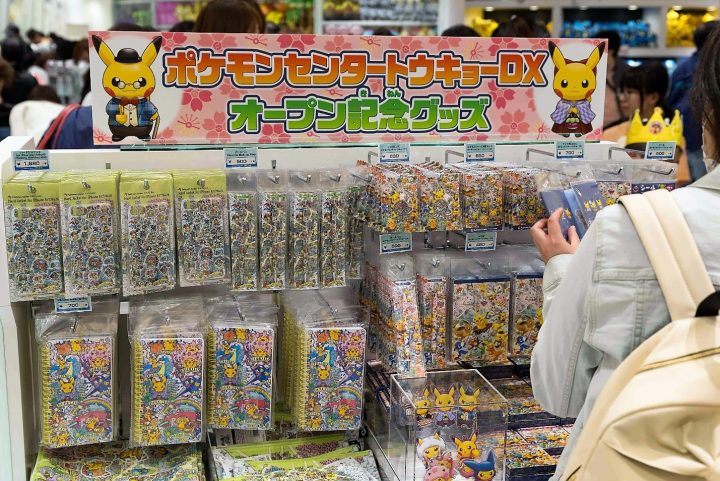 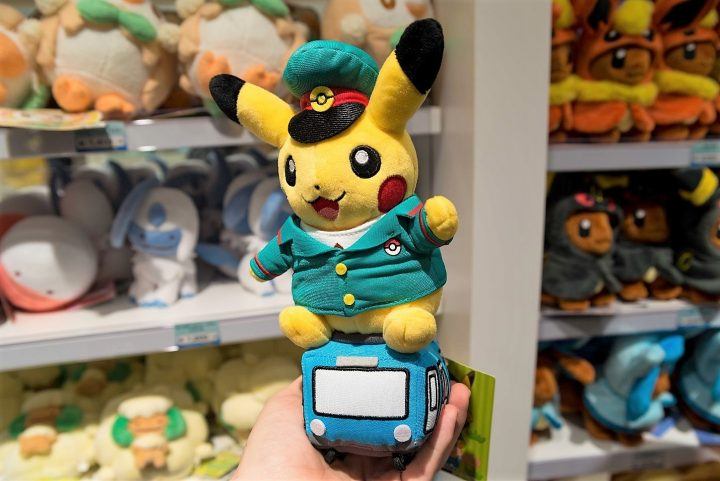 For train enthusiasts and Pokémon fans, this one is for you! 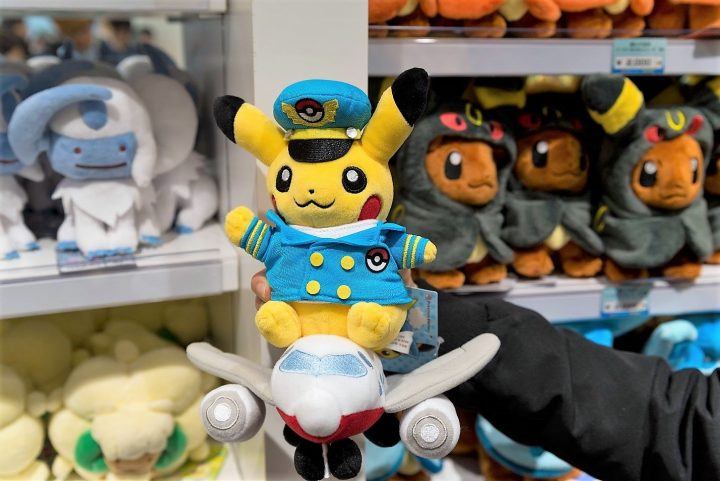 Many moons ago, there was a promotional event done with All Nippon Airways (ANA) with Pikachu and Articuno. They released a set of cards featuring the two flying. Take that for trivia night. 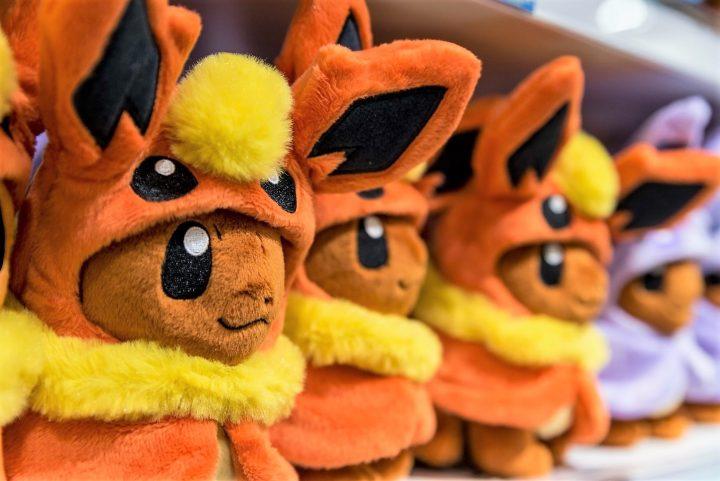 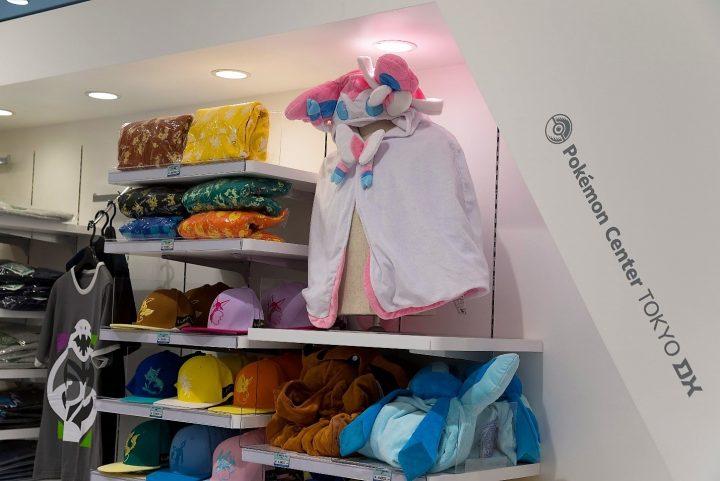 For all your back-to-school clothes. 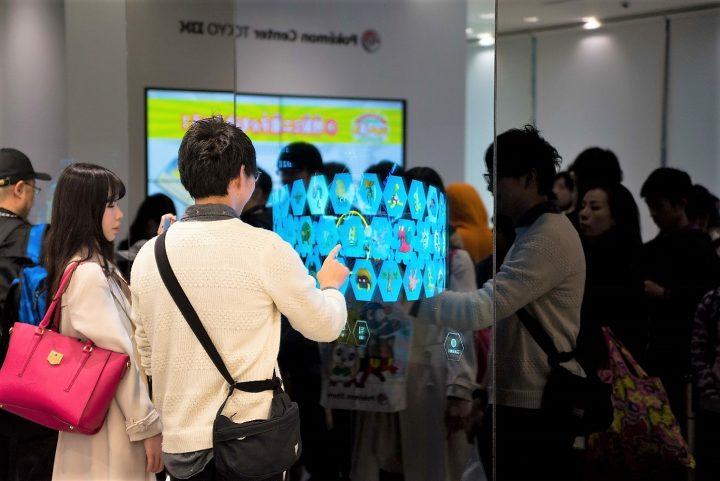 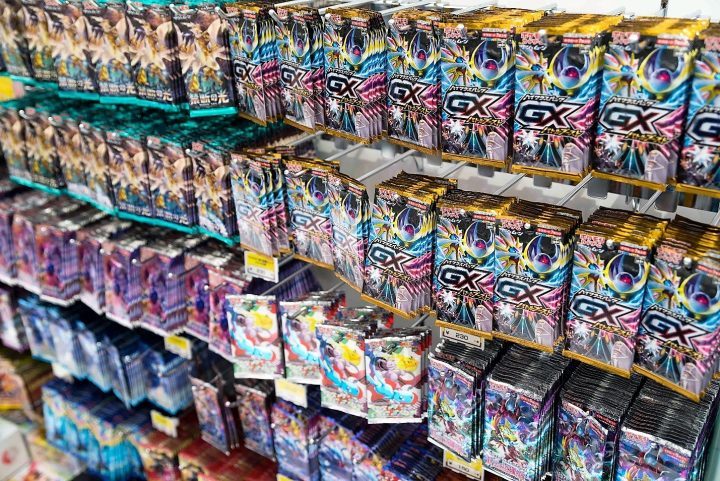 The packs are slightly different in Japan. While most cards overseas come with 10 cards, in Japan they come with 5-6. Prices reflect that, with most packs going for around 150 JPY. The Pokémon Center only sells Japanese card packs, but there are a handful of shops in Akihabara that have English cards available.

The main difference between the Pokémon Center in Ikebukuro and this new shop in Tokyo is the café. They don’t accept walk-ins, and seats quickly sell out (at the time of writing). Do let us know if you’d like to visit when booking. 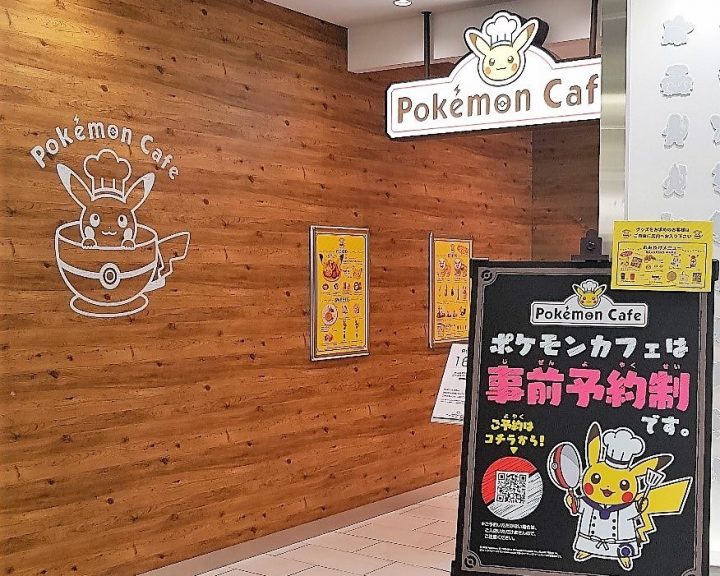 You didn’t think you’d get normal food here, did you? 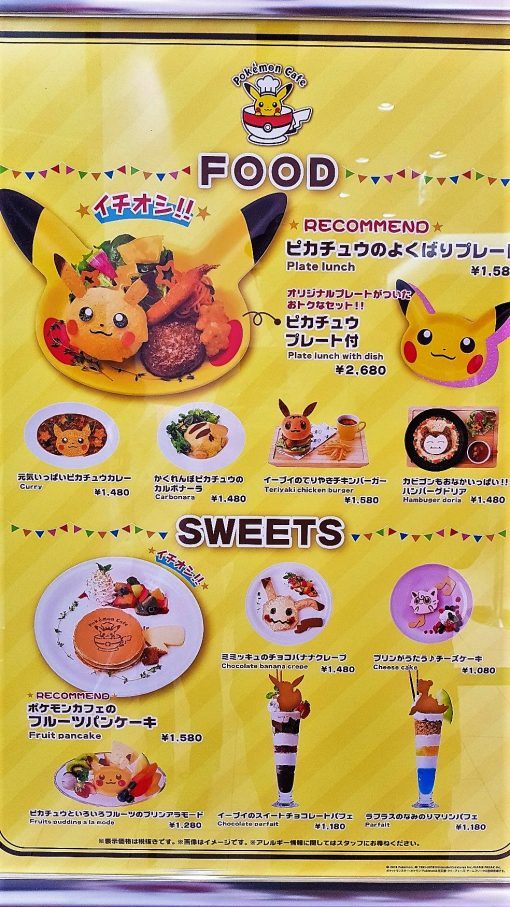 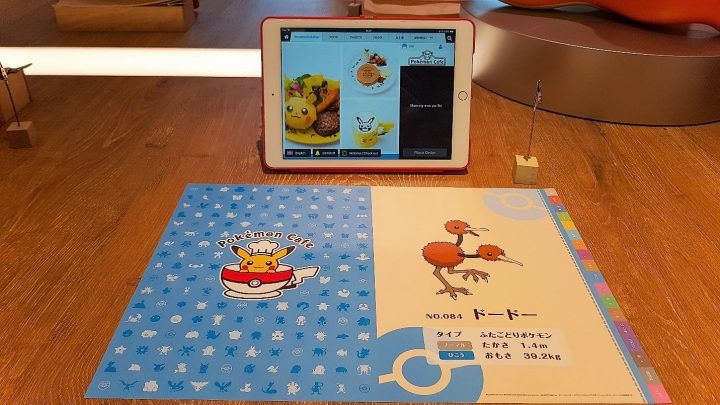 Every seat has an iPad (can be switched to English) for ordering and each placemat has a different Pokémon on the menu. If this corresponds to a prize, I didn’t win it! 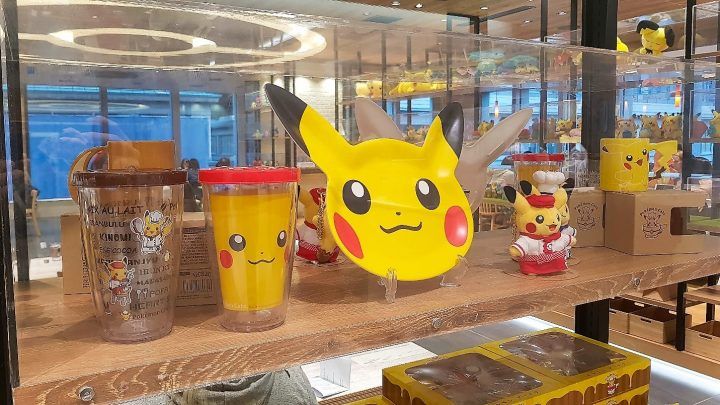 All the merchandise you can fit in your suitcase. 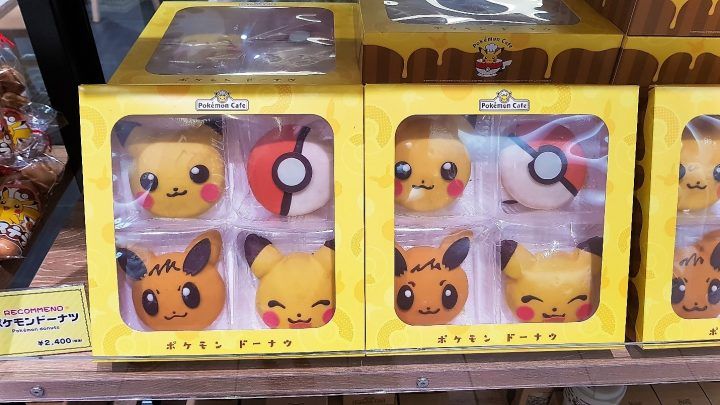 If you can handle eating these adorable donuts, they’re yours! 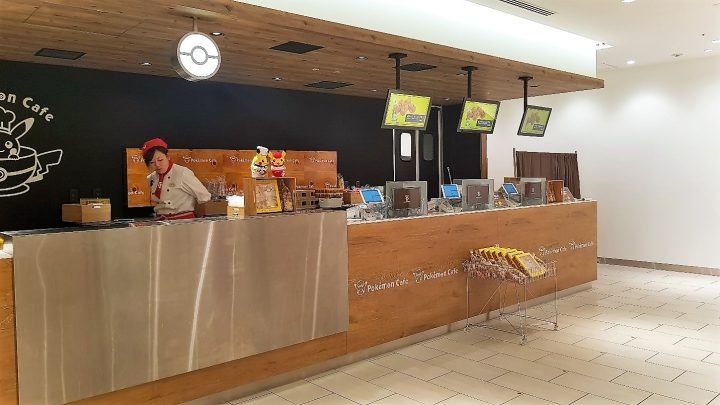 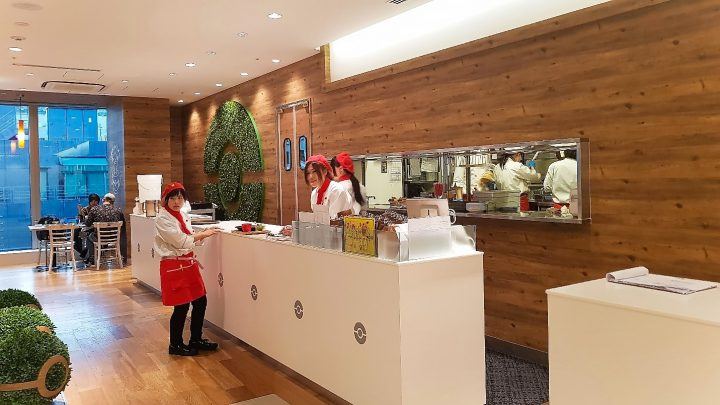 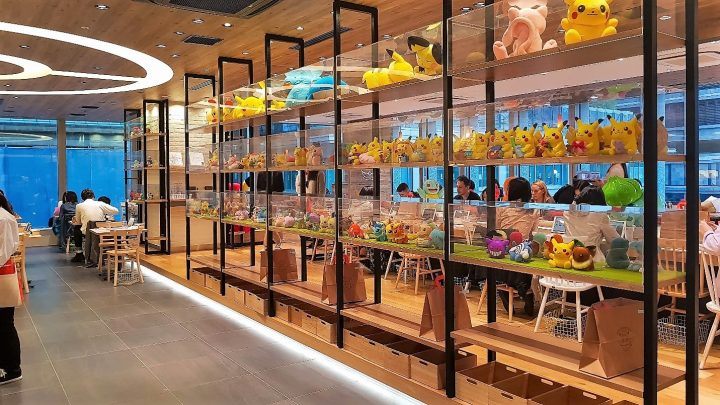 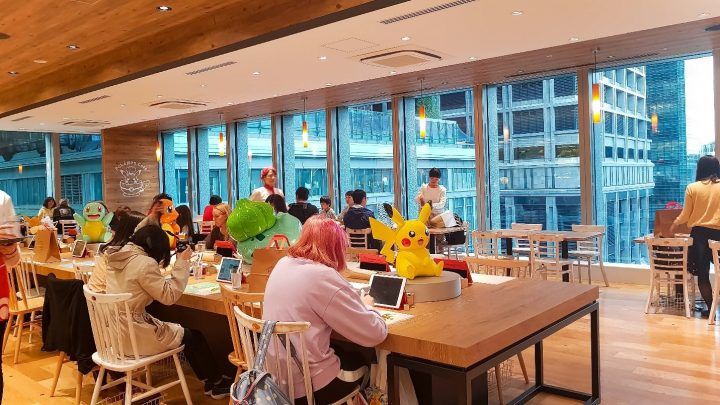 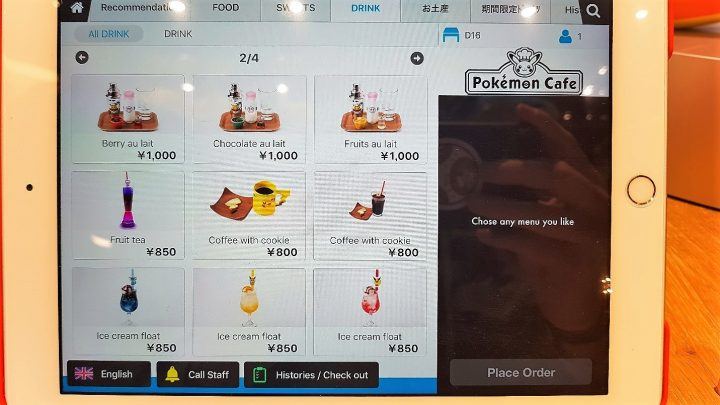 Did you know that Tokyo has the highest density of Michelin-starred restaurants in the world? This isn’t one of them. 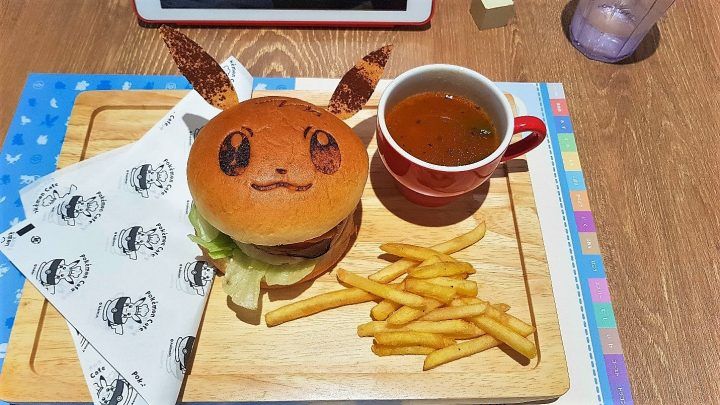 I felt like a monster eating this ridiculously cute Eevee, but some sacrifices must be made for a blog piece. 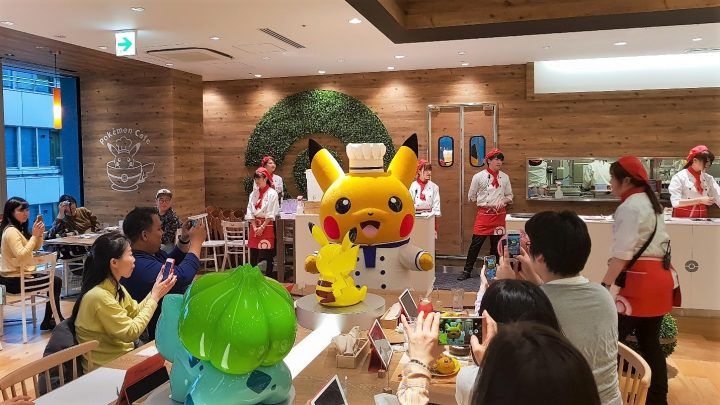 Chef Pikachu makes an appearance – he walks around the shop and dances a bit and let’s you take pictures with him. 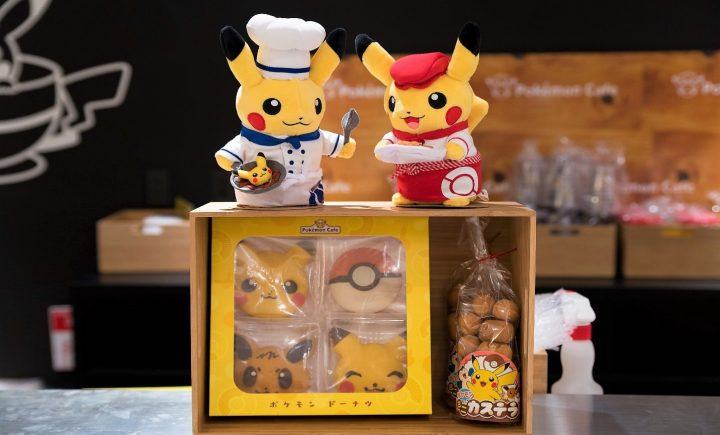 I hope you enjoyed this photo walk through the newest Pokémon Center in Tokyo – see you there in the future!

Get in touch with our team to plan your otaku themed trip to Japan, or check out our J-Pop and Go  Small Group Tour for all things kitsch and kawaii.

If you’re based in the UK, come and say hello to us at HYPERJAPAN in London!