Skip to content
Thank you for signing up!
Subscribe to our Newsletter
HOME » Blog » Tokyo with a toddler: Four top tips

My wife and I lived in Japan for three years before moving to Australia, and I travel back most years so like to think I know it pretty well. With toddler in tow it wasn’t quite the worry-free visits of our pre-parenting days, but we had an amazing two weeks and our little one loved it.

He quickly picked up words like onigiri (rice ball), shinkansen (bullet train) and even Anpanman, the number one cartoon hero to all Japanese 2-year-olds. Food wasn’t a problem either – he delighted in slurping his noodles, and tried a bite of pretty much anything!

Planning a trip to Japan with a toddler is definitely possible, but these tips might make life a little easier.

This could be said for any holiday. A variety of activities were important to keep him entertained, but we didn’t want a whole holiday of child-friendly options. For a good compromise, mornings were set aside for “grown-up” sightseeing, while we spent afternoons at children’s attractions.

In between this, lunchtime gave him the chance to test his taste-buds on something new and nap-time gave us a couple of hours to ourselves. We took it in turns to take him for an early morning stroll; the daily “ohayo” (“Good morning”) from the locals, which he managed to master, was a really uplifting start to each day. 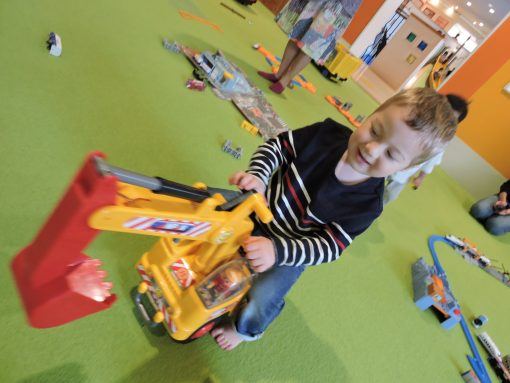 Most toddlers love soft play areas, playgrounds and kiddie parks. A small but perfectly formed indoor playground in Shibuya with amazing views of skyscrapers from the sandpit, and a free indoor play-area in the centre of Kyoto were highlights.

They were all welcoming and spotlessly clean – in one place they seemed to follow the kids around, dusting each toy after they played with them ready for the next child! It’s particularly sweet when they roll out a mechanical musical organ four times a day for the kids to have a sing-along.

3. Pram versus sling – learn to alternate

The endless debate, and a very relevant one in Japan. Many stations, shopping centres, temples and shrines have a lot of stairs, but the convenience of a pram meant resigning ourselves to the “find the lift/elevator” treasure hunt. While stations in Japan do have lifts, it eats up time trying to find them and then waiting for space to jump in.

Most days we carried our son in a sling, but he is on the verge of being too big for it, so while we were able to whizz through stations and hop on escalators, we needed plenty of time to sit down and refuel. Alternate pram and sling days, and plan them accordingly. Be sure to rule out department stores on pram day! You may spend your whole holiday waiting for a lift.

4. Remember that being in Japan is an exciting experience for toddlers 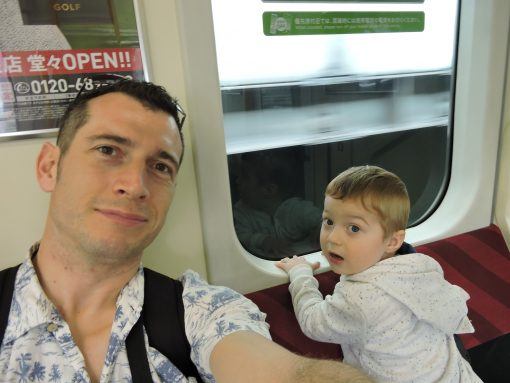 There is always something new to see or hear in Japan, and our son found pleasure in things that we, as adults, hadn’t even considered; cuckoo noises in stations, video adverts on giant TVs and Tokyo’s trains were easy entertainment.

A favourite memory is of him waving with delight as each shinkansen arrived then departed at Shinagawa station in Tokyo. The drivers and conductors have a soft side that you don’t often see, and many of them happily waved back. I’ll never forget how he christened underground trains “wombat” trains – digging their way through the tunnels of Tokyo – you can take the boy out of Australia! 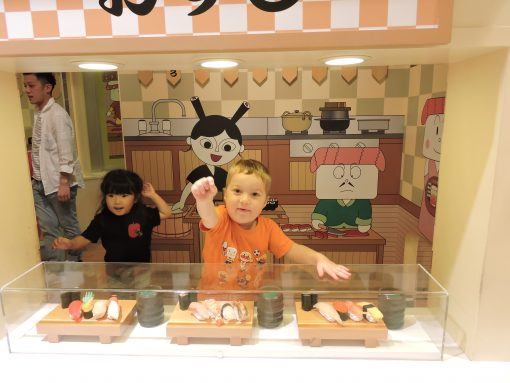 To take a trouble-free vacation to Japan with a toddler, get in touch with our team.