Skip to content
Thank you for signing up!
Subscribe to our Newsletter
HOME » Blog » Top 6 food and drink festivals in Japan

Japan stands out as a must-visit destination for so many reasons… stunning scenery, slick technology and a culture unlike any other. But for many, the biggest draw is undoubtedly the food.

Sushi-lovers salivate over the freshest seafood in the world, the snap-happy marvel at intricate kaiseki dishes, exquisitely presented in lacquer-ware… and the health-conscious? They can breathe a sigh of relief too – Japanese food is amongst the most nutritious in the world. Much like everything else, when it comes to cuisine, Japan has pretty much nailed it. 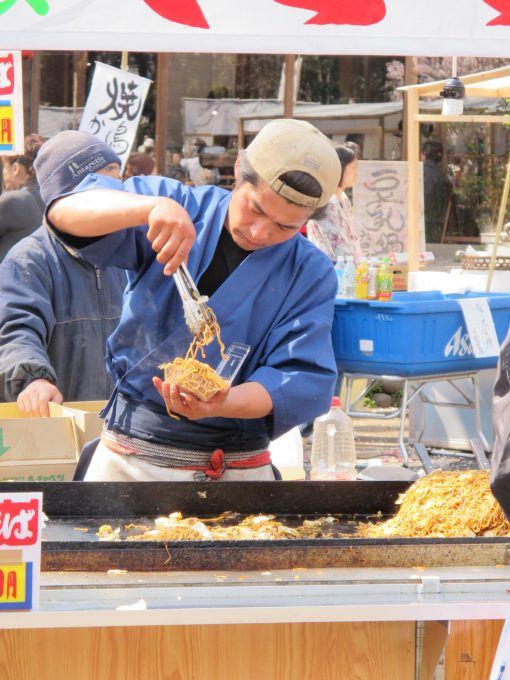 So if you’re one of those people who goes on holiday to eat… and eat… and eat, you won’t be disappointed. After all, Tokyo is the city with more Michelin stars than anywhere else in the world.

We can point you in the direction of the best restaurants in every corner of Japan, but there’s only one way to know for sure that you’re experiencing the best of the best… try it all of course!

Here’s our guide to the best 6 food and drink festivals you can visit in Japan this year.

Food and drink festivals in Japan 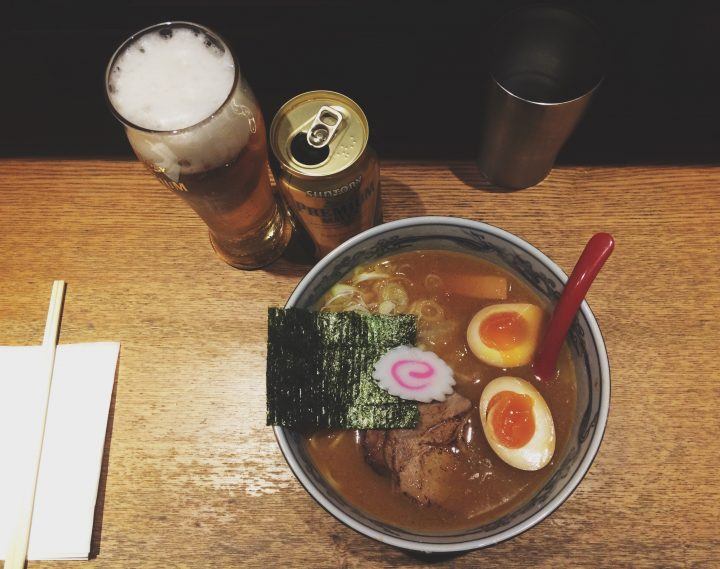 One of the first things you should try when you touch down in Japan is ramen; a steaming bowl of noodles drenched in a thick, rich broth, laden with juicy meat and topped with a soft-boiled egg. Japanese comfort food at its very best.

Whilst there’s no shortage of incredible ramen restaurants to try in Tokyo (trust us – our insiders have tried and tested the very best), there are a surprising amount of variations of this simple dish. If you want to count yourself a true ramen connoisseur, there’s only one place to go – the Ramen Expo in Osaka.

Started in 2013, the festival is still in its infancy, but its popularity is increasing rapidly. Some might be dubious about an outdoor event in December, but rest assured a few warming bowls of ramen will have you nice and toasty in no time.

When: Every Friday – Sunday throughout December
Where: Expo Commemoration Park, Osaka

Hokkaido is widely (and wrongly in our opinion!) thought of as a winter destination. Indeed, Sapporo is best known for its winter snow festival; an annual extravaganza of snow and ice sculptures. But few people realise its annual summer beerfest is just as enjoyable.

From July to August every year, Odori Koen, the park which runs through the heart of the city, is transformed into one huge beer garden for the Sapporo Summer Festival. Each of Japan’s major brewers set up a bar and outdoor seating area, and an international tent provides a wide selection of brews from around the world.

For anyone looking to enjoy a taste of Japanese urban life, there are worst places to be. Beer and sunshine – works for us! 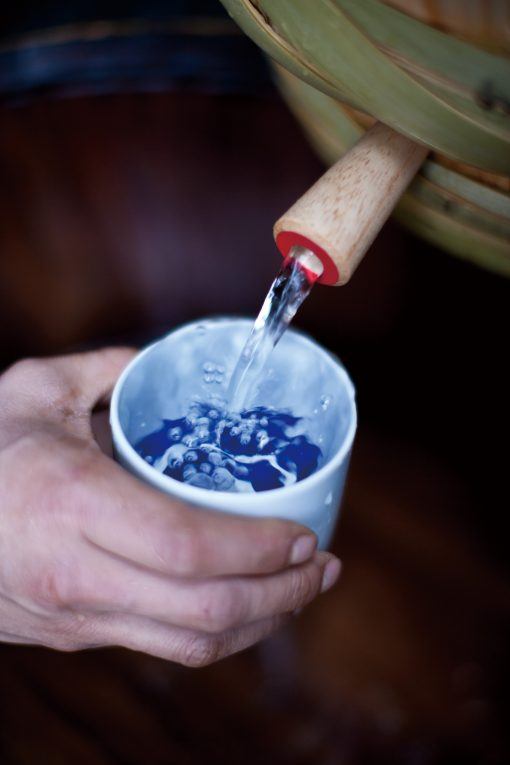 If you like a drop of the clear stuff, this is the festival for you. Sake has been produced in Saijo, near Hiroshima, since 1650 and with over 10 traditional breweries, it’s renowned as one of Japan’s leading sake brewing towns.

Every October, Saijo hosts a sake festival where visitors are free to walk from brewery to brewery sampling various types at each one. On entry you are handed a tiny sake cup, which can be refilled at any of the stands… you are on holiday after all. Kanpai (cheers)!

When: The second Saturday and Sunday in October
Where: Sanjo Town, nr Hiroshima

Most visitors travel to Hiroshima to reflect upon the devastation caused by the atomic bomb. But after travelling to the museum and Peace Park, it’s worth experiencing the vibrancy of the city today, including the impressive food scene.

Okonomiyaki (a savoury pancake) is a local speciality, but this area is also known for fresh oysters. There’s an abundance of oyster farms around Miyajima Island, just off the coast of Hiroshima, and for two days every February, a festival is held in celebration of the mighty aphrodisiac.

Not keen on raw oysters? Not to worry, amongst the offerings are oyster dote nabe (hot pots), hot oyster stews, and oyster okonomiyaki washed down with cups of hot sweet amazake. Delicious. 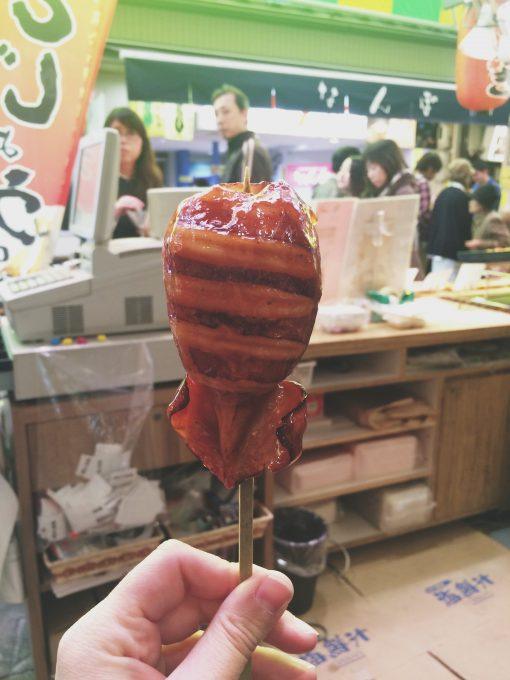 If you are in Tokyo in March and seeking a little respite from the eager sakura-fawning crowds, you might like to check out the two-day Furasato Food Festival in Yoyogi Park.

This festival brings together the very best of Japanese food and offers an opportunity to try a whole host of regional specialities, without leaving the city limits. Held in the Tokyo Dome there’s no escaping the crowds, but with offerings ranging from sake to sashimi, and donburi to craft beer, at least you’ll be well-fuelled to pitch in with the masses.

When: Mid-March
Where: Yoyogi Park, Tokyo 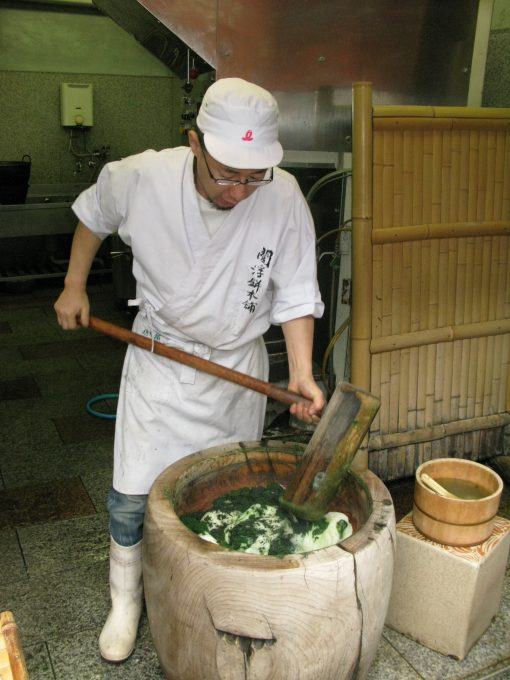 Whilst you may be more familiar with spending the days between Christmas and New Year (twixmas) slumped in front of the television in a turkey/alcohol/chocolate-fuelled stupor, the scene over in Japan is quite different.

In the days leading up to New Year, the Japanese spring into action pounding rice to make mochi (rice cakes), a speciality traditionally eaten at New Year. Making mochi is a pretty laborious process that usually spans a couple of days and involves multiple people, so many local communities seize this as an opportunity to have a bit of a knees-up.

In fact, this celebration has become so ingrained in the social calendar that many see mochi-tsuki as much an iconic symbol of Japan as sakura and sumo. Grab your wooden mallet and get involved!

When: 25th-31st December every year
Where: Throughout Japan

If you want to time your trip to Japan with one of these food and drink festivals, check out our When to Travel guide for the very best events throughout the year.

Get in touch with our team to start planning!