Skip to content
Thank you for signing up!
Subscribe to our Newsletter
HOME » Home » A photographer’s diary of Japan

After tying the knot, photographer Dan and his wife Sophie travelled to Japan for the ultimate, unforgettable honeymoon. Here are just a few of his amazing snaps from the trip. 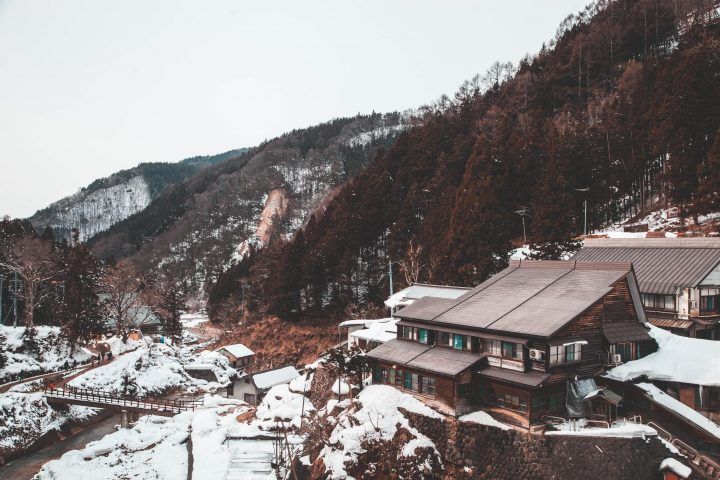 My wife, Sophie and I have always wanted to go to Japan but never had the chance, so when we started thinking about a special place to go for our honeymoon it seemed like the obvious destination.

We’re normally the sort of people who like to plan every element of a trip ourselves, but after doing a bit of research and being overwhelmed by information, as well as planning a wedding at the same time, we decided to get some help.

We spoke to a few different companies but chose Inside Japan after a glowing recommendation from a friend. I’m really glad we did – they were flexible, insightful and didn’t try and rush us into any decisions. The instructions they provided for our countless train journeys were so, so helpful.

Japan through the eyes of a photographer

We had 10 days in Japan, and tried to fit in as much as we could, starting in Tokyo. Our flight wasn’t too bad, but I’m not a great sleeper on planes, so the first day was a relaxed one where we explored Asakusa and a bit of Ginza. Our hotel was located next to Tokyo’s oldest temple Sensō-ji and the view as we walked to it gave us our first view of Tokyo’s mix of old and new. 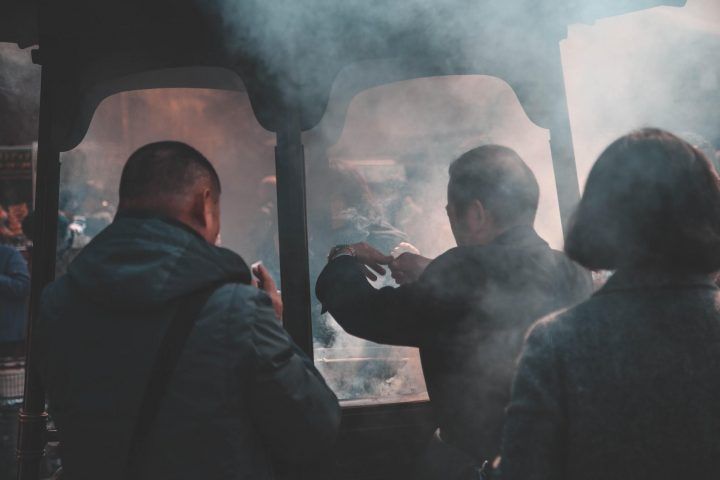 The path between Sensō-ji and Thunder Gate (Kaminarimon) was busy every time we walked down it. 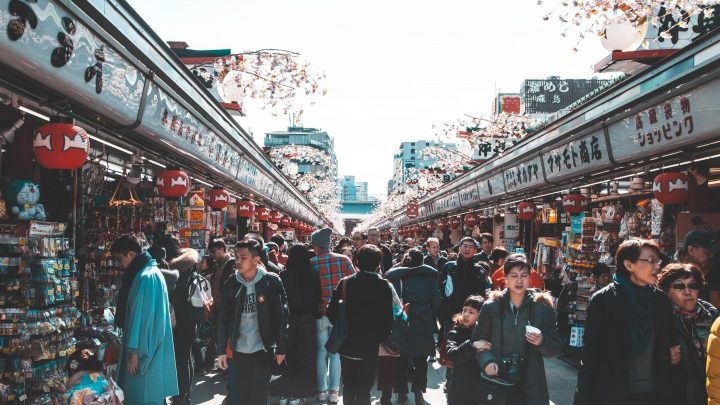 Later on that day we took the metro to Ginza for a look around the 12 storey Uniqlo store, and to see some of the city at night, before we returned to Asakusa and got a very early night. 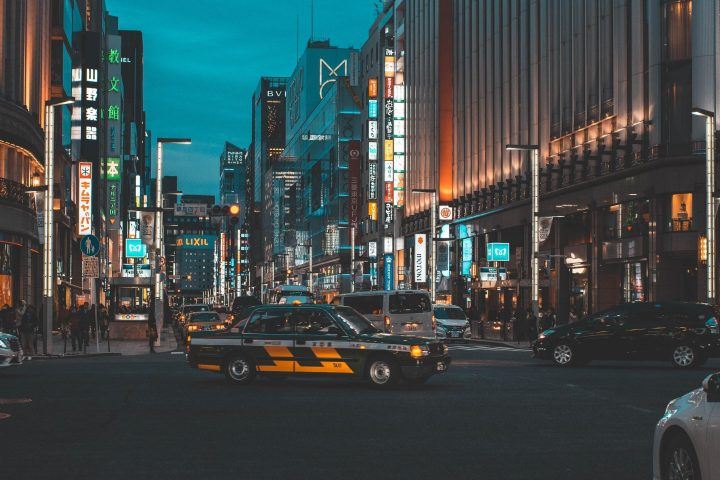 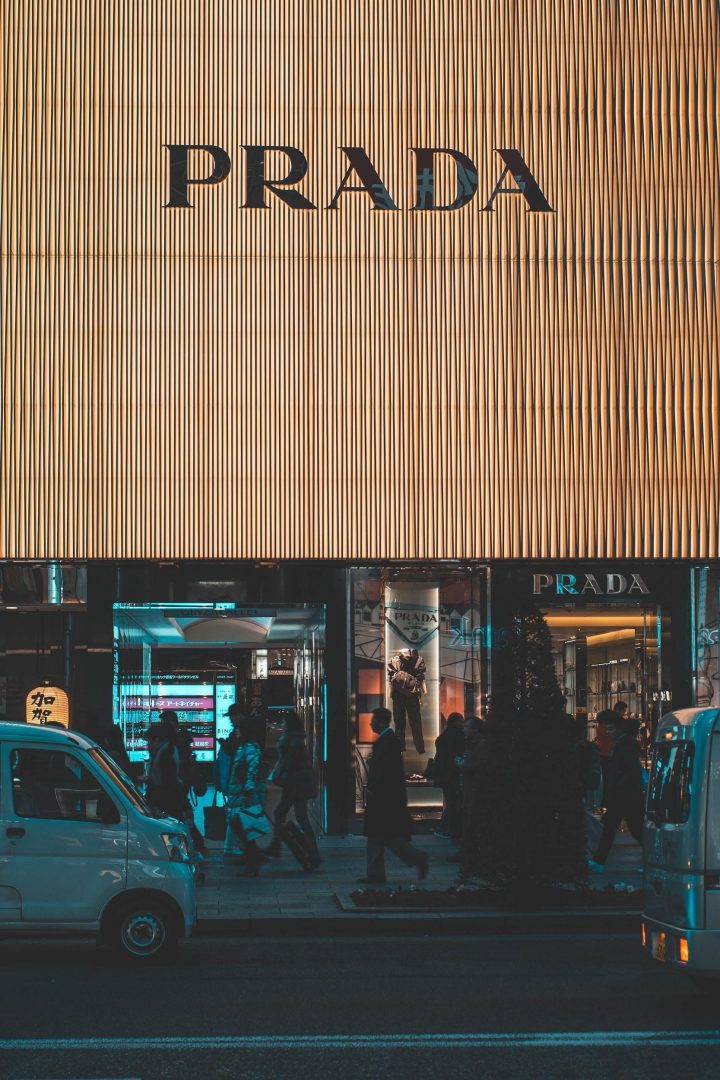 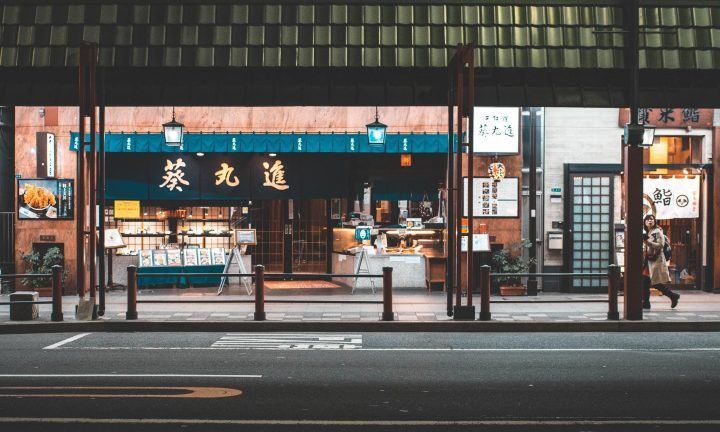 Our second day saw us complete the Tokyo Mystery Game which Inside Japan set us. I won’t share too many photos of this, as I don’t want to ruin it, but it gave us the chance to explore some more temples, and walk across a pretty famous pedestrian crossing. 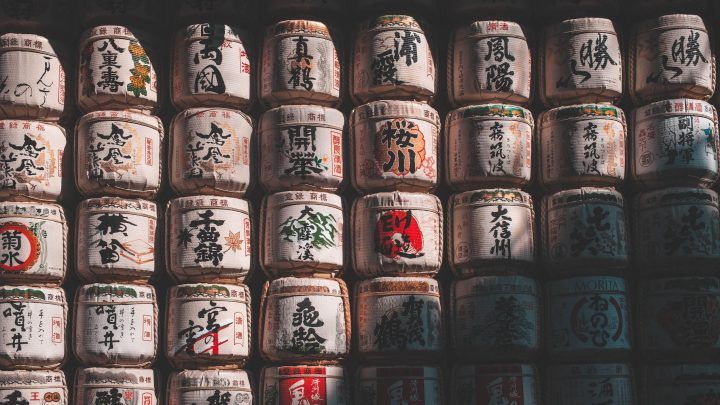 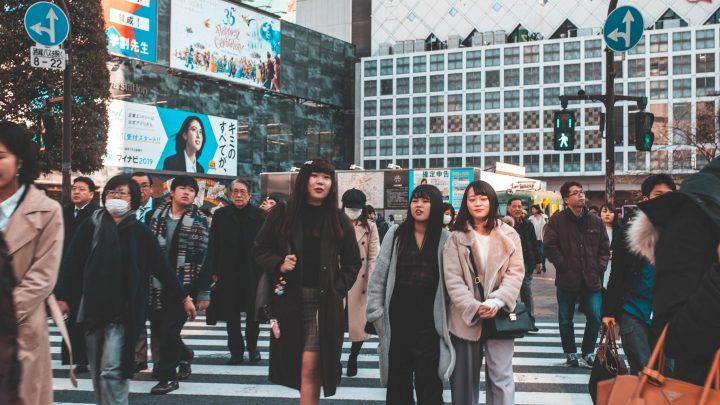 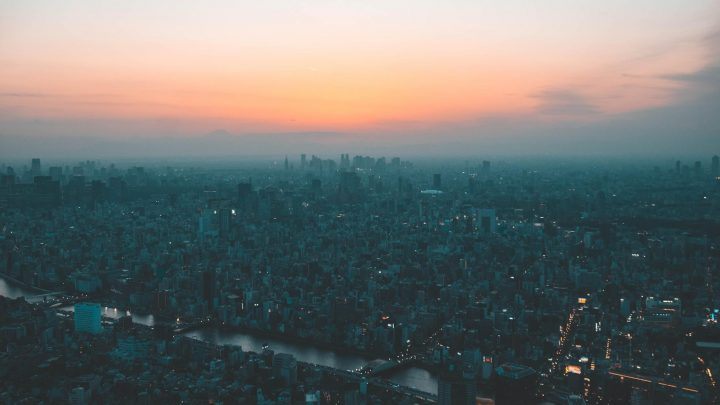 The next morning, we left Tokyo and took several trains to get to Yudanaka Onsen aka Snow Monkey Town. By the final train it was obvious that we were heading in the right direction with the train announcer announcing ‘SNOW MONKEY!’ gleefully every 5 minutes.

The journey itself was picturesque, and it was lovely to see a rural side of Japan after spending a couple of days in the capital. Likewise, the ryokan we stayed in was a contrast to our Tokyo business hotel: 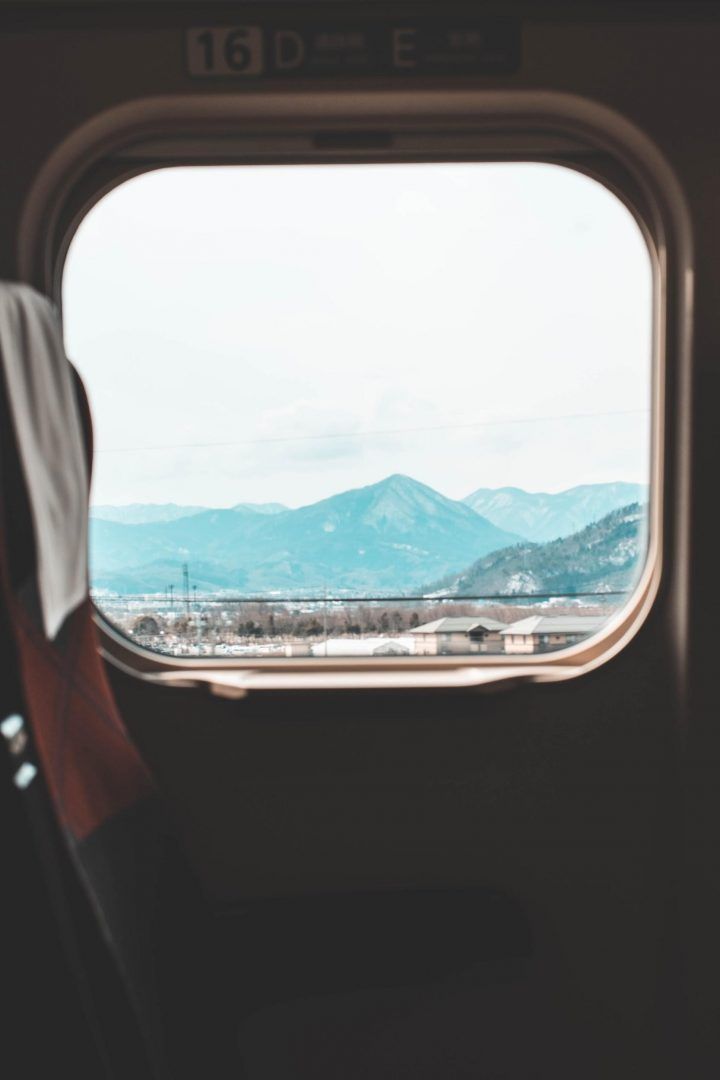 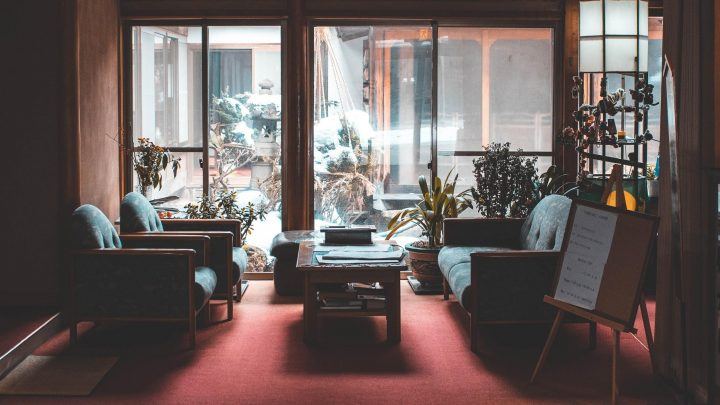 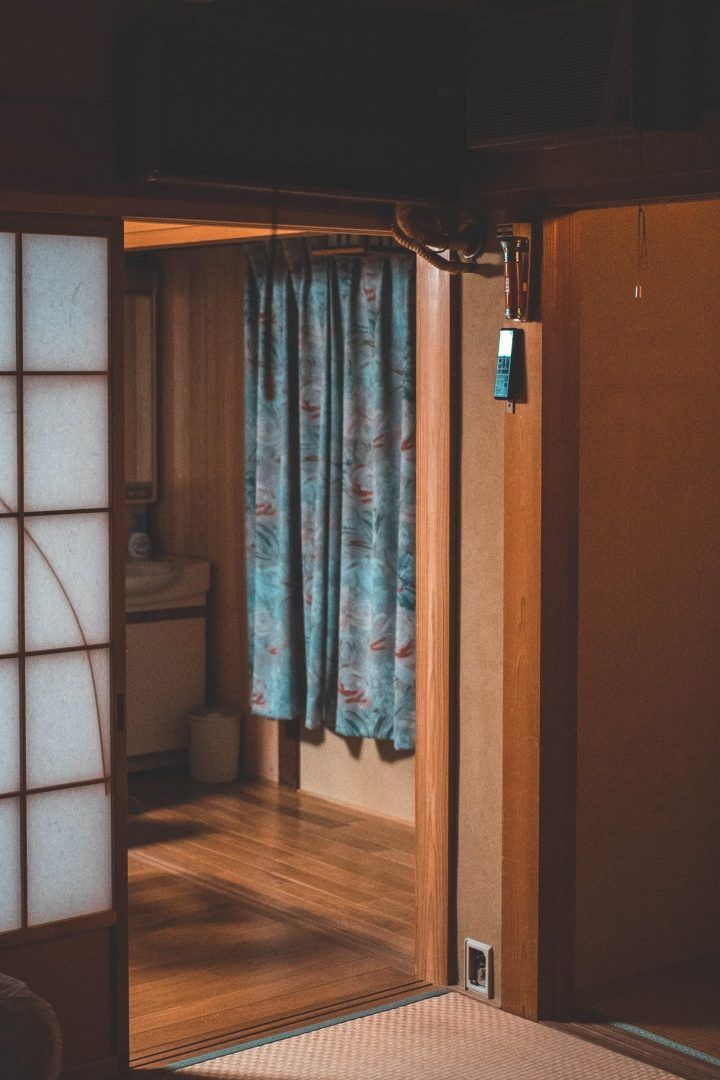 The owner of the ryokan very kindly drove us up to the Snow Monkey car park, where it was just a slippery 2km walk in the snow to see the animals themselves. I wore trainers, which was an unwise decision, and I’d recommend boots or walking shoes if you’re going to do this journey. It was worth it once we got to the top, though. 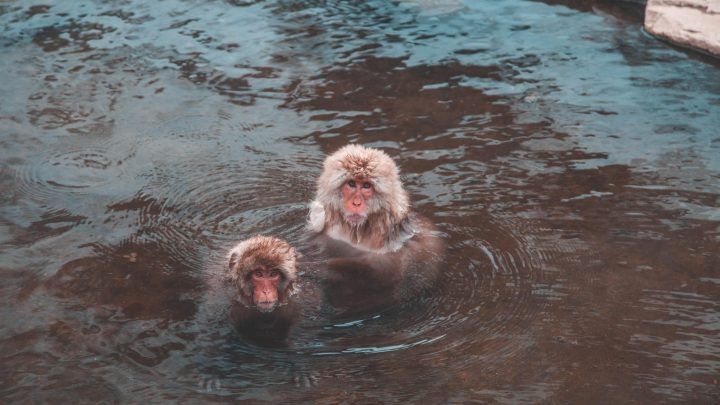 When we got back to the ryokan, the owner had laid on a huge feast for us consisting of fresh fish, pickled vegetables and lots of local delicacies. 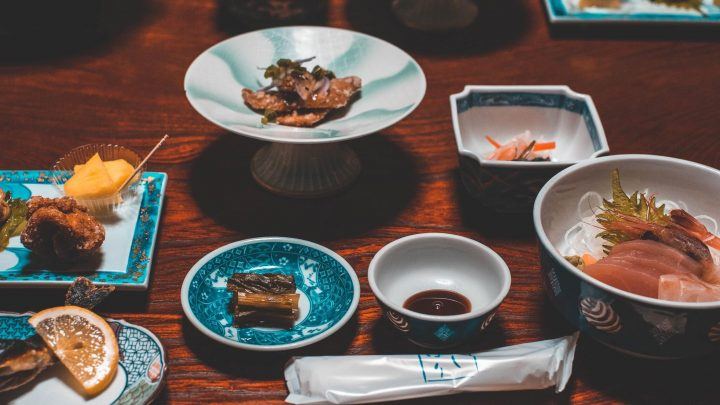 And she even surprised us with a congratulatory cake because it was our honeymoon. Japanese hospitality is unlike anything else I’ve experienced. The next day, we woke up early, picked up some train snacks from the 7-11 and got back on the train to get to Kyoto. 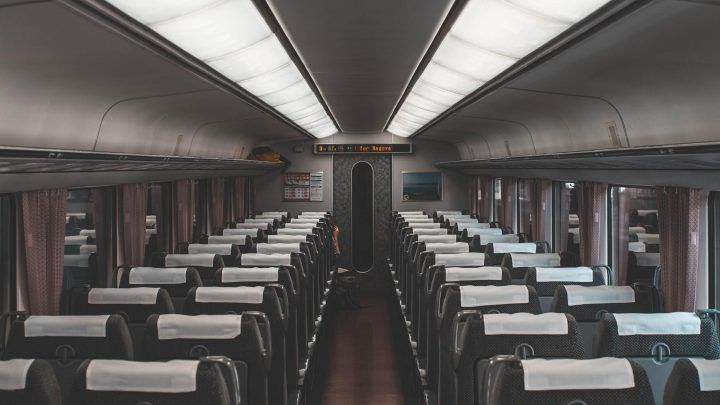 The Kyoto metro system is a little less straightforward than Tokyo’s, so it took us a few minutes (and a couple of mistakes) to get to our hotel, and as soon as we got there it was time for us to rush off to our Geisha tour of the Gion district.

Our tour guide was fantastic – knowledgeable, enthusiastic and so energetic. I think we were both sad when the two hours was over. We spotted three Geisha, although I wasn’t quick enough to get any photos of them. 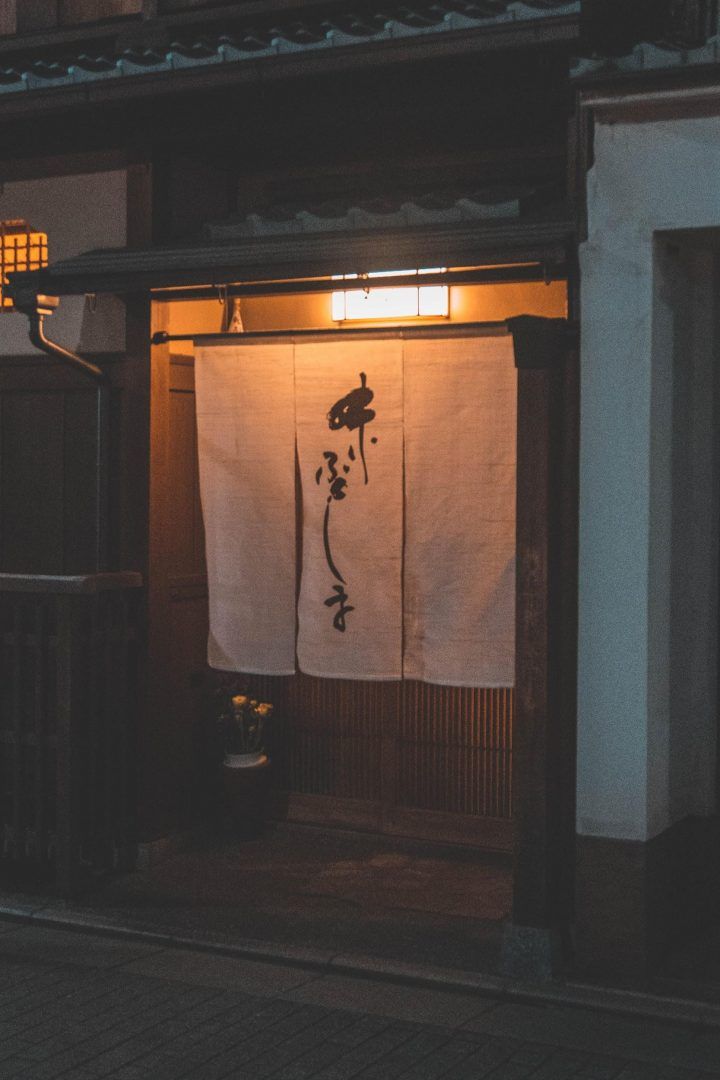 Our second day in Kyoto was a chance for us to explore the city a bit more, so we headed straight for the Instagram hotspot – the Fushimi Inari Shrine. 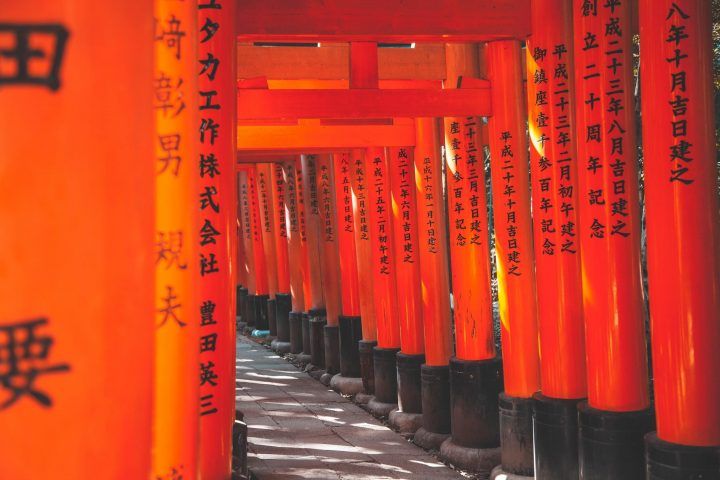 After exploring as many of the 10,000 gates as our feet could manage, we grabbed some street food and headed to our tea ceremony in central Kyoto. 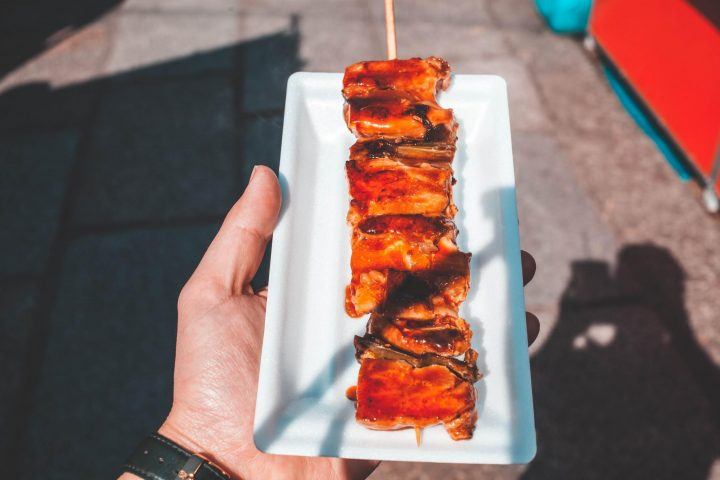 Unfortunately I didn’t get any images from the tea ceremony – the ceremony itself is steeped in tradition and isn’t supposed to be photographed. Sophie was much better at making matcha tea than I was. I think this was also the night we did karaoke in Kyoto, but the videos from that are too embarrassing to share! We didn’t have anything booked the next day, so took a short train to Nara to see the deer and the giant Buddha statue. 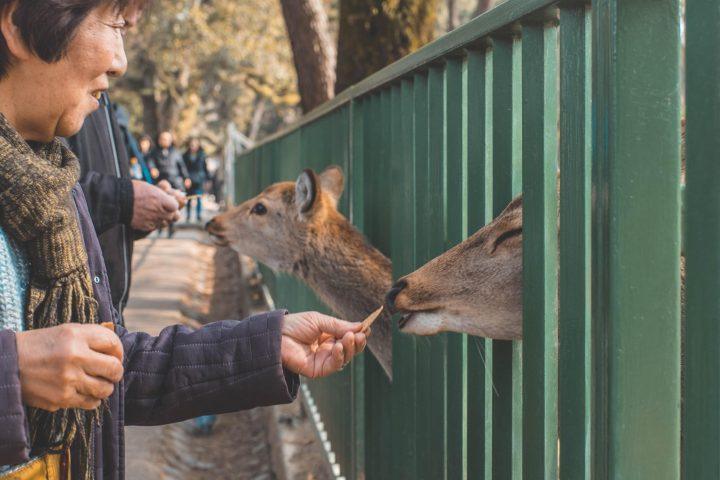 The deer bow to you before you feed them, which has to be seen to be believed. Be aware that they can be a little bit boisterous – I got headbutted softly in the back and my wife got bitten on the leg because we were feeding them too slowly! 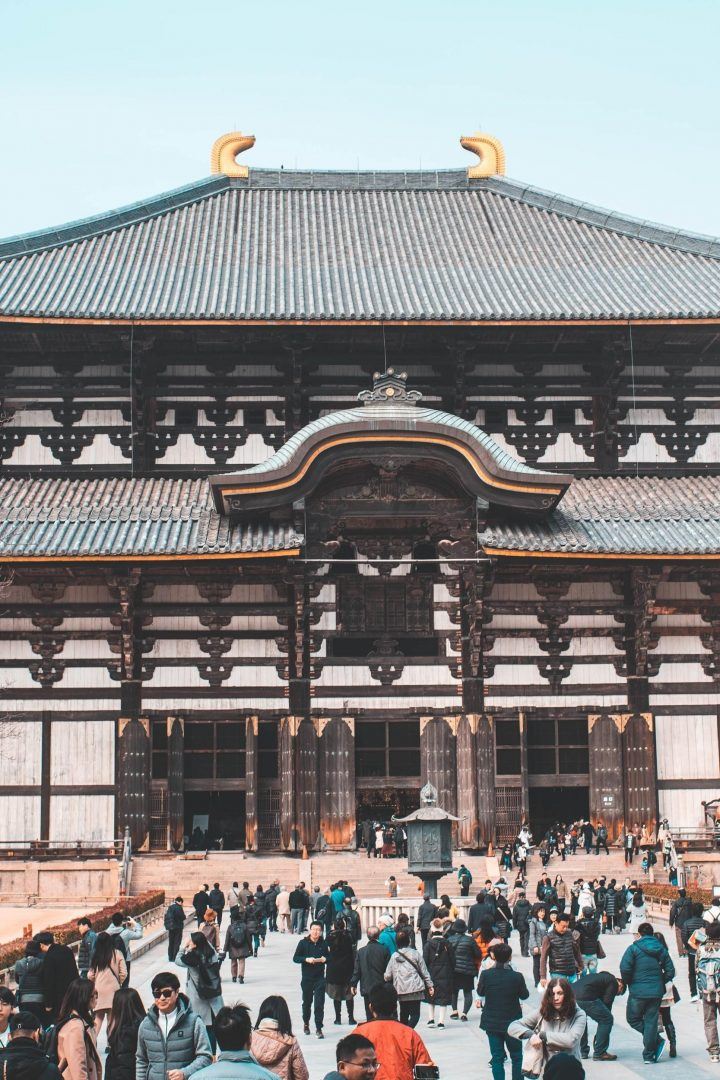 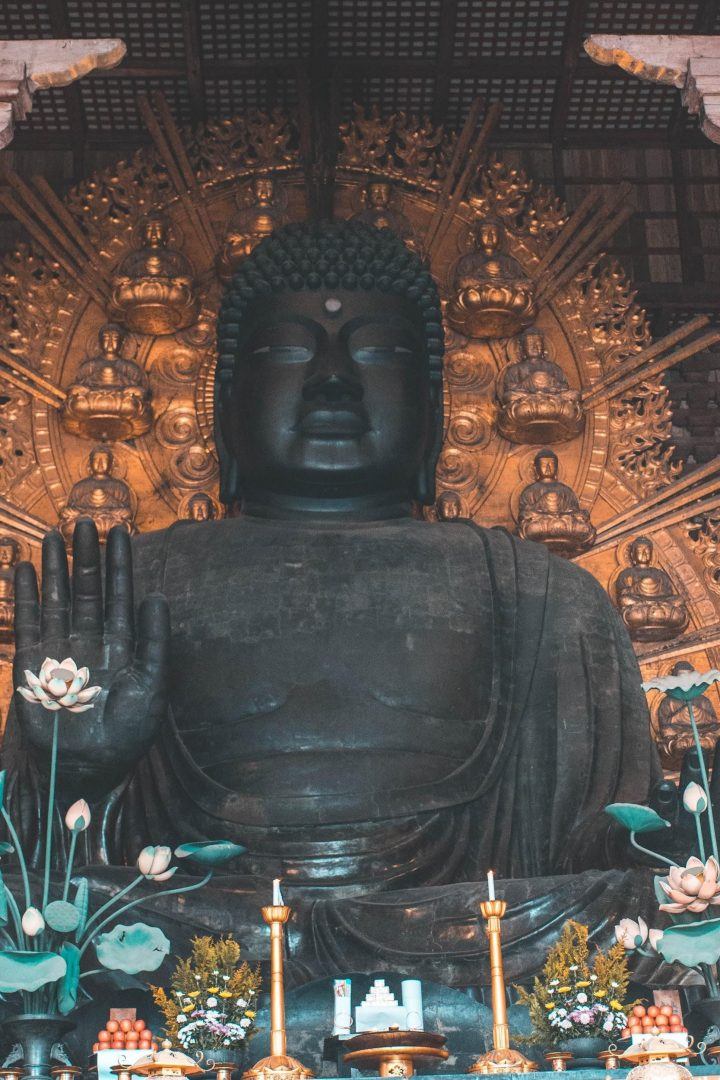 After our trip to Nara, we returned to Kyoto and ate at Ramen Sen No Kaze; I cannot recommend this enough. It’s a tiny restaurant that only seats a handful of people at a time, but it has ruined all other ramen for me forever – without doubt, the best ramen I’ve ever eaten (and I’ve had a lot). 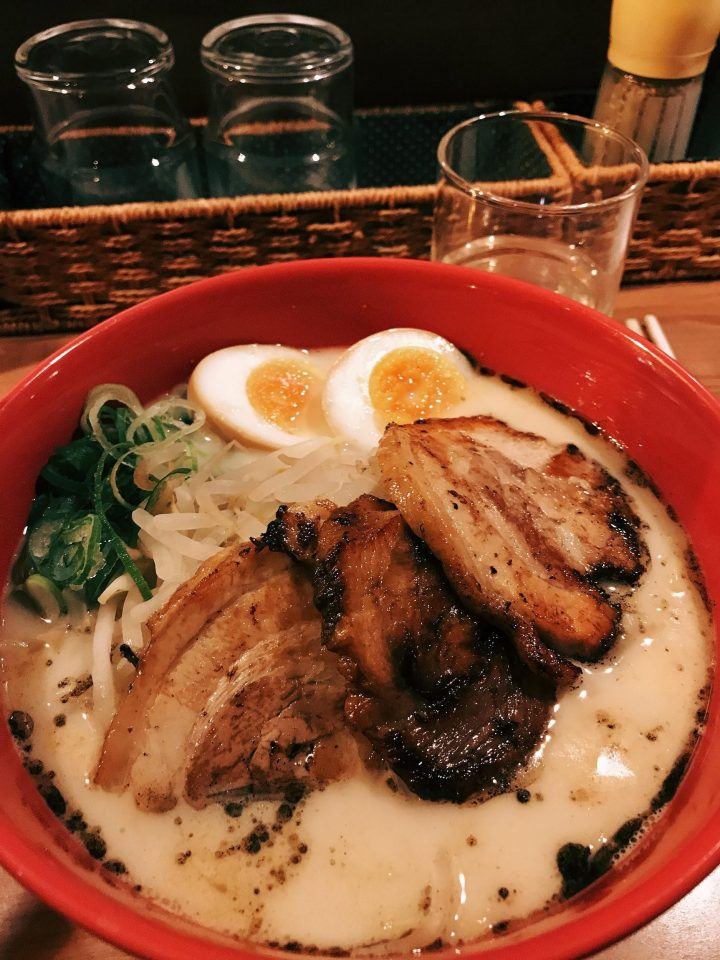 The next part of our trip involved a lot of travelling from Kyoto to Mount Koya. Unfortunately due to weather damage the train line and cable car had been damaged so we had to take a few buses instead. Still, the route was scenic and as usual in Japan, everything ran on time and was pretty painless. 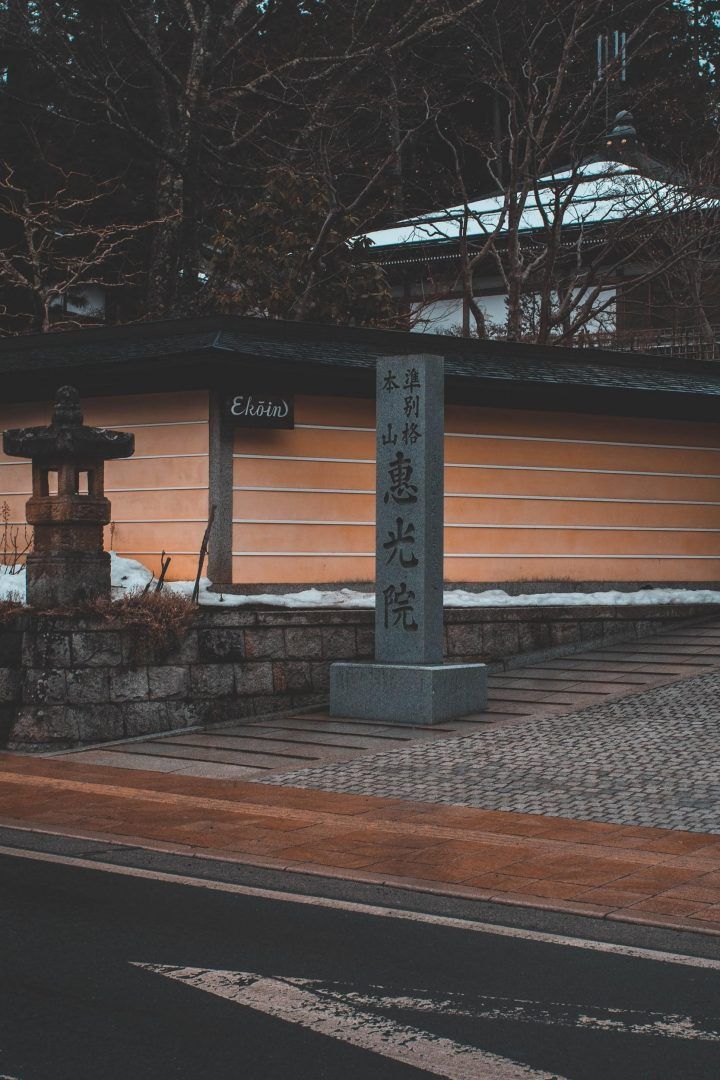 We stayed in a ryokan called Ekō-in, which like most of the accommodation in Koya-san is staffed by Buddhist monks. We meditated, enjoyed a vegan meal and then were given a tour of the huge Okunoin Cemetery by one of the monks. This enormous cemetery was founded by Kobo Daishi, who was a monk, a poet, an engineer and a linguist. 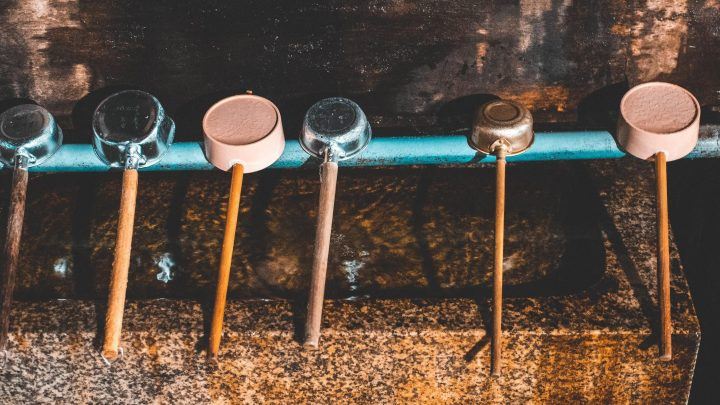 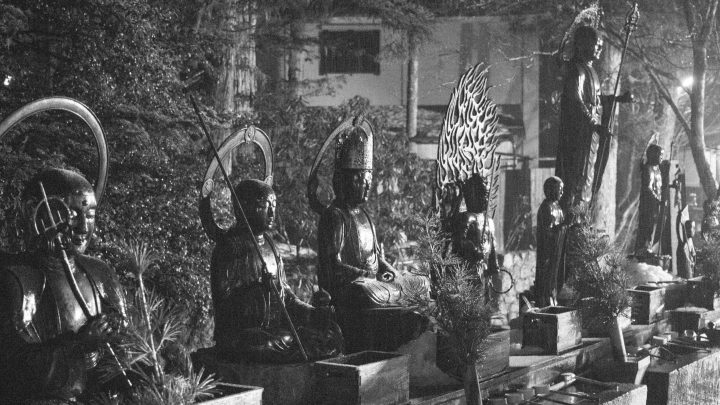 The next morning, we watched the daily fire ceremony where prayers are burned, and started our journey to Osaka – our penultimate stop.

Aside from Tokyo, Osaka was probably my favourite place we visited. It’s trendy, the food is great and the people were super friendly. 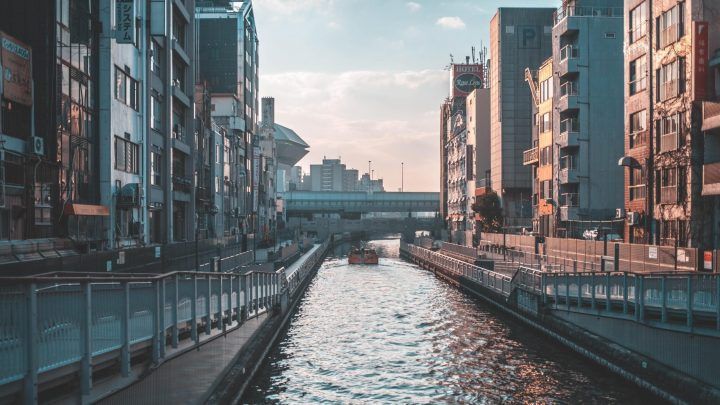 We spent most of our time in Osaka eating and walking around the city taking in the sights, with my personal favourite street food being takoyaki (octopus balls). We picked the stall with the biggest queue, which is a good rule of thumb with street food in any country, and weren’t disappointed. 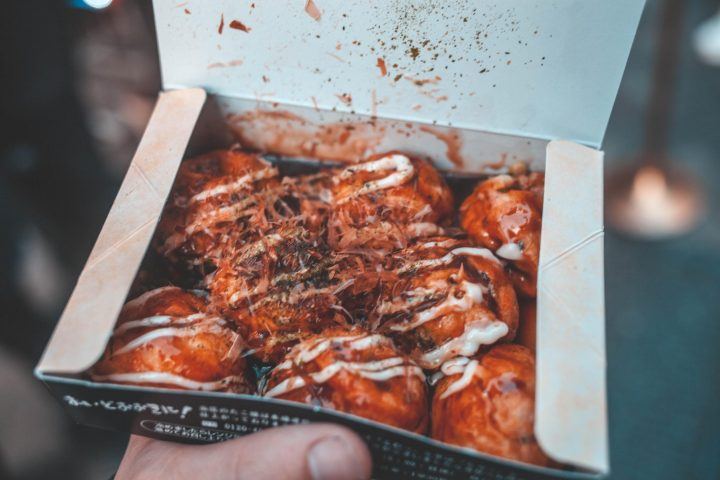 Our last full day in Japan saw us travel back to Tokyo for a stay in Shinjuku – a place we didn’t have time to explore properly during our first stint in Tokyo at the start of the trip. 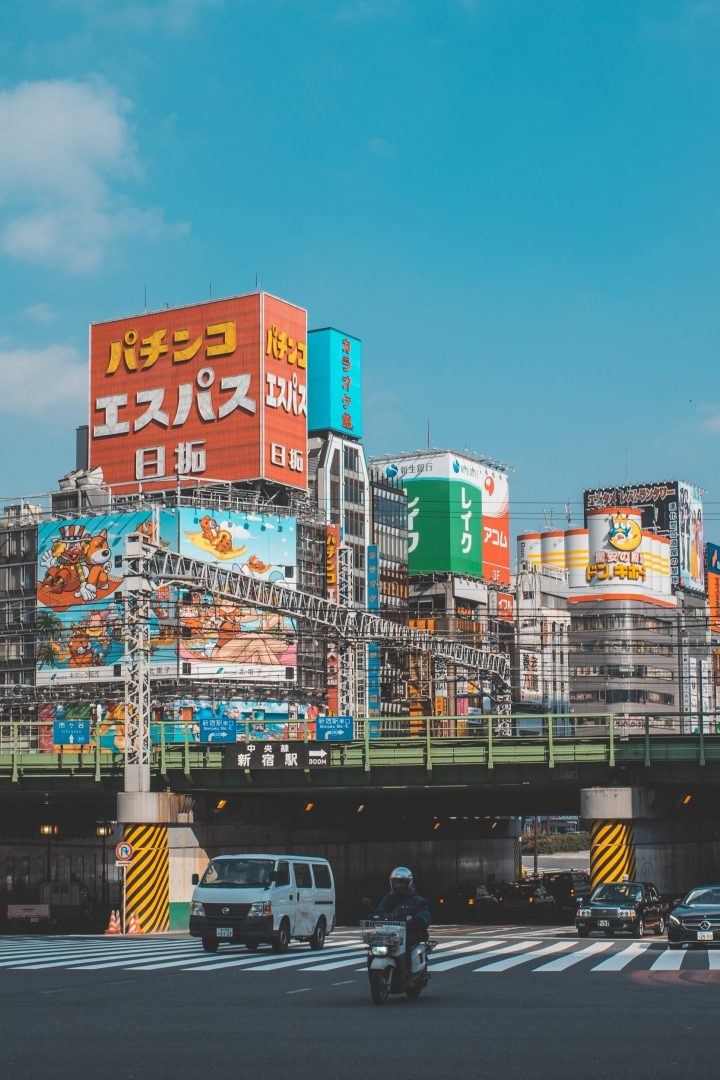 Shinjuku is like all of the fun bits of Tokyo you’ve seen on TV in one place – it’s loud, eccentric and ridiculously busy. I spent the afternoon dragging Sophie around some second hand camera shops and bought an Olympus film camera in fantastic condition. I’m really looking forward to getting the film I shot in Shinjuku developed. 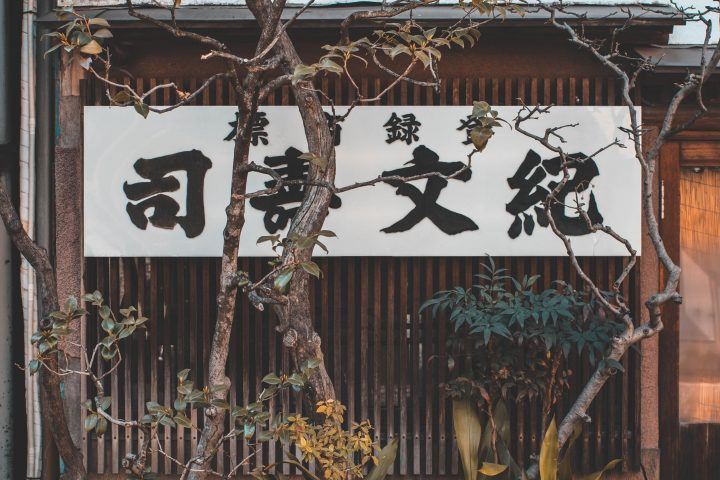 This was easily the best holiday we’ve ever been on, and we’ve already started talking about coming back for one of our wedding anniversaries in the future. If you’re at all interested in Japanese culture and/or photography, you’ll be in heaven, and I can recommend planning your trip through Inside Japan.

All photographs by Dan Coman ©. See more of his striking photography here: www.dancomanphotography.co.uk.

If Dan’s photography has left you hankering for a honeymoon in Japan, get in touch with our team to start planning!