Skip to content
Thank you for signing up!
Subscribe to our Newsletter
HOME » Blog » Food in Japan: 8 dishes you need to try!

Travel consultant, Dan shares his top tips to eat your way around Japan. Get a pen and paper ready – you’ll want to make a checklist.

I believe that Japan has some of the best food on the planet. So much thought, care and love goes into Japanese cuisine, which is probably why Tokyo has more Michelin starred restaurants than any other city in the world.

While I do enjoy refined dishes such sushi or a kaiseki dinner, I love the often overlooked and less refined options. Here is a list of my favourite food in Japan. 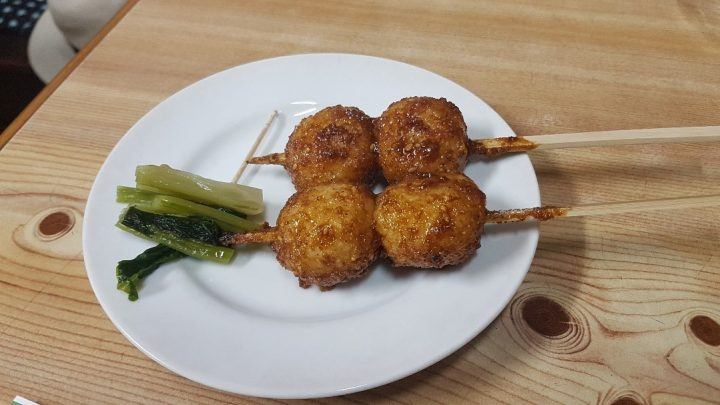 Mochi are small rice balls which have been repeatedly pounded, shaped, and then topped with a flavoured powder or sauce. They can be found all over Japan and are usually served sweet. The texture of mochi is unlike anything found in the West, and they make for the perfect sightseeing snack.

The mochi pictured above are called Gohei Mochi and hail from Nagano prefecture. Gohei Mochi is a little different to regular mochi as the rice is not so heavily pounded; it is simply shaped into a ball and then coated in a walnut, sesame and soy sauce. It is then grilled until it starts to caramelise. You’ll smell Gohei Mochi before you see it. Be sure to try it if you’re walking on the Nakasendo Road. 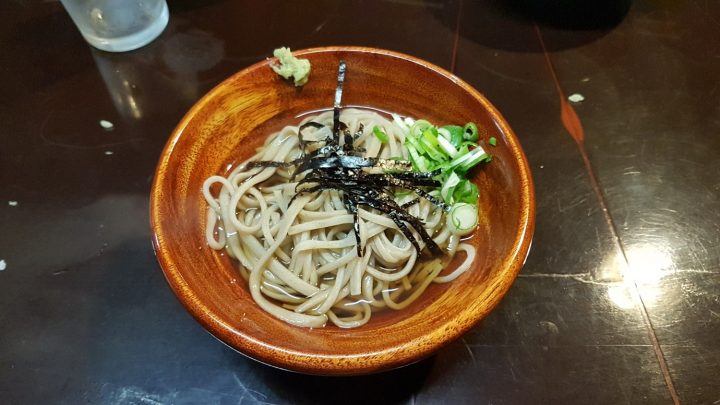 Soba (buckwheat) noodles are a delicious dish in any season. Slurp down a cold bowl in summer, and in winter warm up with the hearty clear broth. Buckwheat flour makes the noodles light, so they’re great for a second lunch or a sightseeing pit-stop. Although soba can be found all over Japan, Matsumoto is particularly famous for it. If you are going to the city, join the experts and try your hand at making some! 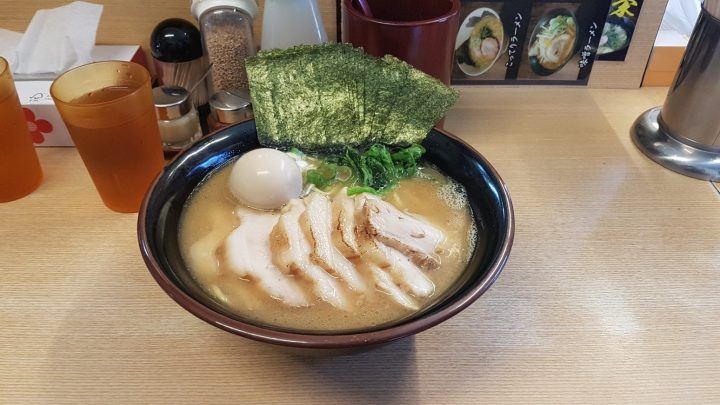 Many hours, if not days, go into creating ramen broth. This warming dish comes in hundreds of varieties, from light, clear soups, to thick heavy broths that pack a meaty punch. The noodles are often handmade, and the best are cooked al dente. Best of all, a standard serving only costs around 700 yen ($8/£5). Top tip: Ramen is hugely regional, so try it everywhere you visit! 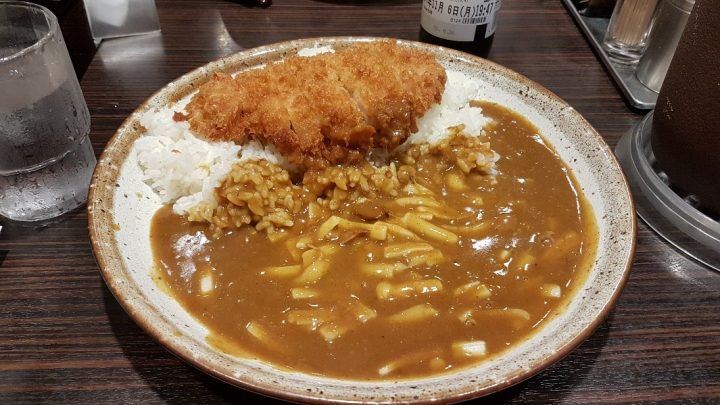 Japanese food doesn’t tend to be spicy and their curries are no different. The slightly sweet, rich sauce matches Japanese rice perfectly. Curries are usually topped with a lightly breaded pork cutlet (katsu) and pickled ginger. I recommend getting a cheese topping too, don’t knock it until you’ve tried it! It may not look like much, but Japanese curry has great depth of flavour and can be a welcome break from more conventional Japanese food. 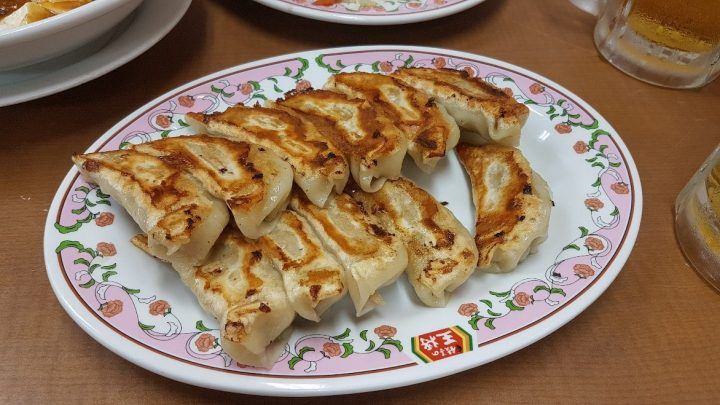 Gyoza, or Japanese dumplings, are a cheap countrywide staple. Usually filled with pork, a little ginger, and cabbage, these potstickers can be dangerously addictive. In many restaurants you’ll have the option of making your own dipping sauce from soy sauce, vinegar and chilli oil. They go very well with a cold beer and are a tasty reward after a hard day’s exploration. 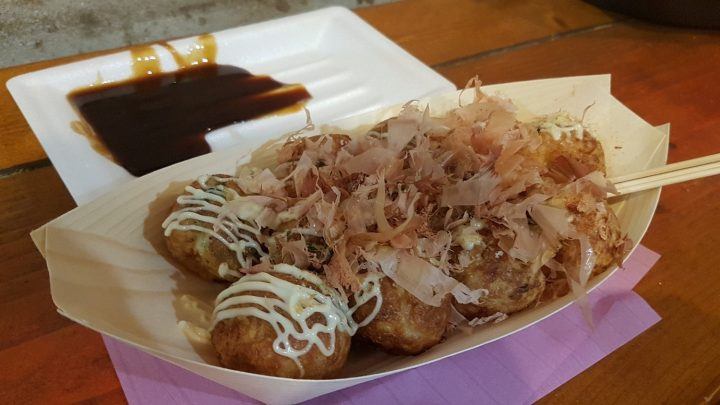 Takoyaki or octopus balls may not sound like the most appealing dish in the world, but once you bite through the crisp batter and into the tender centre you’ll be wolfing them down in no time. Takoyaki are most famous in Osaka and can be bought from many of the city’s street stalls. They are topped with a slightly sweet sauce, mayonnaise and fish flakes, and make a great snack on the go. 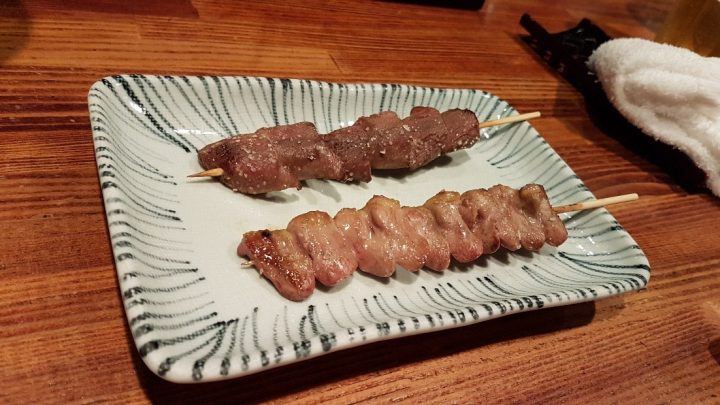 Literally meaning grilled chicken, yakitori highlights Japan’s mastery of simple, yet delicious food. Yakitori makes the produce the star of the show, whether you’re eating Japanese beef or regional vegetables. The only seasoning is usually a sweet sauce or just some salt and pepper. Eat yakitori at the counter to watch the masters of the skewers at work. 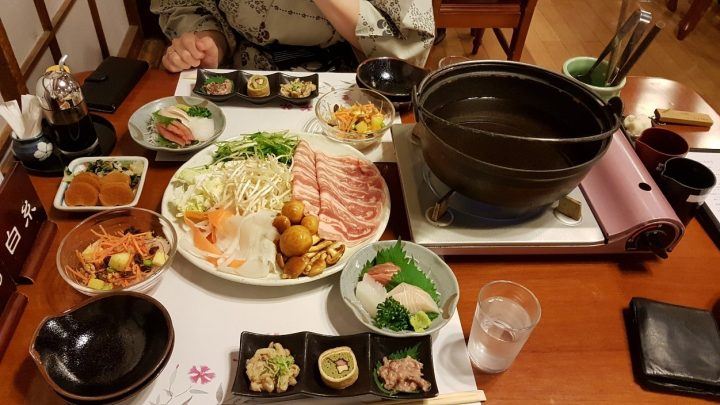 Last on my list is the hands-on dining experience of Shabu Shabu. The name Shabu Shabu comes from the Japanese onomatopoeic word of dipping food in and out of a hotpot. You’re given a plate of meat and local vegetables to cook in a pot of boiling water, adding any of the dipping sauces and other tasty accompaniments as you go. After cooking everything, you have a flavoursome broth to finish with an extra order of noodles.

My list of top food in Japan is a little bit different from the usual fare. Remember it’s hard to get a bad meal in Japan, so try everything you can!

Feeling hungry? We have a team who will fight to tell you where to find the best ramen in Tokyo, soba in Matsumoto or takoyaki in Osaka. Get in touch to plan your trip around food in Japan. Or if you’re a real foodie, check out our Gastronomic Adventure.