Skip to content
Thank you for signing up!
Subscribe to our Newsletter
HOME » Home » A week in Shikoku: Dancing, daydreaming and drinking games in Japan

On Claire’s recent trip to Japan, she spent a week taking in the highlights of the little-visited island of Shikoku. Shikoku is the smallest of Japan’s main islands and is often missed off itineraries, but it’s blessed with some of the best scenery and food Japan has to offer.

A geisha downing a pint of Asahi? It wasn’t quite what I imagined on my trip to Japan… Shikoku turned out to be full of surprises. 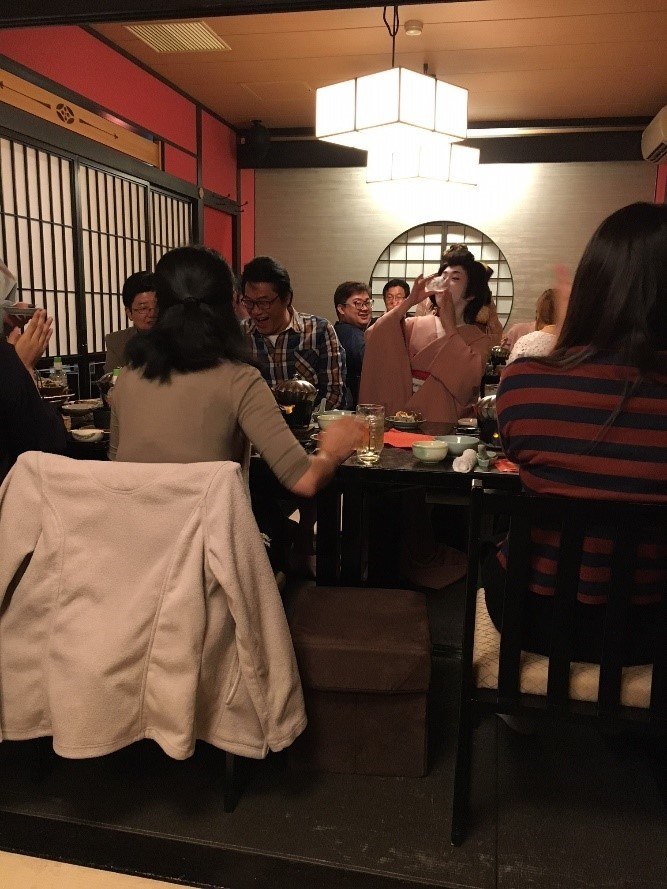 When I found out I would be spending a week exploring Shikoku on my trip to Japan, I was delighted. Shikoku is known as one of Japan’s more ‘off the beaten track’ islands. As much as I love bright lights and big cities, having spent the largest proportion of my life pounding the Malvern Hills, and another substantial chunk in the Yorkshire Dales, I am a self-confessed outdoors, walking and hiking geek (yes, I did study geography!)

My knowledge of Shikoku was pretty limited before I travelled there; I knew that it’s smallest of Japan’s main islands and that famous for the 88 Temple Pilgrimage – hence my initial enthusiasm as a keen walker. Other fun facts that I discovered through preliminary research was firstly, the food is GREAT and secondly, that Shikoku has developed a reputation as Japan’s most laid-back island. Something I now wholeheartedly concur with, largely thanks to the above geisha encounter… but more on that later.

There are a few things that I don’t agree with though, such as the claim that Shikoku is remote and hard to get to. That’s not the case at all – especially with the speed and efficiency of the shinkansen (bullet train) to travel the bulk of the journey. I left Tokyo at a leisurely 9.30am, was in Okayama by lunchtime and had whizzed across the Seto Inland Sea to Takamatsu on the connecting Rapid Marine Liner service in just one hour*. If you’ve got a week (preferably two) in Japan to play with, it’s certainly achievable to add a few days in Shikoku to your holiday itinerary.

Whilst my week in Shikoku didn’t go quite to plan (let’s just say, if anyone wants any tips about the Japanese A&E system, I’m your woman!), I quickly fell head over heels in love with this little island. Granted, there were a few lows… the Naruto Whirlpools were decidedly underwhelming from above and the much anticipated glass-bottom boat trip left me feeling like I’d just stepped out of a washing machine.

But the thing that instantly struck me was just how much there was to see and do in a relatively small area, and how achievable it is to get a real feel for the entire island in just one week. Whatever your interests – beaches and boat trips, thrills and spills, shopping, gardens, walking and hiking, authentic Japanese culture – Shikoku really does have something for everyone. 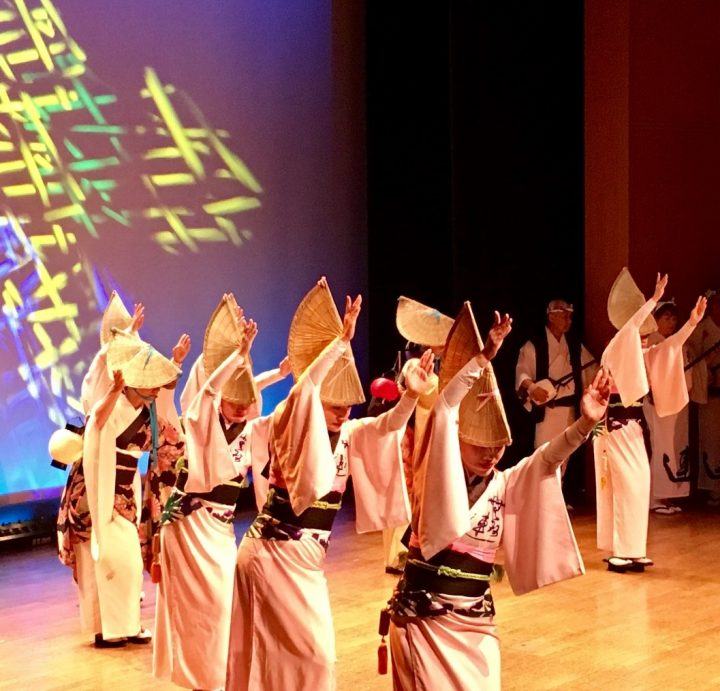 As a first-timer to Japan, one of the highlights for me was seeing an Awa Odori dance performance in Tokushima. Sadly, I was there at the wrong time of the year to experience the full works (the Awa Odori Dance Festival is held in August), but for anyone travelling out of season, a local troupe perform at Tokushima dance hall every night.

After a quick opening performance, a couple of the dancers talk the audience through the steps and musical accompaniments. (Granted, this is in Japanese, but with the demonstration, you get the gist!) After everyone’s had a chance to get the hang of it, there’s a call for a bit of audience participation before the grand finale.

Another must-see in Shikoku is Ritsurin-koen in Takamatsu – easily one of the best landscape gardens in the whole of Japan. Fuelled by a hearty breakfast of rice porridge in the garden cafe, I whiled away several happy hours wandering around this tranquil space. I was even lucky enough to chance upon a happy couple taking part in a photoshoot in the garden. 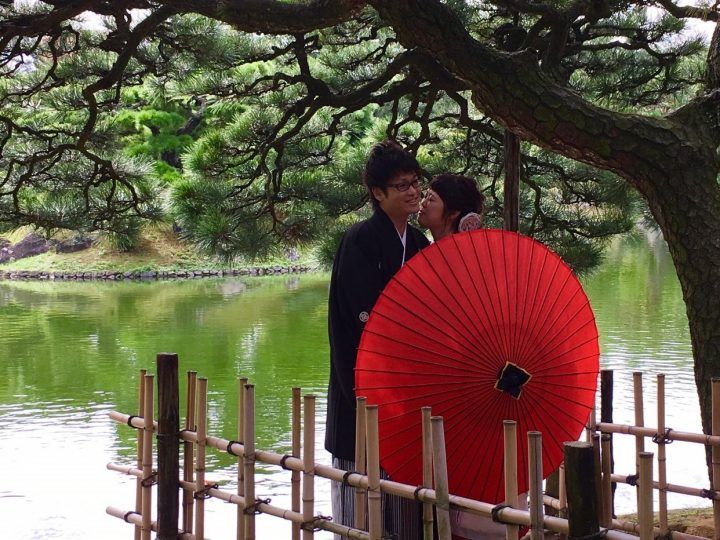 (Note: The gardens are located a little distance away from town, so if you’re arriving at Takamatsu station, it’s probably easiest to catch a bus; it will take you to Ritsurin-koen in just under 15 minutes. Alternatively, if you’d prefer to stretch your legs after the train journey, you can walk straight down Chuo Dori; this also gives you a great excuse to stop off at one of Japan’s longest covered shopping arcades en-route). 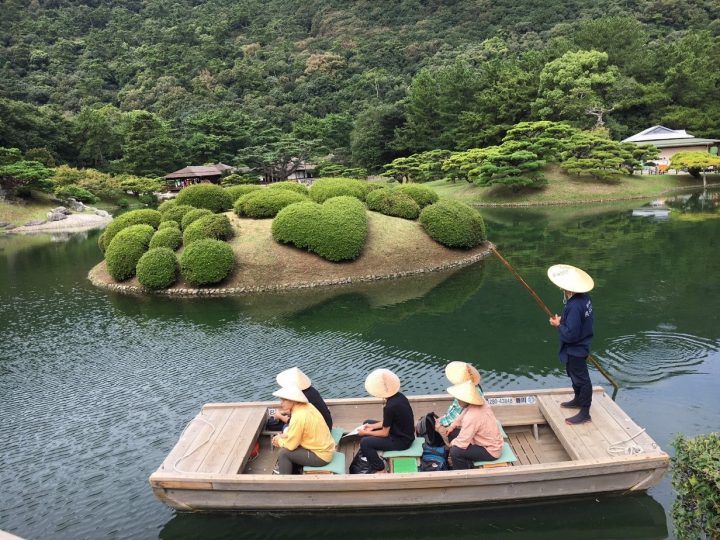 Whilst in Kochi, I was lucky enough to be treated to a meal at Hamacho – a ryotei (traditional high-end restaurant) which has established a name for itself offering traditional geisha entertainment whilst you dine. This stands out as one of the most unique experiences of the entire trip. Being quite a classy establishment, it came as little surprise to me that the food was a culinary work of art – check out the presentation of the seared bonito in the photograph – and the service was first-class. 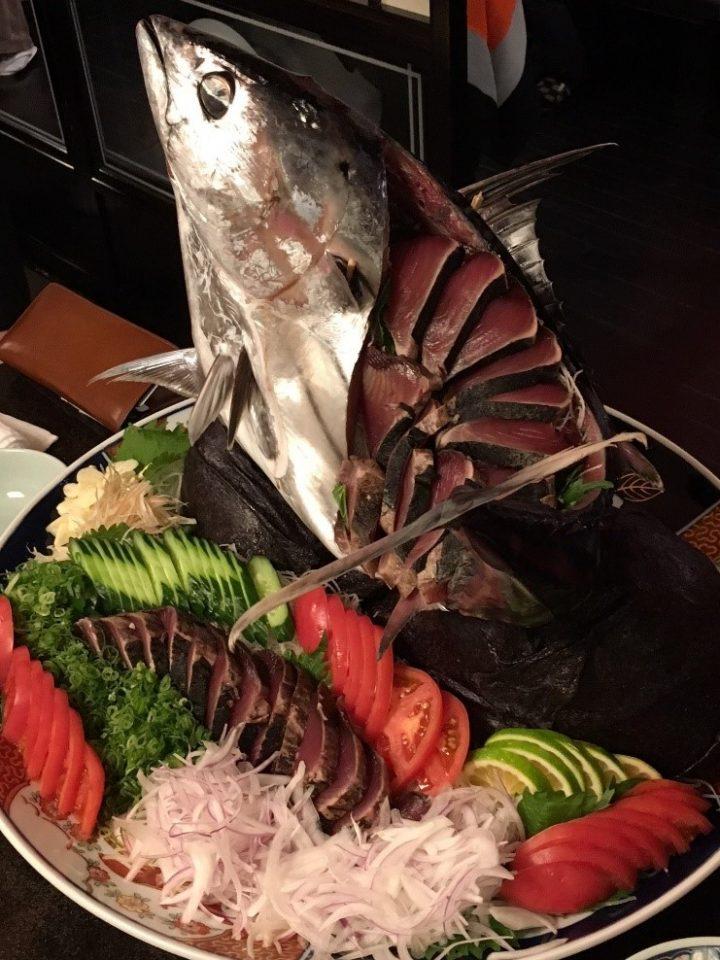 But somehow, this all seemed secondary to the entertainment that was to follow. Soon after arrival, a geisha came around to introduce herself to all the diners. Halfway through the meal we were invited to gather around a central stage to watch a traditional dance performance. To my surprise, the mood completely changed and diners were pulled up onto the stage at random, presented with a hooded mask and invited to engage in a completely bizarre energetic dance with the geisha.

Having long considered geisha to be quietly reserved, I was slightly taken aback! It turned out that that was only the start – once everyone had finished eating, our geisha friend initiated some drinking games, Shikoku style. As I learnt later, this style of drinking game has a name – Bekuhai – and features special sake cups with cunningly designed features (and cunningly disguised holes) to encourage you to drink more.

After the excitement of Kochi, I headed into the heart of Shikoku to get in touch with my spiritual side. It didn’t take much for me to be sold on the Iya Valley. Standing amongst the greenery, listening to the sound of flowing white water and breathing in the fresh mountain air, it was easy to see why Shikoku has a reputation as a remote hideaway.

Just when I thought it couldn’t get any better, I stopped at the Iya Onsen. Walking through a nondescript hotel lobby and waiting for a ‘cable car’ that, for all sense and purposes, looked like a garden shed. I was initially sceptical, but when I stepped out at the top I was greeted by the most magical elevated garden and secluded onsen that I’d ever seen. I’m trying my best not to lapse into marketing clichés here, but with panoramic views over the Iya Valley, sunshine dancing on the water and not another soul in sight, the only word to describe it is idyllic. To put it another way, this was somewhere I might (might) actually consider taking my clothes off… and that’s saying something! 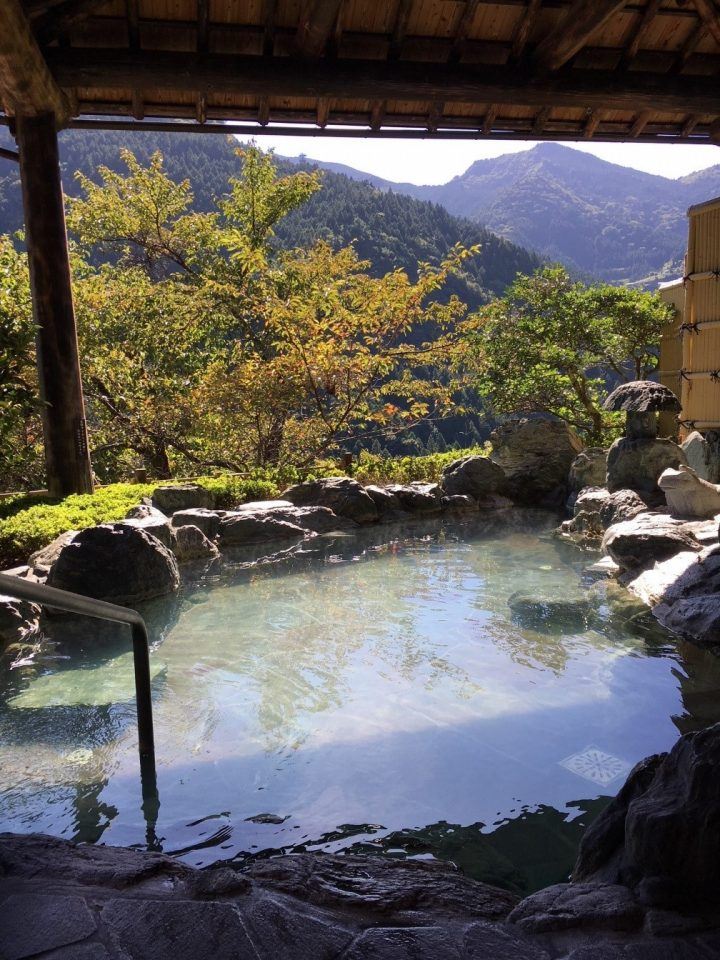 Matsuyama and a noodle taxi

I rounded off my trip with a brief visit to Matsuyama to check out the famous Dogo Onsen (lovely) and castle. My final night was spent at Konpira Spa – a beautiful high-end ryokan hotel in the town of Kotohira, home of the Kotohira-gu Shinto shrine.

At the risk of sounding terribly uncultured, as wonderful as the shrine was, the highlight of my stay in Kotohira was definitely spotting the udon noodle taxi driving past the hotel one evening; easily identifiable by the plastic bowl of noodles on the roof. Sadly it sped off too quickly for me to snap a picture, but having been slightly disbelieving when I was told about the noodle taxi earlier in the week, I was delighted to have seen it with my own eyes. Owing to the language barrier (either that or just sheer stupidity on my part), I’d completely misunderstood the concept at first – wondering how one cooks noodles in a taxi. Turns out that udon is so universally loved, a dedicated taxi transports hungry passengers to the best noodle restaurants in town.

I’ve said it before and I’ll say it again…. only in Japan!

See some of Claire’s favourite spots on our Hidden Japan small group tour or our Secrets of Shikoku self-guided adventure.