Skip to content
Thank you for signing up!
Subscribe to our Newsletter
HOME » Blog » Cherry blossom: 5 alternatives for flower enthusiasts

Ask anyone in the street when they’d like to travel to Japan and chances are they’ll say springtime, “for the cherry blossom”. It’s not hard to understand why, the annual arrival of the sakura (cherry blossom) is a sight to behold.

As the trees turn pink, the Japanese grab their picnic blankets and rush to the park to take photos, drink sake and generally make merry. It’s an all-round good time of year to be in Japan. Or is it? Appearances can be deceptive.

These beautiful photographs of cherry blossom inevitably draw in the crowds. As soon as the first blooms appear, hotel prices jack up and it’s impossible to move through Ueno Park for all the picnic blankets! This is undoubtedly peak travel season in Japan (you’ve got to be quick out of the blocks if you want to bag a place on one of our Spring Elegance tours), but what if you simply can’t – or don’t want to – travel during this time?

Hey, it’s ok! There are so many other beautiful flowers and picture-postcard sights to see. Here are our recommendations for flower-fans travelling outside of cherry blossom season: 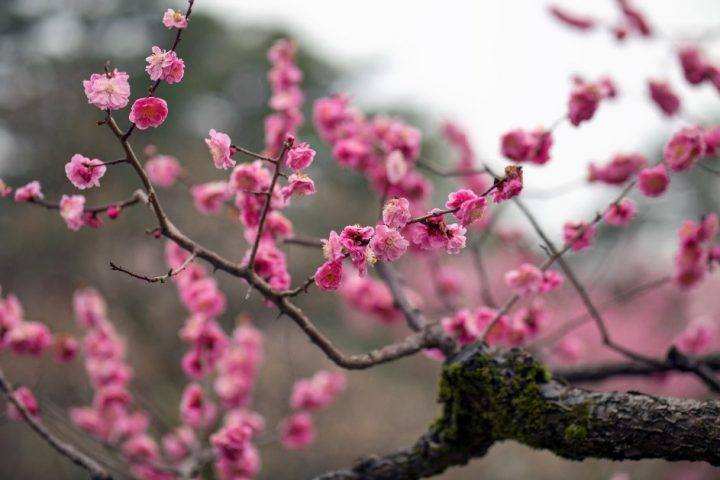 The plum trees of Atami bloom slightly earlier than the cherry blossom. This is great news for those travelling between January and March who want a glimpse of the pink stuff. Plum blossom is in no way the poor cousin of the cherry blossom; plum trees actually blossom in a variety of different colours and fill the air with a delicious fragrance, and back in the Nara period, it was all the rage. So there. 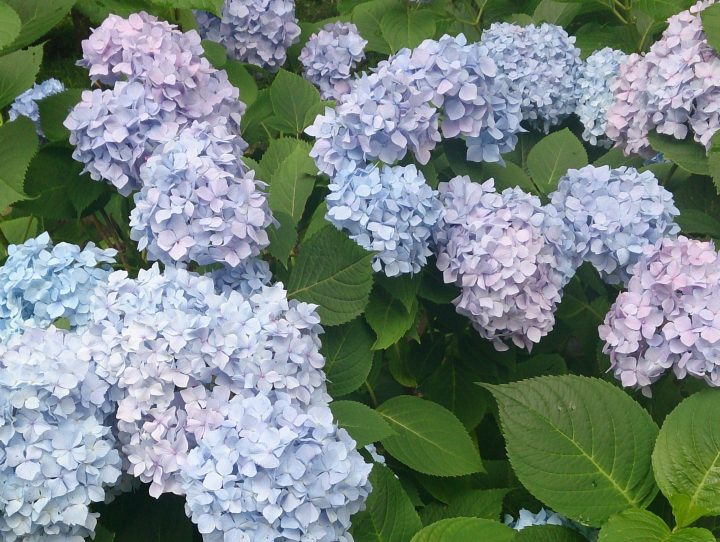 Many tourists shy away from visiting Japan in June, deterred by the threat of heavy rains and the onset of hot, humid weather. But June actually heralds the start of ajisai (hydrangea) season in Japan and the start of summer. It doesn’t receive anywhere near as much press coverage as the cherry blossom, but hydrangea-viewing is a popular tradition in Japan.

These absolutely beautiful flowers are typically grown in the gardens of traditional temples and shrines. Seeing them in their full glory in places like Kamakura or Mimurotoji makes for an enviable photograph. Plus, at this time of year, there are far fewer tourists, so you stand a much better chance of getting that uninterrupted shot.

3) Flower Fields of Furano and Biei 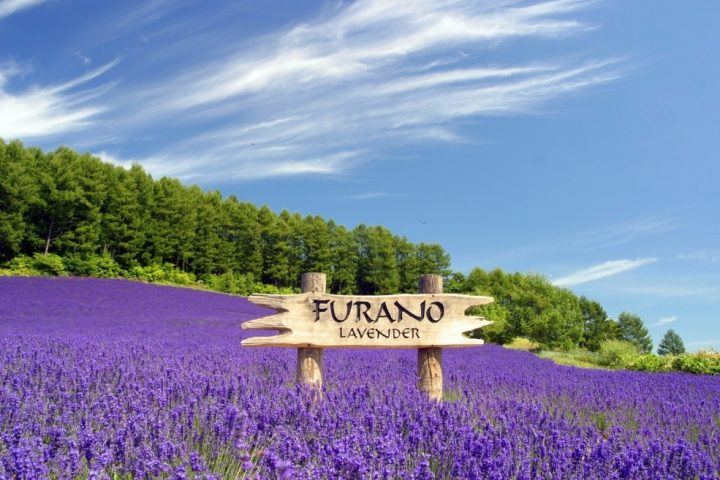 Think of Provence and swathes of purple lavender fields spring to mind. I bet you didn’t know that Japan has something just as good – dare I say, even better!

Lavender has grown in Furano, Hokkaido for more than half a century, and it bursts into bloom in late June every year. I know what you’re going to say… yes, lavender season is even more short-lived than cherry blossom season! But it’s not just lavender; the flower fields of Furano and nearby Biei are filled with a whole variety of flora.

They burst into life during the summer with stripes of colour that cover the landscape. The flowers fields of Hokkaido have been used in countless advertising campaigns, but they remain one of Japan’s more hidden gems with relatively few tourists making the trip up north.

See it – Furano and Biei, Hokkaido (mid-July to early August) 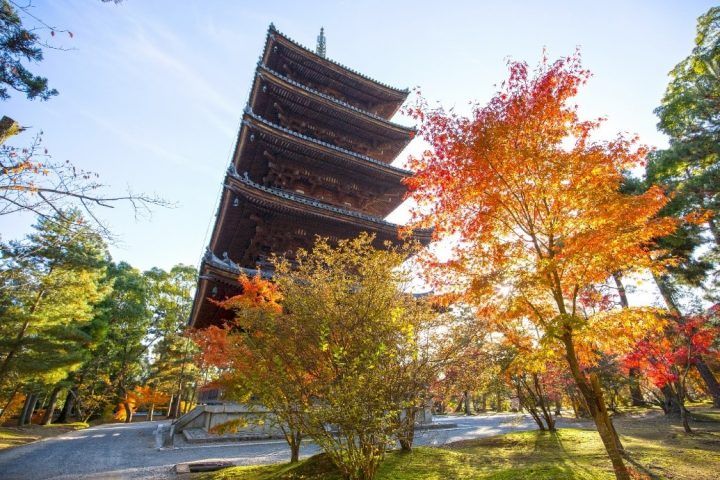 Whilst springtime remains the most popular time to visit Japan, autumn is the dark horse coming up on the inside lane. Between mid-September in the north and early December in the south, the climate changes rapidly. The landscape bursts to life as the leaves change colour, making for glorious backdrops and photo opportunities aplenty throughout the country. The change occurs more gradually than during cherry blossom season, so there’s a better window of opportunity for seeing the autumn leaves without hordes of crowds.

Even if you are lucky enough to visit Japan during the springtime, you might still want to escape the worst of the crowds in the city. In fact, I wholeheartedly recommend that you do so, because a treat awaits, just two hours out of Tokyo.

Pay a visit to Ashikaga Flower Park between mid-April and mid-May for a chance to take in breath-taking cascades of wisteria flowers – another of Japan’s favourites. During peak season and the winter months, arbours of wisteria are beautiful by day, but when illuminated at night they are even more spectacular. Admittedly, being so close to Tokyo, you are still likely to encounter crowds, but wisteria bloom marginally later than the cherry blossom; a perfect alternative for any anthophiles who might have just missed the sakura boat.

If this all sounds bloomin’ marvellous, why not speak to one of our expert Japan travel consultants about incorporating any of the destinations mentioned above into a tailored itinerary. 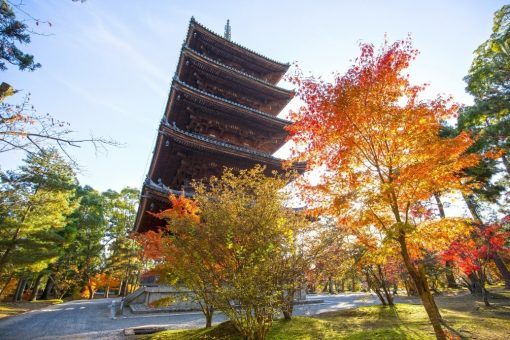