Skip to content
Thank you for signing up!
Subscribe to our Newsletter
HOME » Blog » A guide to visiting Tokyo Disneyland

Despite growing up in California, tour leader Brian Beatty can’t help but have a soft spot for Tokyo Disneyland. Here’s his guide to a stress-free trip.

Tokyo Disneyland opened April 15th 1983 and was the first Disney Park outside the U.S. While it does feel smaller in comparison to the original in California, I like it just as much.

The best ways to get to the park are either by bus or train. You can take the bus from Shinjuku station, Tokyo station, Yokohama station, or Akihabara station (to name a few). Bus prices range from 1,000 to 2,000 yen depending on where you leave from.

I prefer to take the train – it is the cheapest and quickest way.

Travel to Maihama station and when you arrive, head for the south exit. If you turn right outside the ticket gates, you’ll be at the Disneyland entrance in about 5 minutes.

Heading left will take you to Ikspiari – the equivalent to Downtown Disney in California. If you’re not familiar with Downtown Disney, it’s a place for shopping and eating outside of the park that doesn’t require an entrance fee.

Getting around – The monorail to the entrance, DisneySea and all of the hotels 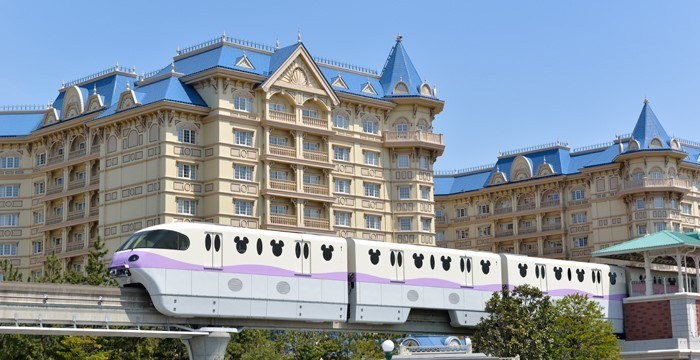 The park is surrounded by a loop monorail line, and there are four stations. You can take the monorail one stop for 260 yen, or the full loop for the same price (1, 2, 3 & 4-day passes are also available).

Go to the Resort Gateway station for Ikispiari and the Disney Ambassador Hotel. For the entrance to the park and the Tokyo Disneyland Hotel (my favourite), head to Tokyo Disneyland Station.

The other hotels are at Bayside station. Funnily enough, Tokyo DisneySea Station has the entrance for Tokyo DisneySea, a separate park with a separate entrance fee like California Adventure. One of the biggest differences is, unlike Tokyo Disneyland, you can drink alcohol. It’s designed more for grown-ups, obviously not me (haha!). No, but I do really like DisneySea, and could easily write a whole blog about it as well.

But this one is about Disneyland so let’s get back to it, shall we? 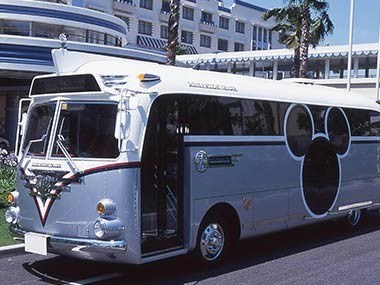 To save money, there is also a free shuttle service that all of the Bayside station hotels have. The buses operate from 6.10am to 11.30pm and depart every 5 to 15 minutes. They pick you up in front of your hotel and drop you off at Maihama station.

In front of Maihama station there is a bus terminal. Each bus stop will have a list of the hotels it goes to, so you can use this free bus service to get to your hotel as well.

Where to stay – Disneyland Hotel 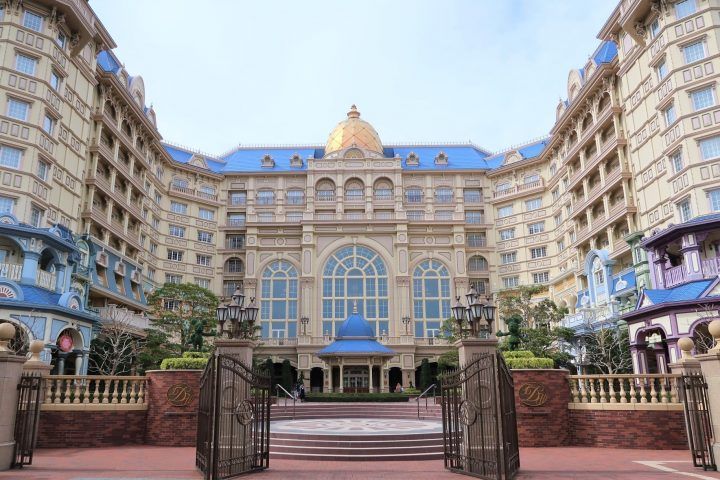 I’ve stayed at almost all of the hotels around the park, and I have to say that the Disneyland Hotel is by far my favourite. My wife dreamed of staying here since she was a kid, so I took her and our son for our three-year wedding anniversary. It just happens to fall on the same day that Tokyo Disneyland opened – April 15th.

A bonus of staying here is that you get to enter the park 15 minutes earlier than everyone else. To be honest though, that’s not what makes this place special. Nor is it the character themed rooms, or the fact that it’s the closest hotel to the park. It’s the charm of this place and the way it makes you feel that makes it great. It really does feel like you’re in a dream.

There are two Cinderella castles: one at Tokyo Disneyland and the other at Florida’s Disney World. The Sleeping Beauty castles appear at the original Disneyland in California, the Disneyland Hong Kong, and the one in Paris. 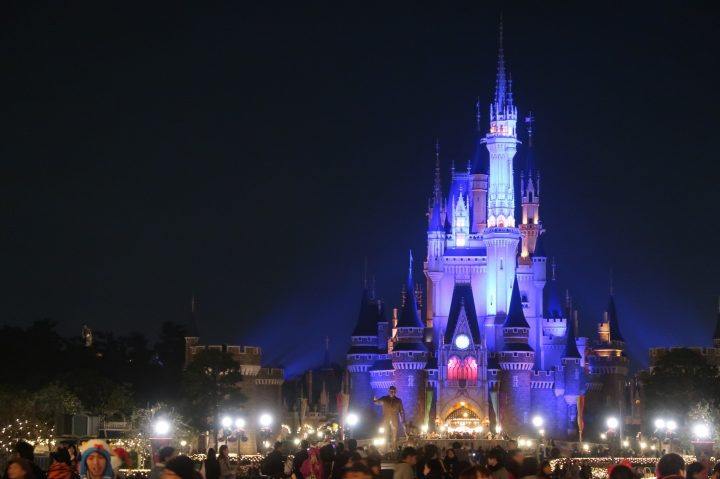 There’s evening entertainment every night starting from 7.30pm with the electric parade. Then the firework show begins at 8.30pm, and a projection show from 8.50pm. Always a good time!

Tokyo Disneyland really is the place where dreams come true! 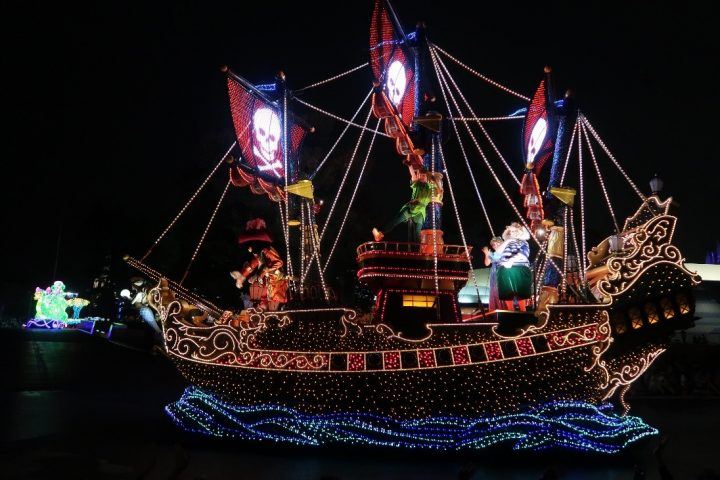 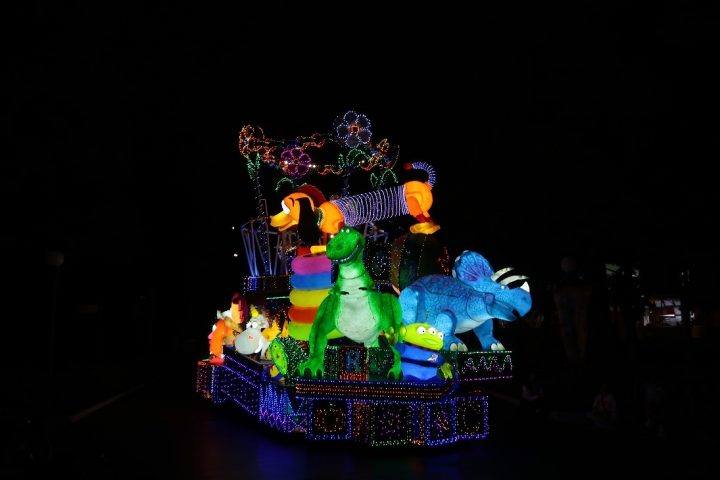 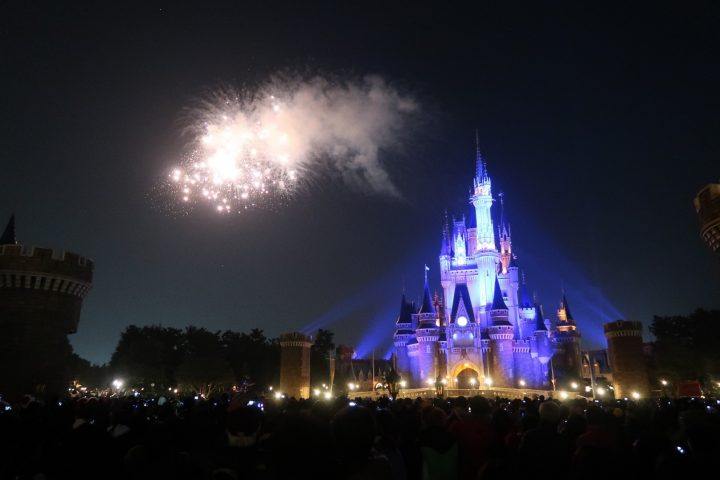 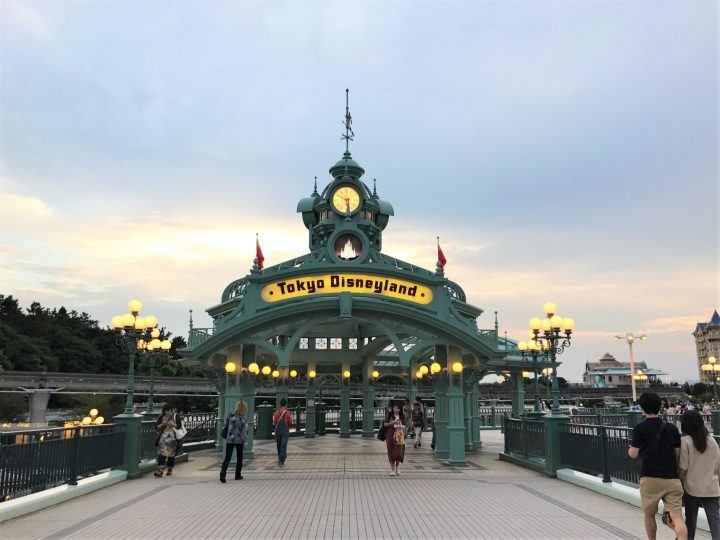 We’d love to help you plan a trip to Tokyo Disneyland (and live vicariously through your theme park planning. Jealous, us?). Do get in touch with our team.