Skip to content
Thank you for signing up!
Subscribe to our Newsletter
HOME » Blog » 24 hours in Kanazawa

If you have only 24-hours to spend in a city, you could do much worse than Kanazawa. In fact, it has quickly become one of my favorite cities to visit. Why, you ask? Simply put, it has a little bit of everything! 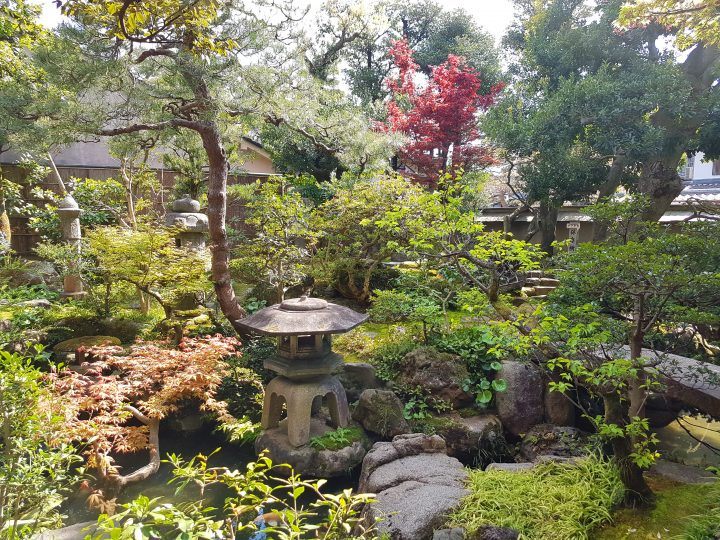 Kanazawa was the home of the Maeda clan, an extremely powerful – and wealthy – samurai family during the Edo period. You can see remnants of that wealth even today.

Enter Kenrokuen, considered one of the three greatest landscape gardens in Japan. Commissioned by the Maeda family, the garden was started in the early 1600s and developed over the course of two centuries. Considered by many to be the most beautiful of the three, I would start my day with an early morning walk through this magnificent place. The earlier you get there, the less you’ll have to share it with other visitors! 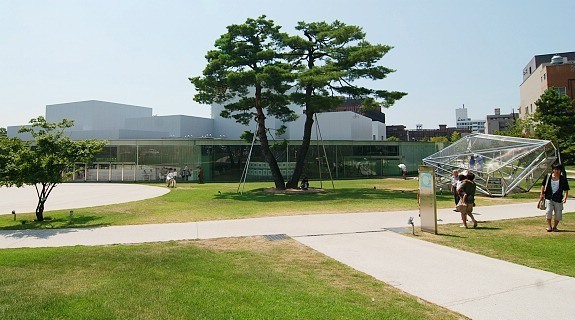 After taking in the history and beauty of Kenrokuen, walk a few more steps to the fantastic 21st Century Museum of Contemporary Art. This ultra-modern museum is a gem within a city known for its art.

The museum exhibits art from both well-known Japanese artists and their brethren abroad, but perhaps the greatest exhibit of all is the building itself. Comprised of a completely circular building, it was built with no main entrance or exit. This was to facilitate popping into the museum from any direction, which definitely gets you thinking even before you enter! 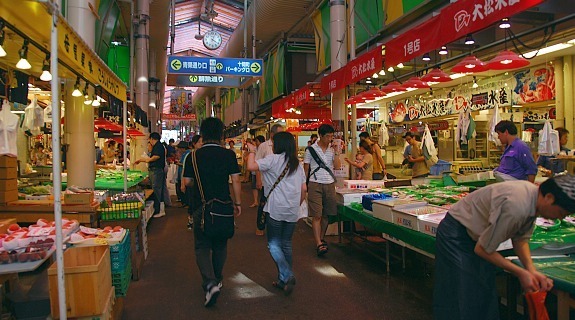 By now, after all this walking, you’re probably feeling a bit peckish. Well, what better place to satiate your hunger than one of the best markets in Japan?

The Omicho Market has served as Kanazawa’s largest fresh food market for nearly four centuries, and continues to this day. Set within a lively maze of covered arcades, the market serves everything from the freshest fish, to the freshest fashions. But, of course, we’re here for lunch. Be sure to try one of the local specialties, a rice bowl topped with a heaping helping of fresh seafood, sent straight from the Sea of Japan!

After filling up on delicious seafood, take a leisurely walk through one of the most atmospheric sites in the area. The Nagamachi samurai district is easy to get to using Kanazawa’s Loop Bus. This bus is what it says it is: a bus that runs in a constant loop around the city, stopping at all the interesting sites along the way. Just buy a pass and hop on!

Because Kanazawa was never bombed in World War II, it still has historic, well-preserved areas that retain the ancient charm of hundreds of years ago. The Nagamachi samurai district is one such area. Located near the old Kanazawa Castle, this area was where samurai families and their retainers used to live. Beautifully preserved earthen-walled samurai residences line the narrow streets of this beautiful district and bucolic canals criss-cross the area giving it a peaceful feeling.

The crown jewel of this area, however, is the Nomura House, the former residence of a powerful and wealthy samurai family. Now a museum open to the public, you can really get a feel for how the rich and powerful warrior class lived. It also has one of the best gardens in the country. 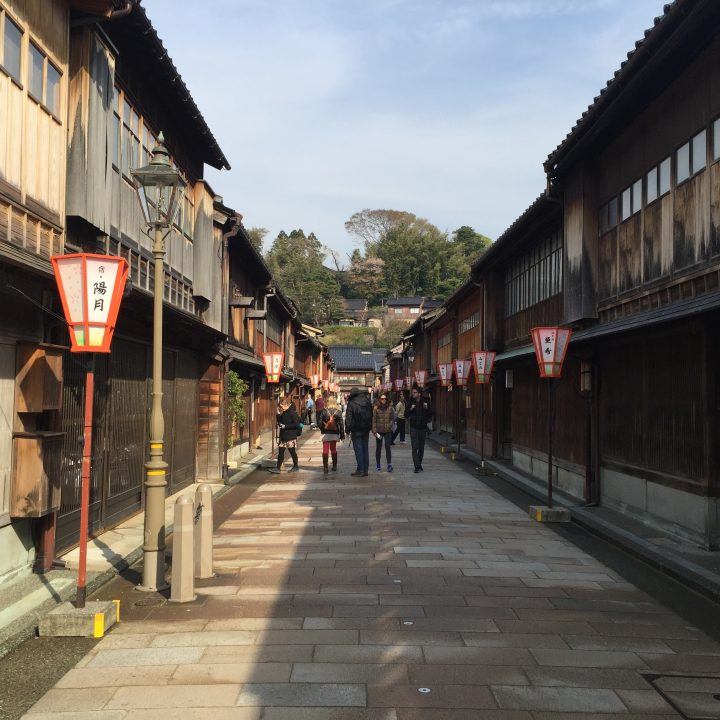 From samurai to geisha, what a great transition! Hop on the Loop Bus and head to Higashi Chaya, one of the few remaining geisha districts left in the country. In a city known for its history, an evening stroll through the atmospheric streets of Higashi Chaya is an experience not to be missed.

A chaya (literally a tea house) is an ultra-exclusive restaurant where geisha would traditionally dance and entertain guests. A couple of chaya are actually open to the public in this area, so go ahead and spend a couple hours basking in a world that very few get to enter. 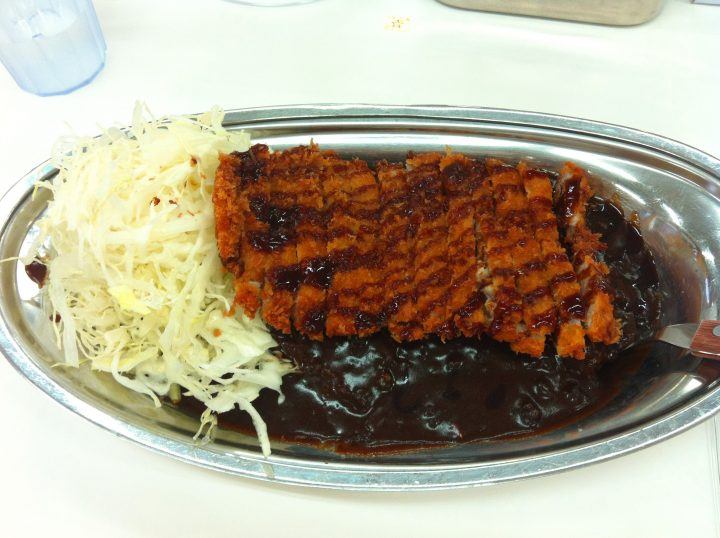 Curry rice is generally not mentioned when people discuss Japanese cuisine. Sushi, sashimi, ramen; they are mentioned, absolutely. But the average Japanese doesn’t eat sushi or sashimi on the regular. Curry rice, though…that is a common meal!

Want to try this tasty meal? Kanazawa has you covered. Enter any Go Go Curry house and you’ll instantly fall in love with this savory treat. The Japanese word for “five” is “go”, so really the name of this restaurant is Fifty-five curry in English. Why fifty-five? Because Go Go Curry says their curry is cooked for fifty-five hours, so that the meat and vegetables completely disintegrate within the dark sauce. 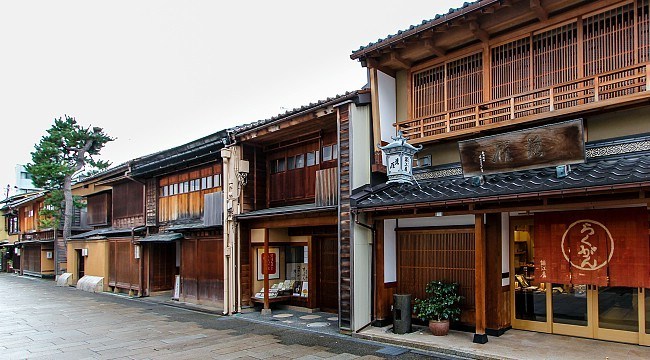 Now, to walk off all that curry. Personally, I think there is no better way to get a feel for an area than to have the place to yourself. That is how you’ll feel if you head to the Nishi Chaya district.

If you’ve been paying attention, you’ll notice this is also a geisha district. This is different from the bigger, more famous Higashi Chaya district in that it is more intimate and has far fewer visitors. But that doesn’t mean it has nothing to offer; in fact, take a late night stroll through the area and then get back to me. It’s easy to feel transported a few hundred years into the past, wandering the silent streets of one of the few geisha districts left in Japan. 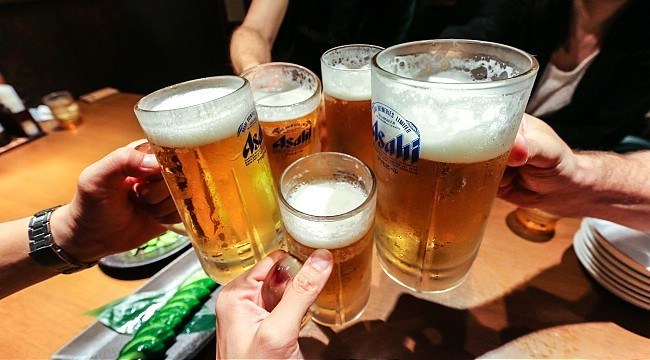 Want to end the day with a nightcap? There is no better place to do so than in the Katamachi district. This small area is crammed with bars, restaurants, and other entertainment. If a pub crawl is on your mind, you’ll easily end the night with loads of new friends and some great memories of this fantastic city!

Oh, and one more tip. If you still can’t sleep, Kenrokuen Garden opens up from 4am. You can feel as if the entire place belongs to just you…

If you fancy walking in the footsteps of the samurai or seeing where the modern geisha live, have a look at our Traditional Japan self-guided adventure. Spend two weeks enjoying mountain scenery, tranquil gardens, ancient history and authentic family-run minshuku inns as you tour the traditional districts and ancient historical sites of Japan