Tour leader David has lived in Japan for ten years. These days, he’s based in Tokyo – except when he’s leading our fantastic tours across Japan. Here he investigates a topic no traveller to Japan can avoid: cash.

You might already know that Japan is a cash-based society, but how much do you actually know about its cash?

History of the yen

The Japanese yen is only about 145 years old. That’s surprising, isn’t it? It was to me. For a country with a history stretching back so far its origins blend into legend, I expected the currency to have at least hit 150.

Unlike its people, Japan’s currency of Japan looks a lot older than it actually is. This is because until 1871, when the Meiji government first introduced the yen, each province had its own currency. The name “yen” was a cognate of the Chinese yuan, and though the yuan was a decimal currency (and one that predated Western currencies by far), the Japanese yen followed the decimalisation of European currencies.

Each province printing the same currency was a good first step, but it wasn’t until the Bank of Japan was formed in 1882 that production and value were regulated. So, without any further ado, let’s see what they’ve given us to play with!

Shrapnel. The one and five yen coins are great for taking up space in your pockets or coin purse and preventing you from feeding an automated vending machine any denomination it will accept. Use these as quickly, because they will add up fast – and when you have too many nobody will talk to you anymore. You can pay with exact change at restaurants or stores, or a self-serving yet altruistic option is to donate any and all of these monetary outcasts at collection boxes near the till in most convenience stores. Causes range from domestic earthquake recovery to food and school supplies for the underprivileged around the world. The staff even say thank you when you unload your bluff money. No, thank you. 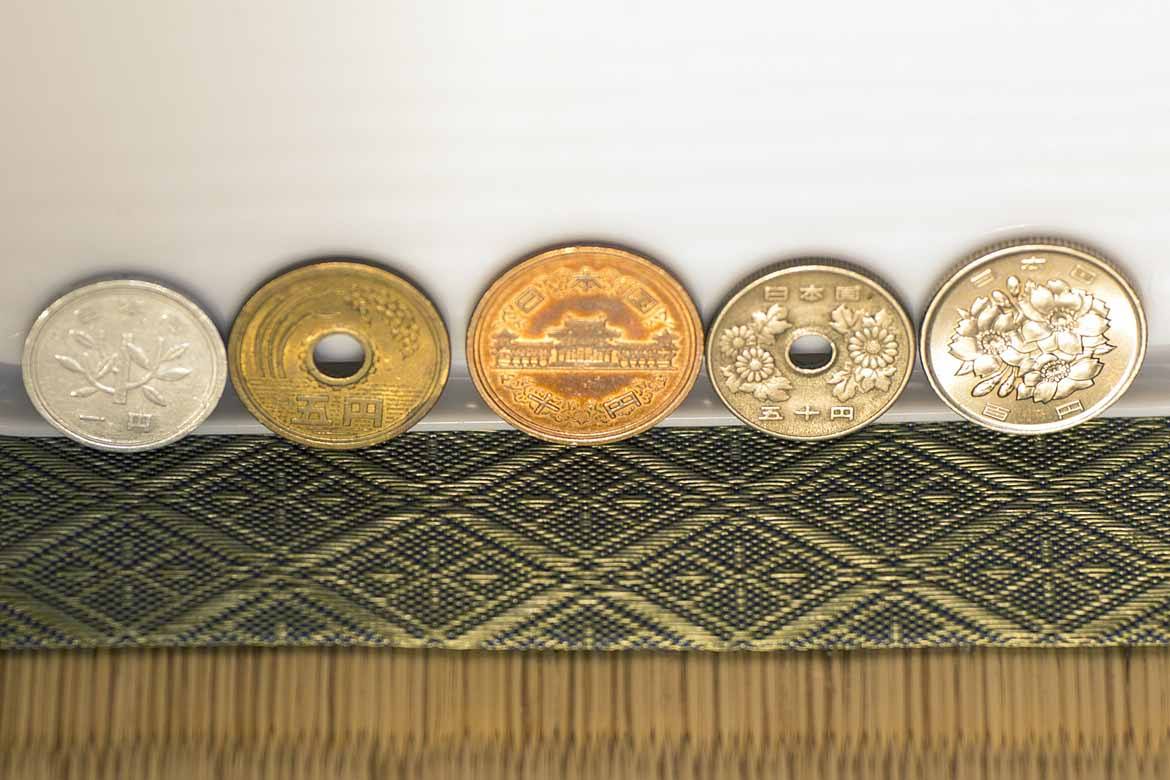 It has been scientifically proven that holding a one-yen coin in your hand feels like nothing at all. This dime-sized coin reaches its 1g weight on a diet of aluminium and lies. The obverse has a small tree, while the rear has a large number one above the date of its minting.

The dating system used on one-yen coins is not Gregorian, but domestic Imperial. Emperor Hirohito’s reign translates to the Showa denotation. This period, ranging from 1926-1989, is represented by Showa 1–64. The present period is Heisei, which began in 1989. At first it might seem confusing that Showa 64 and Heisei 1 occupy the same year, but the Showa era ended seven days into January, so in actuality 1989 is mostly Heisei 1. Onward!

The five-yen coin is the only unit of Japanese currency devoid of any Arabic numerals, which might lead you to believe (rather correctly) that it should be given back to whoever handed it to you in the first place. Nearly four times the weight of the single yen, this brass coin is one of only two to have a hole bored through its centre.

The face has an ear of rice emerging from water, with a gear around the hole, representing agriculture, fisheries, and industry, staples of the Japanese economy from past through present. The reverse simply tells you the year and country it was minted in, separated by adorable little tree sprouts to rekindle any feelings you had towards the one-yen coin.

With a ten-yen coin in your hand, you can walk with confidence, knowing that any debt or fee just got 10 yen cheaper. Welcome to the world of universally accepted coinage.

Bronze is the flavour of this minidisc, and although its only slightly more massive than the fiver, it’s in a different league entirely. The front side depicts the Phoenix Hall of Byodoin in Uji, one of the most beautiful temples in Japan. So beautiful in fact, that a replica was built in Hawaii’s Valley of the Temples. Pretty cool. The other side has bay laurel leaves embracing the number ten above the year of issue. 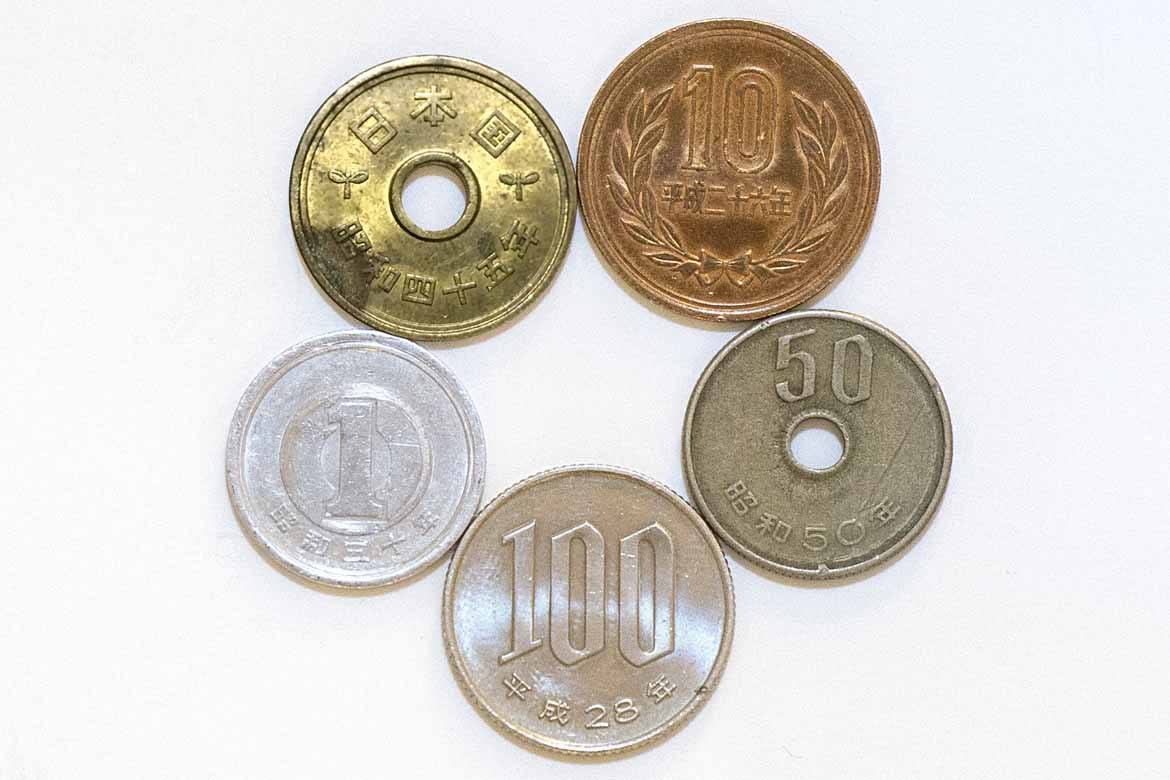 This is where things start to get shiny. 50 yen. The only other coin to have a hole in the middle, but in no way should it be confused with its lesser sibling. For one thing, it’s money-coloured. Another differentiating feature is the big 5-0 on the back, above the mintage date.

The face has chrysanthemums, the flower on the coat of arms and Imperial Seal, which is all well and fine, just make sure they’re not in the bouquet you hand the gracious hosts who invited you over for dinner.

Speaking of flowers, there’s one perhaps even more inextricably linked to the country. Cherry blossom! These are found on the 100 yen coin, which is comprised of a copper-nickel alloy, as is the 50 yen. The rear has a simple date and value, short and sweet.

Bringing pecuniary metallurgy to a close we have the world’s most valuable coin in circulation, weighing in at 7g with a nickel-brass compound, the 500 yen granddaddy. The stuff of pirate booty. The reason I want a satchel and how I’d prefer to pay when I purchase my next car.

Excuse me, you’ve got paulownia on your face. How many times do you hear that? The 500-yen coin hears that daily. Just as the chrysanthemum is used for the Imperial Seal, the paulownia is used for the Government Seal of Japan. This “princess tree” got its colloquial name because it was planted when a girl was born and used to make a chest on her wedding day. It’s also used in many quintessential Japanese goods such as instruments, clogs, visiting cards, etc.

Somewhat peculiar for a coin, the reverse utilises an anti-counterfeiting latent image in the zeroes, as well as micro-printing and a unique electric conductivity that vending machines check to make sure you’re not feeding them the similar yet inferior 500 won coin from Korea. Also on the reverse are the date of issue, of course, and a symmetrical motif of bamboo and auspicious citrus. Anyway, a fine, fine coin. 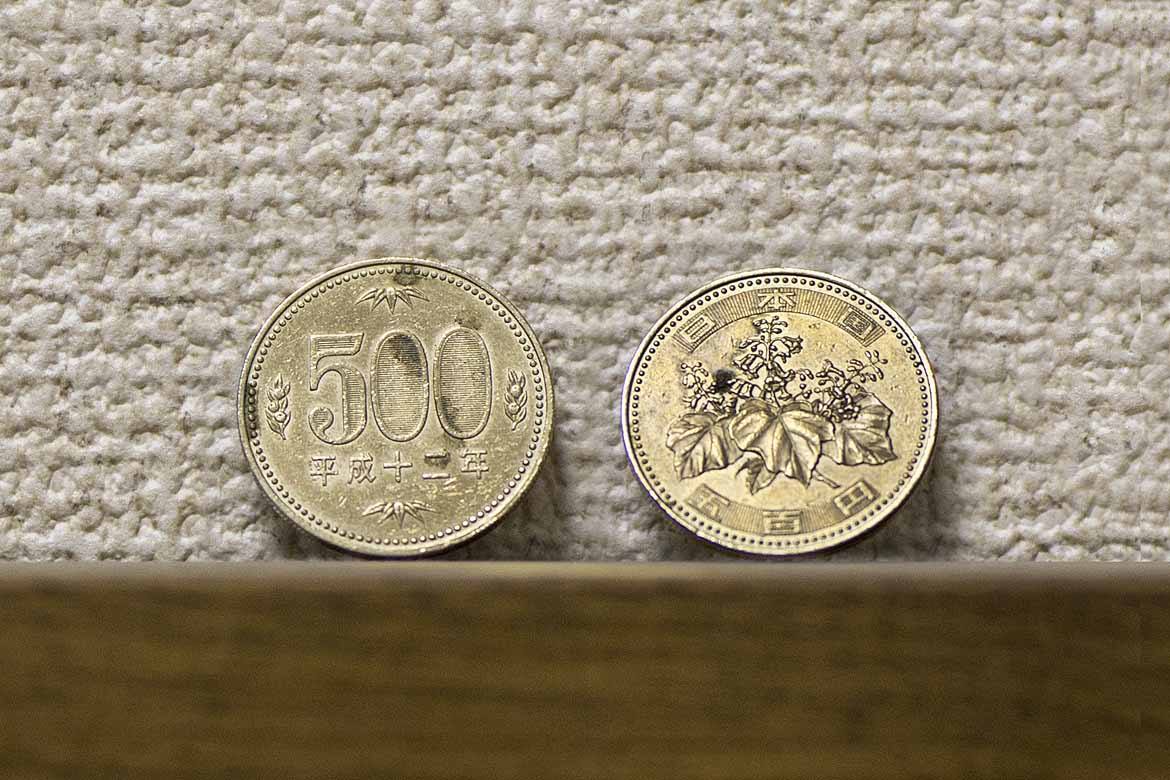 They say you can tell where a country places its values by what images they put on their currency. You will find no superhero eagles, levitating pyramids, politicians, or royalty on Japan’s notes. What you will find, however, are authors and a bacteriologist.

The 1,000-yen note celebrates Hideyo Noguchi, whose hair is indisputably awesome. Dr. Noguchi was nominated for the Nobel Prize no less than nine times, and his tireless work most notably furthered the understanding of syphilis. The opposite side of the bill has one of the classic views of Mount Fuji from across Lake Motosu, with cherry blossoms, naturally.

The elusive 2,000 yen note was made for the 26th G8 summit held in Okinawa. The only way you’re likely to set eyes upon one of these is if you exchange your money for yen in your own country. It can be a good conversation starter though, and you’ll find no problems unloading them over here.

One distinction is the absence of a bust on the front of this note. Instead, we see Shureimon, a gate to Shuri Castle, a UNESCO site in Okinawa. Perhaps it should be noted that Mount Fuji is a UNESCO site, too. The back of the bill portrays a scene from The Tale of Genji overlaid with an excerpt from the same work beside a portrait of the author, Murasaki Shikibu.

The 5,000 yen note also pays homage to a female author, best known by her pen name, Ichiyo Higuchi. Whereas Lady Murasaki writes from and about the Imperial Court of the Heian Period, Ichiyo Higuchi writes of and amongst destitution and misfortune in a notorious red-light district of Meiji Era Tokyo. Sadly, she passed before she could reach a quarter-century in age. The opposite side shows us a painting of irises, titled just that, by distinguished Rinpa painter Ogata Kōrin.

Last and opposite of least, who is displayed on the 10,000 yen note? Saying Fukuzawa Yukichi was also an author is akin to saying Einstein was also a breather. His list of deeds is truly mind-boggling, and I honestly wouldn’t know where to start or how to sum them up appropriately, so I’ll just say one of his many illustrious accomplishments was founding Keio University, one of Japan’s best. The flip side returns us to Heian Uji with a close-up of a phoenix adorning the eponymous hall of Byodoin, which you may or may not be surprised to learn is also a UNESCO site. 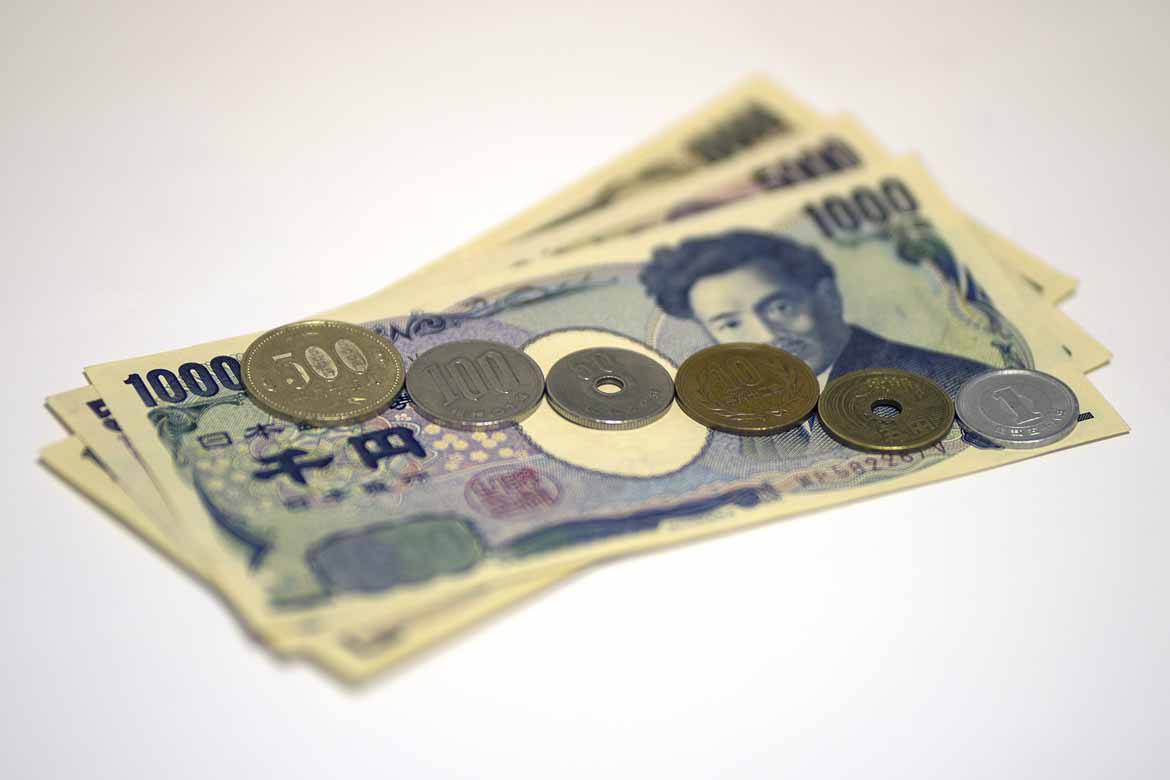 Well, hopefully that sheds a little light onto what’s being exchanged for goods and services over here. Speaking of, now is a good time to visit, as the yen is currently weak. That said, with an export-driven economy, it’s often a good time to visit because the Bank of Japan does what they can to keep the yen less burly than it might be.

I wanted to share photographs I’d taken of Japanese cash for illustrative purposes, but Photoshop wouldn’t let me open the files at all. Since they’ve ironically denied me the ability to easily write “sample” on the images in an effort to curb counterfeiting, I’ll share this link to pictures on the Bank of Japan’s website: https://www.boj.or.jp/en/note_tfjgs/note/valid/issue.htm/#p03

If you’re thinking of visiting Japan in the near future, get in touch with one of our travel consultants to begin planning your trip today. Click here to get started.