Skip to content
Thank you for signing up!
Subscribe to our Newsletter
HOME » Home » Baseball in Japan

Insider tour leader Brett Plotz originally hails from Iowa, but is now based in Yokohama – Japan’s second city. In this blog post, he discusses the similarities and differences between baseball in Japan and his home country, arguing that baseball is the true national sport of Japan!

As Japan’s national sport, sumo certainly fits the bill. Quintessentially Japanese, the name itself conjures images of Japan: two massive men wearing the traditional fundoshi (loincloths), squaring off on a raised circle; their slicked-up hair bobbing around as they slam into each other, grappling to see who falls first.

Baseball actually has a longer history in Japan than you would expect. Introduced in 1872 by an American university teacher, the game was only a few decades old in the States – but it caught on quickly in Japan. In fact, it really took off after a Japanese team defeated a team of foreigners in Yokohama near the turn of the 20th century.

Professional baseball quickly followed – and by the 1930s, Japan had a flourishing baseball scene. Major cities and areas got professional teams, and the sport continued with its near dominance in popularity. Elementary schools to universities all fielded their own teams. In fact, high school baseball is the most-watched sporting event every year in Japan, with the Spring Baseball Tournament (Koshien) being the pinnacle of sport.

Watching a game of baseball in Japan is a completely different experience from watching a professional game in the States. First off, Japanese baseball has a few different rules. The ball itself is smaller and harder, the strike zone is smaller, and the field dimensions are downright illegal in some cases compared to Major League baseball in the States.

Games can also end in a tie in Japan. I know, Americans – it hurts my chest, too. Though if a game does end in a tie, it is neither good nor bad for their overall record for the year. So I guess there’s that!

OK, so now that we know the subtle differences, let’s talk about the experience of watching the game itself. Attending a baseball game in Japan can be overwhelming. Japanese fans are rabid, and seem to never sit down during the whole game. This is completely opposite to attending a game in the States, where the actual baseball is ancillary. The fun is in relaxing and soaking up the atmosphere with your friends and enjoying the weather. Or the dome. Most likely the dome.

But in Japan, cheering is a hands-on, full-body experience. There is dancing. Yelling. Singing. Synchronised cheers. You may find yourself asking, how does everyone know what to do, what to say, at what time? Did they all get together and practice beforehand? Is there some email chain you’re not a part of? No one knows! Just enjoy the game! 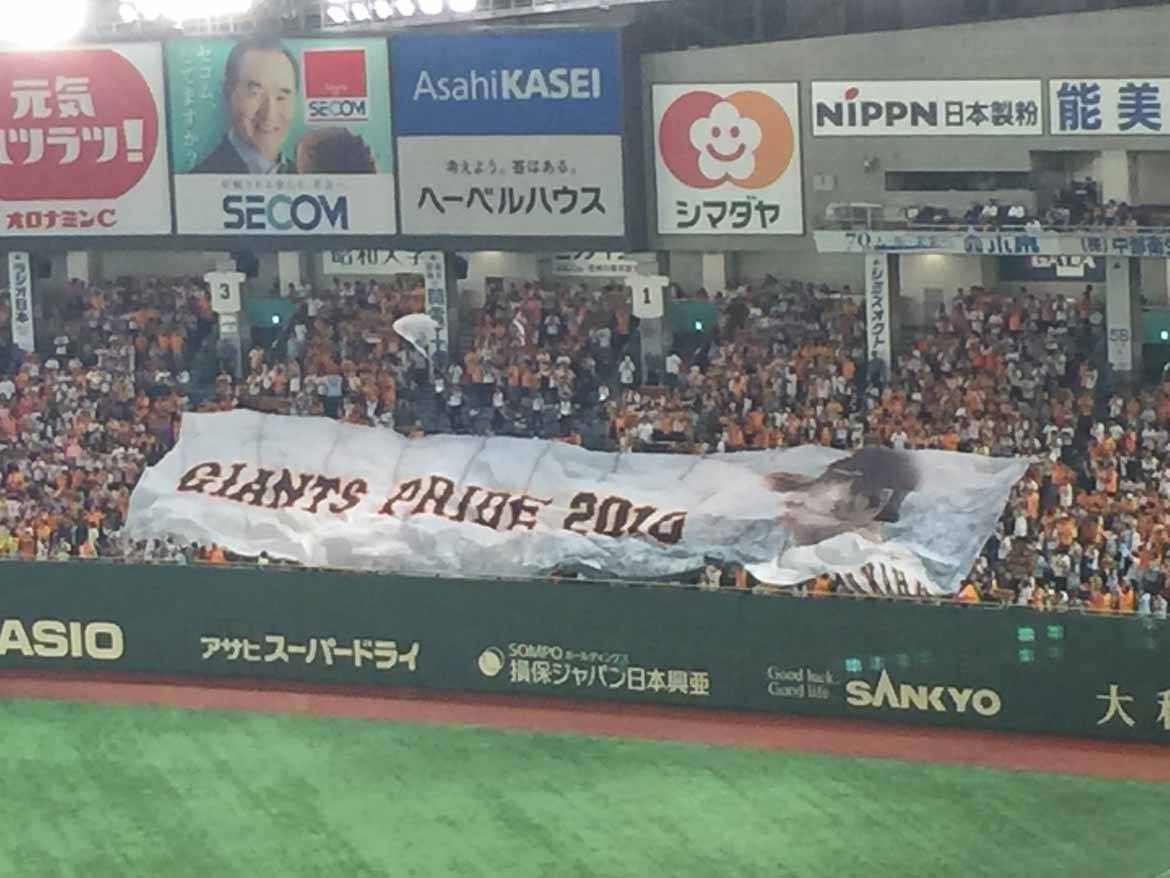 Concessions are also different in Japan. Sure, there are hot dogs, nachos, and soda. But they also serve curry, fish, and onigiri (Japanese rice balls). Also, if you want a beer in the stands, no problem. There are ushers with literal kegs strapped to their backs to serve you a cold draft beer right at your seat.

So, if you fancy checking out a professional baseball game in Japan, but think it may be the same old boring sport as in America, think again. Though it’s not the national sport of Japan, Japanese baseball is still a whole different experience!

If you’d like to see a game of baseball on your trip to Japan, simply let our travel consultants know and they’ll be happy to incorporate it into your itinerary. The baseball season in Japan runs from the beginning of April for eight months, concluding in October. Click here to get in touch today.