Skip to content
Thank you for signing up!
Subscribe to our Newsletter
HOME » Home » Tokyo Mystery: The making of a game

David and Brett are tour leaders for InsideJapan. Both based in Tokyo, they recently turned their capable hands to creating one of our most exciting new experiences: the Tokyo Mystery Game. Read on to find out how they fared…

A few months ago, much younger versions of tour leader Brett and myself were challenged to a battle of wits in one of the most complex metro systems in our solar system we know about: The Tokyo Underground (Read about our experience here). What a synaptic fry-up that was. Like skydiving with a parachute that only opens once you successfully solve a series of puzzles. Tears and joy. We were so moved, we set out to create our own game in the arena of Tokyo. Here’s a little about that process:

The Real Escape Game was interesting, but as tour leaders, we felt we could do one better in terms of locations visited. This is a fantastic city, and while everyone should see Tokyo Tower and Meiji Shrine, sites such as these are already pretty prominently displayed in tourist information and marked on maps. We wanted to show players—or rather have successful players show themselves—a side of Tokyo even the locals rarely see. They might find they prefer these discoveries to the heavily trampled tourist enclaves. Either way, it will provide them with a more colourful and complete mural of Tokyo at the end of the day. 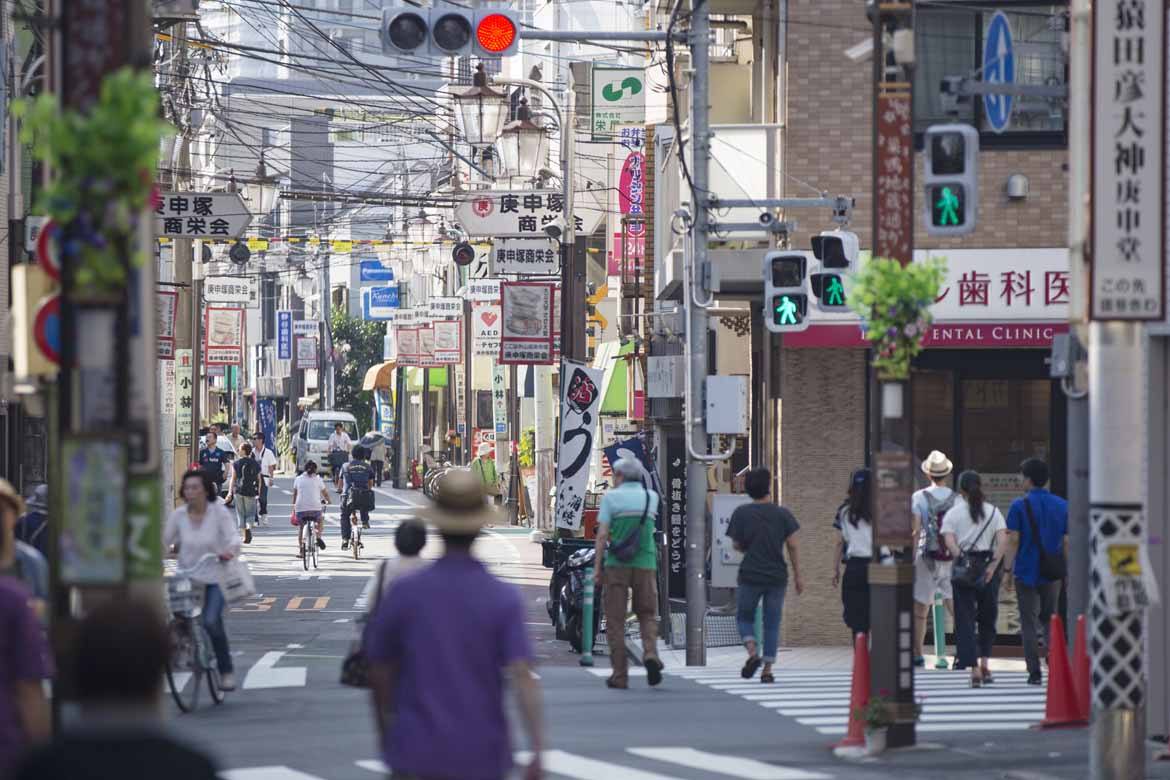 We wanted our game to start and end in areas that overlapped with the typical tourist trail, for ease of access and to evoke an effect of traveling to a secret world – like Alice in Wonderland. Once we had settled on the ingress and egress points, we had to consider the flow of our adventure. We didn’t want anyone to backtrack, unless there was good reason, as this dilutes the novelty somewhat.

Then there were the questions. We had to work with what was readily available, since we couldn’t guarantee access to internet. That meant that we couldn’t refer to history, instead encouraging everyone to read about where they visited post-game. We also didn’t want to make the questions as difficult as what we had experienced on The Underground Mysteries, so that even puzzle novices stood a good chance of completing the game in one day. 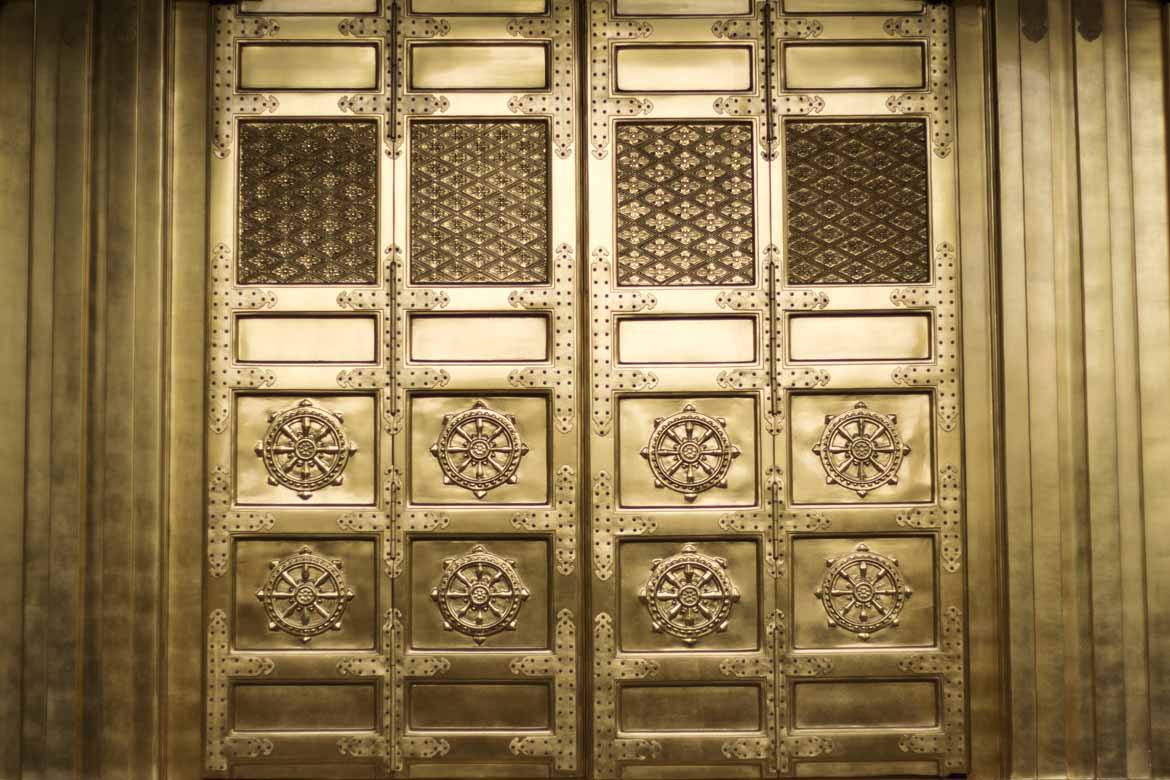 How does it work?

How does solving a problem at point A get you to point B and beyond? We found that one of the simplest ways to do this was by using an alphanumeric key, wherein A equals 1, E equals 5, and you get the idea. This way you could say, “Change the name of the station into numbers, add them up, the sum equals the bus you board.” So, for example, Ueno would be 21 + 5 + 14 + 15 = 55. We might even be nice and tell them where to board bus 55.

It can work the other way around just as well, and sometimes more interestingly. You might visit two or more locations to get the components needed to spell out a station – by counting stories of a building, rungs on a gate, etc. None of these particular exercises are in the game, naturally, but this is some of the logic behind the way it works. 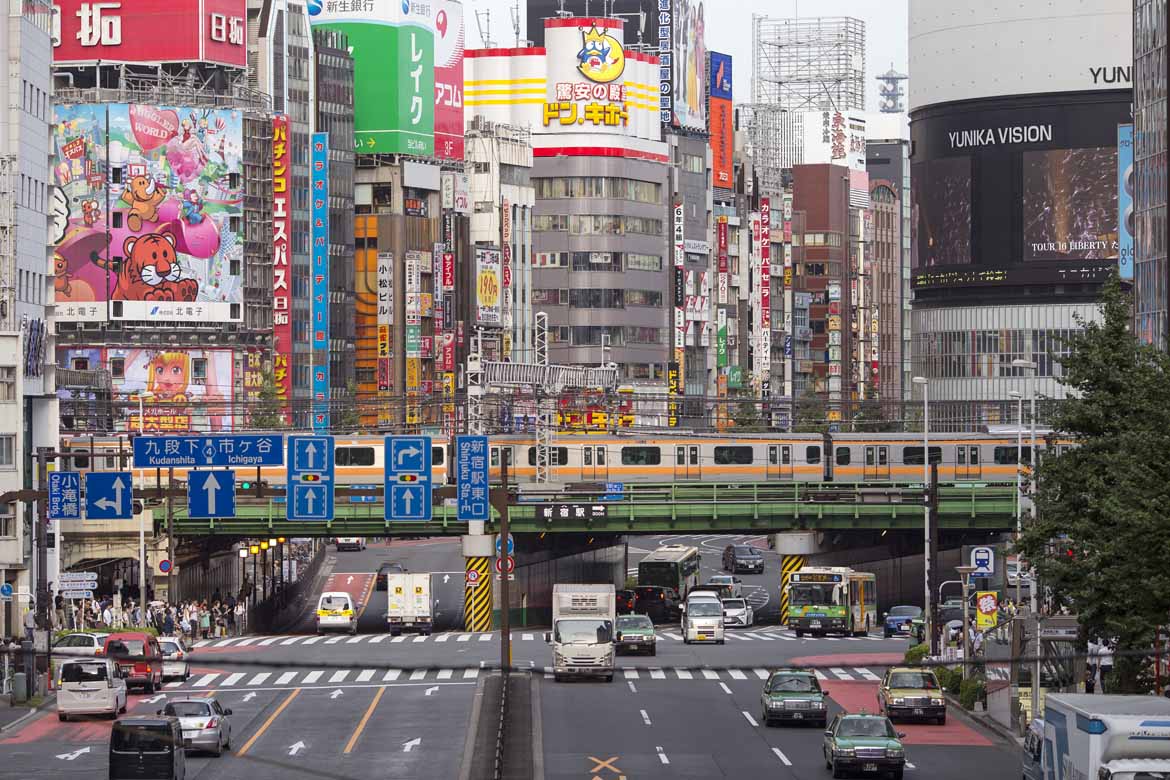 One very important factor we had to take into account was change! In a country equally adored for preserving tradition as trailblazing the future, we don’t want your scavenger hunt to end due renovation, relocation or the odd closure. We took great care not to send anybody on a wild goose chase – but that said, any error along the way would add significant delays at best, so the emergency hotline has the answers for anyone stumped. 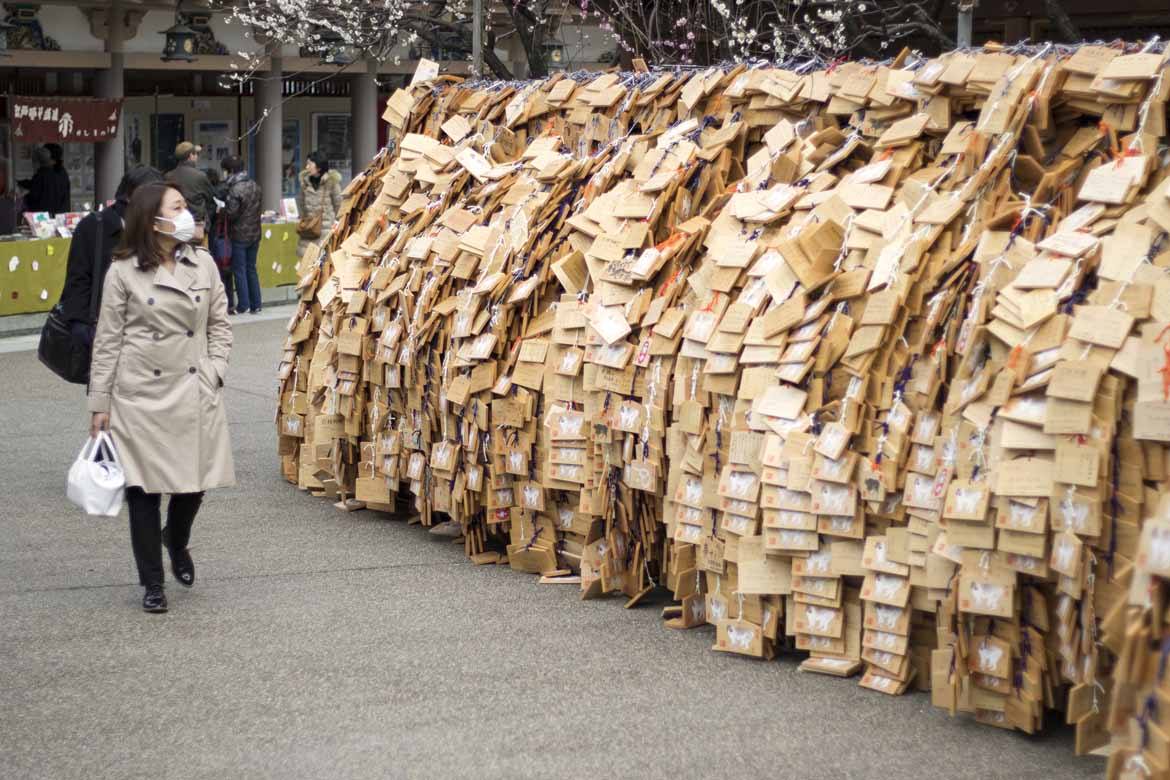 Getting lost in translation

Comprehending the local language was our next big barrier. After spending so much time trying to learn what signs say, we had to try to forget, to make sure we weren’t using any Japanese to complete the game. This forced us to focus on universal symbols or the odd English word to guide participants around an unfamiliar environment. Another challenge was determining the distance between signposts, too close together and it becomes facile and uninteresting; too far and it’s befuddling and infuriating. Where is that Goldilocks balance? 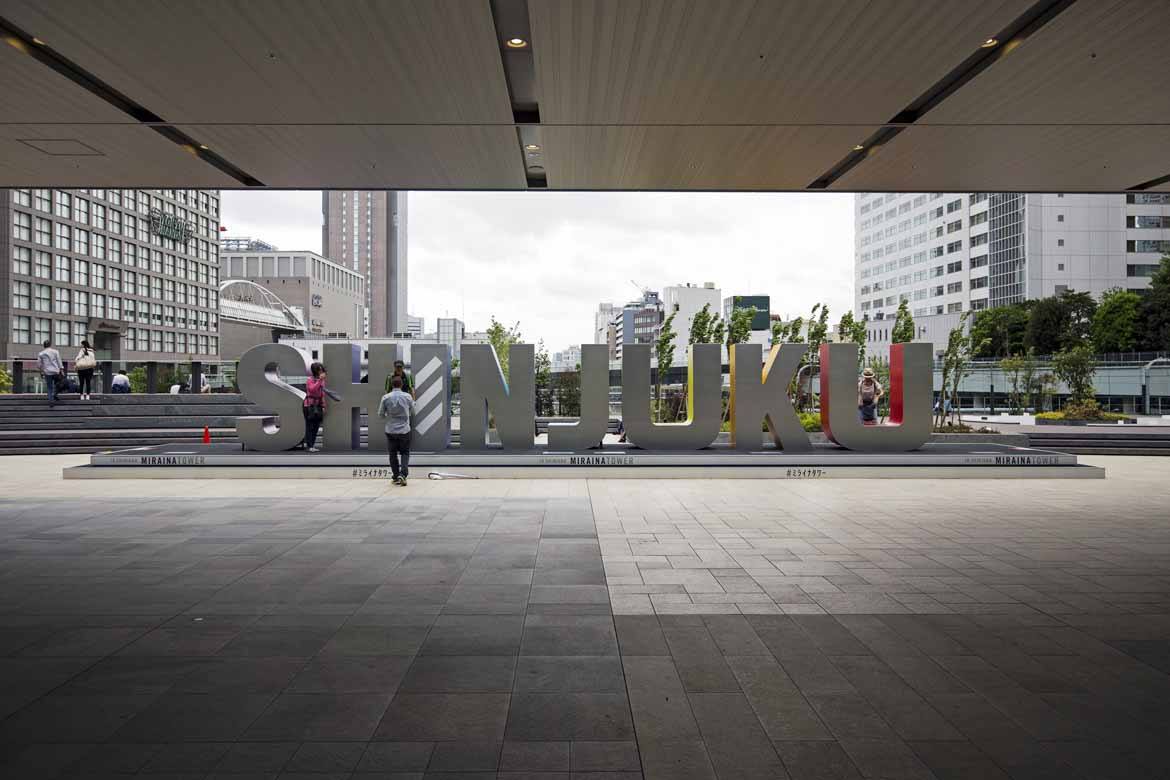 There is also the matter of acclimating to a walking culture. Temples, parks, shrines, gardens, stations: they each require several hundred steps, and sometimes just as many between them. While hitting the streets is undoubtedly the best way to see a city (especially one as clean and safe as this one), we wanted to avoid the mind and body having a falling-out over blood supply.

Sometimes there’s no way around a stroll, but they are pleasant and interesting enough in their own right, plus there are plenty of opportunities to rest and refresh. We played it forwards, backwards and sideways, okay, I made that last part up. But we tried timing it, doubling our numbers to account for wonder or confusion. 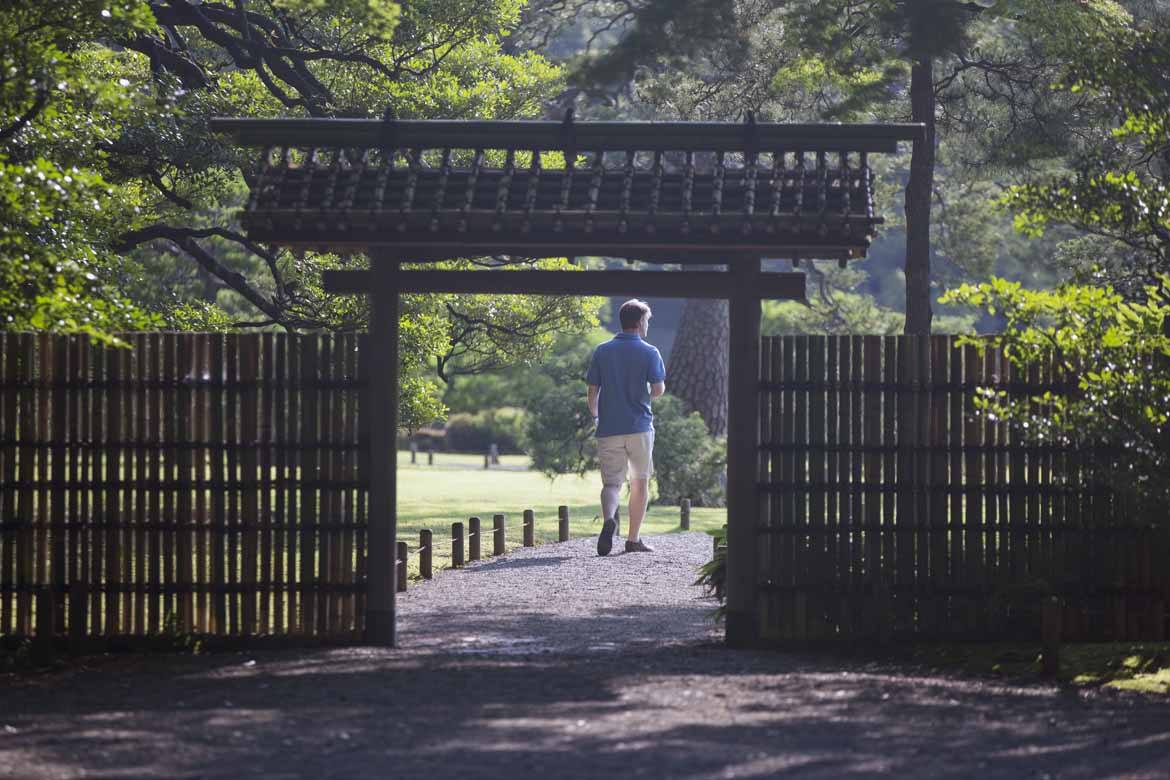 A lot more could have been included, but rather than overdo it, we decided to save the extra material for the next iteration of the game, dependent upon feedback from this one of course. We really like the route and destinations, and what Kate in the UK office did to design the game pack was phenomenal. Hope you have a chance to play it, and keep your eyes open for more!

David & Brett’s Tokyo Mystery Game can be included on any Inside Japan itinerary. Just talk to one of our travel consultants to find out how to make it part of your holiday.