Skip to content
Thank you for signing up!
Subscribe to our Newsletter
HOME » Blog » A Fiery Festival and a Red Hot Tip for a Nara Day Trip 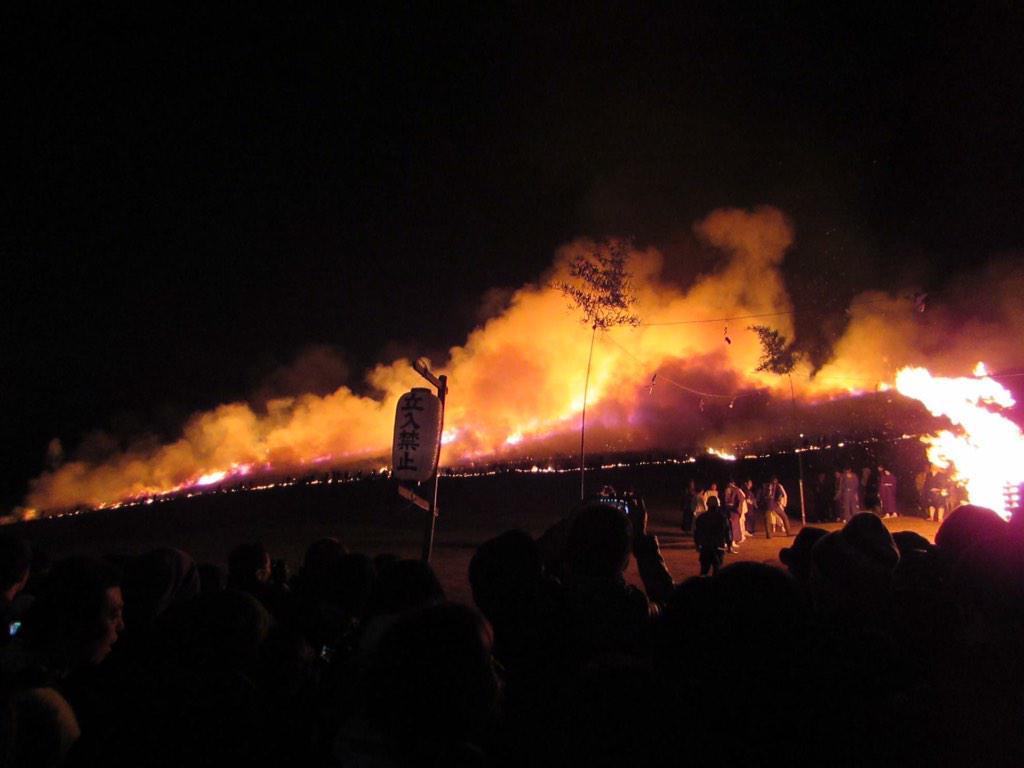 I’m lucky enough to call the historic city of Kyoto my home, but it’s also a destination that features on the majority of our Small Group Tours and also in the tailored Self Guided Adventures that we put together for independent travellers. Not only is Kyoto a fantastic place to spend a few days exploring, but it’s also a great base for making day trips, and the ancient capital of Nara is probably the easiest and most popular option.

I visited Nara last weekend to check out the annual Wakakusa Yamayaki festival, in which Mt. Wakakusa in Nara is set ablaze! This is an event that takes place on the 4th Saturday in January every year (although it’s re-scheduled for the following Saturday in cases of heavy rain), so you’ll need to wait until January 23rd 2016 if you want to attend (although there are some pictures below to whet your appetite!). In the meantime, I’d also like to let you know my top tip for enhancing a day trip to Nara that you can enjoy year round!

Nara is located just 45 minutes from Kyoto by train (and if you’re travelling with a Japan Rail Pass, you can use your pass to make the journey at no extra cost). Although there’s plenty to see and do in Nara, it’s possible to see the main sights in half a day, so my top tip is to stop off on the way at Obaku station to visit one of Kyoto prefecture’s hidden treasures – Manpuku-ji.

Manpuku-ji is a Zen temple belonging to the Obaku school of Zen. There are three schools of Zen; Rinzai, Soto, and Obaku. The Rinzai and Soto schools are the largest, with Rinzai temples traditionally having had more of a stronghold in the cities (most of the Zen temples in Kyoto belong to the Rinzai school) and the Soto school being more prevalent in rural areas. The Obaku school is a much smaller and lesser known school, and although all schools of Zen made their way to Japan via China, the Obaku school retained far more of its Chinese characteristics, which is reflected in much of the temple’s architecture. This makes it a particularly interesting temple to visit. Let’s have a look why… Let the photo blog begin!

Having stopped off in Obaku to visit Manpuku-ji, it’s just a short walk back to Obaku station to continue on to Nara. Although you can take a local line train from Obaku station straight there, you can shave 10 minutes off your journey by getting off at Uji, the next station, and hopping onto the next Rapid Service train, which takes less than half an hour.

Even though I stopped off at Manpuku-ji, I still made it to Nara just before lunchtime. There are lots of great restaurants offering great value lunch deals lining the roads from JR Nara station to Nara Park in the centre of the city, where you will find the majority of Nara’s sights.

Although I was visiting Nara for the Wakakusa Yamayaki festival, I still had time to visit Nara’s main attractions before the main event kicked off. Let the photo blog re-commence!

The origins of the Wakakusa Yamayaki festival are a little obscure. Some say that it evolved as a means of settling boundary conflicts between the different temples in Nara, while another view holds that it was a method to keep away wild boars. In any case, it’s a unique and spectacular event, and well worth attending if you’re in the Kansai area at the end of January. Of course, at any other time of year Nara is still a great place to visit as a day trip from Kyoto, but don’t forget to stop off at Obaku to visit Manpuku-ji on the way!