Skip to content
Thank you for signing up!
Subscribe to our Newsletter
HOME » Blog » Inside a traditional Japanese house

Tour leader Richard, has recently moved house in Japan. He is not in a city apartment, but he is way out in rural Japan and in a huge traditional house. Want to know what a traditional country house looks like?…read on…

When I am asked by Japanese people where I reside in Japan, my response is usually met with a combination of disbelief and amazement. You see, I live in a beautiful little village in a beautiful prefecture called Tottori. With the smallest population for a prefecture in Japan, Tottori is considered the most rural of them all. However, that’s why I love it and that’s why I choose to stay. Tokyo and Osaka are great places to visit, I often do, but they are not for me. Countryside all way, please.

Tottori, like many rural areas in Japan, is facing the double challenge of urban migration and an ageing population. Evidence is never far from sight. Most of my neighbours are in their 60’s and a few are in their 90’s. Younger Japanese are at a premium in these parts, with the lure of better jobs and wages nearer the major cities proving too irresistible for many. And empty buildings. Lots of them. However, if you ask around and the right people (i.e. NOT the government officials at city hall who are supposed to be in charge of such matters) its possible to find some really beautiful and huge places for the price it costs to rent a cupboard in Tokyo. And that’s what happened to me recently. I would like to share with you some photos and a brief description about some of the special points of a traditional, countryside Japanese house.

1) Large, attractive entrance area with wooden screen. The inside of a Japanese house is strictly a no shoes zone. The screen is useful as it’s normal for guests (expected and unexpected) to open the door and walk into the entrance area and announce their presence! Have never quite gotten used to that custom. 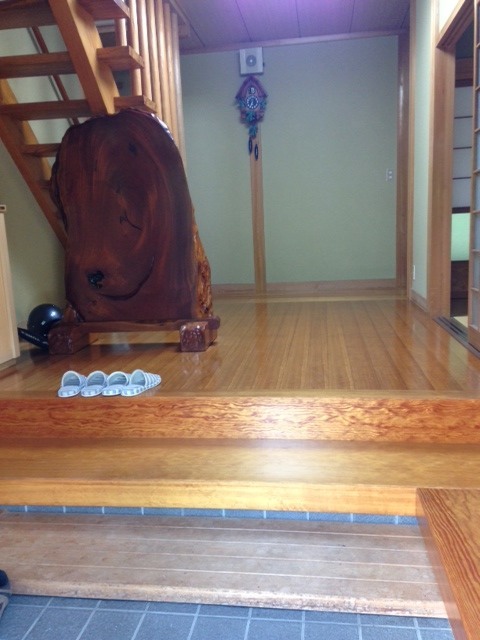 2) Speaker/tannoy system. One of the stranger features. Basically a public announcement system for the pocket of houses located together. Each announcement starts with the speaker (usually an older gentlemen) playing a few notes on a xylophone next to the microphone. Old skool. 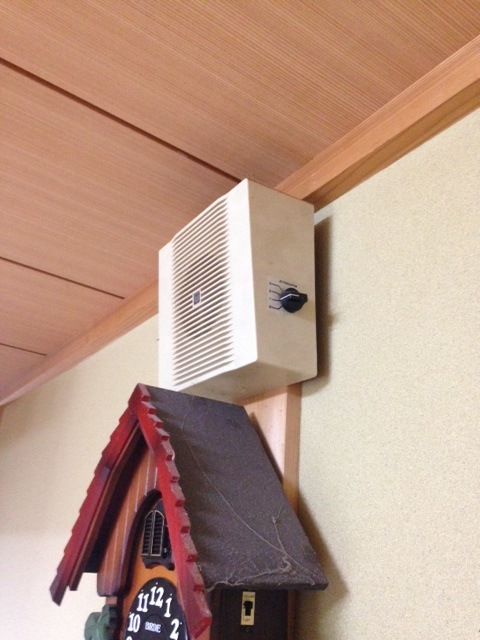 3) Large Tatami room with low table. Tatami is type of straw matting, originally associated with the nobility and aristocrats. To be used when formally entertaining guests and having a party with friends and family. No red wine allowed on my tatami! My house also has two other tatami rooms for sleeping on. 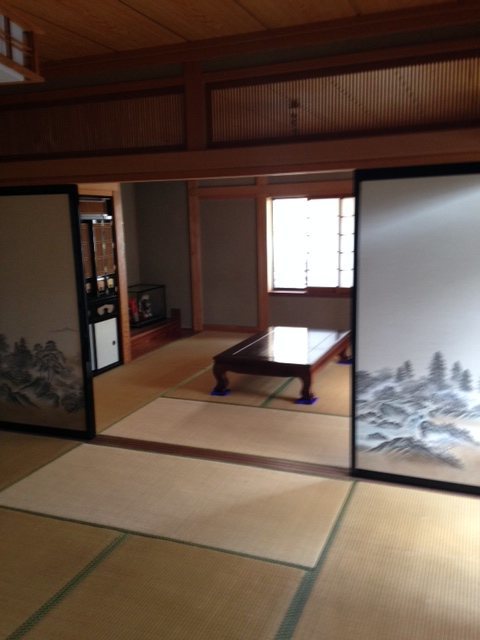 4) Shrine! Used to pray to your ancestors. The finer detail really is quite special. 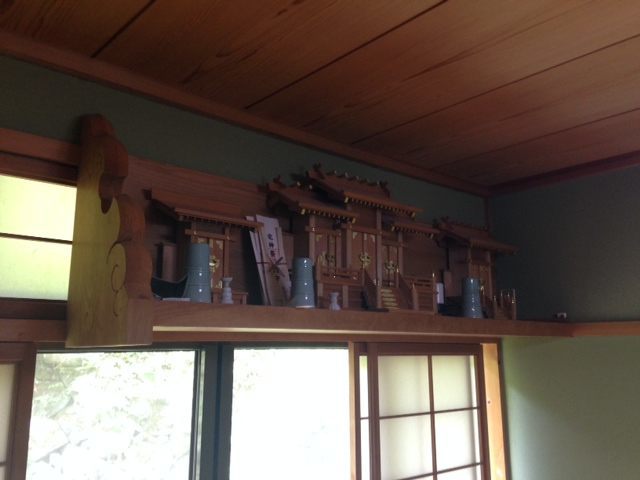 5) Last, but not least, Japanese homes are a toilet heaven! The main toilet comes with lots of bells and whistles including a washlet, bidet and a drying function. There is also a separate urinal and even a traditional squat style toilet in an outside room! 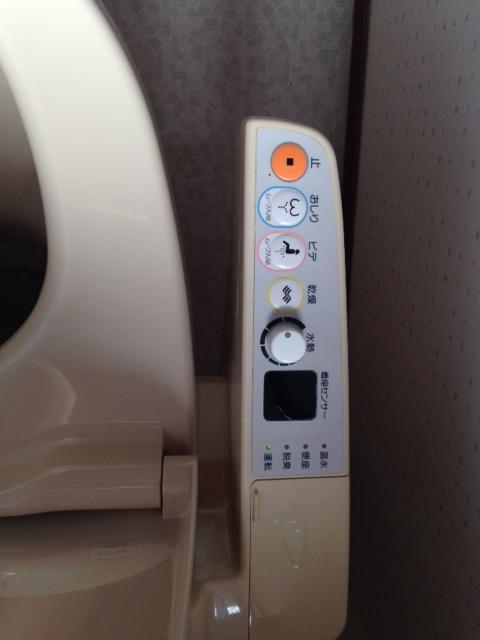