We are already half way through 2014, but for those who plan to spend their January holiday in Japan (this year or in future years), there are plenty of festivals to check out and things to do during this brisk winter month. People who want to know what to do in Japan during January should look no further…

For those who are going to Tokyo, check out the Dezome-shiki, which is also known as the New Year’s Parade of Firemen. This parade takes place on January 6, 2014. The Tokyo Fire Department organizes the event, which is held in order to pray for a safe year for the department. More than 100 fire trucks and fire engines are on display along with some very acrobatic firemen doing things in a more ‘traditional way’.

The ‘Dosojin’ matsuri or ‘Fire festival’ is held in the traditional ski resort of Nozawa Onsen in the middle of the Japanese Alps. The festival is held every year around January 13/15th and consists of wood, fire and lots of sake. The 25 and 42 year old men of the village construct a wooden ‘shrine’. The 42 year olds sit on top of the structure, the 25 year olds guard the structure and all the other men of village try and burn it down. Quite insane. 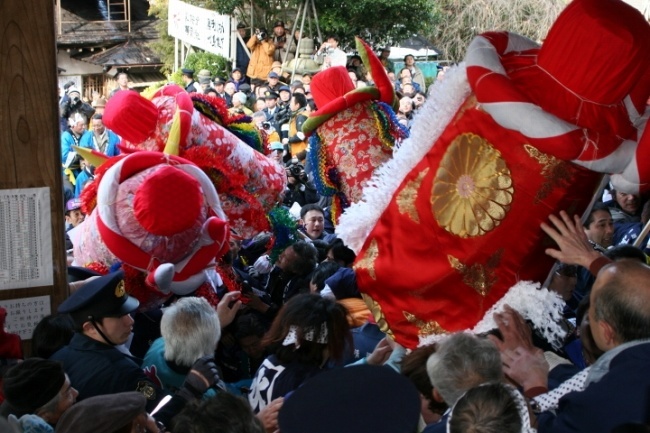 Head to Akita on January 17, 2014 for the Bonden-sai. Also known as the Bonden Festival, this event is a contest that celebrates the person who reaches the sacred mountain first with their Bonden in hand. A Bonden is a large sacred wand that is said to represent the gods descending into the human world.

This is an exciting time of the year, filled with local festivals and cultural events that showcase the customs and traditions of this ancient land. January is the perfect time to see the sights of Japan and visit all of the famous tourist attractions (comparatively empty compared to other times of year), while also enjoying some of the more unique, local festivals that only come once a year. Crisp blue skies, empty temples and gardens, culture in abundance – Winter is the new Spring!