When the famous Haiku poet Matsuo Basho set off on his pilgrimage to the North he was to discover rural Japan, a land of lush landscapes and rich in legend. As you journey through the pilgrimage towns of Tohoku you'll experience some of the same Japan as the great poet. Read more >

From the ornate temples and shrines of Nikko National Park to the spiritual forests of Mount Haguro; from an atmospheric overnight stay at a pilgrims' lodging to the ramshackle buildings of Nyuto Onsen; be prepared to see a very different side of Japan to what you've known before.

This is your chance to explore a rich and enchanting side of Japan rarely visited by tourists. There are many ways you can extend your Tohoku trip, including adding in a side trip after Mount Haguro to rugged Sado Island, home of taiko drumming, and if you're travelling in winter, the hot spring town of Ginzan Onsen is postcard-perfect in the snow. Let us know your interests and we can tailor the itinerary accordingly.

Transport: please note that this itinerary includes five days' driving, which is the best way to explore the Tohoku region. If you're worried about driving in Japan, we can make alternative arrangements such as a private car (at additional cost). There is also public transport; Tohoku does have a Shinkansen bullet train line running up the middle of the region but after that you have to reply on slightly infrequent local train lines.

Driving in Japan: Please note that to drive in Japan you will need to obtain an International Driving Permit (IDP) before you leave your home country. 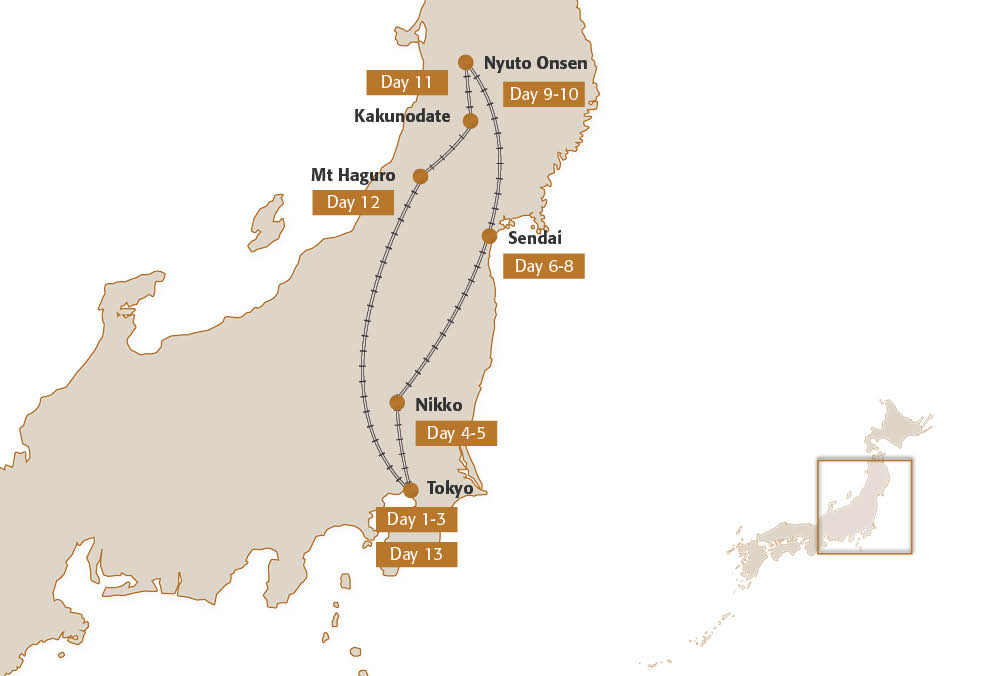