With something of the atmosphere of old Kyoto but on a smaller scale and without the crowds, Nara is a beautiful, laid-back place to spend a couple of days. The city's old town district is a lovely place to wander around, but Nara's main attraction is its large, green park filled with ancient temples and friendly deer. We recommend visiting Todai-ji Temple to squeeze through the “Buddha's nostril”, and buying a few crackers to feed to the deer! 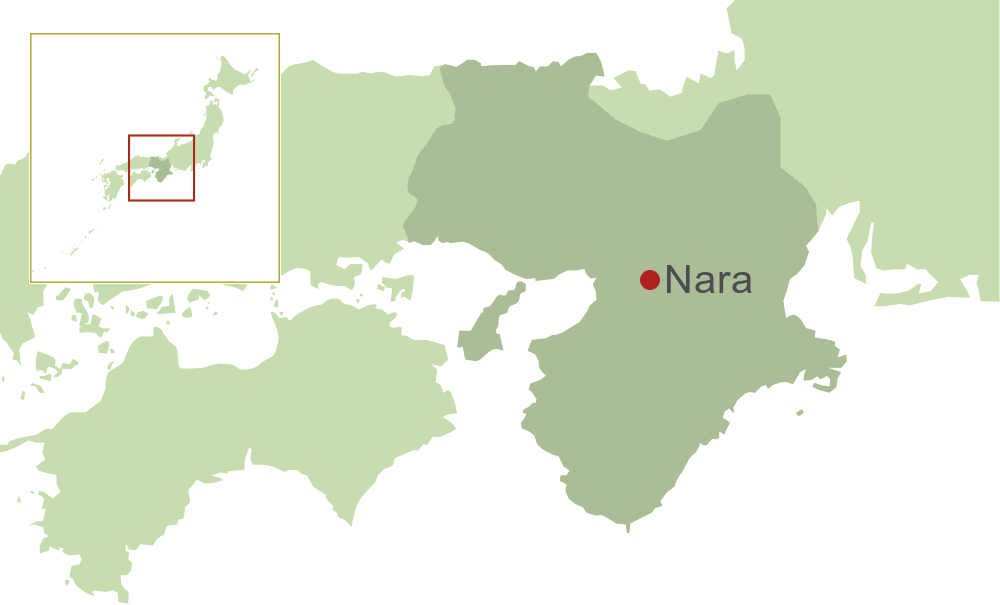 “If beautiful pagodas and magnificent statues of Buddha enchant you, then Nara park is the perfect place to stroll between them”

Yet Nara wasn't always so peaceful and laid-back.  The city's turbulent history began in the 700s when the city was founded under Tang Dynasty China.  As the final destination on the Silk Road, Nara rapidly absorbed ideas form China, Central Asia and Persia becoming the grand diocese of Buddhism in Japan.  Perhaps inevitably for a place of such religious importance, Nara was many times the victim of warring samurai clans and monk disputes with several great fires razing the city.

Today, the most famous tourist attraction is Todai-ji Temple; the world's largest wooden building which houses a mighty bronze daibutsu or giant Buddha statue.  More than 2,600,000 people are believed to have helped build Todai-ji during Nara's brief 74 year reign as Japan's capital.  The project nearly bankrupted Japan at the time, using most of the nation's bronze supply.

While the impressive Buddha casts a serene aura across the temple, a more amusing sight is just around the corner. One of the Great Hall's supporting posts has a hole through the base said to be the same size as one of the daibutsu's nostrils.  According to legend, those who squeeze through the hole will be blessed with enlightment in their next life.  A word of warning from experience though: Only the skinny should apply!

Regular sized people, please fear not.  Visit any of Nara's shrines to make a prayer.  After throwing a five yen coin in the altar box, ring the bell to wake the gods.  Bow twice, clap your hands twice while thinking about your wish and then bow once more.  Apparently more specific wishes are better than vague ones!

Nara's most infamous inhabitants are the 1,200 shika or deer, believed to be messengers of the gods.  Today the deer are protected by city law and wander freely around Nara Park happily feeding on deer biscuits bought by tourists or brazenly interrupting family picnics!  The deer have become Nara's symbol; even Hello Kitty models deer antlers on Nara souvenirs.

Nara offers a wealth of exciting experiences that will help you get beneath the surface of Japan's fascinating culture. See below for a few of our favourites

The Climate Guide for Nara, Japan is perfect for planning your holiday. Monthly weather averages give the best indication of what the weather is usually like for every month of the year including figures for temperature, rainfall and sunshine.